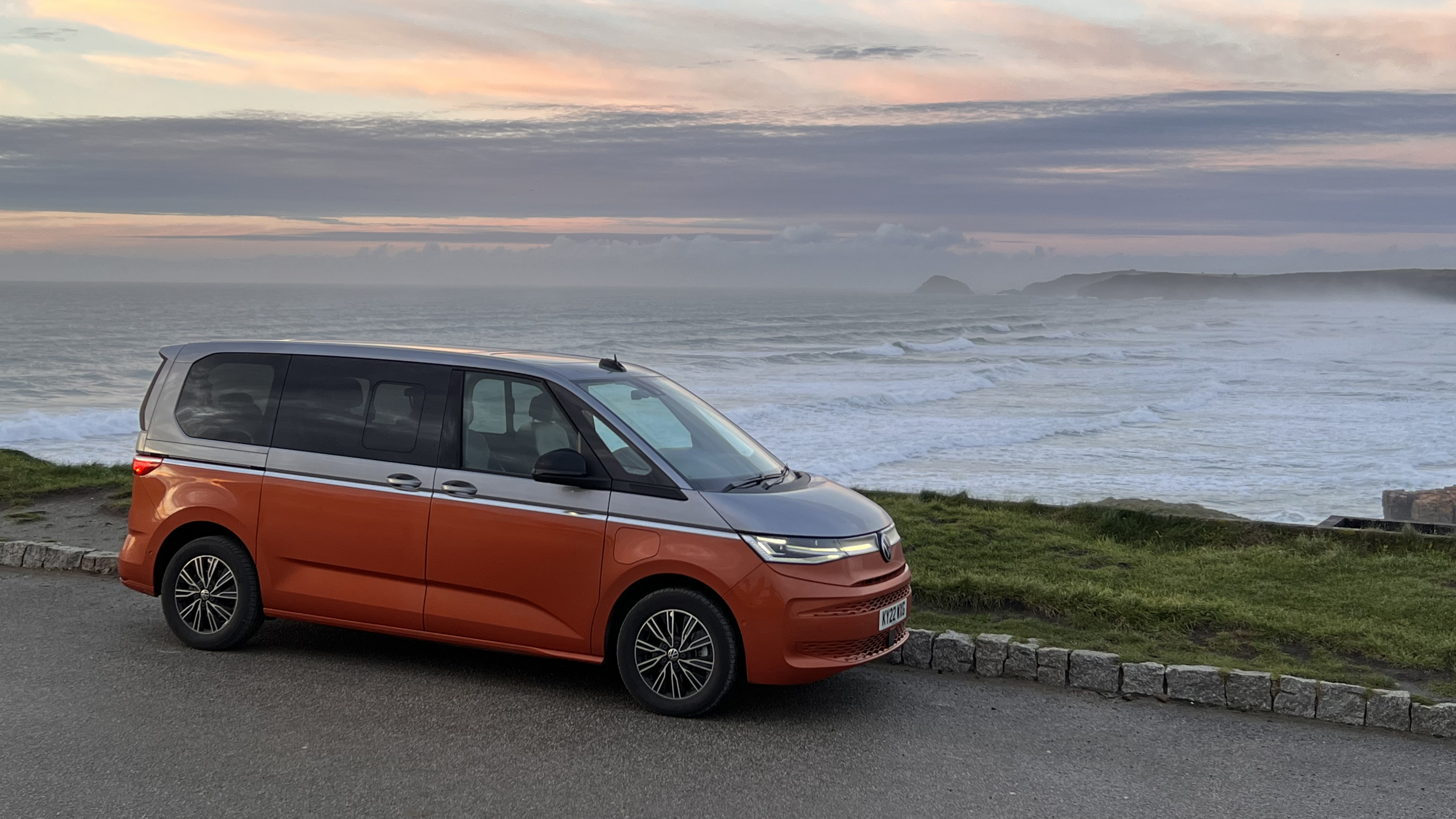 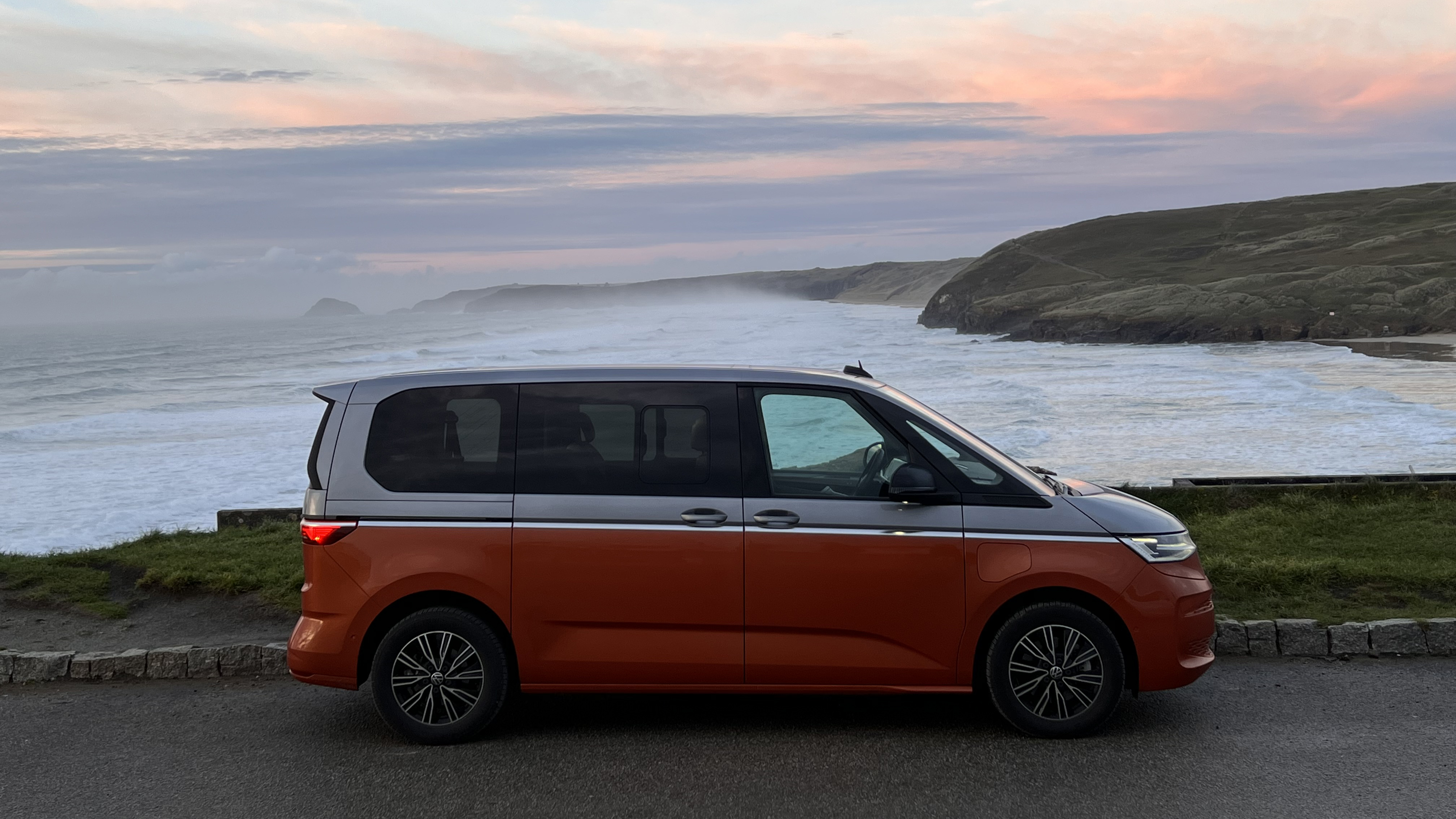 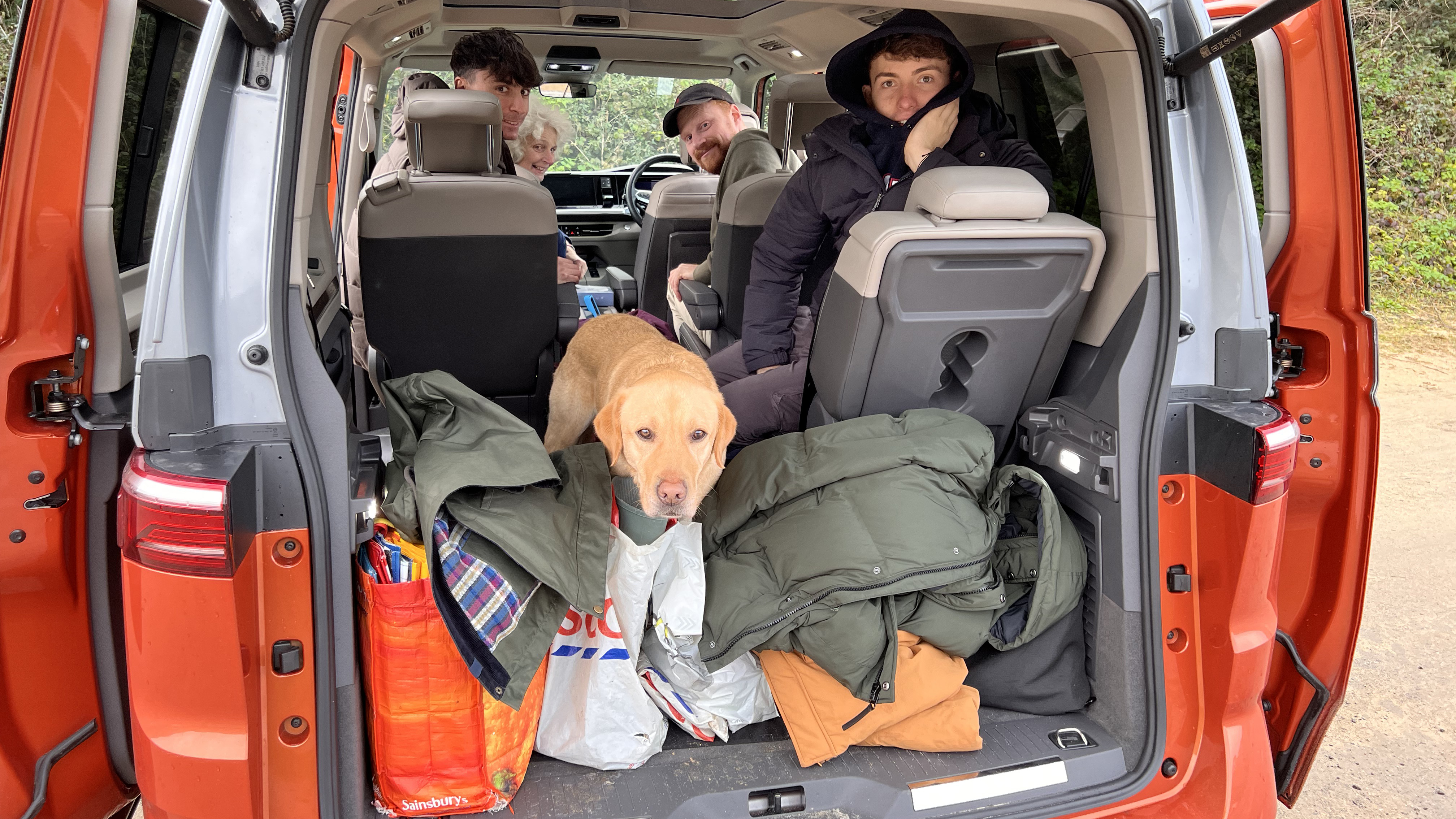 How does VW’s Multivan cope on a long distance roadtrip?

Volkswagen’s Multivan arrival to the Top Gear garage couldn’t have been better timed for me, the day before I was due to head to Cornwall for a Christmas getaway – mum, brothers, partners, dog and all our luggage in tow. Not the gentlest of introductions then, but one I had big expectations from. Cornwall is VW van heaven, after all.

But despite that name, the Multivan is actually not a van, instead sharing the same platform as its VW car counterparts. It comes with the full suite of petrol, diesel or plug-in hybrid powertrains too – ours is the latter and mates a 1.4-litre petrol engine with 114bhp e-motor and 13kWh battery for a combined total of 215bhp and up to 31 miles of electric range.

Certainly eye-catching, isn’t it? Before we set off we decided to ditch two of the seven seats we wouldn’t be needing. This is a simple two-step procedure, firstly involving folding the seats flat, and secondly pulling the red tab underneath and lifting out. They’re not the lightest of things admittedly, but even more reason to remove any you don’t need.

That done, it was time to load up. The Multivan offers 469 litres of luggage space behind the third row of seats, 1,844 litres (1,850 litres with panoramic glass roof) behind the second row, or a whopping 3,672 litres if you run it as a two-seater. This was shaping up to be the most luxurious journey Dudley, our Golden Labrador, had ever experienced.

The bulk of the 276-mile journey down was unsurprisingly spent on motorways. It’s an easy thing to drive thanks to light steering and well-weighted pedals, although there is a fair amount of road noise at higher speeds. Not enough to deter my not-quite-finished-for-Christmas-yet passengers from making conference calls along the way, mind. “It’s like a spaceship,” they agreed, praising the armchair-like seating, individual climate controls, USB ports on every row, and height adjustable centre console complete with cupholders and fold out tables. Its persistent rattling, mind, which we never managed to stop, proved a little irritating. Still, it feels a better thought out interior than the ID.Buzz, undoubtedly.

While the hybrid engine reverts to electricity as much as possible, it quickly ran out of juice, illustrating its perhaps better suitability to around town dwellers, rather than regular long-distance journeys like this where you have to haul the weighty batteries along with you. Still, we managed a reasonably respectable 40.1mpg on the drive down.

Over the next five days, we did a further 300 miles travelling around Cornwall, where it quickly became apparent just how popular VW vans are round these parts. Caddys, Californias, Caravelles, they’re everywhere, which meant the Multivan got plenty of attention. But spend a week with one and it isn’t hard to see why, with the Multivan simply taking the hassle out of every journey. Sliding doors are a plus point when it comes to parking too, but watch out for the huge electric tailgate – park too close to any cars behind you and it’s an accident waiting to happen.

When we set back home after Christmas, a journey that should have taken five hours predictably ended up taking seven. But this is the sort of car that you don’t mind passing the hours in. We simply put an audiobook on, enjoyed our pre-prepared picnic on the move (the sliding centre console proving particularly handy), and sat back and relaxed while the miles, and the hours, slowly whittled by.

For a trip like this, it’s hard to argue against the Multivan. It proved the perfect companion over the course of near enough 850 miles, as easy to drive as anything else out there while also impressively comfortable, spacious and practical for both its two and four-legged passengers alike. Now let’s see how it copes with day-to-day life.