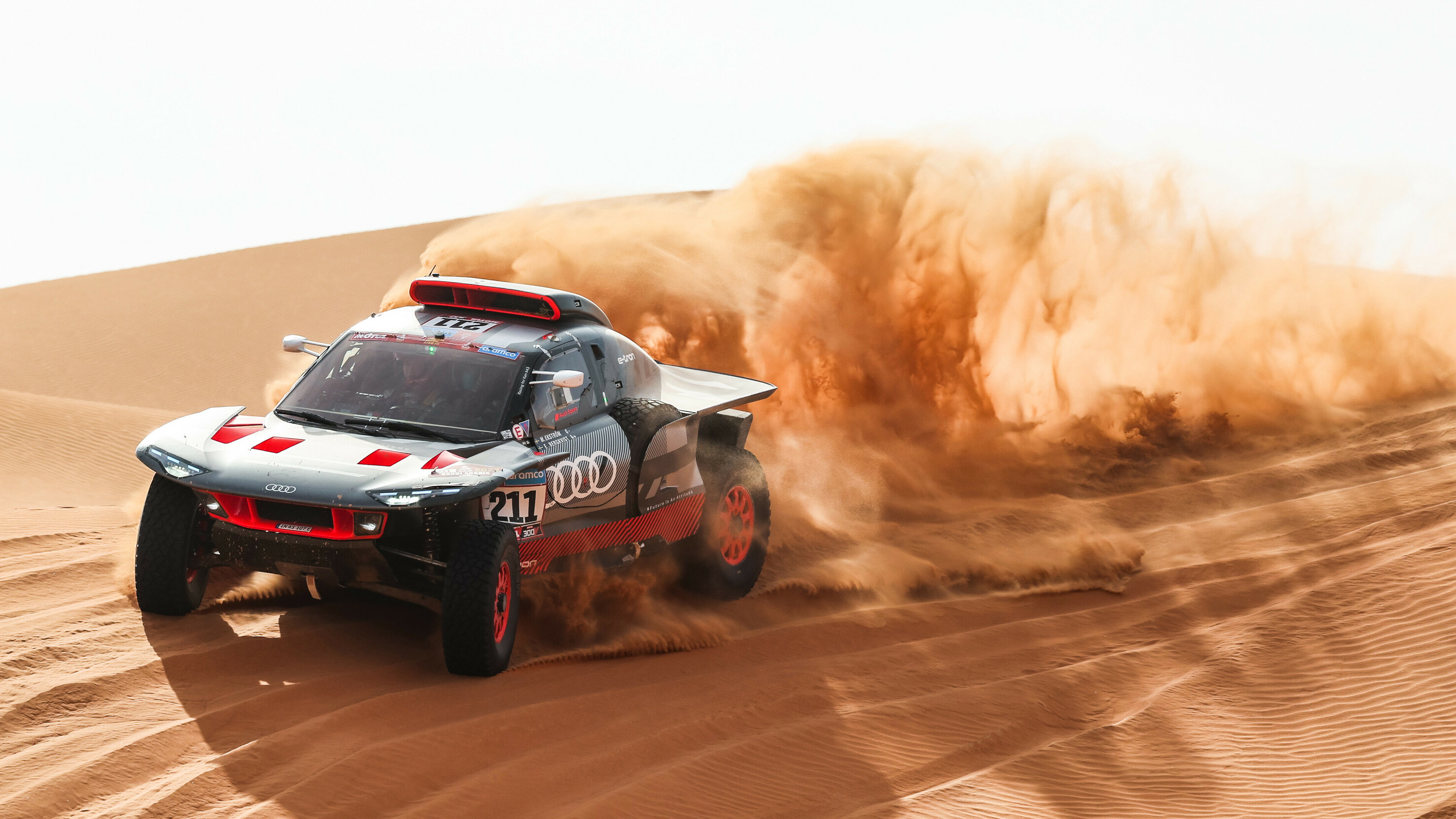 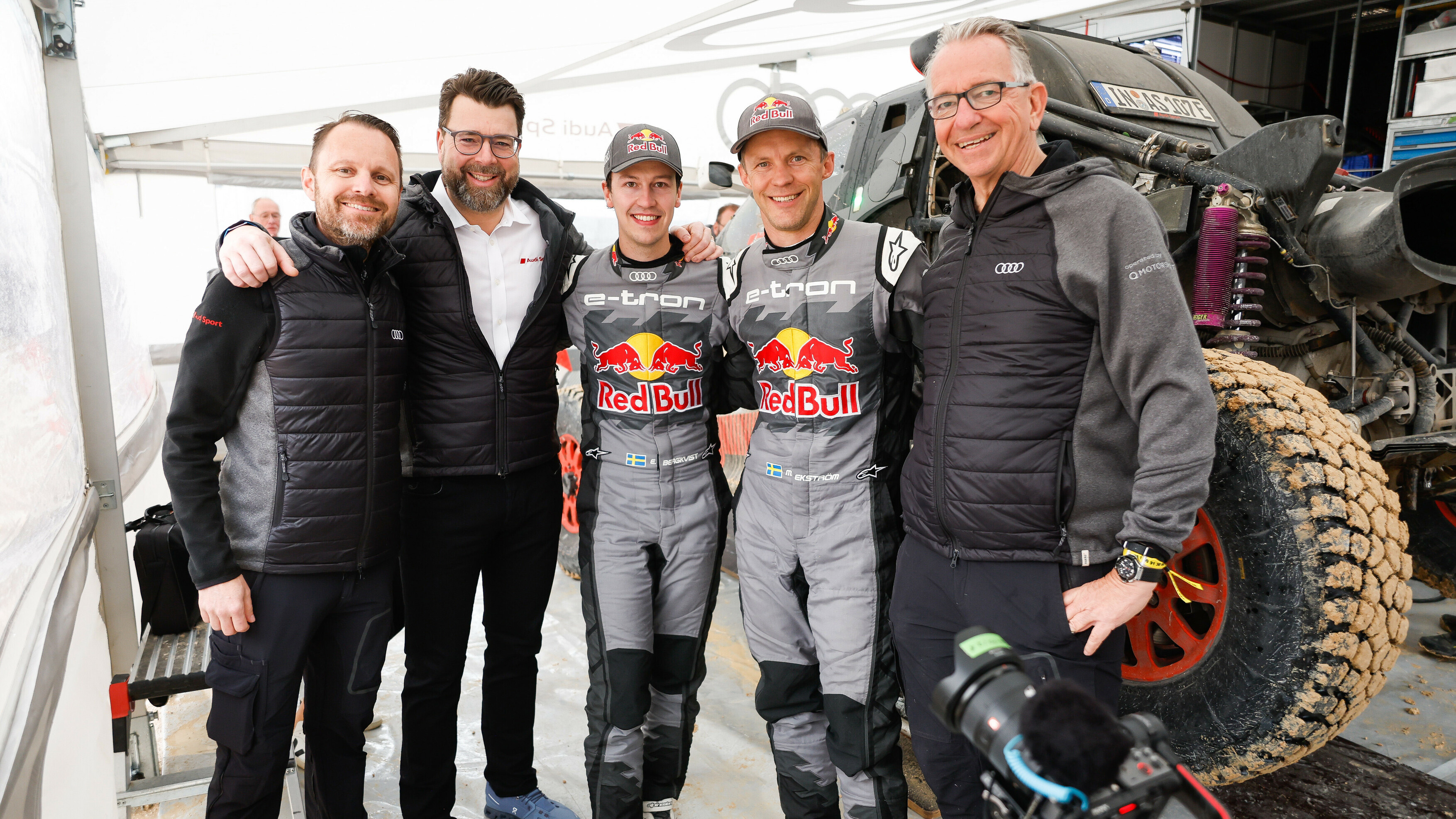 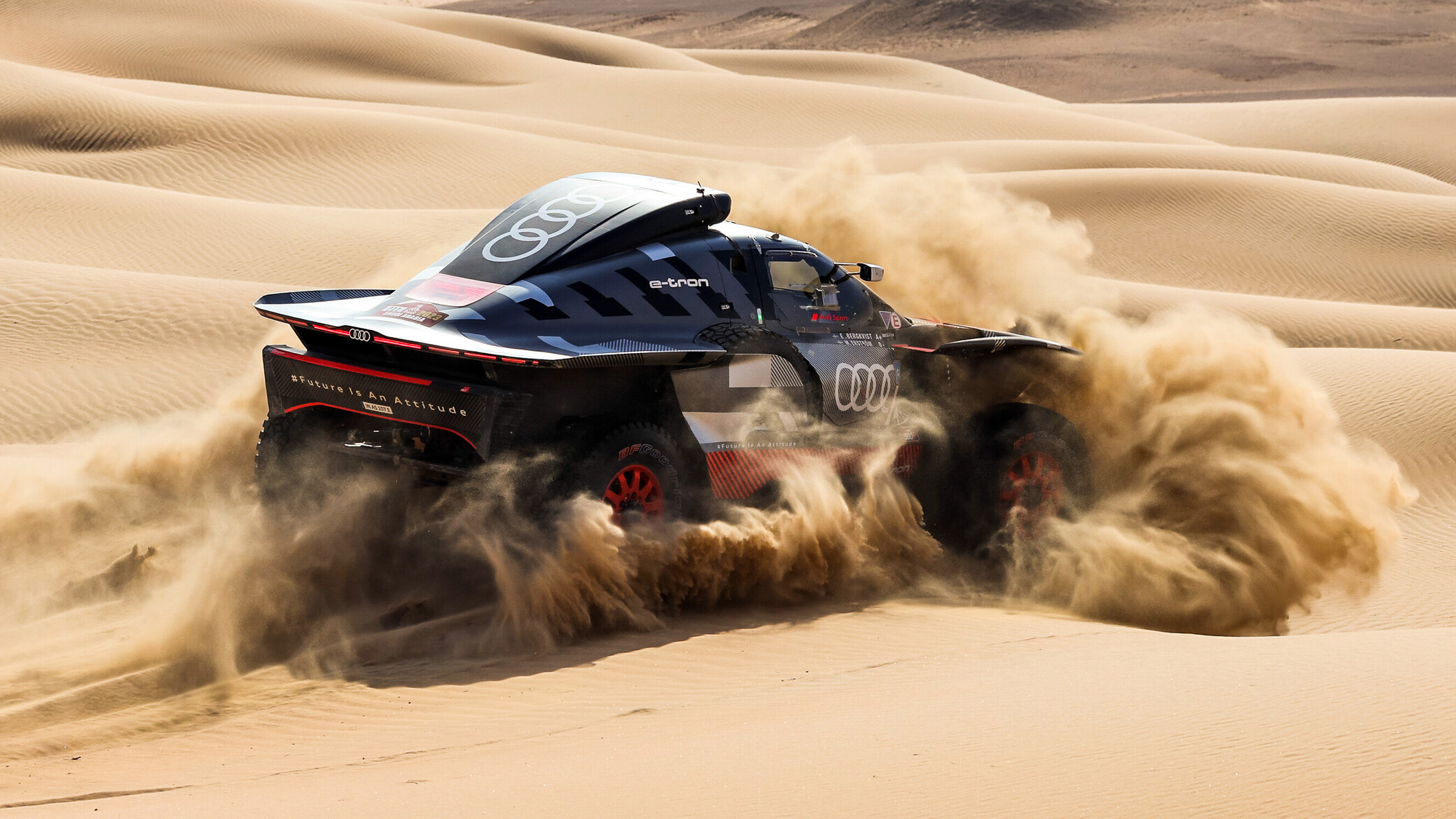 The Team Audi Sport crew had two major causes for celebration on the penultimate day of the 2023 Dakar Rally. First off, the fine form of Mattias Ekström carried on as he snared a fourth stage podium on the trot to continue his mesmeric rise in the overall order. And second, it has been officially confirmed that the RS Q e-tron will be back for more. The electrified rally-raid machine will return to take on the iconic off-road enduro in 2024.

Competitors waved goodbye to the famous Saudi Arabian Empty Quarter on Saturday as they embarked on a 669km trek from Shaybah to the final bivouac at Al-Hofuf. The timed element of Stage 13 stretched for 154km and again presented drivers and navigators with the need to surf the dunes and battle motion sickness in the desert heat.

Those obstacles did little to slow the progress of double DTM champion Ekström and his trusty co-driver Emil Bergkvist. The pair coped exceptionally well, despite their unfamiliarity with the terrain, to clock the third-fastest time of the day. The #211 car crossed the line in a little over 2.5 hours. That put them fewer than seven minutes behind stage winner Sébastien Loeb and barely a minute adrift of overall event leader Nasser Al-Attiyah.

Given that Ekström was hurt by punctures during the first week of the rally and played the ultimate team game by stopping to help repair the car of team-mate Carlos Sainz, he has incredibly recovered to 18th in the overall order – a rise of 10 places in just five stages. His efforts also helped Audi record its 13th top-three result of the 2023 Dakar Rally.

“The pace we have on our best days, I’m happy with,” said Ekström. “It was a lot of dunes today, no straights. So, I have to say, it was a very difficult stage for me. I really feel that I would love to have more experience in this type of terrain. But we are here in P3. We have found a speed that suits us. Now, it is just one day to go.

“Today was pretty exciting from time to time, but also very difficult. When you’re early onto the road, all the dunes are very sharp, and I still feel like a rookie in this Empty Quarter area. You need a bit more experience to be master. There is still full focus on tomorrow to try and end the rally on a high and come home in one piece."

When the duo parked up at the Al-Hofuf bivouac, they were greeted by Oliver Hoffman. The boss of Audi’s Technical Development was on-site to reveal that the manufacturer will again contest the Dakar in 2024.

His review of the team’s progress on the event this year was: “I’m very happy. We have good pace. The cars are working well. I’m very proud of the whole Audi team. The spirit is perfect. I’m really looking forward to next year. We will be back, for sure!”

Until then, the 2023 event concludes with Stage 14, which features a 136km timed element that finishes on the shores of the Arabia Gulf in Dammam.