Want this Ducati? You might need to buy this Lamborghini first | Top Gear
Advertisement
Bikes

Want this Ducati? You might need to buy this Lamborghini first

Special-edition Streetfighter V4 ‘Speciale Clienti’ is limited to 63 Lambo customers. There is a way around it, however... 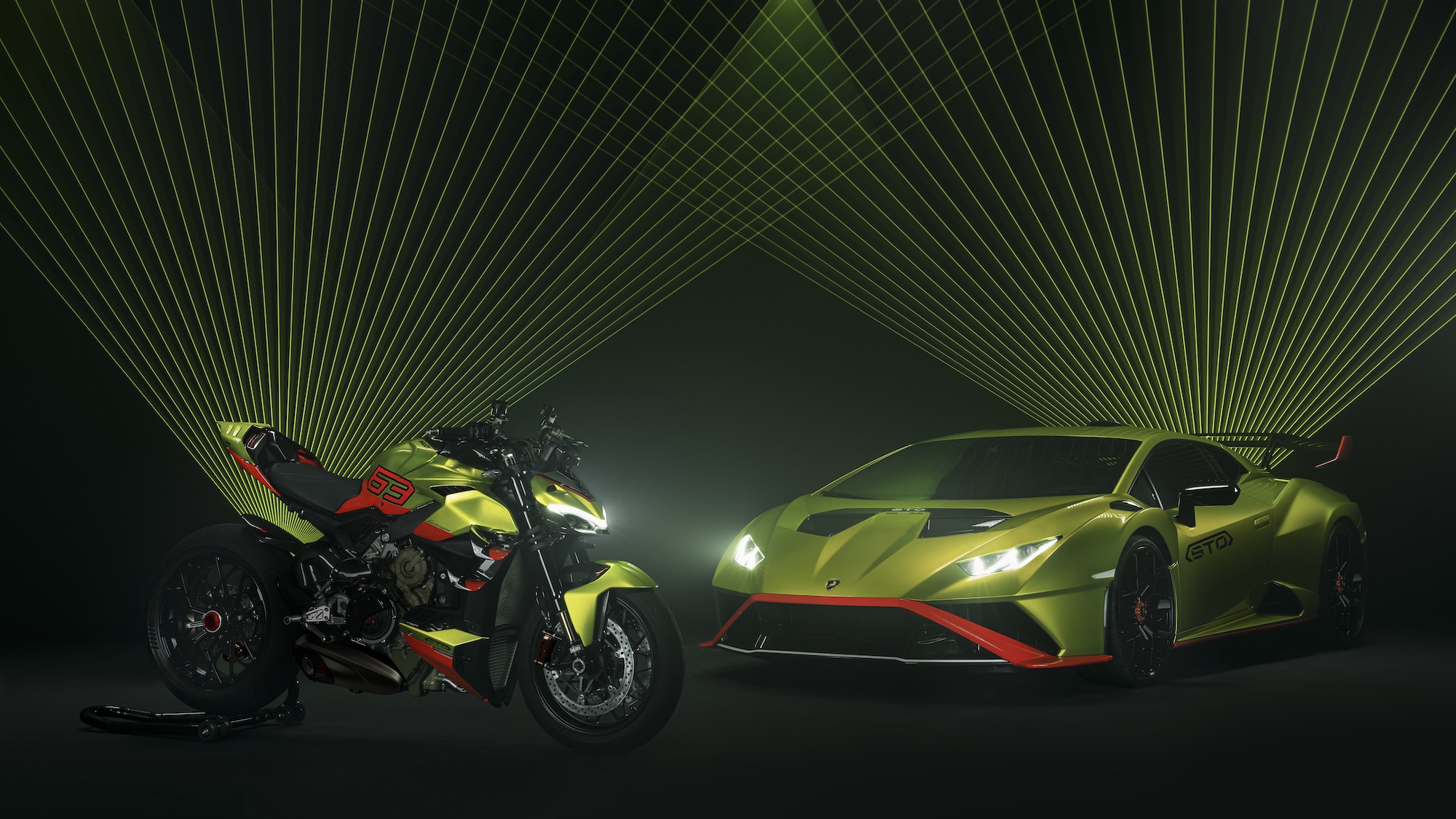 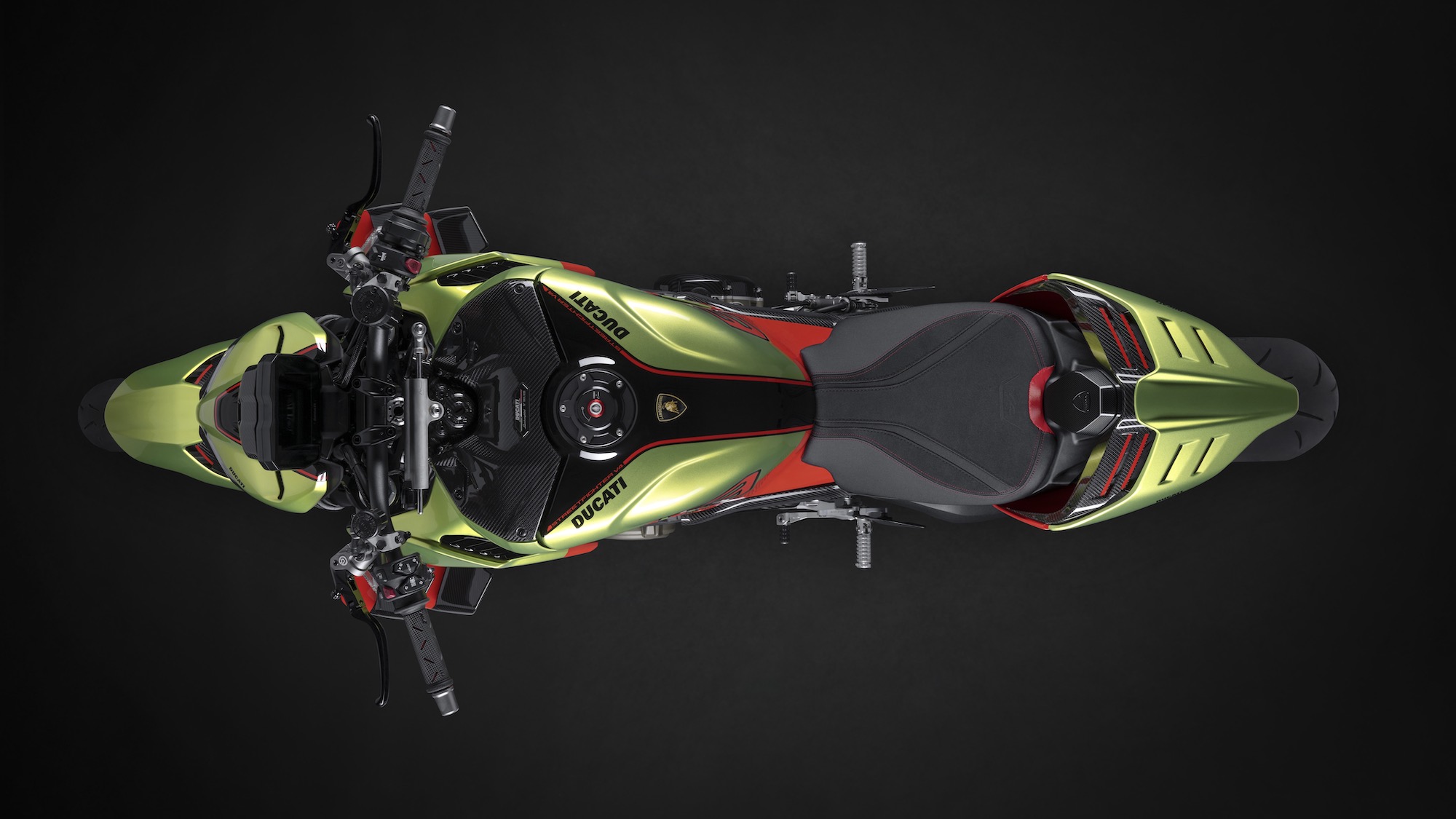 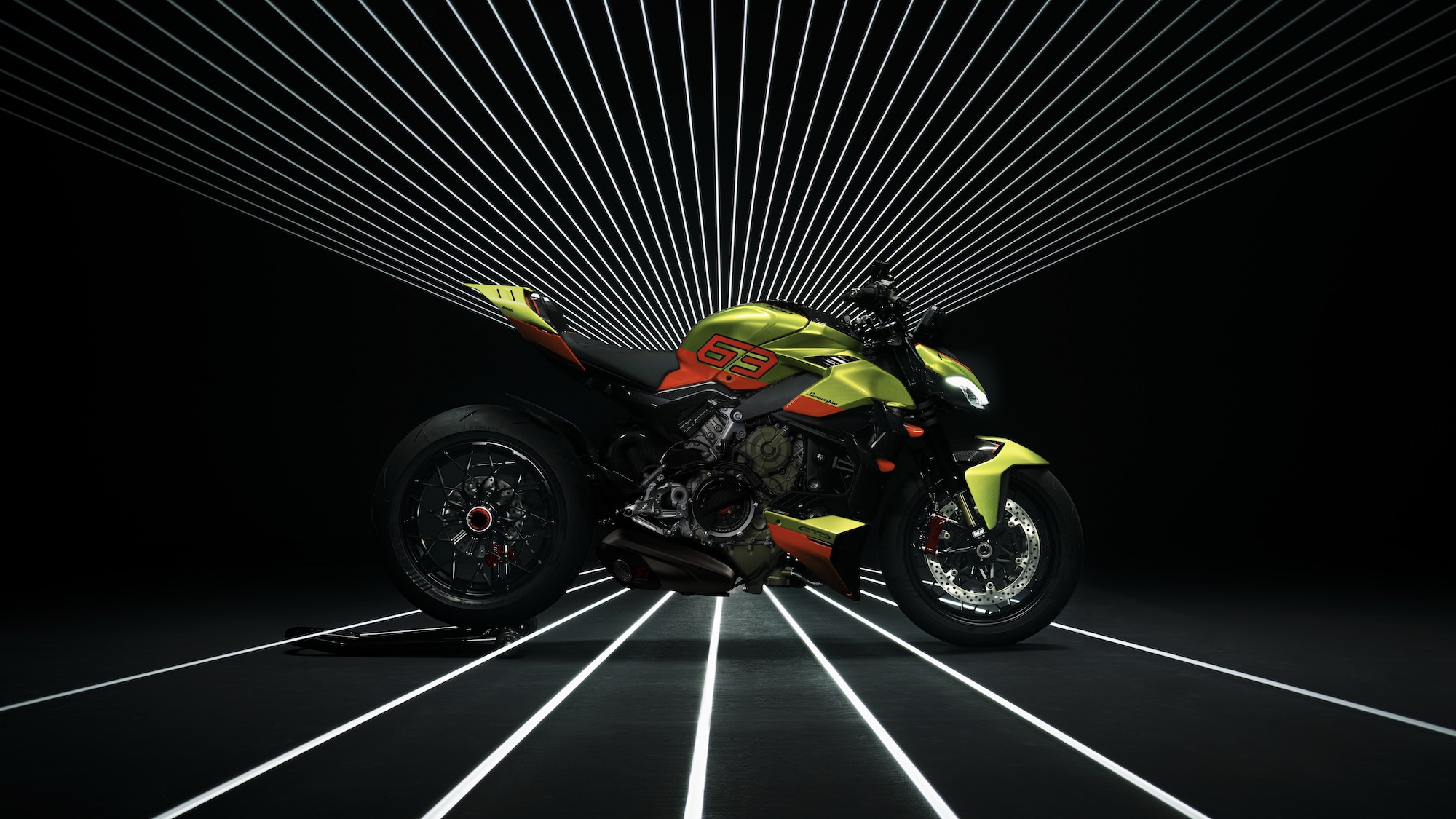 As barriers to entry go, consider this one up there with the Australian Border Force. If you want to buy a Ducati Streetfighter V4 Lamborghini Speciale Clienti, you’ll need to stump up for a Lamborghini Huracán STO first. And you’ll need to do it sharpish, as well, before the burgeoning beneficiaries of the second gilded age snap up all 63 on offer.

By now, you’re probably wondering what you might get for your quite solid spend. Well, a Lamborghini Huracan STO, which is hardly going to be a chore. But also a Streetfighter V4, which is a Ducati superbike with a V4 engine (like a Lancia Fulvia), shorn of its fairing in the style known in the motorcycling world as a 'streetfighter'. So, points to Ducati for accuracy, and a few more for delivering a faintly terrifying 205bhp from that V4 engine.

As befits a special edition, you’ll get quite a bit on top of the Streetfighter V4. As much as the eye-searing livery catches your attention first, it’s actually draped on nearly entirely new bodywork – using liberal lashings of the same carbon-fibre weave that Lamborghini uses, naturally. The belly panel and tank mirror the low-set sidepod air intakes and wheelarch vents of the STO respectively, while the front mudguard mimics the lightweight one-piece bonnet Lamborghini calls the ‘cofango’: an Italian portmanteau of ‘cofano’ (bonnet) and ‘parafango’ (fender), and the all-new rear seat cowl is, unsurprisingly enough, a riff on the STO’s vented engine cover. The effect of the bodywork and livery is such that you probably didn’t notice the Streetfighter V4 Lamborghini’s wheels are the same design as the Huracan STO – helpfully aided by the Lambo running centre-lock rims as standard.

On the mechanical side of things, there’s a carbon and titanium silencer from exhaust masters Akrapovic, a “racing-derived dry clutch” and adjustable billet aluminium foot pegs. Perhaps unsurprisingly, the 205bhp V4 was considered just fine and dandy, considering it only has to shift 197.5kg of bike. Sit a decently built rider in full Power Ranger getup on top and you’re still looking at an easy 680bhp per tonne. So, more than the bonkers Caterham 620S. That’ll do.

But what if you fall into the very specific Venn diagram overlap of ‘wants a Ducati’, ‘can afford a pricey special-edition Ducati’, ‘for some reason doesn’t want a Panigale V4’ and ‘insists that said Ducati must also be a Lamborghini’, but crucially can’t afford a Huracan STO on top? Well, there is another way – you can buy a Streetfighter V4 Lamborghini without plumping for the ‘Speciale Clienti’ option, which opens up the build number to 630 and takes an entire Huracan STO off the asking price. The drawback? Well, you don’t get a Huracan STO, for one. You also don’t get to paint your Ducati to match the exact livery you chose for your STO. Bummer, huh?

By now, you might be wondering why Ducati chose to do 63 of the Speciale Clienti bikes, and 630 of the ‘regular’ Streetfighter V4 Lamborghinis? Well, as Ducati’s head of design Andrea Ferraresi put it, 63 is the “magic number” for Lamborghini: it refers to 1963, when the company was founded. The number is a knowing nod from Ducati, and likely a conveniently achievable sales target. After all, the first Ducati-Lambo tie-in, a special-edition Diavel, sold out in a matter of weeks. And it doesn’t hurt that Ducati MotoGP rider Francesco Bagnaia’s race number is 63, either.

As a way to get Ducati to paint the number 63 on your bike, that’s likely a higher barrier to entry.