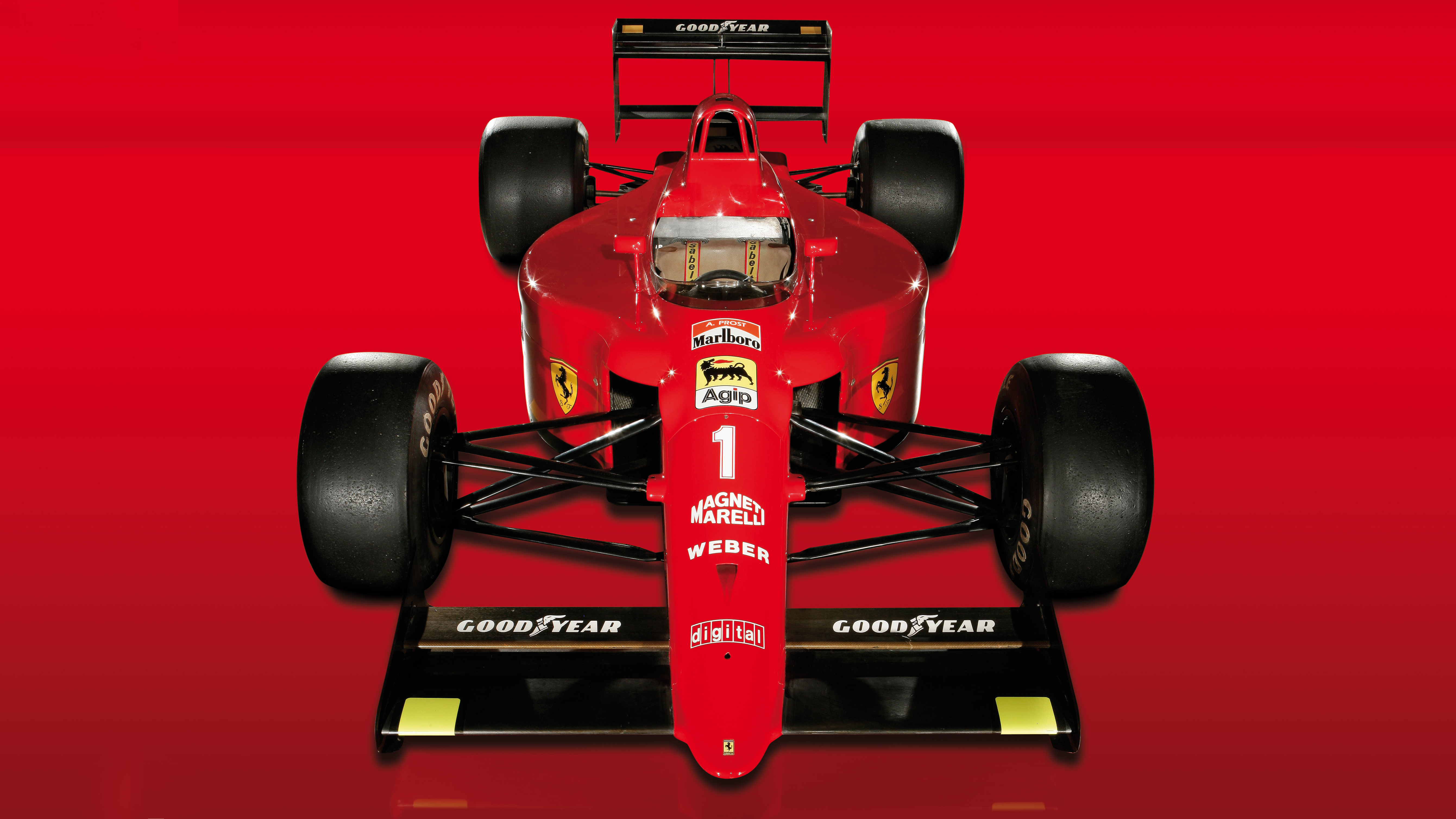 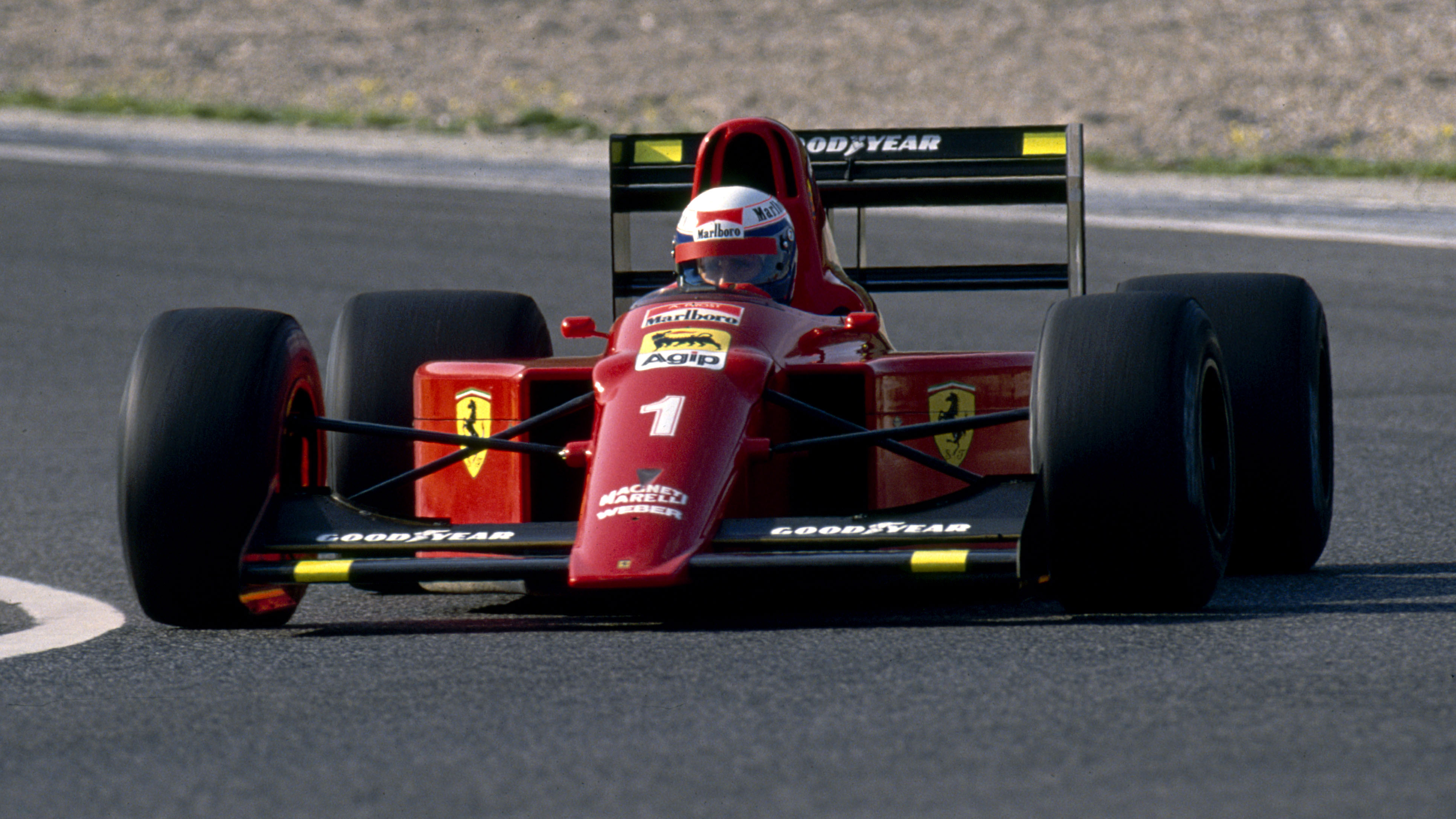 Ferrari unveiled its new Formula One contender last week, the SF16-H. The Scuderia’s chief designer, Simone Resta, described it as ‘one of the most beautiful Ferraris ever’, and the extra dose of white in the livery was a conspicuous nod to the 312 T cars driven to championship victory by Niki Lauda and Jody Scheckter (in 1975, 1977 and 1979), and into immortality by Gilles Villeneuve.

But one of the most beautiful? If it beats the new Mercedes W07 out of the blocks, it’ll start looking very pretty indeed, but until then allow us to cite 1990’s 641 as the first Ferrari F1 car to appear in TG.com’s 50 coolest racing cars list. Not only cool, and not just beautiful, either, the 641 is also officially a work of art: it’s the only racing car to be part of the Museum of Modern Art in New York’s permanent collection. (MoMA also owns a Cisitalia 202, a Willys Jeep, a VW Beetle, a Jaguar E-type, and a Smart. Interesting curating.)

"High performance racing cars represent the ultimate achievement of one of the world’s largest industries," MoMA observes. "Painstakingly engineered to go faster, handle better, and stop more quickly than any other kind of automobile, they are the most techologically rational and complex type of motor car produced."

Indeed. The 641 also happened to be the work of an Englishman. John Barnard had pioneered carbon fibre in an F1 monocoque with McLaren’s 1981 MP4/1, and Ferrari was so keen to get their hands on him that when he joined the Scuderia in 1987 they agreed to let him set up the Ferrari Guildford Technical Office rather than move to Maranello. (It’s a concession that would send bits of papardelle and espresso all over the shop if suggested 30 years later.)

Motorsport’s legislative seesaw meant that turbocharging was banned from the 1989 season, and Ferrari engine man Claudio Lombardi had overseen the development of an all-new, quad-cam 3.5-litre V12, a unit that revved to an ear-popping 12,000rpm-plus. But Ferrari’s 1989 car – the logically named F1-89, though also known as the 640 – is better remembered for marking the debut of the semi-automatic paddleshift gearbox, an innovation that would turn the sport upside down. It also gave new Scuderia signing Nigel Mansell a dream debut in Brazil, a result that surprised everyone, as former Ferrari engine maestro Jean-Jacques His recounted to TG.com.

"It won its first race: it was a big surprise because it was the first time it had done a full race distance," he told me. "It was developed mainly for use with turbocharged engines, and was tested in 1987 by [Ferrari test driver Dario] Benuzzi. Actually, it was originally conceived to cut gearshift times, because back then we were running 5.0 bar boost, and when you closed the clutch the boost pressure would drop to 3.0 bar. So that meant lots of turbo lag, and we were trying to cut the interruption time. In fact, we developed a dual clutch system – I didn’t know it at the time!" (He also claims Ferrari had been working on a semi-auto as far back as the early 1980s, when Villeneuve tested a set-up that used an actuator sourced from a Citroen DS – apparently, and perhaps unsurprisingly, Gilles didn't like it.)

The groundbreaking powertrain was fixed to the chassis as a fully stressed member, but following that amazing debut there were constant reliability and performance problems for Il Leone (as the tifosi called Mansell), and team mate Gerhard Berger. Barnard left Ferrari at the end of 1989, and his replacement – Steve Nichols, another former McLaren designer and used to inheriting Barnard’s designs – elected to concentrate on making 1990’s 641 as reliable as possible. A bigger fuel tank was introduced, and a more conventional air box, but the main emphasis was on optimising the powertrain.

The hunt for consistency was helped by the arrival at Ferrari for the 1990 season of one Alain Prost, reigning world champion, setting up another bitter battle with former McLaren team-mate and arch rival, Ayrton Senna. Prost worked wonders with the 641, winning in Brazil, and taking back-to-back wins in Mexico, France, and at Silverstone, while Mansell finally scored his sole victory that season in Portugal, with Prost triumphant again a week later in Spain. Six wins was enough to give Ferrari second place in the constructor’s championship, while Prost was seven points adrift of Senna in the drivers’ title battle, the season ending with yet another banzai move from the Brazilian who famously nerfed his rival off the track.

Prost had many things to say about Senna – some sweary and unrepeatable – but more illuminating for our purposes today were his thoughts on the team and the car. "Whatever happens, I feel that, technically, Ferrari has won the championship this year, because we have the best car…"

A year later, the sublime and successful 641 had been so thoroughly eclipsed by its lighter V10 rivals that Prost was moved to publicly vilify the team and its creation. "The car was like a horrible truck to drive. No pleasure at all," he said.

And with that, Ferrari fired him.