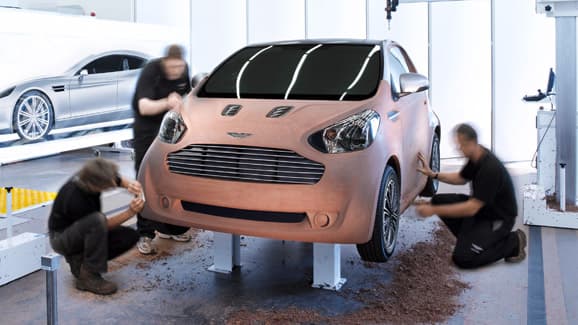 This is the Cygnet, Aston Martin's new city car based on the Toyota iQ.

Seriously. We're not joking about this one. This is real.

At the moment, Aston is describing the Cygnet as a concept, but it seems very, very likely to reach production next year. 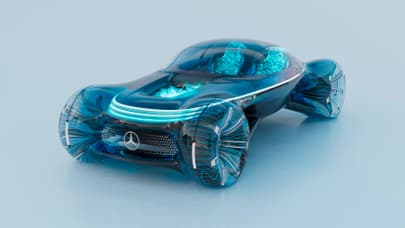 The Mercedes SMNR is a ‘virtual show car’

"This concept - akin to an exclusive tender to a luxury yacht - will allow us to apply Aston Martin design language, craftsmanship and brand values to a completely new segment of the market," says Bez.

"The offering of a ‘Cygnet' with a DBS, DB9 or Vantage is a unique combination of opposites and a novel transport solution allowing intelligent and sensitive mobility."

Which means, we think, that the Cygnet will be the short-range dinghy to the millionaire's DBS yacht. Makes some sort of sense, but can it really be an Aston?

If you're thinking, "well, maybe if it's powered by a big V8...", afraid not. We'd expect the underpinnings to be pure iQ - so a 1.0- or 1.3-litre petrol engine - though with Aston's own wheels, tyres and, of course, deeply plush interior.

As you can see from the photo, it'll get a One-77-inspired front end, complete with wide, angry grille and bonnet vents. We're told that the Cygnet could cost around £20,000 - which is a hell of a lot for an iQ, though very reasonable for an Aston, if you want to look at it that way.

You'll only be able to buy a Cygnet if you're an existing Aston owner, so any of you thinking it's a cheap way into Aston ownership, think again.

What’s your opinion, TGers? To give Aston the benefit of the doubt, imagine the Cygnet with this paintjob and a big set of shiny alloys. Is it more of an Aston than, say, that bizarre Lagonda-thing?