Behold: the all-electric, BMW Concept i4 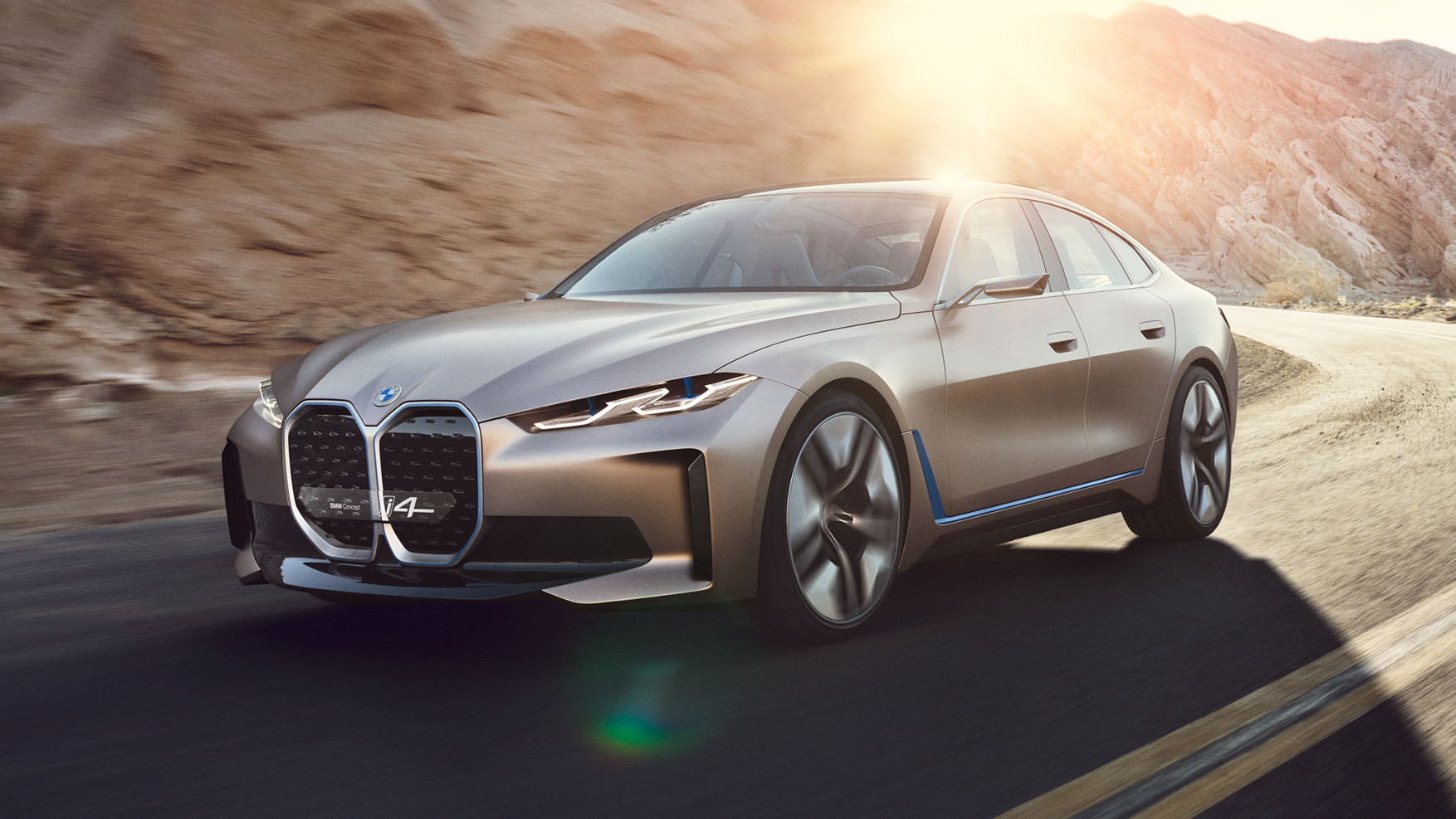 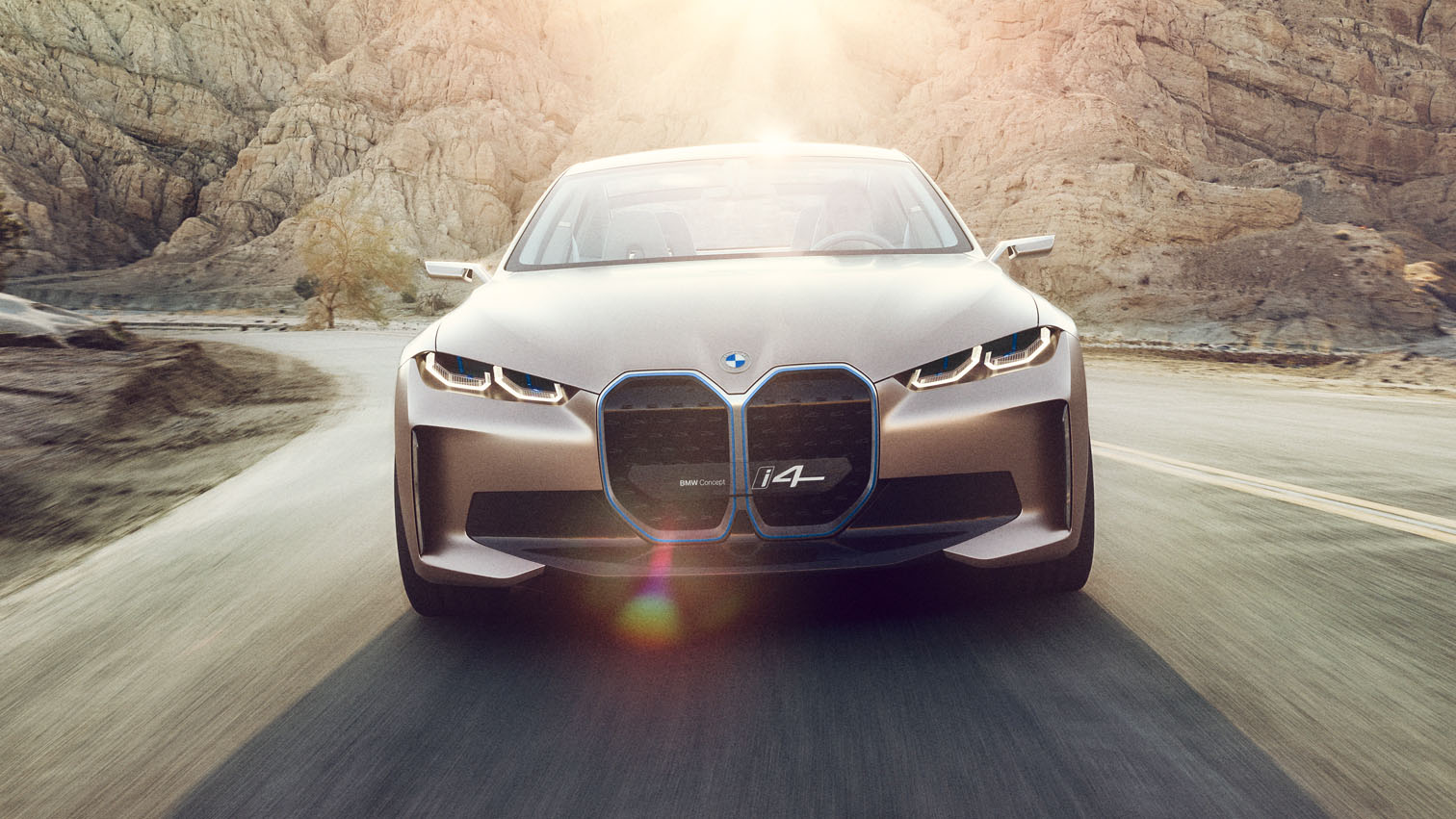 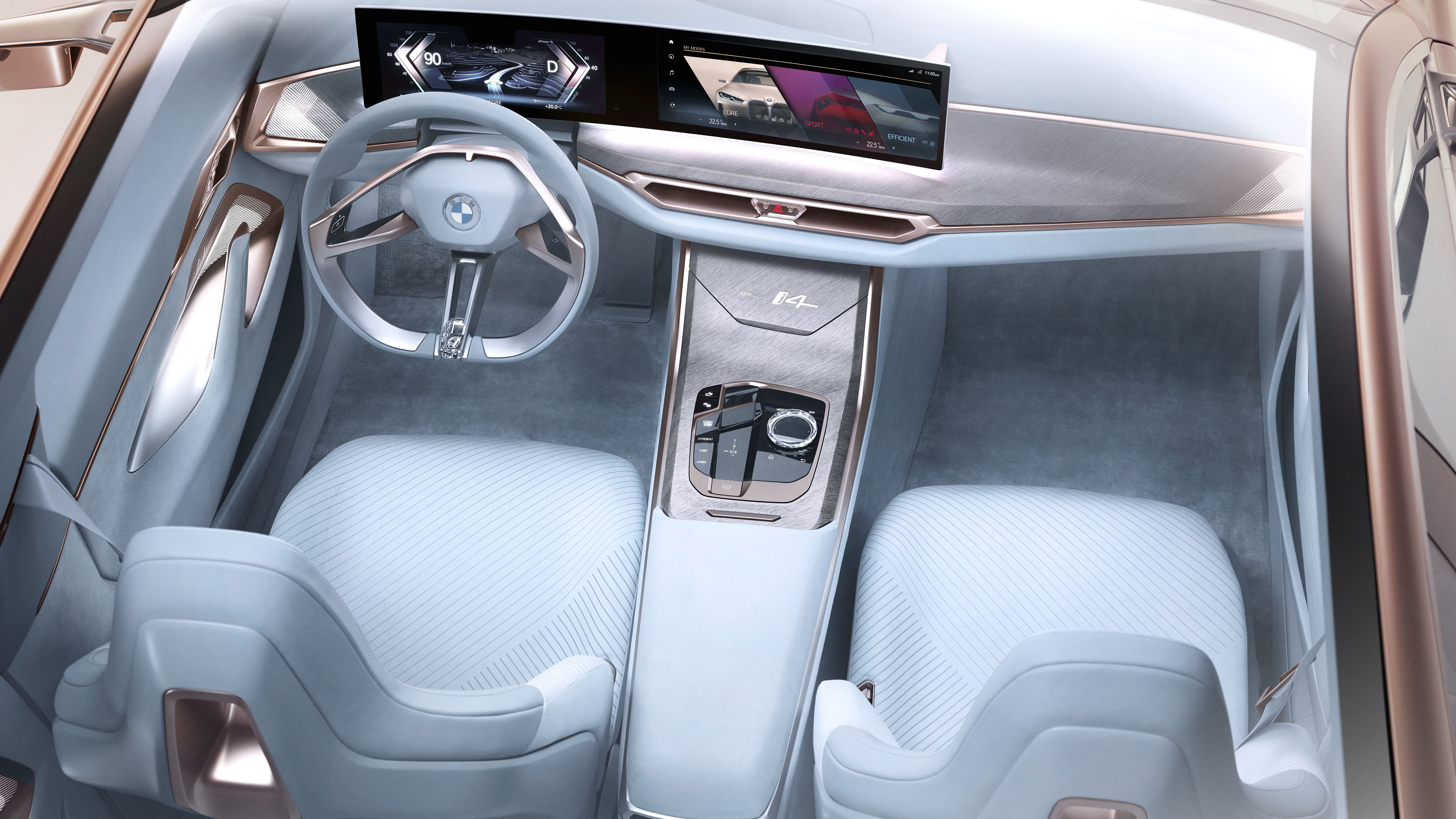 Boring though it is to start every electric-car story with a mention of the Tesla Model 3, it'd be neglectful to do otherwise in this case. Because like the massive-selling Tesla, this BMW is a compact saloon with superb range and gut-spinning acceleration.

OK, this exact BMW won't be selling, massively or otherwise. It's a show car. Specifically it's the BMW Concept i4. The concept version of next year's production BMW i4. And BMW is being unusually frank about that fact.

Vital stats then: there's 530bhp in full performance mode, from a single rear motor, for 0-62mph in "approximately 4.0 seconds". The WLTP range is about 600km, or just over 370 miles. The battery has a capacity of 80kWh.

To get that sort of range-versus-capacity, the i4 depends on efficient motors. BMW has a history of these, going back to the original i3. The i4 is claimed to have BMW's 'generation 5' electrical system. That's the same as will be used in the electric version of the X3 crossover, which is going on sale this year.

Good range also demands very well finessed aero. And the Concept i4 looks like it's been playing wind-tunnel bingo. "Clear aero lips," says BMW. We can't actually see them. Maybe because they're clear. Moving on… It's got huge rear diffusers, cleansed of any turbulence-inducing exhaust pipes. It's got vertical barge boards front and rear. Finessed sill shapes that flare into the lower arches. Aero wheels.

And, as you will have spotted, a "blanked off grille". And. What. A. Grille. C'mon, never mind blanking it off, why didn't they just make it smaller?

Well, if it doesn't have a cooling job, it does serve as the cover for various sensors and transmitters pertaining to assisted driving. Though does it really need autonomous emergency braking? It's not like pedestrians and other traffic won't have seen it coming.

If the grille is a bit much for you, the stretched long-wheelbase side profile is super-elegant. It also means plenty of cabin space, BMW claims.

The company says the curved display screen "will be the display used in the production versions of the BMW iNEXT and BMW i4". Not 'might be' or 'gives a hint of' but 'will be'.

Glad to see the iDrive rotary controller lives on, as there are times it's easier to use than a touchscreen on the move. But BMW has succumbed to the world's general button purge, by moving the climate controls to the screen.

It ought to be good to drive. Not just the electric power "which ranks it alongside a current BMW V8", but the chassis too. BMW says the i4 will be made at the Munich plant from 2021, alongside the 3 Series and the next 4 Series. It adds that only 10 per cent of the production line is unique to the i4 – the bit that builds the rear crash structure. The rest of the i4, then, will be an adapted version of those combustion cars. What's not to like?