Here's your first look at a tuned Tesla Model Y

An electric SUV that slays 911 GT2s on circuit is the promise. Like what you see? 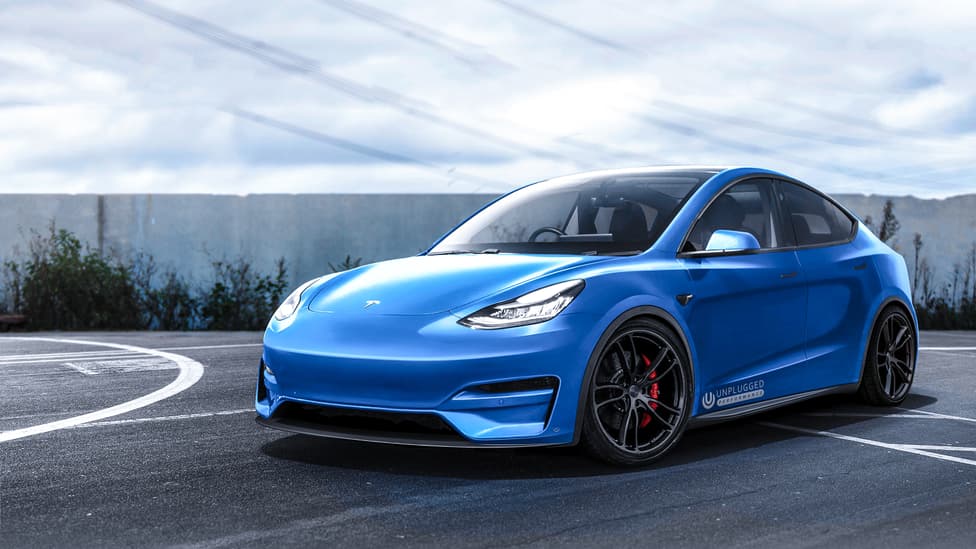 Meet the first modified Tesla Model Y. Sure, it’s kinda just a render for now. But Unplugged Performance have form – as we discovered in 2018 – so you can expect something like this to appear very, very soon.

“My take on it is that we expect the Model Y to share all of the performance advantages of the Model 3 Performance,” Unplugged founder Ben Schaffer told Top Gear. “As a result, our tuning program for the Model Y will include many of our popular upgrades for the Model 3 which makes it so capable on the race track.

“Back in March we set a lap record on street tyres of 1:58.5 at Buttonwillow Raceway.” Quicker than a 997-generation Porsche 911 GT2, since you ask. “Our belief is that the Model Y can also be tuned to nearly the same outcome on track and with even more daily comfort and utility.”

Unplugged are good pals with Tesla and their base is on the same LA complex. Thus Ben’s team don’t touch the batteries or motors of Tesla products – not wishing to invalidate warranties or ruin relationships – instead focusing on brakes, suspension and styling.

So Model Y modifications will comprise a new, more aerodynamic body kit, six-piston carbon-ceramic brakes, adjustable coilover suspension, tougher anti-roll bars and some lightweight forged wheels up to 21 inches in diameter. Wager on around $20,000 to add a bunch of good stuff to your plug-in SUV.

“Our design language will never lose sight of the character of the car Tesla has engineered, however we absolutely will highlight the extreme performance of the car in a new way that is easy to see,” says Ben.

“I think a Model Y capable of running with Porsche 911 Turbos on track – and which looks like this – will get some attention.”