Hispano Suiza has returned with a 1,098bhp hyper-EV

Guess who’s back, back again with a carbon-bodied, RWD monster At last year’s Geneva Motor Show, things all got a bit Jeremy Kyle over the brand name Hispano Suiza. You’ll no doubt remember the beef – one company had brought along a 1,085bhp twin-turbo V10-engined supercar called the Maguari GS1 GTC, whilst the other was showing off a retro-tastic 1,005bhp EV known as the Carmen.

Both claimed that they owned the right to build cars under the iconic, pre-war Spanish name, but it was the Carmen builders who had descendants of founder Damián Mateu on its stand. In fact, company president Miguel Suqué Mateu is Damián’s great grandson.

The car the Barcelona-based company unveiled was radically styled to look like a modern, electrically-powered incarnation of Hispano Suiza’s 1920s racers, and although none of the planned 19 Carmens have been delivered to customers yet, it’s now unveiled a hardcore version that is apparently “the next stage in the evolution of the resurgent Spanish luxury car brand”. Right.

Supposedly, this hardcore version – known as the Carmen Boulogne – will make up five examples of that original 19 car production run, with each costing €1.65m plus taxes. Crikey. 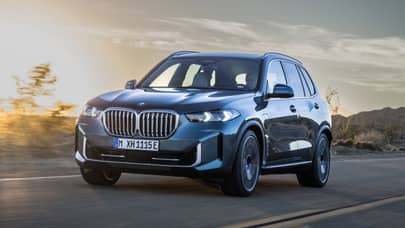 As you can see, the looks are no less divisive. There’s a full, bare carbon fibre body that cloaks what was already a carbon monocoque, and Hispano Suiza has teamed that with bronze/rose gold/copper accents. The rear wheel covers of the ‘standard’ Carmen have gone though, apparently to enhance cooling for the new carbon ceramic brakes.

Power from the two electric motors (one for each rear wheel) is now up to a total of 1,098bhp whilst maximum torque is 1,180lb ft. Good lord. Plus, weight is down to 1,630kg and Hispano Suiza is making plenty of noise about the slippery shape of the Carmen Boulogne – it has a drag coefficient of Cd 0.325. For reference, the Koenigsegg Agera R’s is 0.37.

The result of all this is – if you can get the power down – the Carmen Boulogne will go from 0-62mph in 2.6 seconds and hit a top speed of 180mph. Meanwhile, the battery is an 80kWh job and allows for a range of around 250 miles.

Sadly, this is the only picture of the Boulogne that we’ve been given so far, but Hispano Suiza promises ‘authentic toggle switchgear’ and lashings of leather and Alcantara inside. It also reckons the customisation options are “infinite” – although it might come to regret that when the ‘special requests’ start flooding in.

What do you reckon, Internet folk?