Mazda will go fully electric, and has released this mysterious new sportscar render

It's also making its factories carbon-neutral, too. But there’s a place for engines yet, it seems 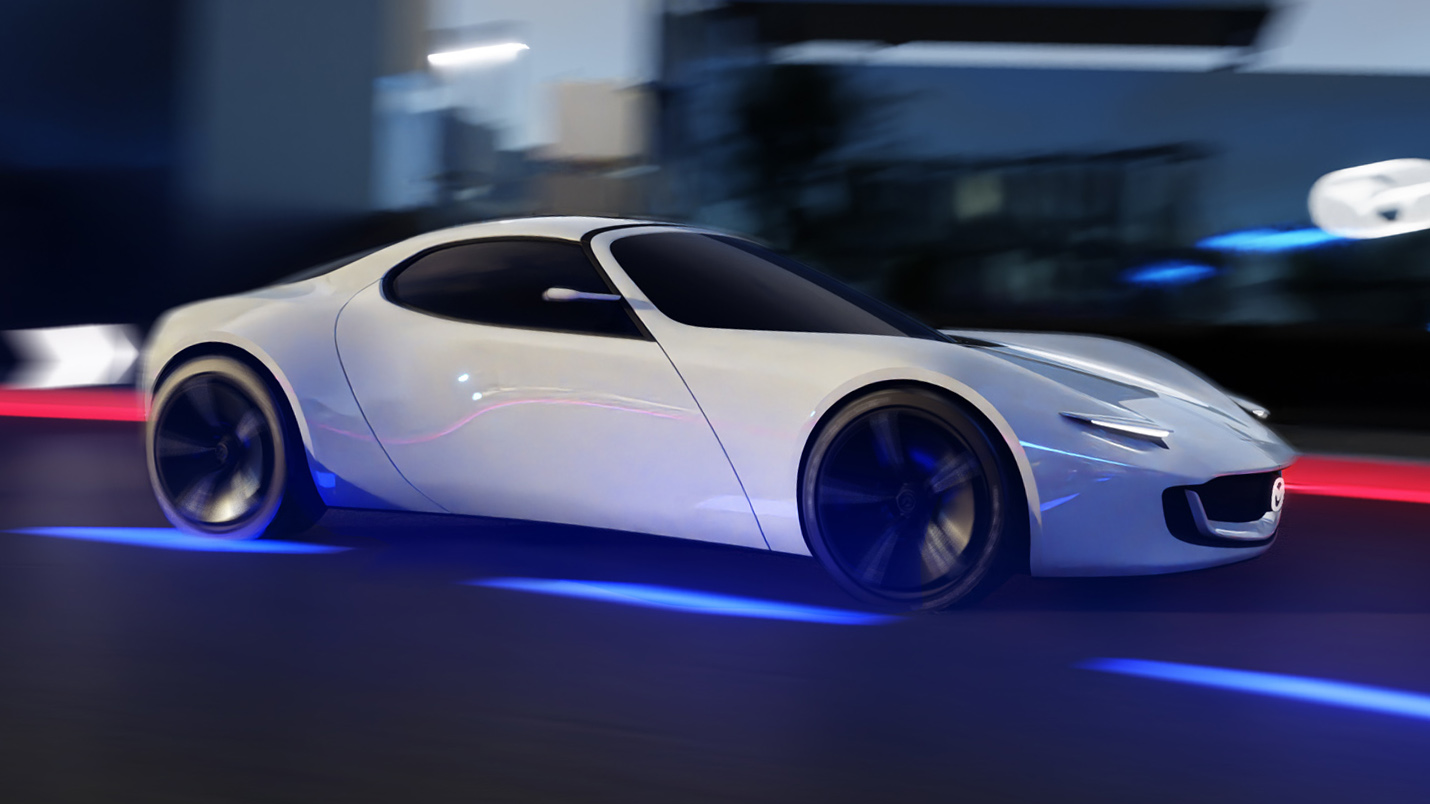 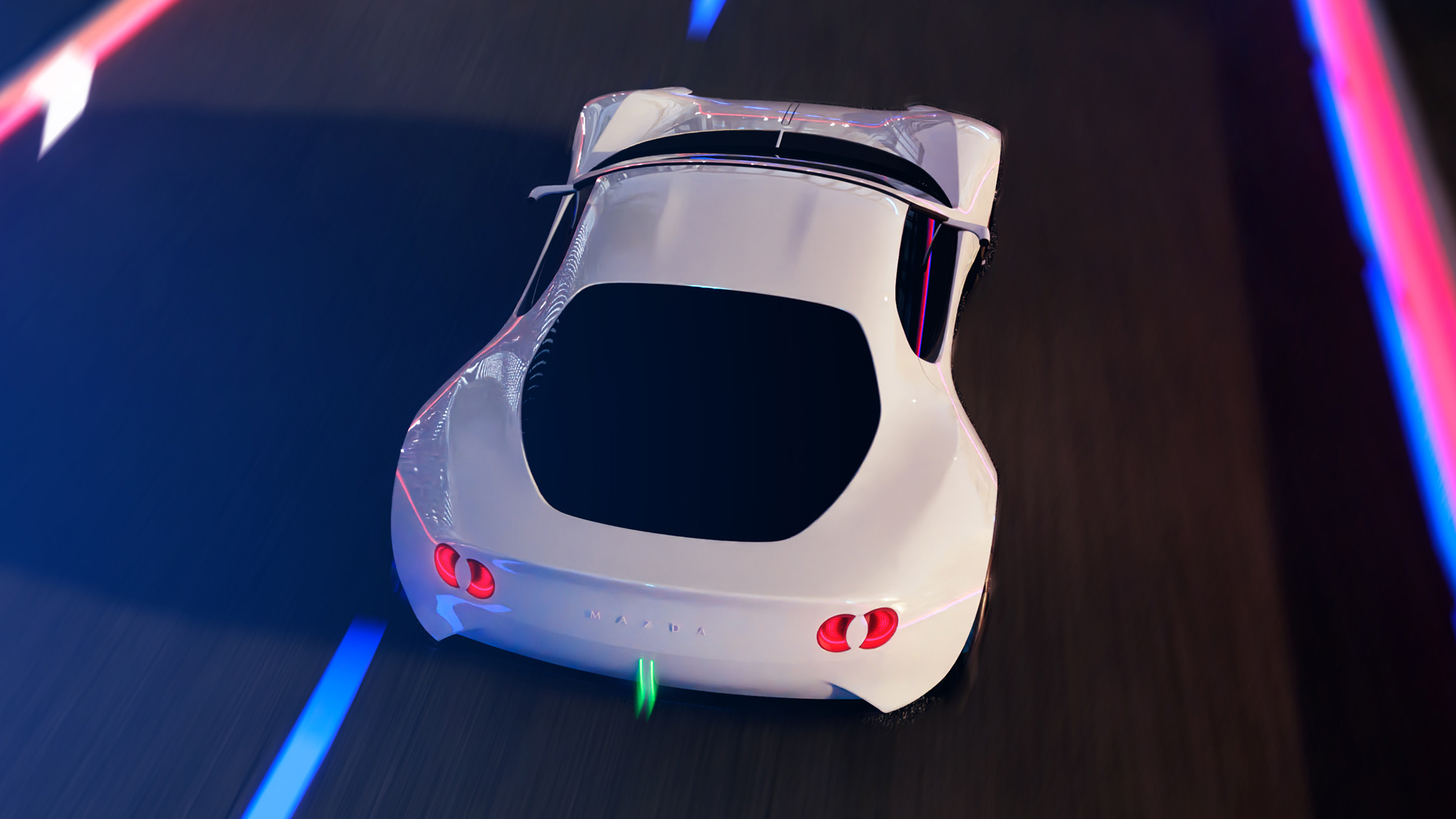 Welcome to the watershed.

No, not that time of day when TV gets a bit of pepper on it; we’re talking about that crucial, defining divide between all things past and all things yet to come, a moment in time you can point to and say, ‘that’s where everything changed’.

And sure, we’re probably at risk of waxing lyrically enough to earn a songwriter credit, but we think we’ve found that exact point. When Mazda – perhaps the last mass-market bastion of internal combustion – has announced it’s going electric.

We’d advise keeping calm in the meantime, however – even Mazda estimates its “EV ratio in global sales [will] rise to a range between 25 per cent and 40 per cent as of 2030". So it’s not a ‘So long, and thanks for all the fish’ scenario for a good while yet – we’re still talking about Mazda, after all. 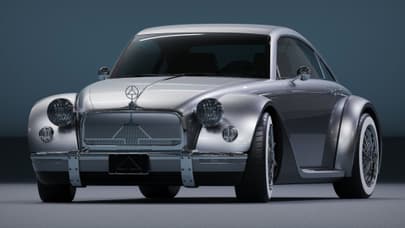 This retro-styled EV is the $499k Alpha Montage

You’re unlikely to have forgotten, for instance, that Mazda was the only company to make a decent fist of the Wankel (good night, everybody!). It was a firm proponent of natural aspiration and ‘right-sizing’, all the way through the downsizing freefall – and turbocharging free-for-all – of the past decade or so. And even through this watershed moment of electrification, where even racing companies like Alpine and Polestar are choosing volts over valves, Mazda has invested heavily in eking out every last drop from internal combustion – even as it seems destined to burn its last drop.

So the move to electrification won’t happen overnight. But it will, apparently, follow a “three-phase approach”, which is just the kind of pun you can’t help but admire. The basic plan of attack is to use “multiple electrification technologies” – think hybrids and you won’t be too wide of the mark – before introducing a new hybrid system and then finally making a push for EVs.

So what speculative powertrain resides under the render you see here – the ‘Mazda Vision Study Model’, in case you were curious – is really a case of what will work at the time, for the markets it’s going to. Really, whether it makes production at all is probably a bigger question mark at this point. Seems like a decent-looking thing, all the same, so let’s just do that wild speculation thing and say it could very well be the next RX-7, which will be a hybrid with a rotary engine and electric turbos, but still have a manual gearbox and hey, what if Mazda came back to Le Mans as well?

Beyond the cars themselves, Mazda’s rethinking how they’re made and what goes into making them. Its factories will apparently be carbon-neutral by 2035; happily, it doesn’t seem like it’ll be a case of buying spurious carbon credits or any of that malarkey. Unhappily, they missed the point to call the strategy ‘two-pronged’: using renewable energy, and ensuring that energy is used as efficiently as possible.

So there you have it – the moment where everything changed. It’s just going to look the same for a while, yet.