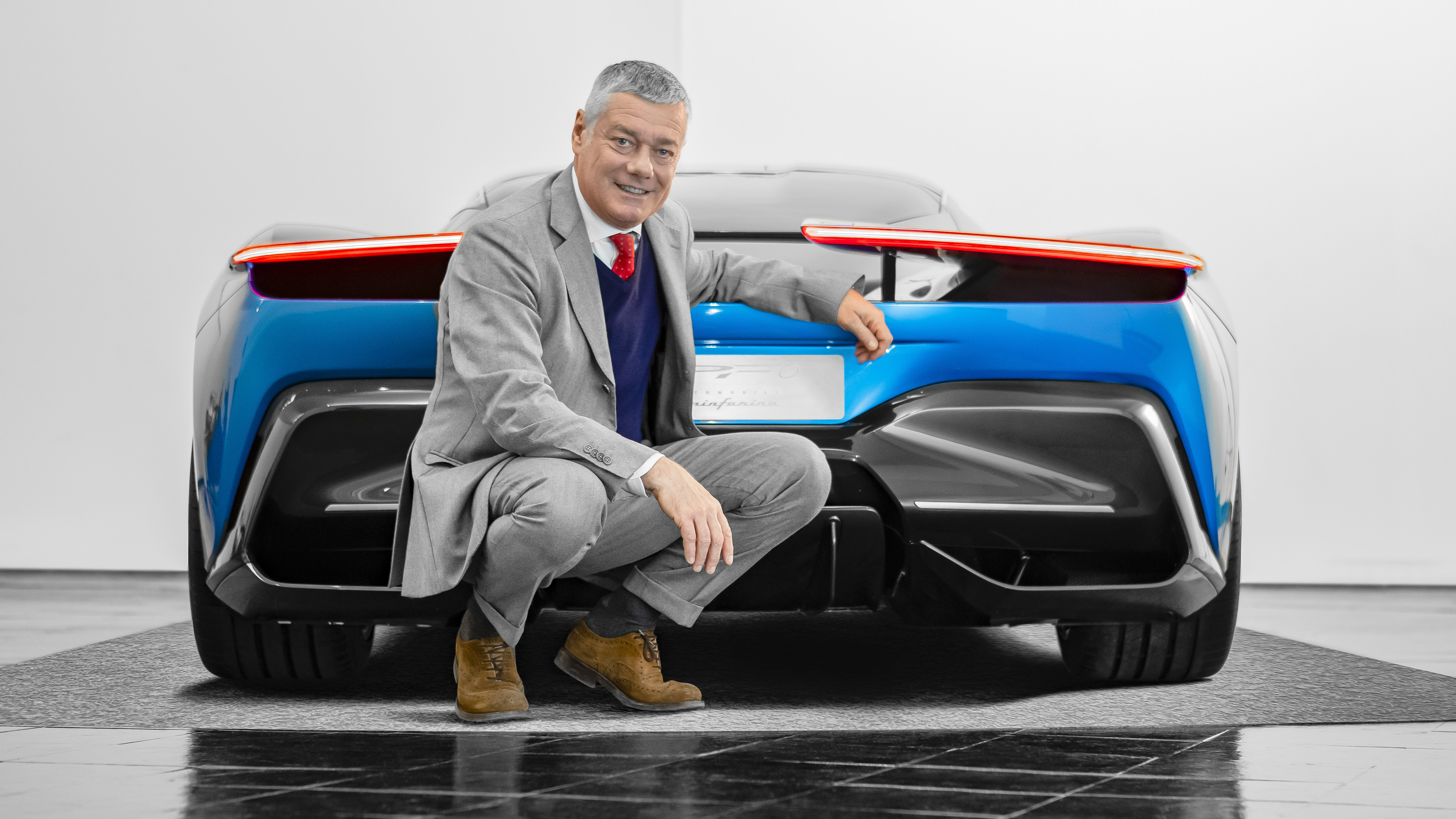 Next year, Automobili Pininfarina will show off something that’s almost 90 years in the making: its very own luxury car. Not a collaboration with another company, not a concept… 100 per cent Pininfarina. Welcome then, to the car codenamed PF0.

This image, revealed today, shows off the 1,900bhp EV’s new design language, dubbed ‘Pura’. A design language that will soon be spread across an entire range of Pininfarina-branded cars.

“This is a very special project,” Paolo Pininfarina – grandson of company founder Battista ‘Pinin’ Farina – tells TopGear.com. “A dream that is gradually becoming true, and every step of this dream, this ‘film’, we are making progress.”

We’ll see the final, production-ready car at next year’s Geneva Motor Show in March, but we have plenty to digest between now and then. Automobili Pininfarina will invest €20 million in its new electric car range. The first – this PF0 – is a clean sheet design, and will boast a scarcely believable 1,900bhp and 1,700lb ft of torque from a Rimac-sourced quad-motor full EV setup. Only 150 will be built, each starting from £1.7m. And despite not even being ready yet, around 65 per cent of the US quota (a quota of 50 cars) has already been reserved following a private showing at this year's Pebble Beach show. In Europe, we're told Pininfarina has had "positive enquiries" for a further 25 cars, with the same number reserved in the Asia-Pacific region.

And it’ll be ridiculously, other-worldly fast. 0-62mph is estimated to take less than two seconds. It’ll do over 250mph, and have a range of 300 miles. There’s level 3 autonomous driving hardware too, but not for technology’s sake, more convenience. “We’re not a technology company,” Automobili Pininfarina boss Michael Perschke told TG. “If the tech makes sense, then great. For us it’s about whether it adds value to the customer.”

Perschke told TG how Pininfarina is benchmarking the PF0 against the likes of Bugatti's Chiron, and indeed the upcoming McLaren Speedtail in pure handling terms. "We see the PF0 has a hyper GT, we are not selling a track car," he said. "The objective is day to day usability."

Speed and performance however, is just one small part of the PF0’s remit: it has to be pretty. Automobili Pininfarina design boss Luca Borgogno explained to TopGear.com how the silhouette of this car had to be expressed in two basic lines, to maintain this simplicity and elegance. The man has form of course: remember, Luca designed the rebooted Lancia Stratos.

“For us, purity is in our design, our powertrain, it’s in the materials we use. It’s a word that goes through our entire development process,” he told TG. “The design must be very simple, and so strong that we don’t need anything else.” That ‘anything else’ he refers to is a take on the modern hypercar world’s fetish of adding wings and vents to everything. Pininfarina isn’t convinced.

“My grandfather used to say that our cars are designed by the wind,” Paolo (second pic above, kneeling behind the new PF0) told us. “He was attracted by the walls of the snow in the street, and in the mountains, the shape of ice and snow as designed by the wind. We had to comply with this idea of smoothness, of fluidity and aerodynamics. Driven by the air.

“The car that we are doing – the PF0 – is following this clear vision,” he added.

Fatigued by the rash of new electric hypercar startups? This is where the fundamental idea of a Pininfarina branded road car takes on an altogether heftier provenance. “If you go to art exhibitions," Perschke told us, "you’ll see lots of new painters and artists. Then you have the Picassos, the Warhols, the Lichtensteins… I think we are already in that breed of modern classics, so people know what Pininfarina is all about.” In 2020 - the year the PF0 will be fully unleashed - Pininfarina as a design house will be 90 years old. That's legacy.

Plus, there’s the fact that Automobili Pininfarina – a separate company from Pininfarina SpA that we’ve known until know, don’t forget – is backed by a giant: Mahindra. “We are very strongly financially backed up by a serious investor with a long-term commitment,” he said, alluding to that €20m investment announced today. It's also got a dream team of people who have previous at BMW, Bugatti and Pagani.

And it’s just the start. We don’t know yet what form future Pininfarina-branded cars will take, but they’ll be “luxury, fully-electric and low volume within their sectors”, each adhering to this new Pura design theme.