The Nissan Leaf Nismo RC is a great-looking EV racer 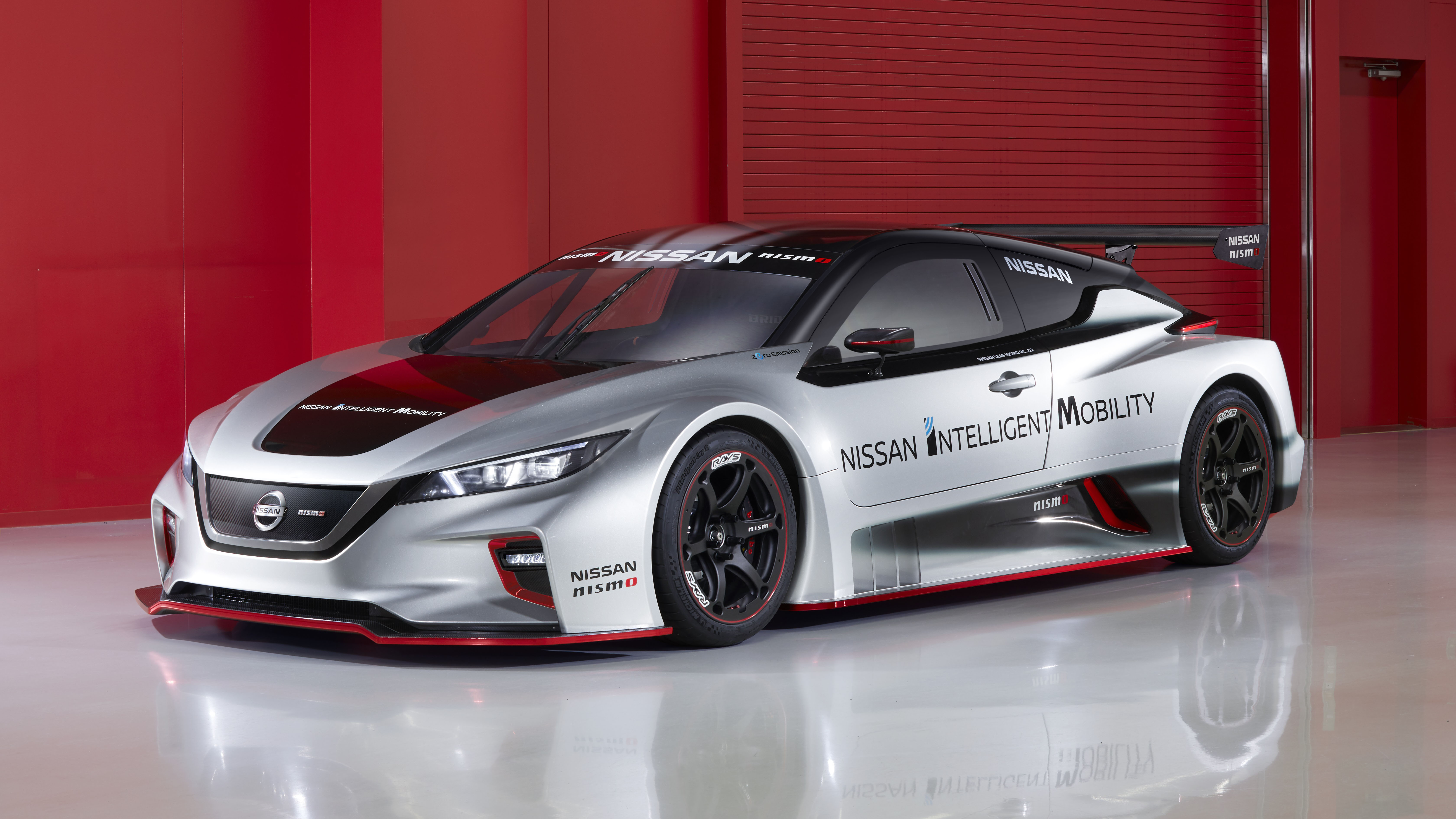 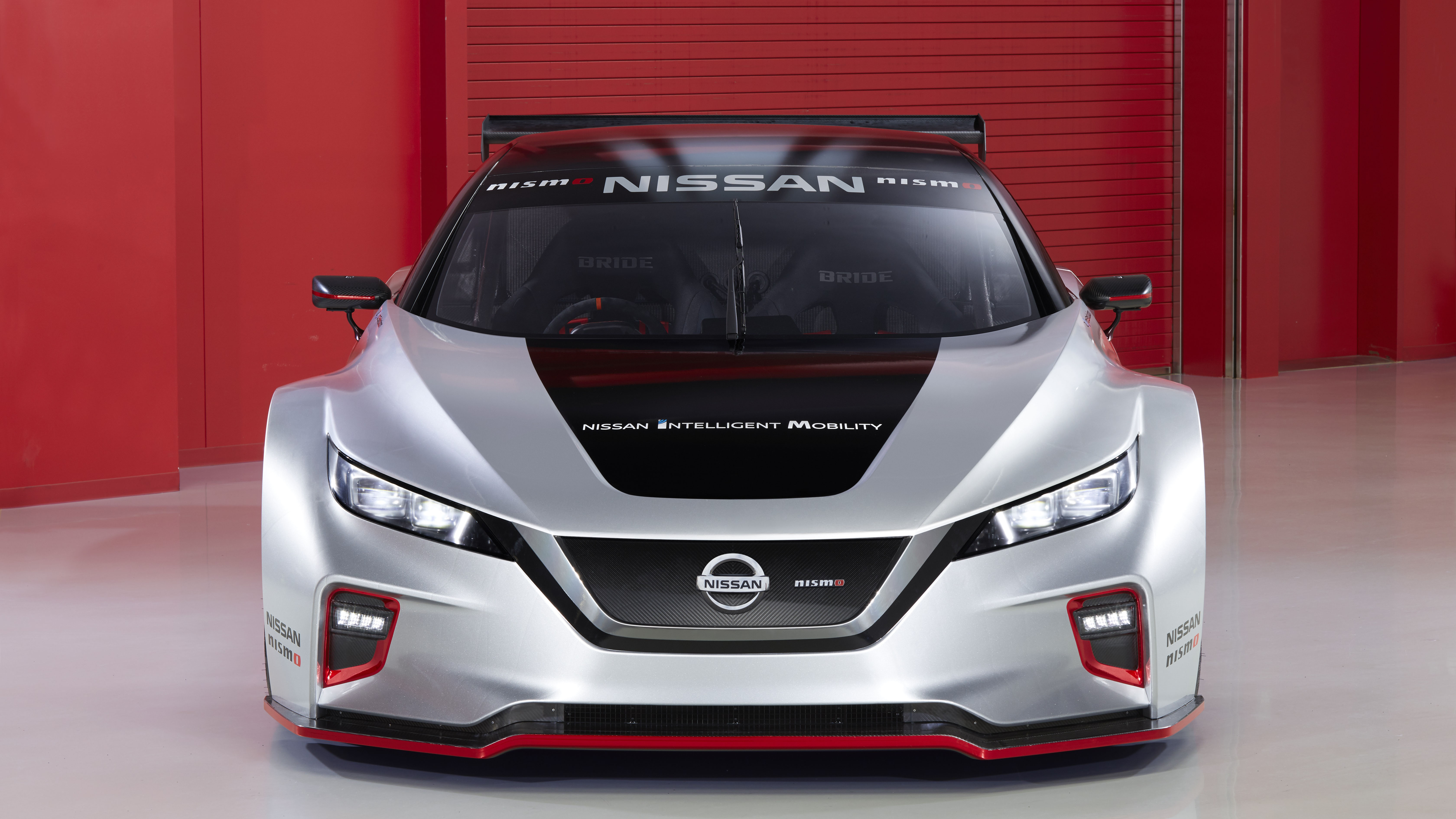 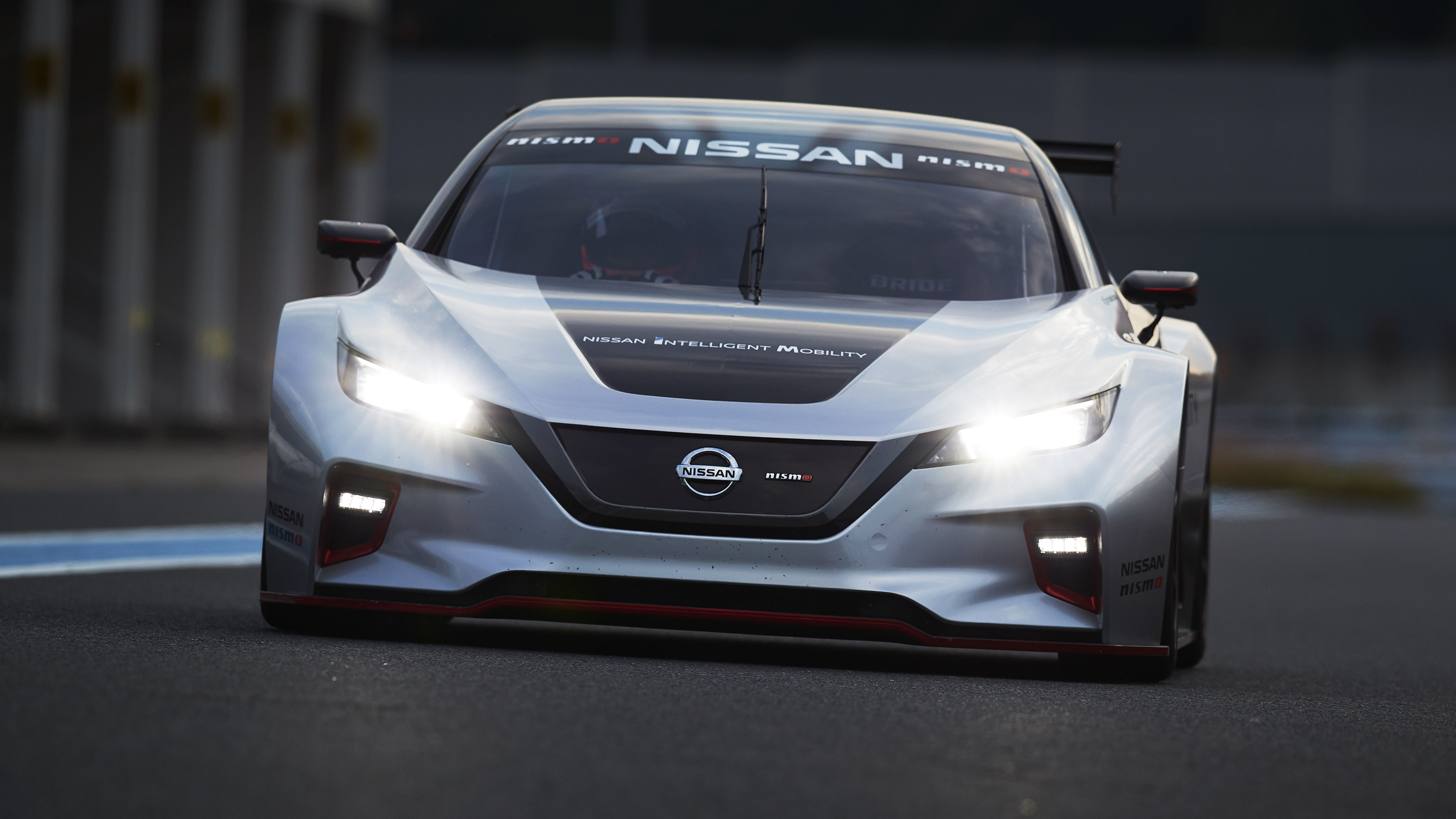 Nissan promises us the new Leaf Nismo RC shares a few parts with the ordinary, road-going Leaf. The lithium-ion battery and power inverters, for example, it says are exactly the same components it uses in the standard car. But we suspect that’s where the part-sharing ends because, well, just look at this thing…

A follow up to the Leaf Nismo RC of 2011, which also borrowed tech from the normal Leaf, this new one is a graphic illustration of how far EV tech has come in the last seven years.

Like the 2011 car, it’s an exercise in seeing how far Nissan can push its commercially-available tech, which means it’s still not and was never going to be the quickest EV in the world.

Two electric motors, one on each axle, give variable all-wheel drive, a combined 322bhp and 472lb ft of torque. That’s more than twice as much power and torque as the old Leaf RC. So 0-62mph takes half as long – just 3.4 seconds. Not bad.

A carbon monocoque means it weighs 1,220kg, which is pretty good for a car that has to haul around a load of heavy batteries. These batteries are mounted in the middle of the car, and the motors and inverters over each axle, for the best possible weight distribution. The body, which is comprised of three sections and we think looks tremendous, is wide and low to the ground – the RC is 300mm lower than a regular Leaf. Meanwhile an adjustable wing a) looks ace and b) gives actual downforce.

Nissan will build six of these things to display and demonstrate around the world, at Formula E races and so-on, so jeep an eye out. Its debut will be at the Nismo Festival in Japan, which starts this Sunday.