Polestar 2: the best all-rounder EV in the entire cosmos

The Polestar 2 is a car that can do it all, and do it well. Even chasing its namesake across the night sky 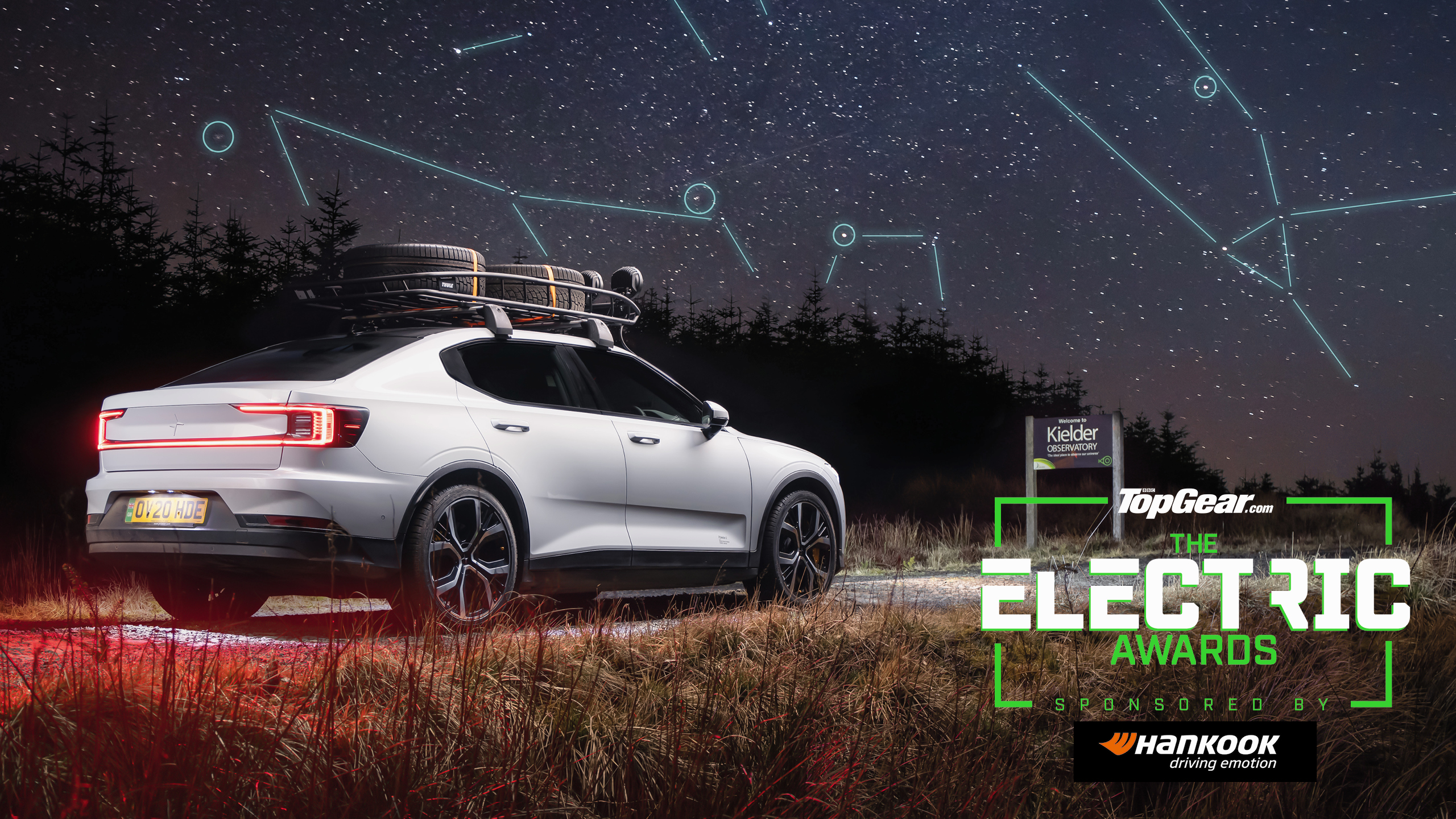 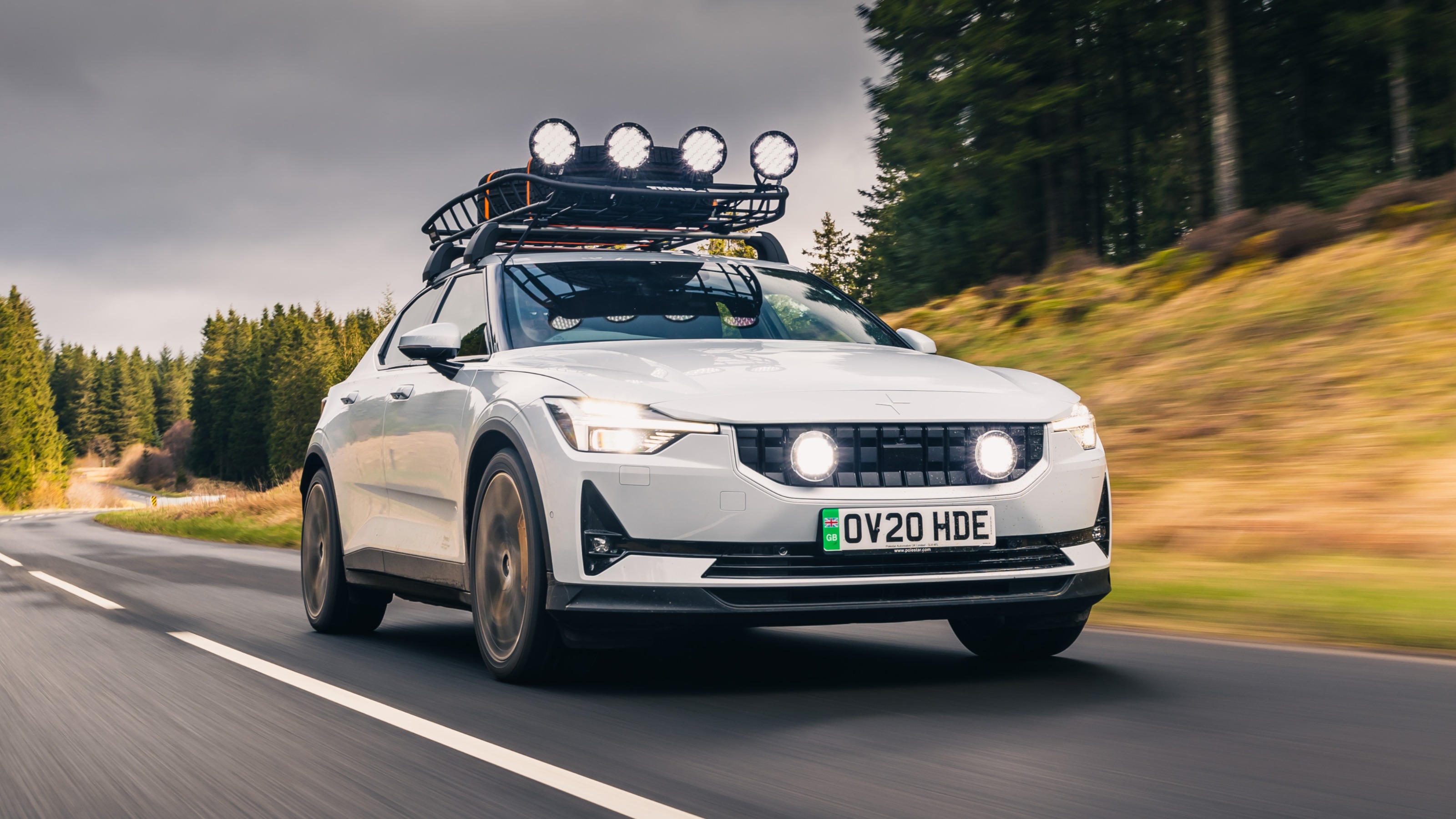 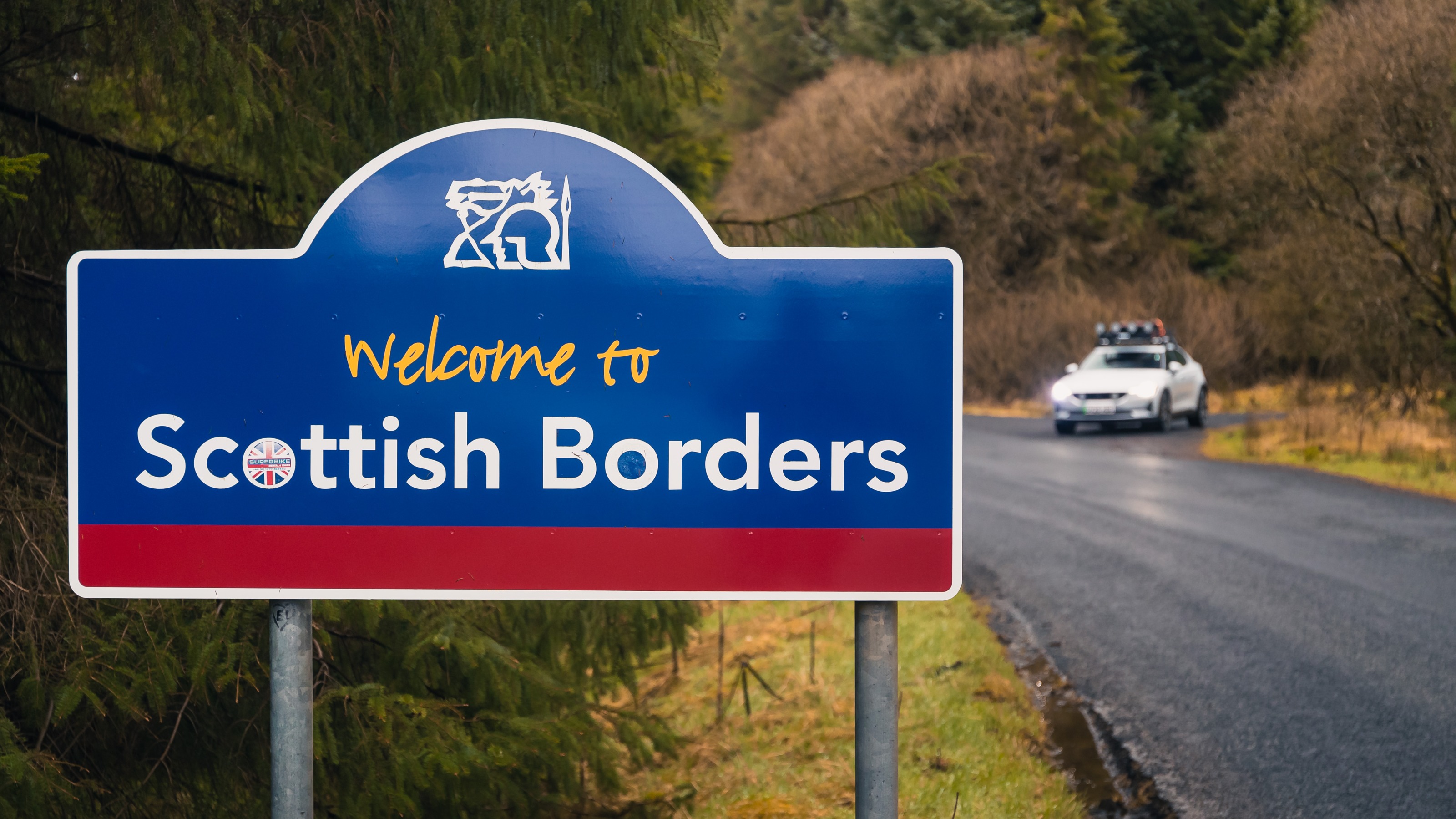 If I still smoked, I would. Even 15 years past the habit, my fingers still twitch for that little papery cylinder, ghost for the click and sandpaper roll of a brass Zippo. Stress finds comfort in the pathological, and at this point, I am very definitely stressed, and being trolled by my own stupidity. Imagine the scene: having bumbled around for the past couple of days over a decent chunk of Kielder Forest in Northumberland, we have spent the time traversing the logging tracks of Forestry England, marvelling at the beauty of this 250 square miles of working wood. There are deep greens and dappled light. There are moorland vistas and views across Kielder Water that make your eyes happy just to field the reflection.

There are no people around except loggers manhandling gigantic forestry machinery husbanding spruce and Scots pine, and those we give a wide berth, lest we get inadvertently felled. We have sought peace, and a decent spot from which to observe the night sky, mainly because Kielder Forest is designated one of the UK’s ‘dark sky parks’ – places where the lack of ambient light pollution remains low, and skygazing gets easier. Tonight will be one of the best nights of the past few months to see stars – the past two being depressingly cloudy – and I have one particular bright spot in mind. Polaris. Better known as the pole star. You may be ahead of me here, but I’ve brought with me a Polestar 2. So we’re hunting the pole star... from a Polestar. Never let it be said that I’m anything less than spectacularly literal.

Now, being aware that the pure electric 2 chimes heartily with the natural, producing as it does precisely no localised emissions and filled with ecologically thoughtful materials, it seemed like the perfect base from which to launch a star-spotting operation. It also comes with a lightly raised ride height – ride comfort increased by winding out the (optional) Öhlins Performance Pack dampers to their maximum squish – and a 400bhp, all-wheel-drive powertrain, perfect for tackling the rough and ready logging roads of Kielder proper. To aid it, I added Nokian winter tyres – a Scandinavian favourite – including a spare front and rear that completely ruined the efforts of my ‘aerodynamic’ Thule roofrack.

A roof rack further compromised by a range-ruining quartet of low-draw LED spotlamps mounted to the front that I thought might be useful in a very dark forest at night. There are more lights frenched into the grille, mainly on the assumption that you can never really have too many lights. The car is filled with kit – from traction boards to spare water, photography kit and snacks. Overkill is another habit I can’t seem to shake. But my goodness, the car looks great.

So when I ran over a rock some 20 miles from an actual road and any hope of mobile phone signal, and had the mother of all punctures, I was actually fairly sanguine. Bang, crump. The angry hiss of wounded rubber and instant decompression. A chance to prove my wilderness worth. I had a spare wheel and tyre. I had checked that I had the locking wheel nut key. I was ready to dangle the front wheel over a lump in lieu of a jack. What I hadn’t managed to remember was the actual wheel brace to get the wheel nuts off. Hence the stress. 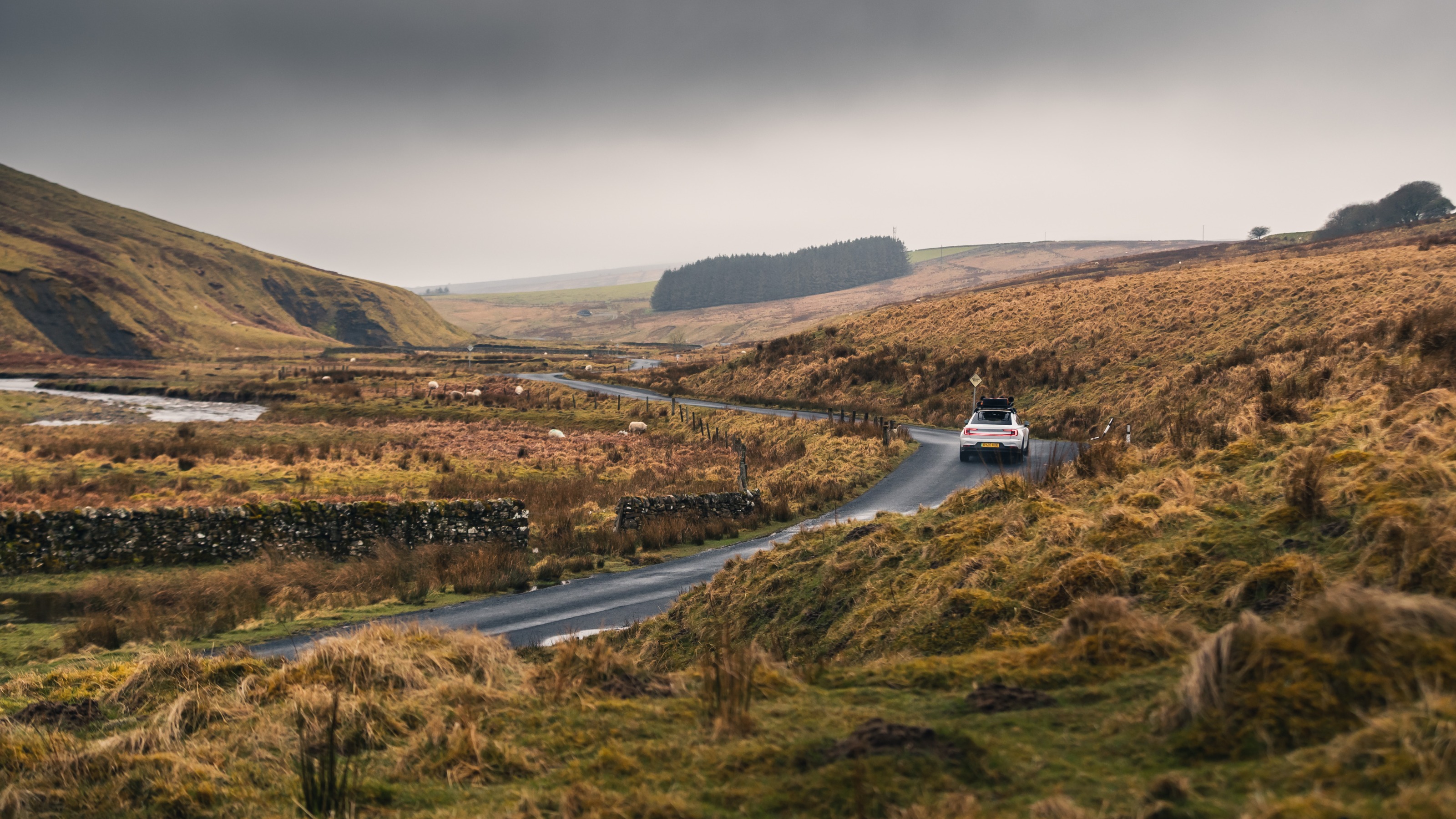 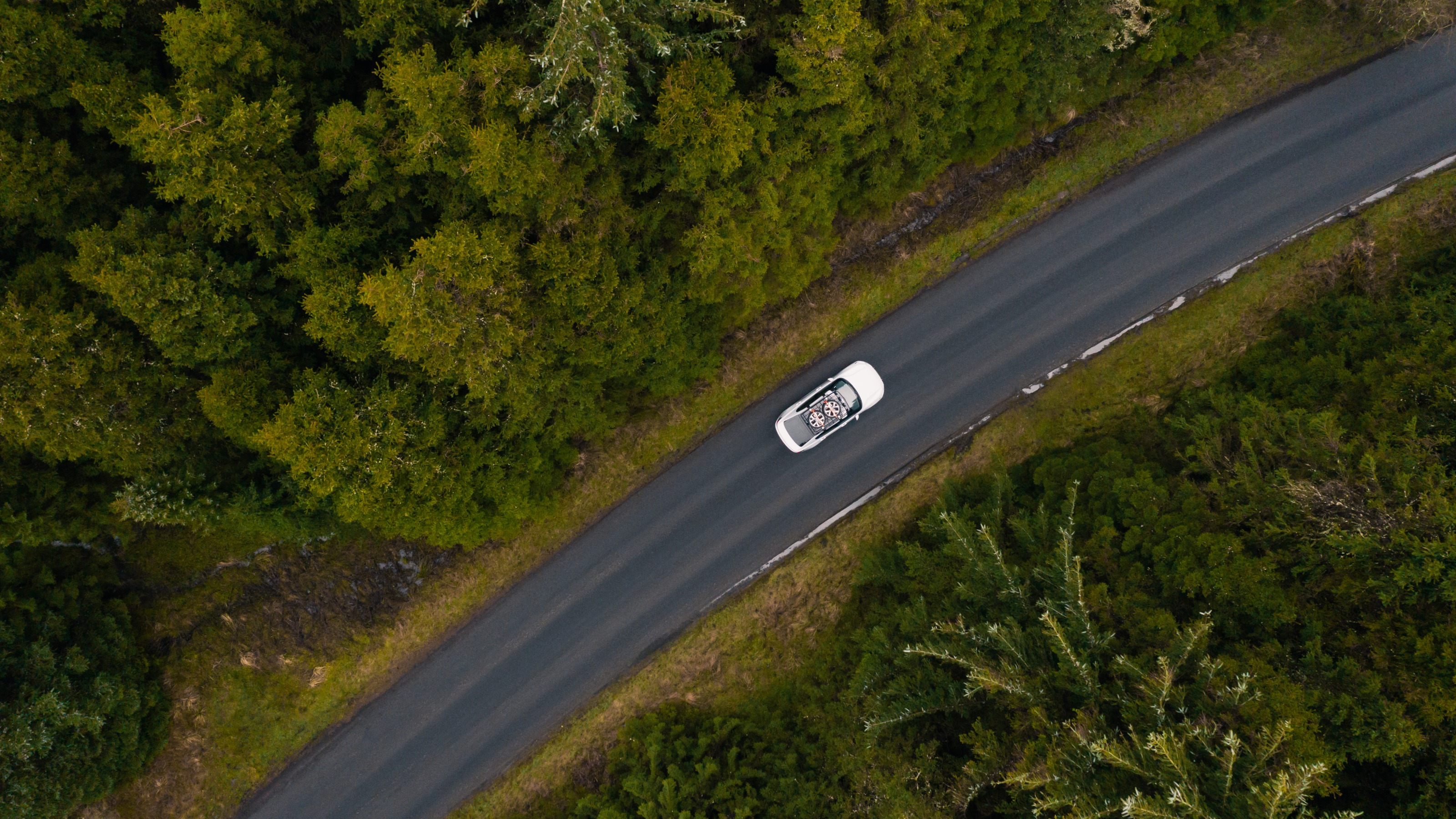 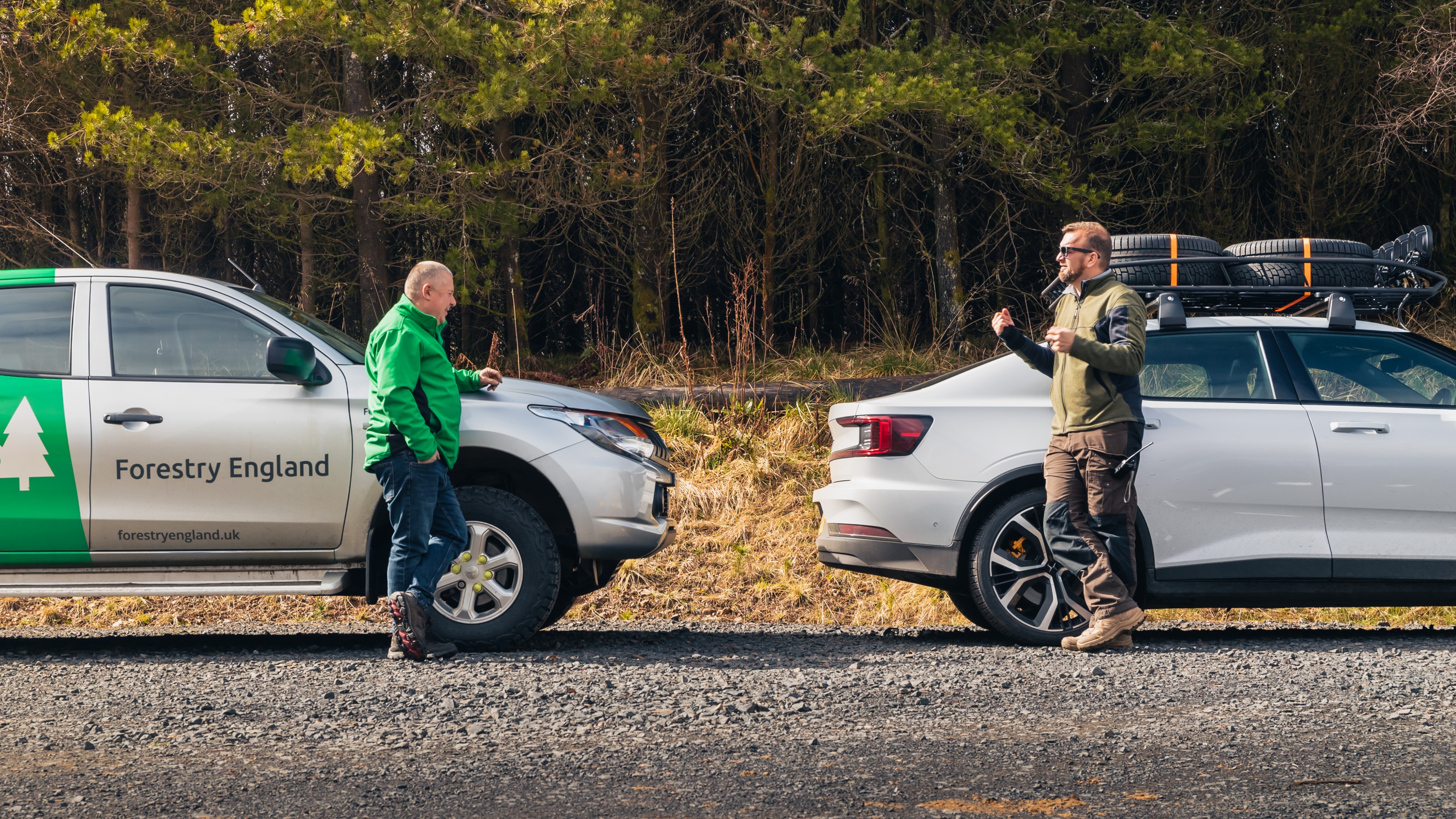 Luckily, we did have access to another vehicle, but we weren’t sure what kind of escape we could effect – so while photographer Jonny disappeared off to try and find a socket set, I filled the offending tyre with fix-it goo, and – very carefully – drove the car towards salvation. Off-road. Mostly on the rim, with teeth gritted hard enough to crack enamel. Two hours later, we were rescued by Simon, a Forestry England ranger whose ratchet did what I patently couldn’t, so I sort of stood at the back looking sheepish. Still, mobile once again, we were still in search of the real pole star, so it was back on the road to seek out some professional help.

And it’s on the road that the Polestar 2 confirmed why it’s a Top Gear favourite. Because it’s simply one of the most rounded everyday EVs on the market. It doesn’t offer the stark technological commitment of a Tesla, or a half-hearted application of lithium-ions, but something that manages personality to go with the mature style. The interior is a subtle cocoon, the exterior stylish rather than self-conscious. And of course, electric cars are good at acceleration. You sort of sit, astonished, as here becomes there with very little intimacy of the bit in-between – and this is a car that can hit 62mph in less than five.

But the 2 also manages to make corners fun. A lot of electric cars seem to attack a curve with enthusiastic banality, effect without texture. But the Polestar, even with its damping adjusted the wrong way and 150kg strapped to the roof, manages to be grown up and tactile. This isn’t the forthright excitement of a characterful internal combustion engine, no, but this car feels rather than baldly articulates. Converses in subtleties and the gaps left by big shouty emotion. It’s a grower. 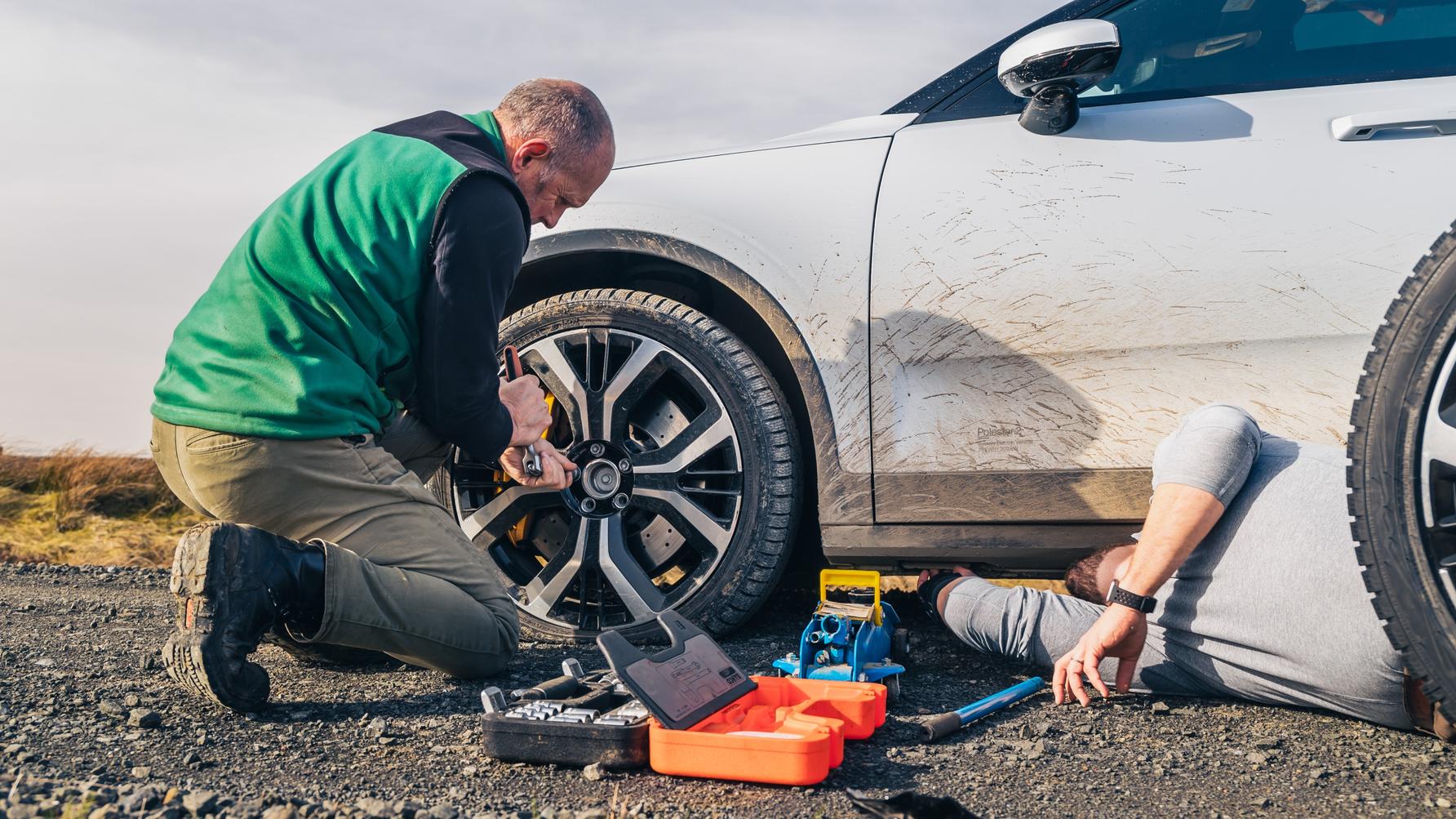 Soon enough we’re tracking up yet another lonely road towards tonight’s date. Night has fallen, which is useful, and the Big Lights have been deployed, but bright doesn’t really do them justice. A slick, arcing blade of light that stabs out and makes night day. Owls are rendered temporarily blind, and I swear that we are generating enough photons that when first switched on, the lights actually ruffle the leaves on the trees. Eventually though, we come to a rare and welcome sight; the Kielder Observatory, and the help we so desperately need.

The Kielder Observatory is dedicated to bringing the stars just that little bit closer to earth – metaphorically rather than literally – so that we might see them, and stand in galactic awe. It runs stargazy nights for anyone with even a passing interest in astronomy, educates and entertains. It’s supposed to resemble a ship sailing out into the generous view, but actually looks a bit like a wooden tank about to roll off a cliff. But it’s a brilliant building full of wonder. And telescopes.

It is also filled with knowledge, in our case in the shape of a certain Dan Pye, director of astronomy. Now Dan is a most excellent human being. He is also very gracious when I repeatedly refer to him as an astrologer. Dan guides us through the observatory’s mission statement, and thence through a map of the sky, immediately identifying Polaris – actually a triplet of stars about 433 light years away – the brightest point in the constellation Ursa Minor. A pinprick of light in the velvet of night with remarkable properties. Because it’s a compass.

The Polestar 2 is simply one of the most rounded EVs on the market.

Very basically, Polaris sits above the North Pole and therefore doesn’t really move much in the sky – the rest of the stars rotate around it like a giant merry-go-round. Thus, if you get clever with your sextant, it becomes a fixed point for navigation (it’s been used since the 5th century, and Christopher Columbus used it to discover America), and for astrometry – you can figure out where everything else is in the sky by identifying Polaris. And Polaris is a contraction of the Latin stella polaris, or pole star.

Standing out in the freezing night-time, staring red-cheeked up into a clear night littered with glittering celestial sparkle and listening to Dan warmly enthuse about the mythology of the stars, it’s hard not to feel small. It’s strange, but we try to lobotomise ourselves inch by pernicious inch by watching cat videos on the internet, and completely forget that the night sky can be better than telly. Quieter, certainly. Less prone to ad breaks, for sure. But better. Sometimes, to be awed, all you have to do is look up. 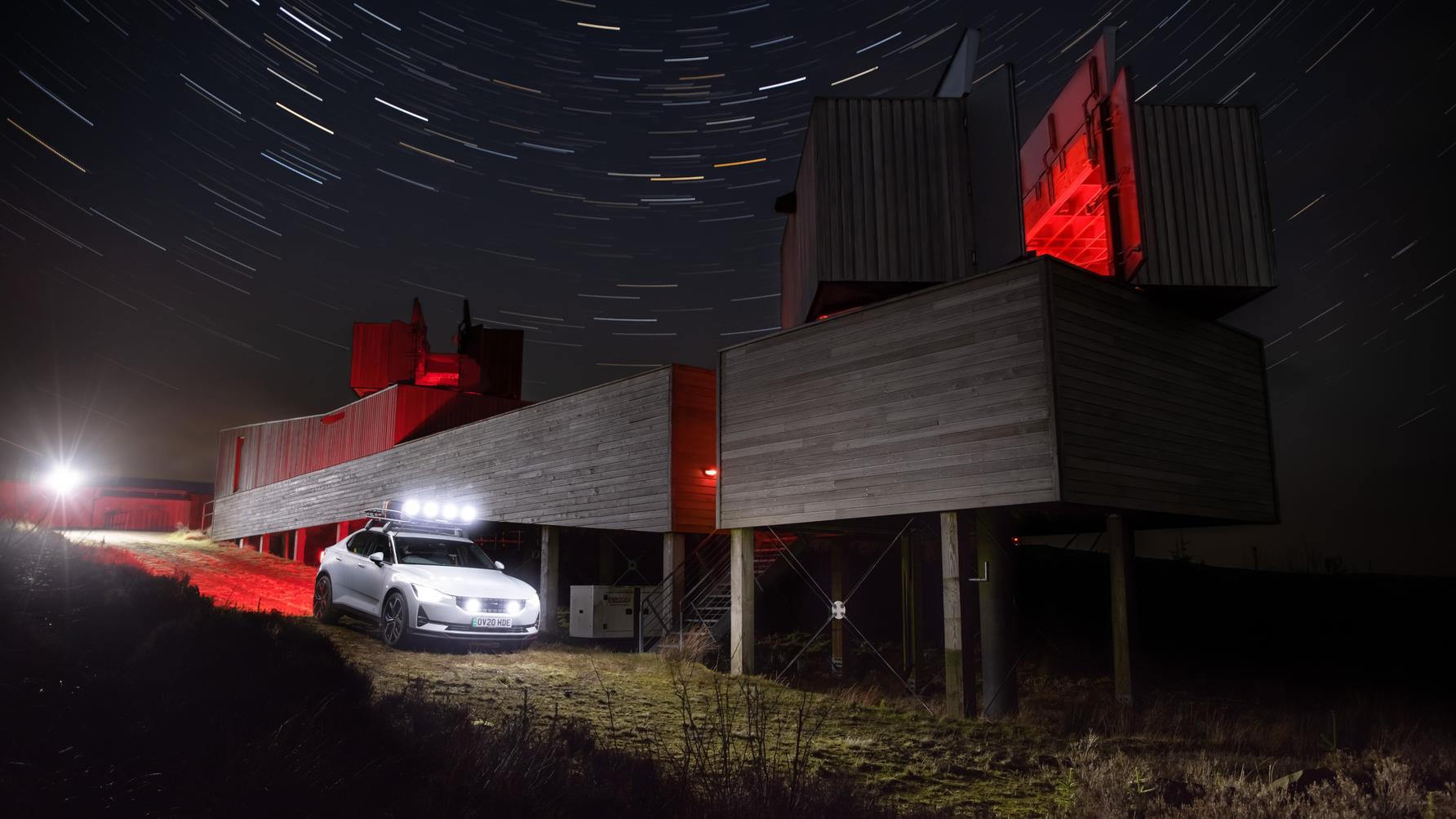 And it makes me think. The difference between a good and bad car these days is usually an area, rather than a hard line. A broader sweep than a specific point. Of course, one thing can tip the balance, but it’s harder than it used to be to identify a definitive. And this is something that’s even more stark when you compare electric motivation, because like it or not electric drivetrains have largely the same flavour of delivery.

But the Polestar 2 is a standout. Not because it is perfect, but because it has a gentle character that gives it just that little measure of soul. It’s a steady, reliable datum in the evolution of electric, just like the celestial pole star is in the night sky. It’s going to help us navigate the next few years. If the future of electric cars is built on first attempts like this, then the future is bright for EVs. And like the star that shares its name, the Polestar leads the way.