It's the new Ford Mustang!

2018 model brings with it more power, much suspension tuning and a new look 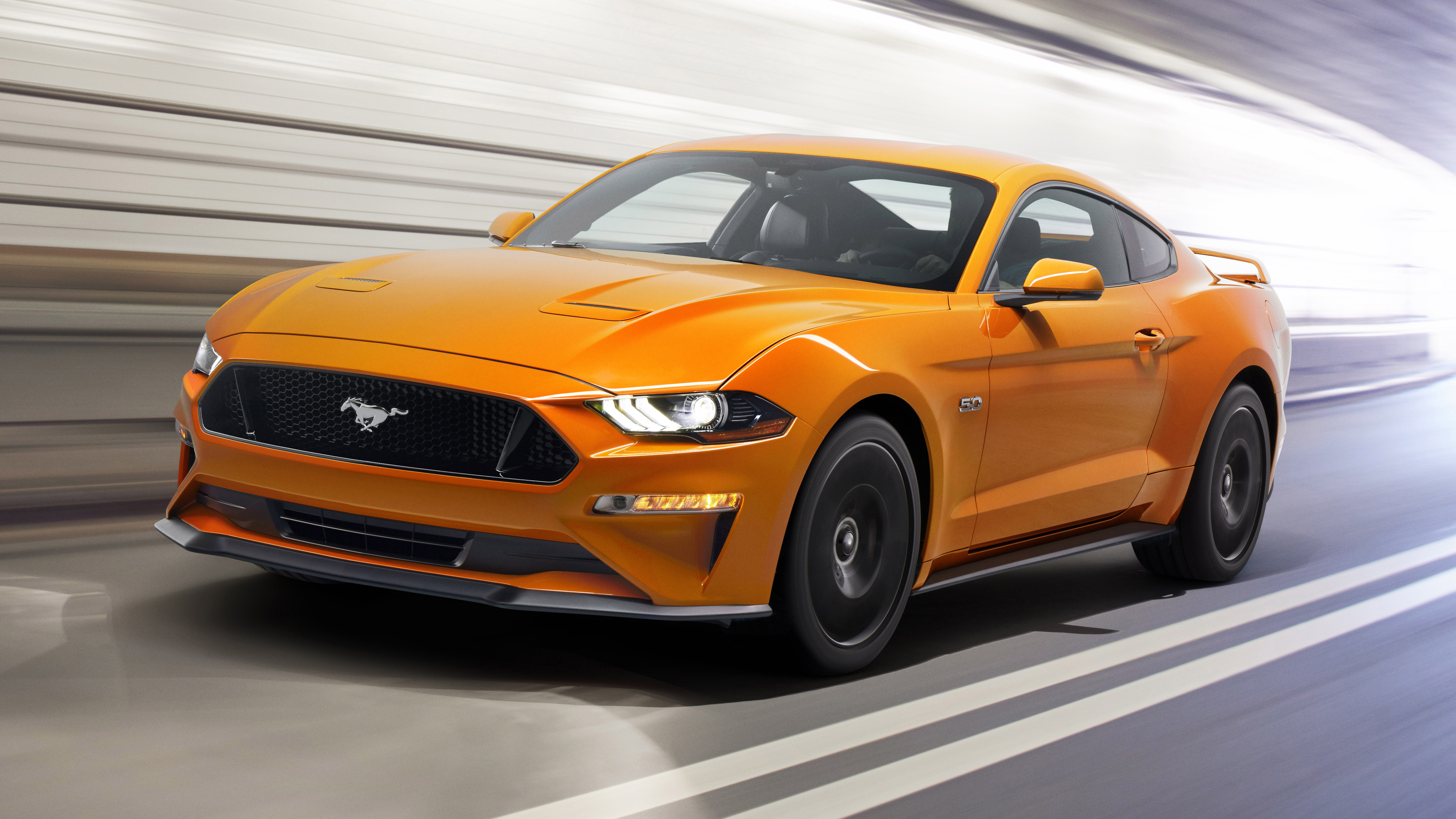 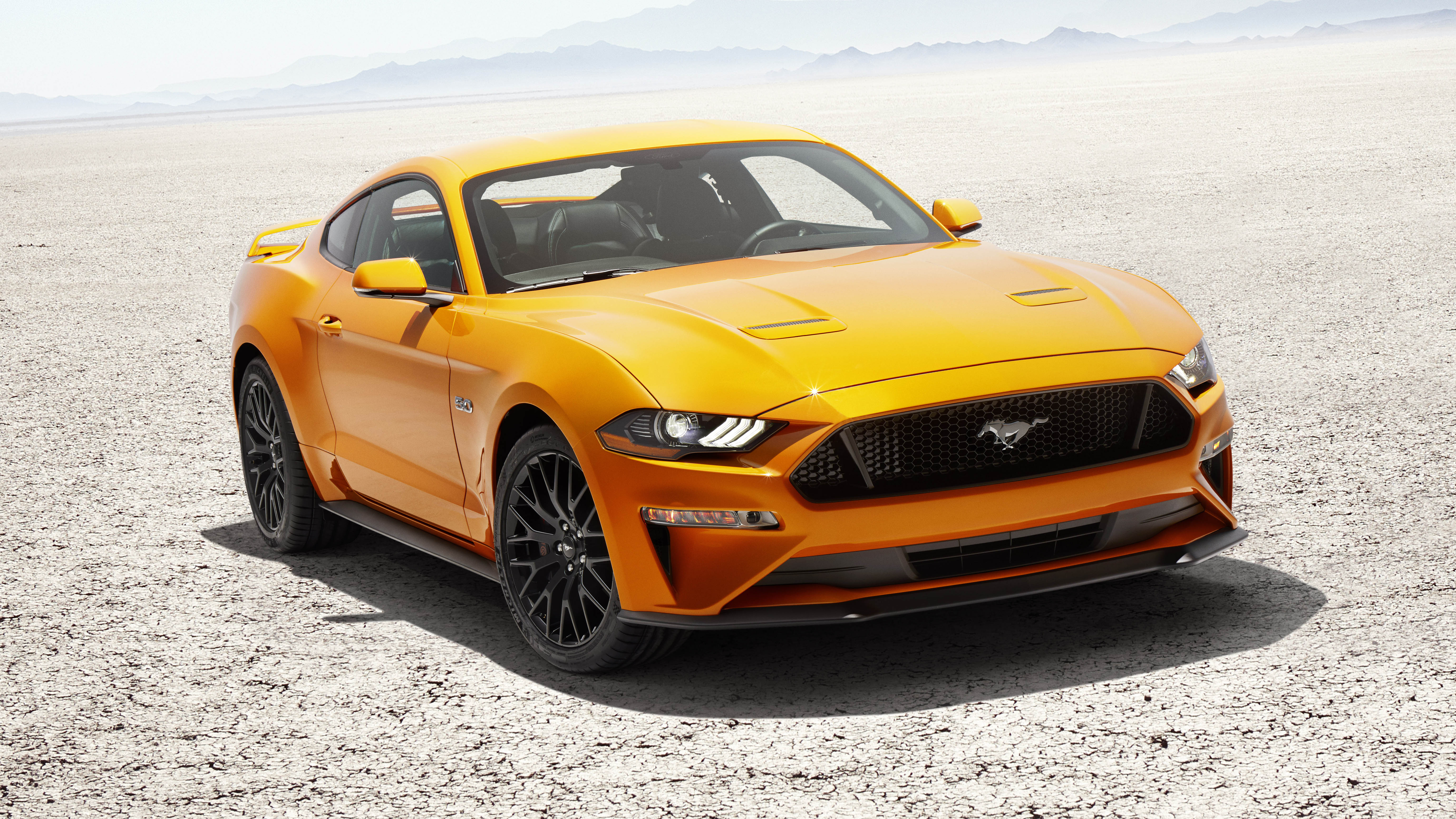 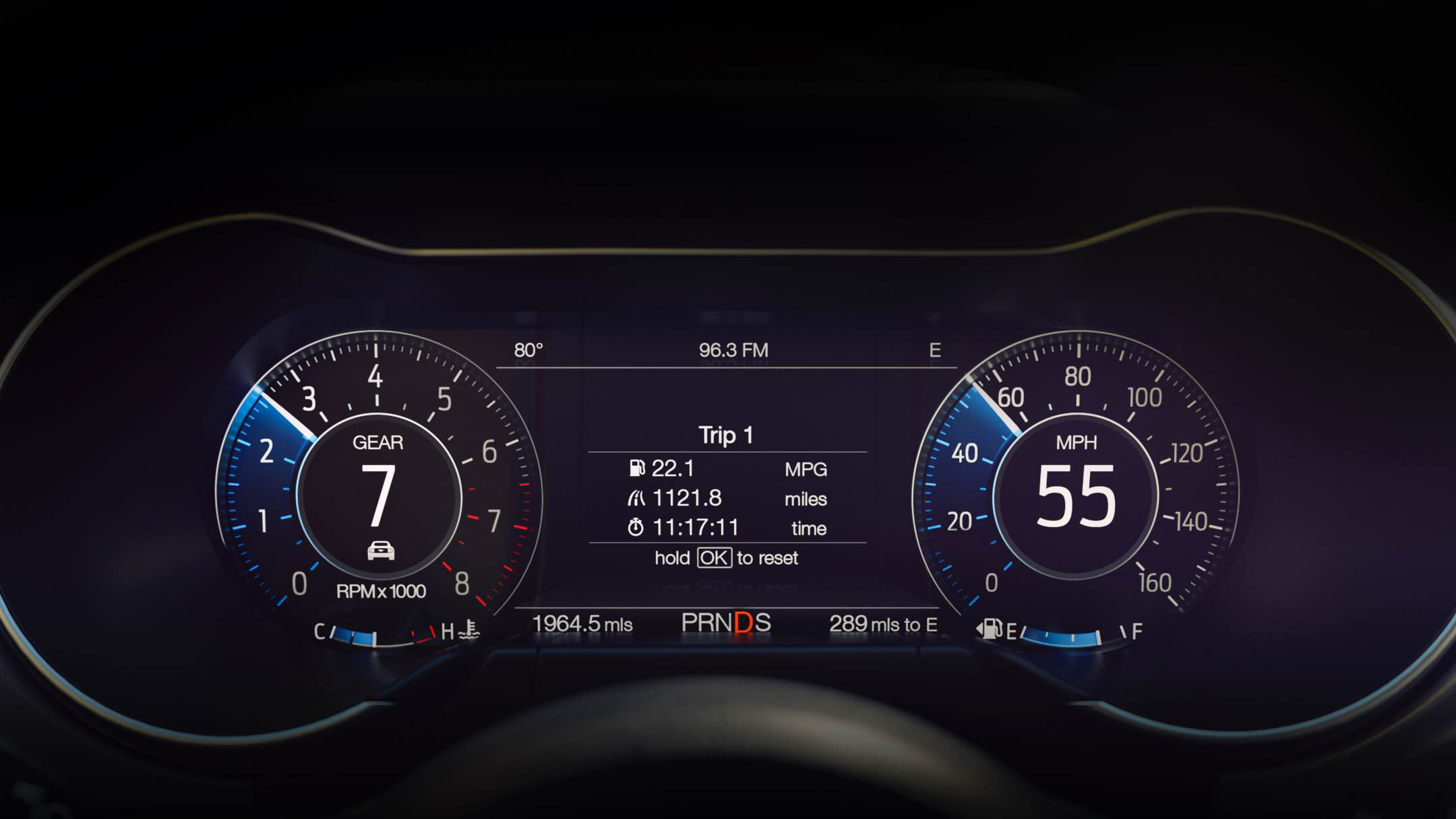 So here we are, staring at the front end of the refreshed, 2018 Ford Mustang. And what a pretty thing it is. Ford has announced a raft of upgrades for the iconic pony car, and we shall start with the most important one: power.

Yep, Ford has "thoroughly reworked" that 5.0-litre V8 from the Mustang GT, promising that it'll rev higher than any Mustang GT before it. It employs Ford's dual-fuel, high pressure direct injection and low-pressure port injection, meaning better torque, more horsepower and - even though you don't massively care about it - improved fuel efficiency.

Torque rises on the 2.3-litre, four-cylinder EcoBoost Mustang too, thanks to overboost tech during "wide-open throttle acceleration" (read: flat out). There's only one tiny snag: Ford hasn't yet confirmed the power or torque gains on either variant. The current GT V8 offers 416bhp and 390lb ft of torque, while the 2.3-litre car produces 317bhp and 319lb ft. So expect gains across the board. Good.

The manual gearbox for both engines has also been upgraded for better torque - the V8 car's 'box gets a new twin-disc clutch and dual-mass flywheel. Oh, and out goes the old six-speed auto, and in comes the new ten speed automatic gearbox, again, available for both engines. It shifts faster, gets "significantly reduced friction losses", comes with paddles, and features four different drive modes.

Speaking of drive modes, all Mustang models get new shocks for - we're promised - a better ride, while a new cross-axis joint at the back helps make it stiffer. Stabiliser bars are also introduced to better the response and handling. So it should be even pointier.

And if you really want to engage your inner Stig, Ford's adaptive dampers - dubbed Magneride, and previously seen on the GT350 - are available as an option for the first time.

Then we get to the stuff you can see: the bonnet and grille have been remodelled with new vents and refined aero, it comes with LED lights front and back, a new rear bumper, fascia and optional performance spoiler. The 2.3-litre 'Stang gets a dual-tip exhaust, while the V8 GT gets quad pipes. Quad pipes are good. (You can even option an active exhaust on the V8 'Stang for more noise.)

There's also more alloy wheels to choose from, new colours - including 'Orange Fury', which definitely isn't a long-lost Marvel Comics character - and a new centre console inside. There's more aluminium in there too, along with new seat surfaces, a new Mustang badge on the instrument panel and even a new key fob design. You'll also spot the 12in, fully-customisable digital LCD screen in the dash, while there's many assist functions: stuff to stop you crashing into things and people, lane-assist and even a driver alert system.

It'll go on sale in the US later this year. Like the new clothes?