This is the new Aston Martin DB11 Volante. Almost 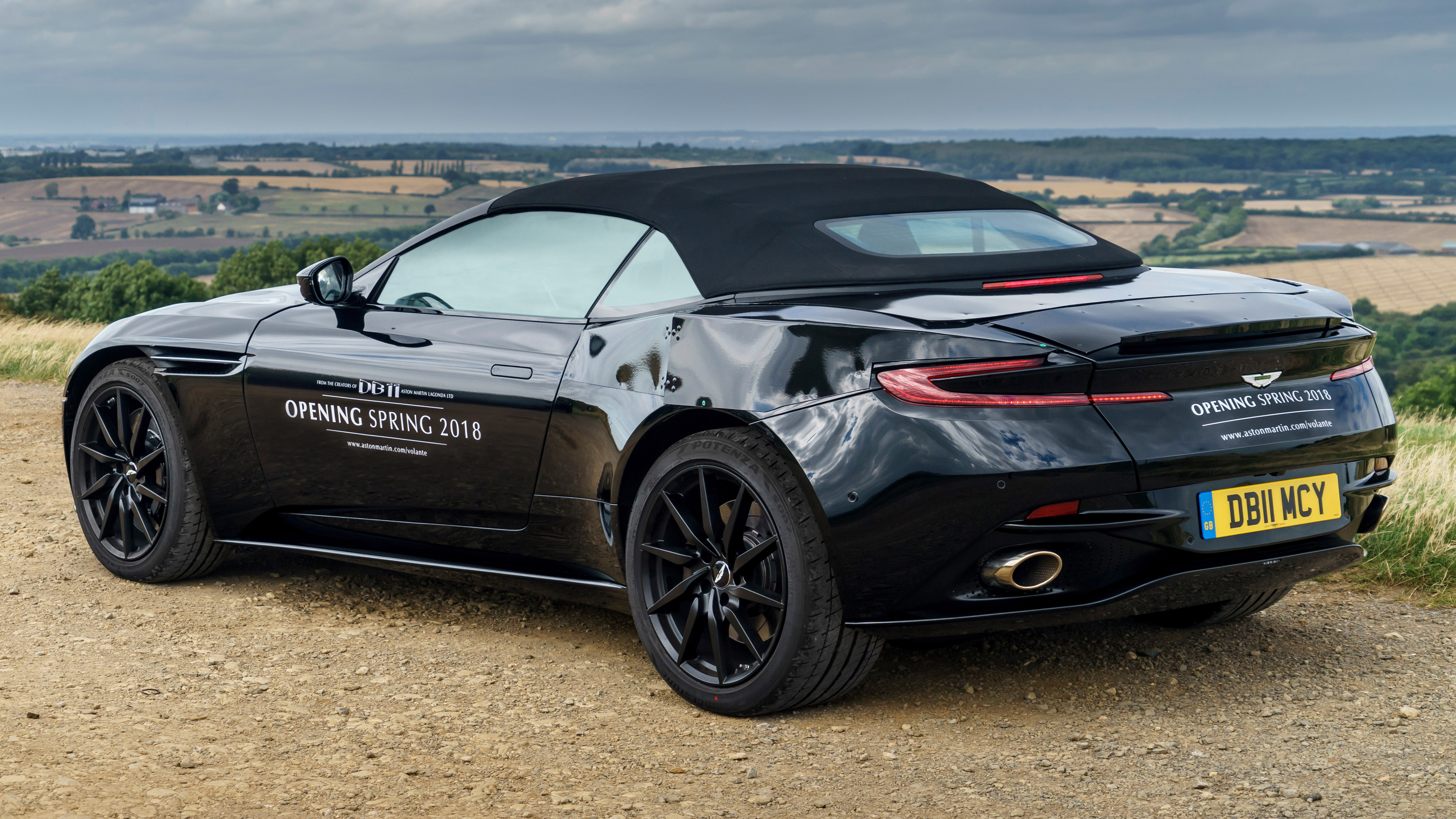 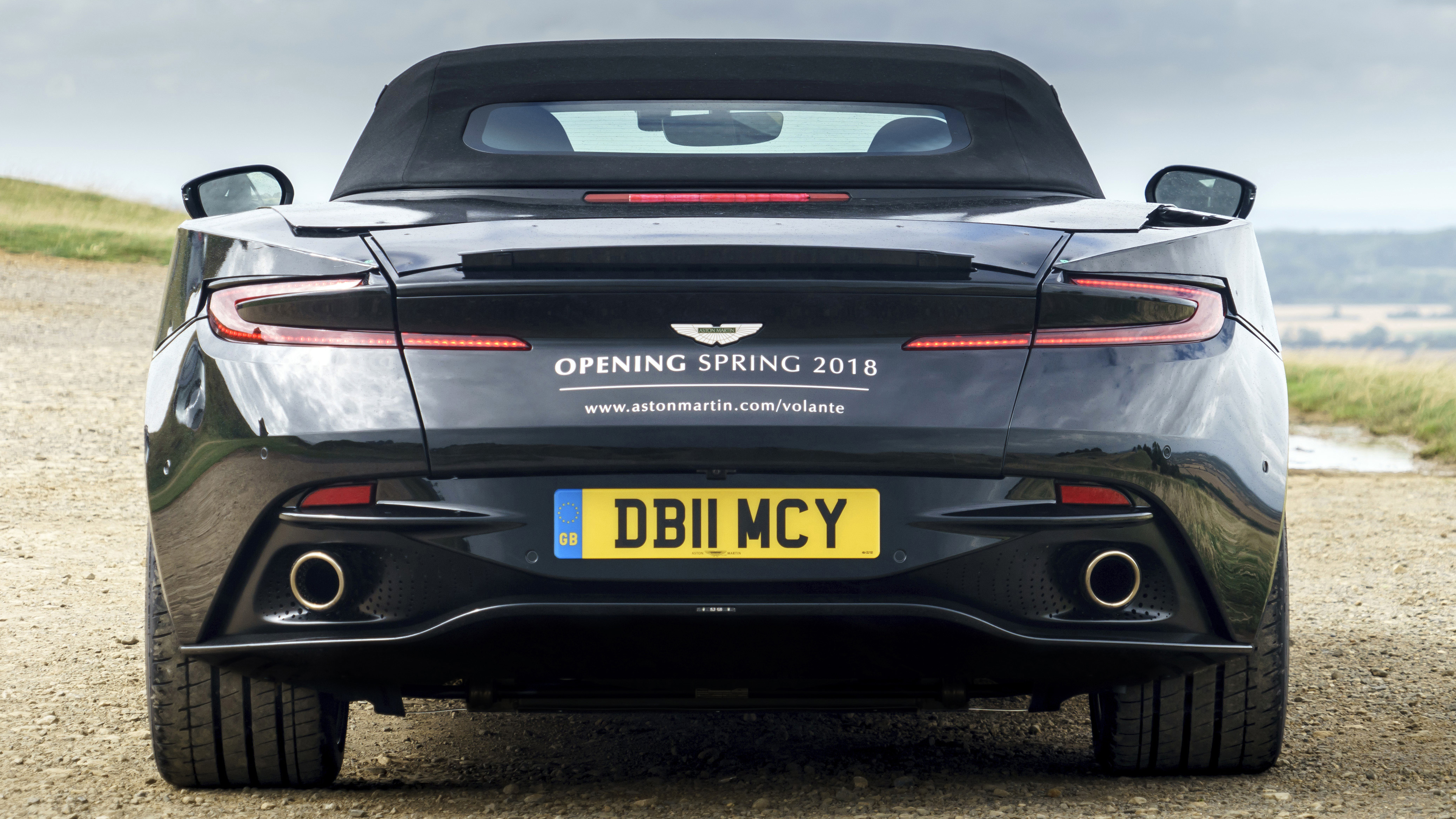 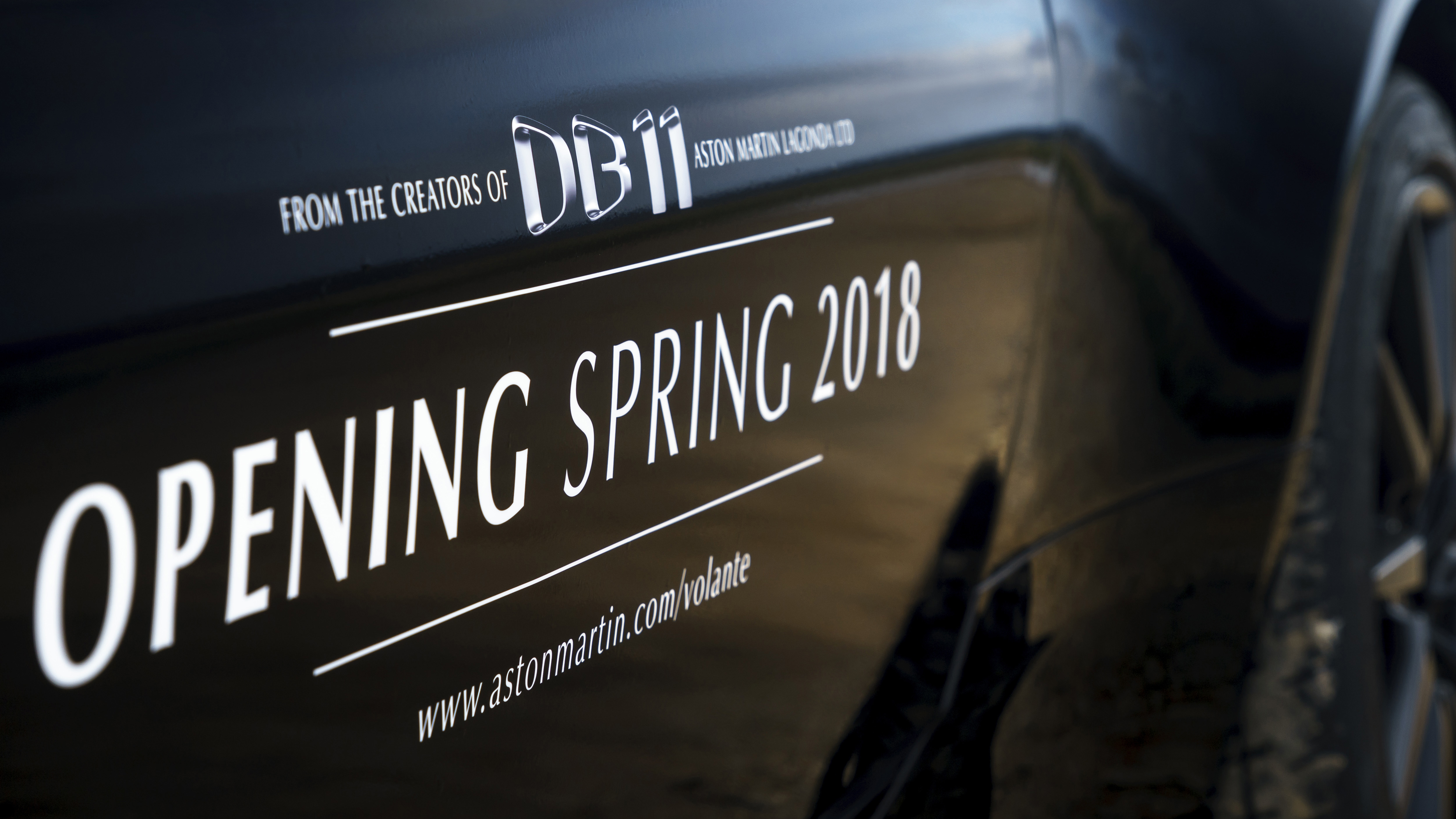 Ladies and gentlemen, boys and girls, innies and outies. Today is a momentous day. Friday September 16 2016 will go down in history as the day the world first clapped eyes upon the new Aston Martin DB11 Volante Engineering Car. Here it is, in all its engineeringy-car glory.

Truth is, we’re not absolutely sure exactly what an engineering car is. We assume it’s rather like a traditional ‘prototype’, only with more writing on the flanks and rear.

Beyond that, we know for sure nothing of the DB11 Volante. However, it’s a safe bet it’ll employ the rather stonking 5.2-litre V12 from the DB11 coupe, generating a similarly stonking 600bhp. Expect a 0-62mph time around four seconds, and a top speed close to 200mph.

It’ll be interesting to see how Aston’s dealt with the aero at the Volante’s rear: the fixed-roof DB11 employs - instead of a massive spoiler - clever intakes between rear glass and C-pillars, which funnel air under the bootlid and then up over that rear lip. Without proper C-pillars, the Volante’s engineers will need to find new solutions to reduce lift. Or just, y’know, fly a bit.

As you can read on the side of the car, the DB11 Volante ‘opens’ (see what they did there, chaps) in spring 2018, which seems a long time for an Engineering Car to become a Real Car. Hopefully it’s worth the wait: the DB11 is one of the best-sounding of the new turbo breed, and de-rooficating it can surely only improve matters.