This is the spaceship-inspired Hyundai Staria MPV

No, it’s not a concept. This is a real Hyundai van coming your way in 2021 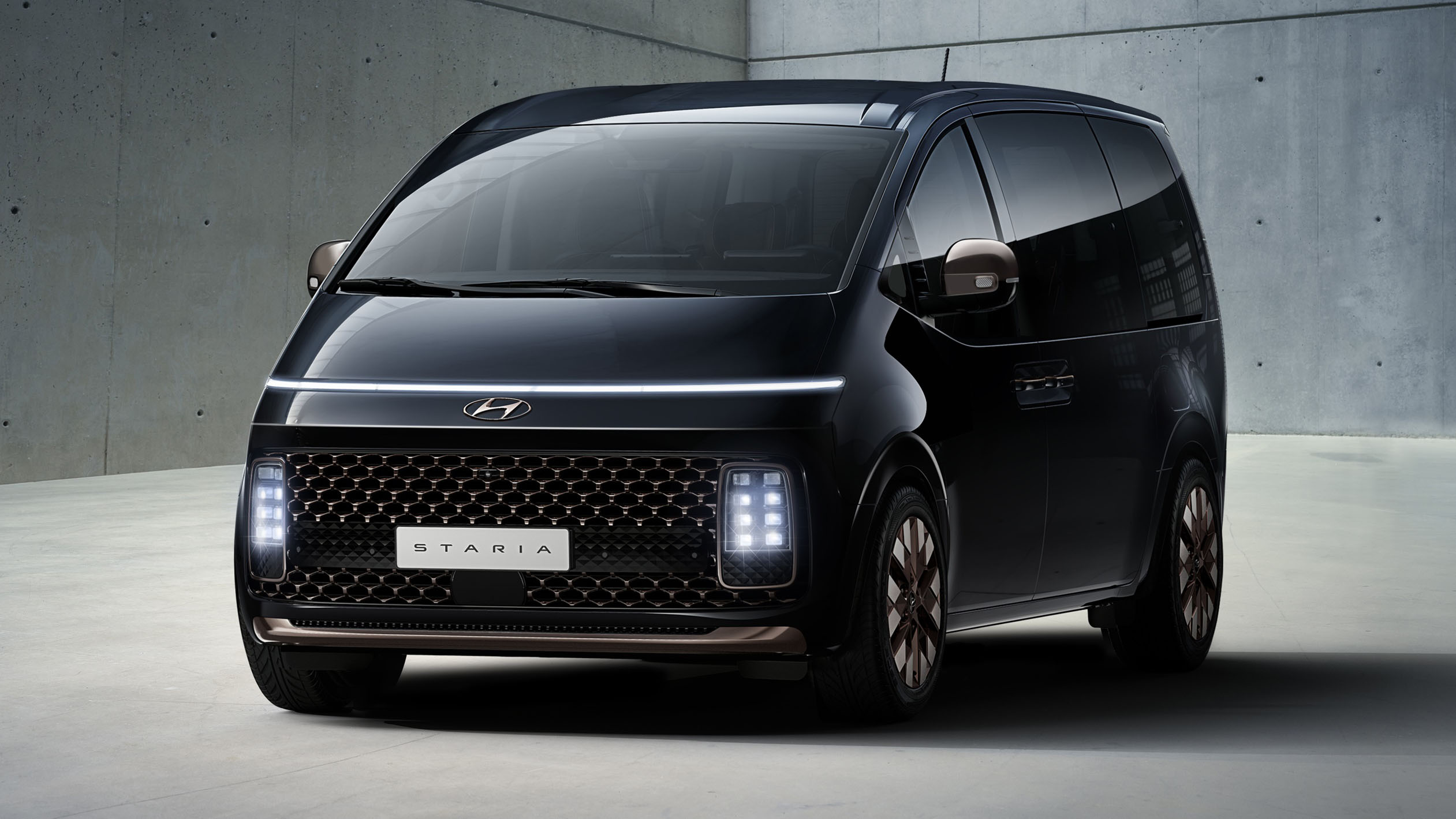 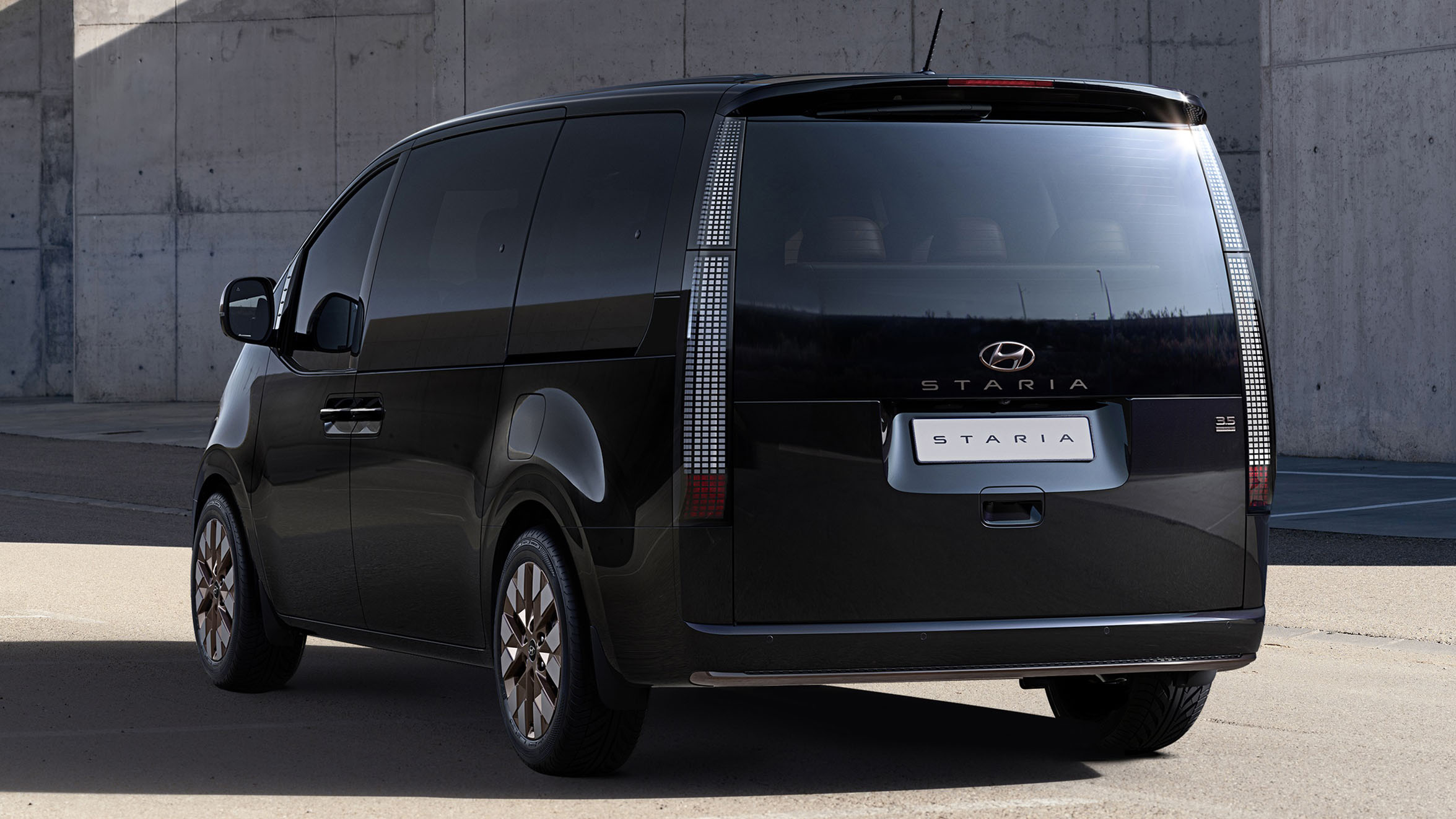 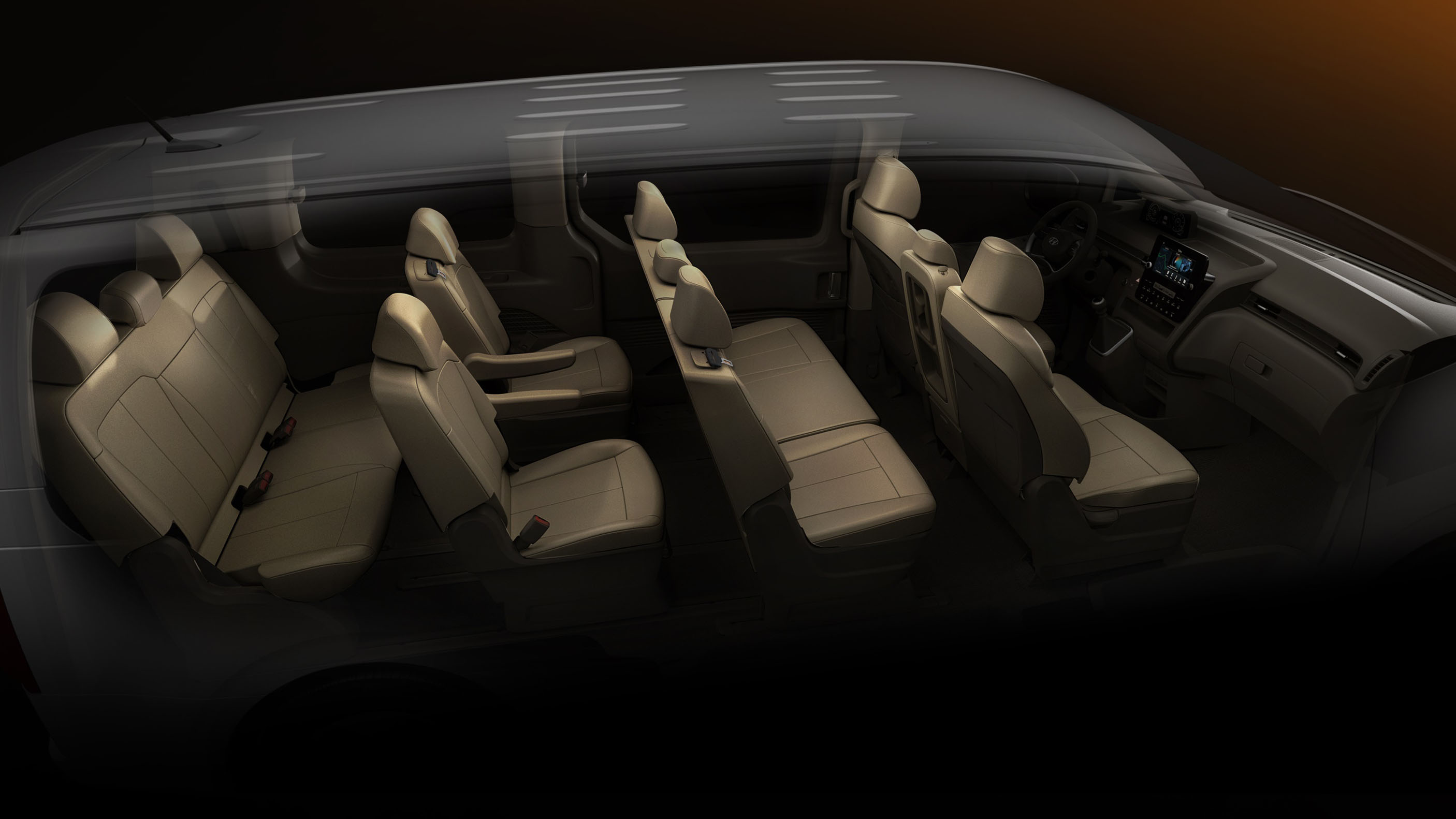 This is the Hyundai Staria, and it is a new motor vehicle with an exterior design “resembling a spaceship”. This is the kind of design TopGear.com can fully get on board with.

So, a warm welcome back for the humble MPV, clearly no longer a dirty word (initialism). Hyundai is bringing back a segment mercilessly pummelled into submission by those pesky crossovers, via a car from the future that movies have been promising us for decades.

The Staria has been designed with one, simple ‘streamlined silhouette’ running from front to back, “inspired by the halo that illuminates Earth’s horizon during sunrise when viewed from space”.

Beginning our ascent into the stars, then, we find a row of horizontal daytime running lights stretching across the face of the Staria, complemented by a wide grille and a pair of low-set lights on either side.

From there, it rises quickly and smoothly through that arc to the rear, where a pair of vertical light strips adorn either side of the rear windscreen, atop a wide, low-set rear bumper for easier loading. We’d like to proffer more words on the design, but it’s so simple and clean… that’s about it.

Inside however, it goes full cruise ship. Because Hyundai tells us it’s been inspired by the lounge of a cruise ship. A big, 10.25in upright touchscreen dominates the centre console, with a smaller digital cluster atop the driver’s side of the dash. There’s plenty of storage of course – it is a Hyundai, after all – while ‘high-end’ Starias feature a ‘one-touch’ relaxation mode on the second row. This basically auto-reclines the seats.

The nine-seat option allows for the second row to swivel around and interact with the third row passengers, perhaps to discuss which of the SIXTY FOUR ambient mood lamp colours to activate. Hyundai says the Staria will be available from a two-seater (Big Massive Van) right up to an 11-seater (Big Massive People Carrier), and full details will be revealed later this year.

Details like… what on Earth powers it. Although, as hinted at the top, perhaps Earthly duties aren’t part of the Staria’s remit.