It’s on! Lewis takes 103rd win in Saudi Arabia after an action-packed race 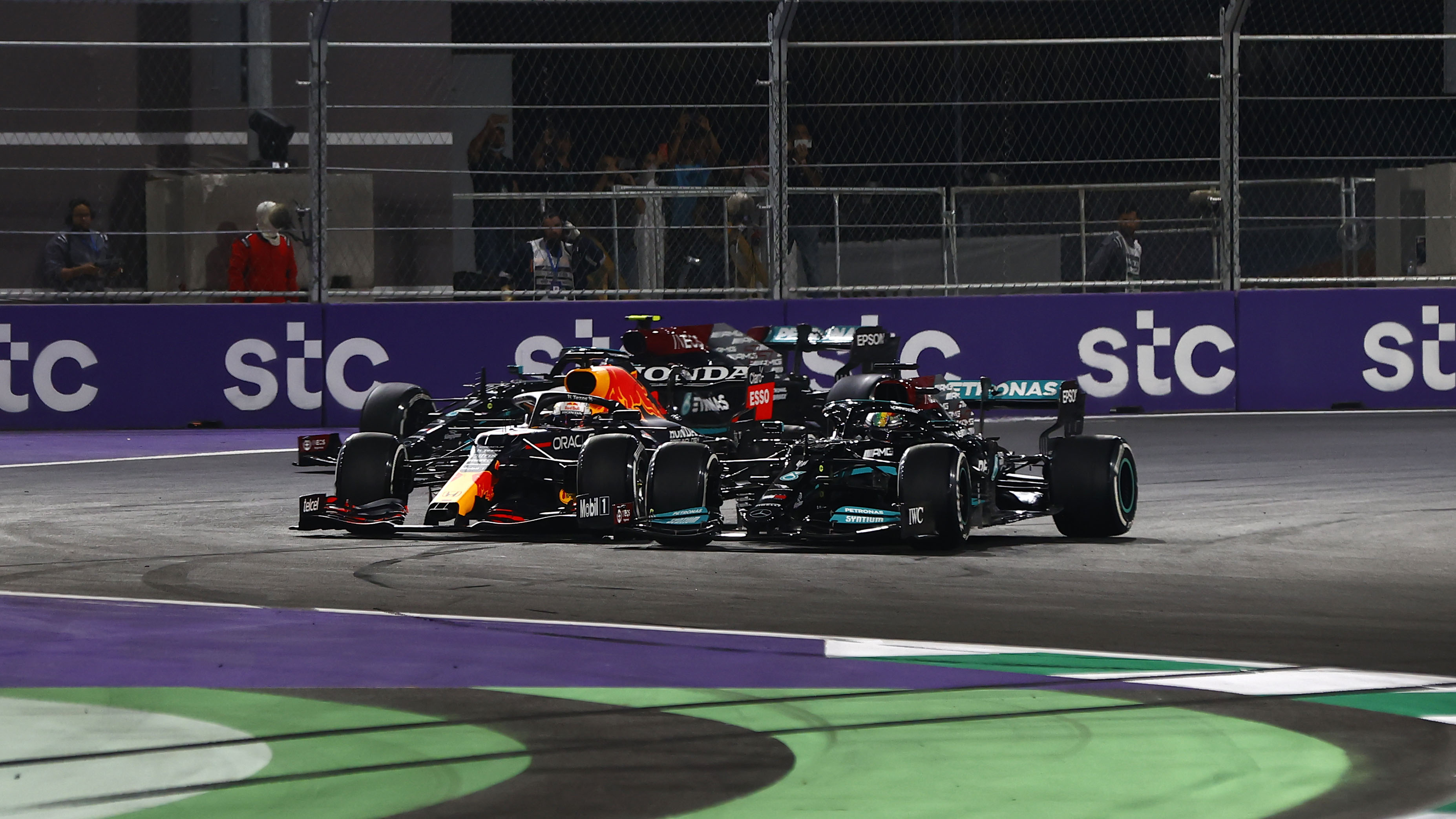 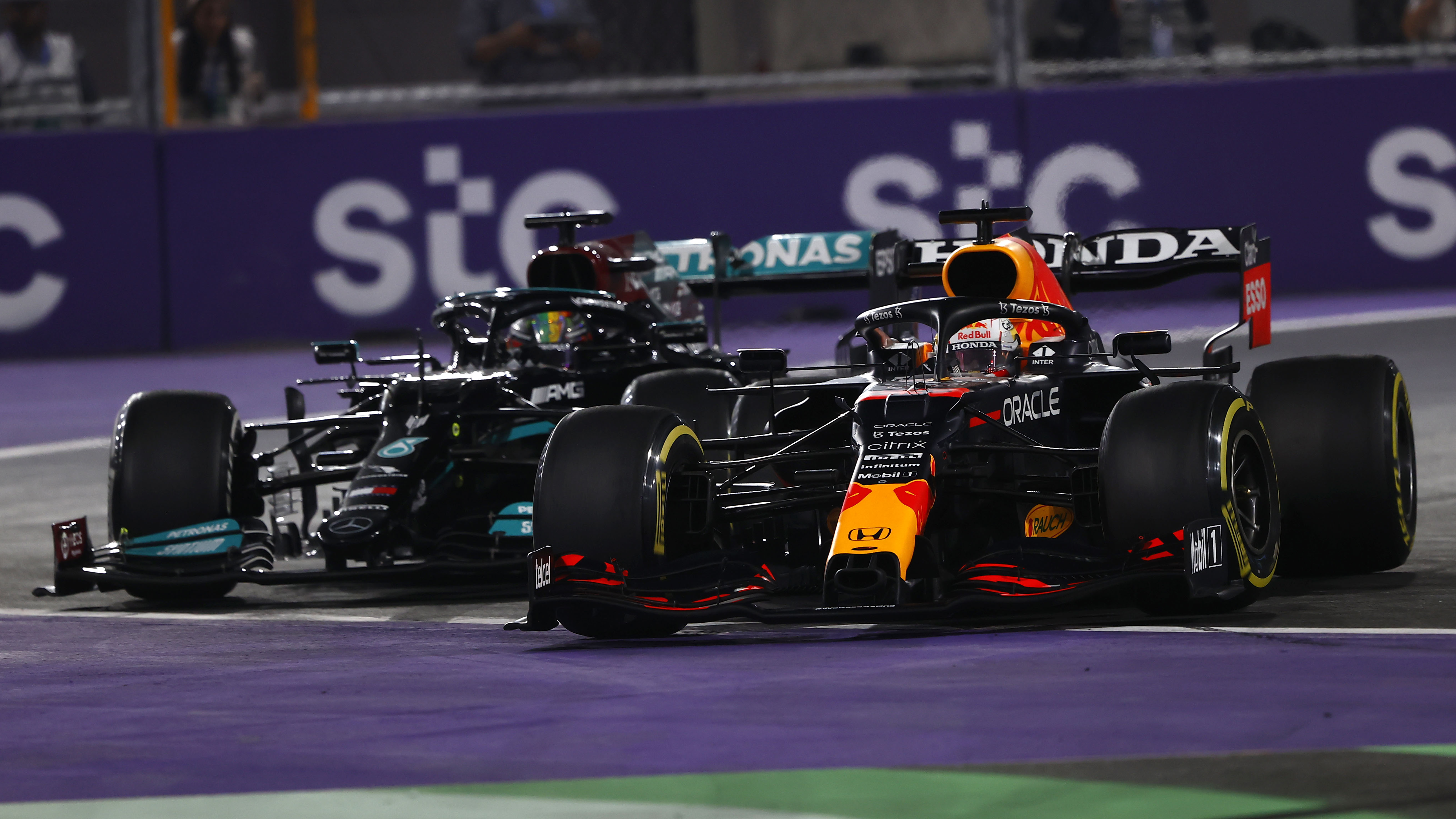 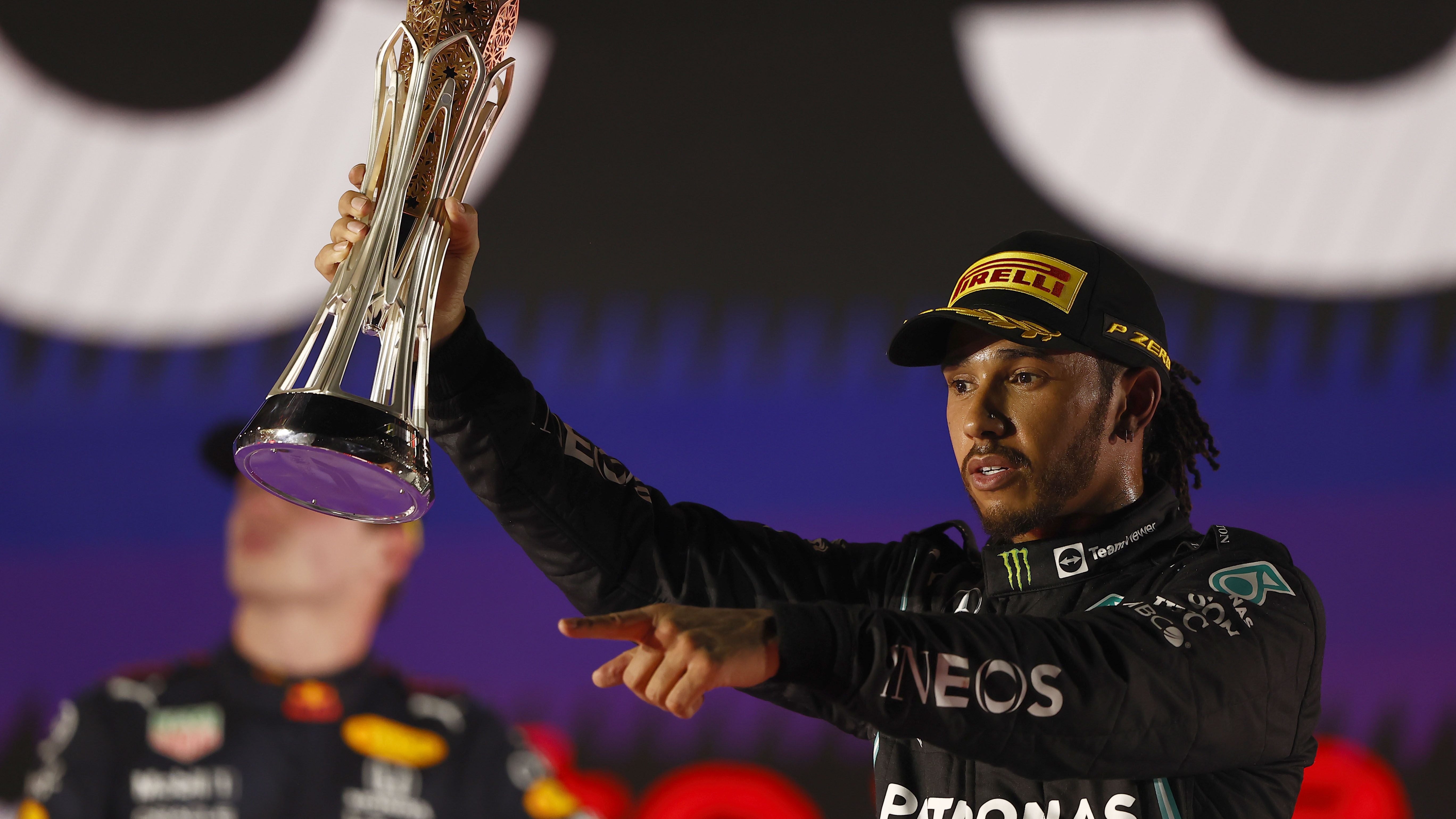 Esteban Ocon narrowly missed out on a podium finish in the inaugural Saudi Arabian Grand Prix, cruelly denied by Mercedes-AMG’s Valtteri Bottas out-dragging him literally across the finish line. Heart-in-yer-mouth stuff, that.

Elsewhere, championship rivals Lewis Hamilton and Max Verstappen had a relaxed, calm and largely insignificant race. By which we mean they both pushed each other to such an extent they created their own Formula.

So, after 21 bruising, fast-paced and hard-fought rounds, Lewis Hamilton and Max Verstappen will both hear the final bell in Abu Dhabi. Hamilton’s victory in an action-packed Saudi Arabian Grand Prix has set up a tantalising winner-takes-all battle royale next week.

Apparently it’ll be the 30th time a championship has been decided on the last race – Hamilton no stranger to these throughout his career – both being tied on an equal 369.5 points apiece. Verstappen has one more win and therefore heads into next weekend with a slight advantage.

“That has got to be the craziest race I can remember!” Pete Bonnington, Lewis’s race engineer said immediately after the race. And Bono got it spot on. The pendulum swung so many times between the battling pair it’s a wonder they didn’t get dizzy.

Hamilton got a clean getaway from pole, but it swung back Verstappen’s way after Mick Schumacher put his Haas in a wall triggering the safety car. Because while Merc pitted both their cars, Red Bull stayed out, giving Verstappen crucial track advantage.

Then the race was red flagged and Red Bull changed Verstappen’s tyres for ‘free’. But at the restart Hamilton in second got a better start and was ahead going into the corner. At which point Verstappen passed him off track. After which there was another crash, and the race was red flagged once more. And then a discussion about where Verstappen should start. He started third behind Hamilton and Ocon. And then passed both on the restart.

Phew. And then. And then. Hamilton charged after Verstappen, both went off track, and after Verstappen was ordered to slow down to let Hamilton retake the lead, they both crashed. He later let Lewis past, after which Lewis ran off and never looked back to take the win.

Hamilton, visibly exhausted in his post-race interview, told David Coulthard: “I've been racing a long time and that was incredibly tough. I tried to be as sensible and tough as I could be and with all my experience just keeping the car on the track and staying clean.

"It was difficult. We had all sorts of things thrown at us so I'm just really proud of everyone,” he added. “The track is phenomenal, very difficult physically and mentally, but you wouldn’t want it any other way."

Verstappen said: “It was quite eventful! A lot of things happened, which I don't fully agree with, but it is what it is. I tried to give it my all, I don't think the tyres were lasting. I was lacking a bit of rubber at the end, nevertheless, still second.”

Before you dive into the comments – because you will have comments after that monster of a race – spare a thought for poor old Esteban.