Michael Schumacher’s old racer is up for auction

This Benetton-Ford is expected to go for at least £180,000 next month 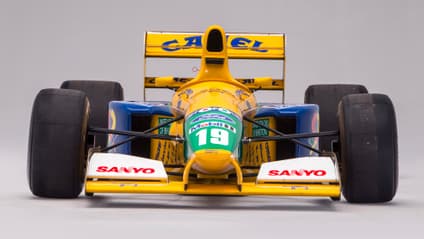