Simracing specialist Fanatec co-designs the wheel for the M4 GT3 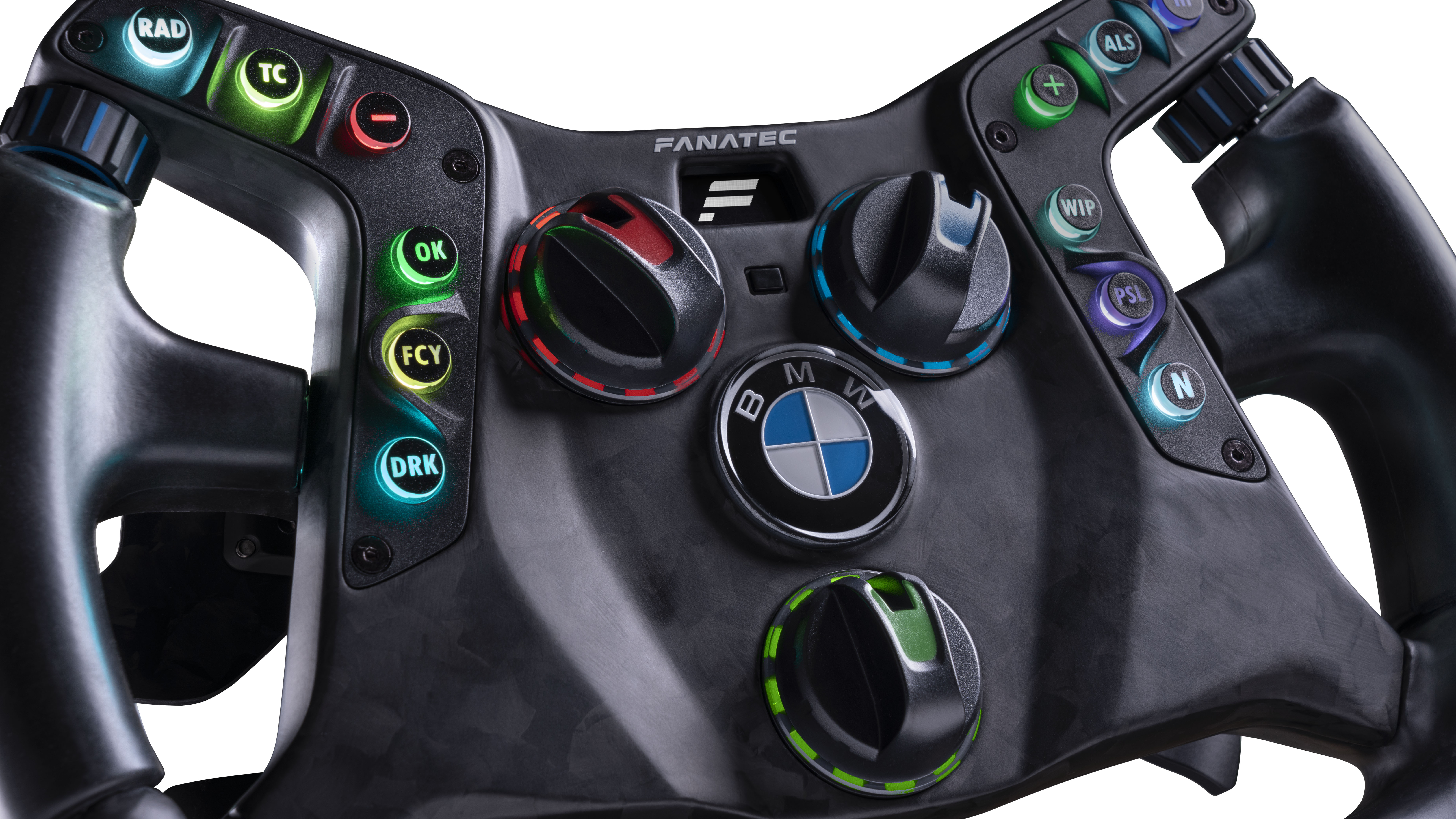 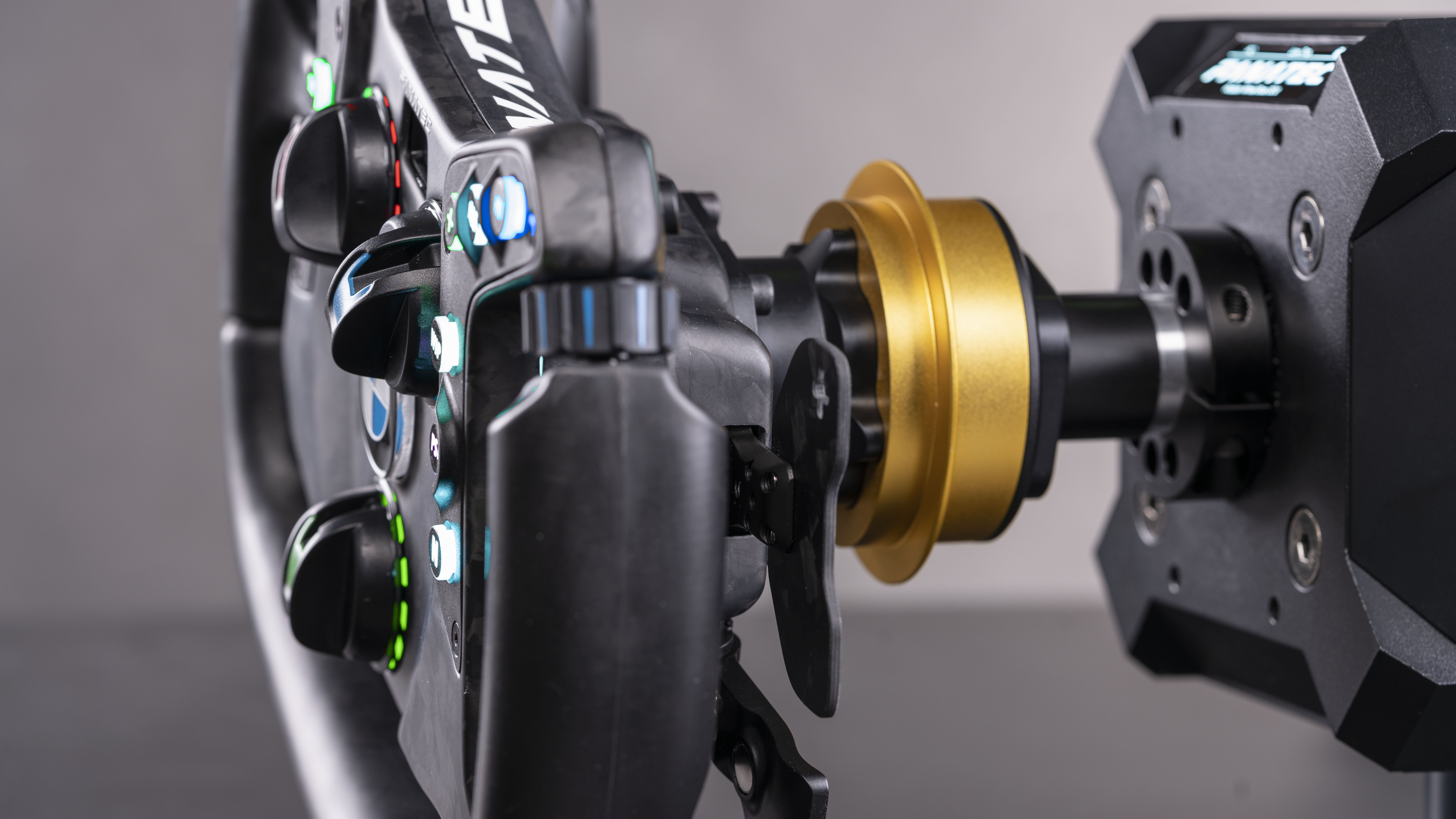 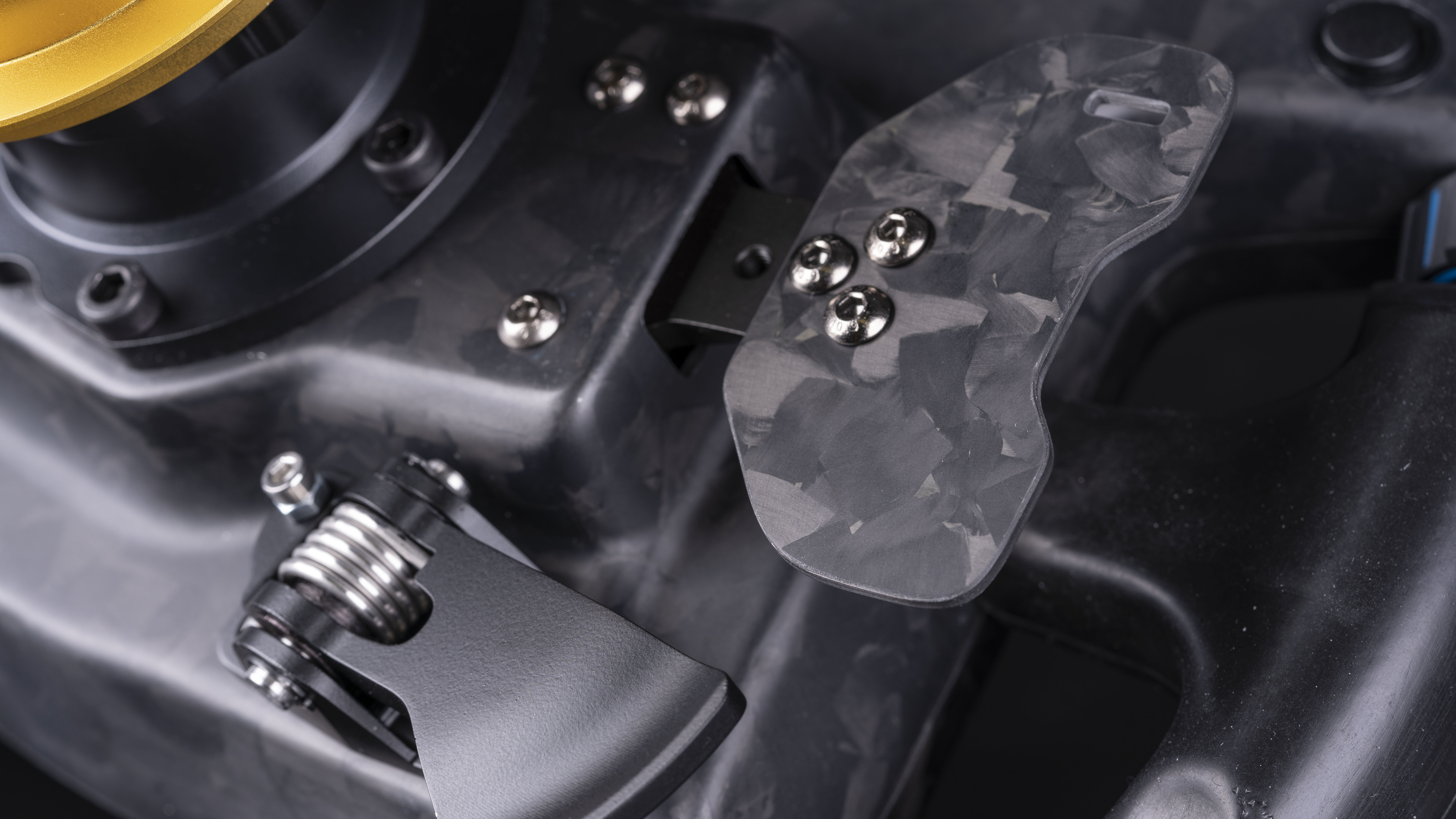 Well, we've finally reached the logical conclusion of the arms race to create ever more realistic driving game hardware. Why put together a painstakingly detailed replica of a racing car steering wheel for gamers when you could just build the wheel itself?

That appears to be the thought process at Fanatec which, in collaboration with engineers at BMW, has designed a steering wheel that is compatible with PlayStation, PC and the real-life 2022 BMW M4 GT3 racing car.

To be clear, the Podium Steering Wheel BMW M4 GT3 is the exact same wheel that will be used in the GT car and as a result it's constructed to the exacting standards of modern motorsport homologation. That means eight layer forged carbon construction, dual action magnetic shifter paddles and backlit buttons for racing either at night or in an inadequately lit gaming basement.

As a gamer it will feel a bit like you're putting together a complete racing car one component at a time via one of those overpriced magazine subscriptions, but for drivers who are lucky enough to be switching between the sim and the real thing, sharing a single wheel means exact continuity.

Being a legitimate racecar component, we're not expecting this thing to be cheap – certainly nothing under four figures – but if you absolutely must have the most authentic equipment for your racing games, this appears to be as real as it gets. Fanatec has a revised version of its quick release system to connect it to your wheelbase and there's even a directional pad cunningly hidden beneath the BMW badge.

Of course, the only problem with simracing with real world motorsport technology in your mitts, is that it's one fewer excuse when you clumsily drop a wheel on the grass at turn one and end up facing backwards as the entire grid surges past. Would you believe we were momentarily blinded by the pretty backlit buttons?