Strap down your shopping: Merc’s smallest crossover gets 415bhp 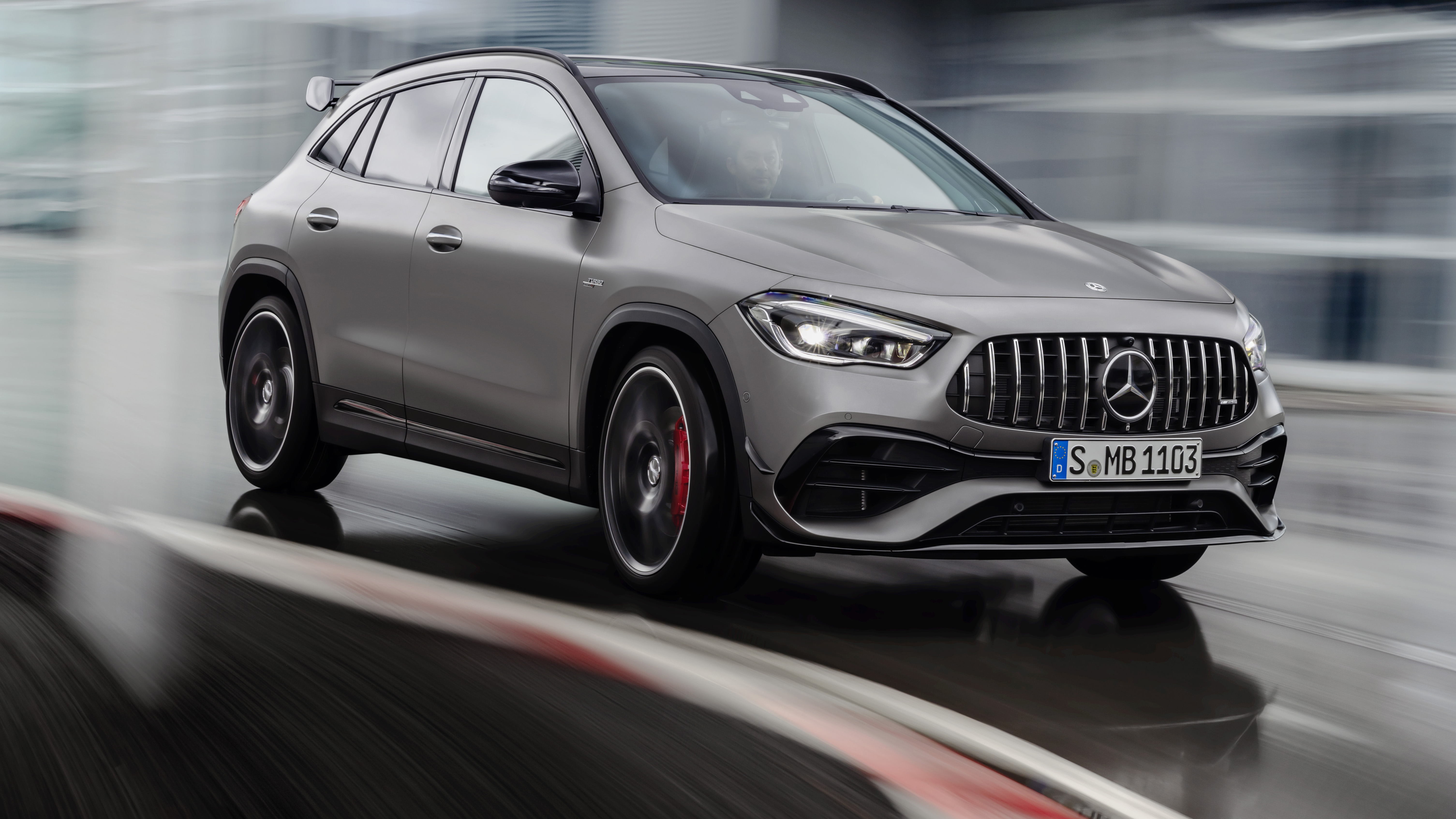 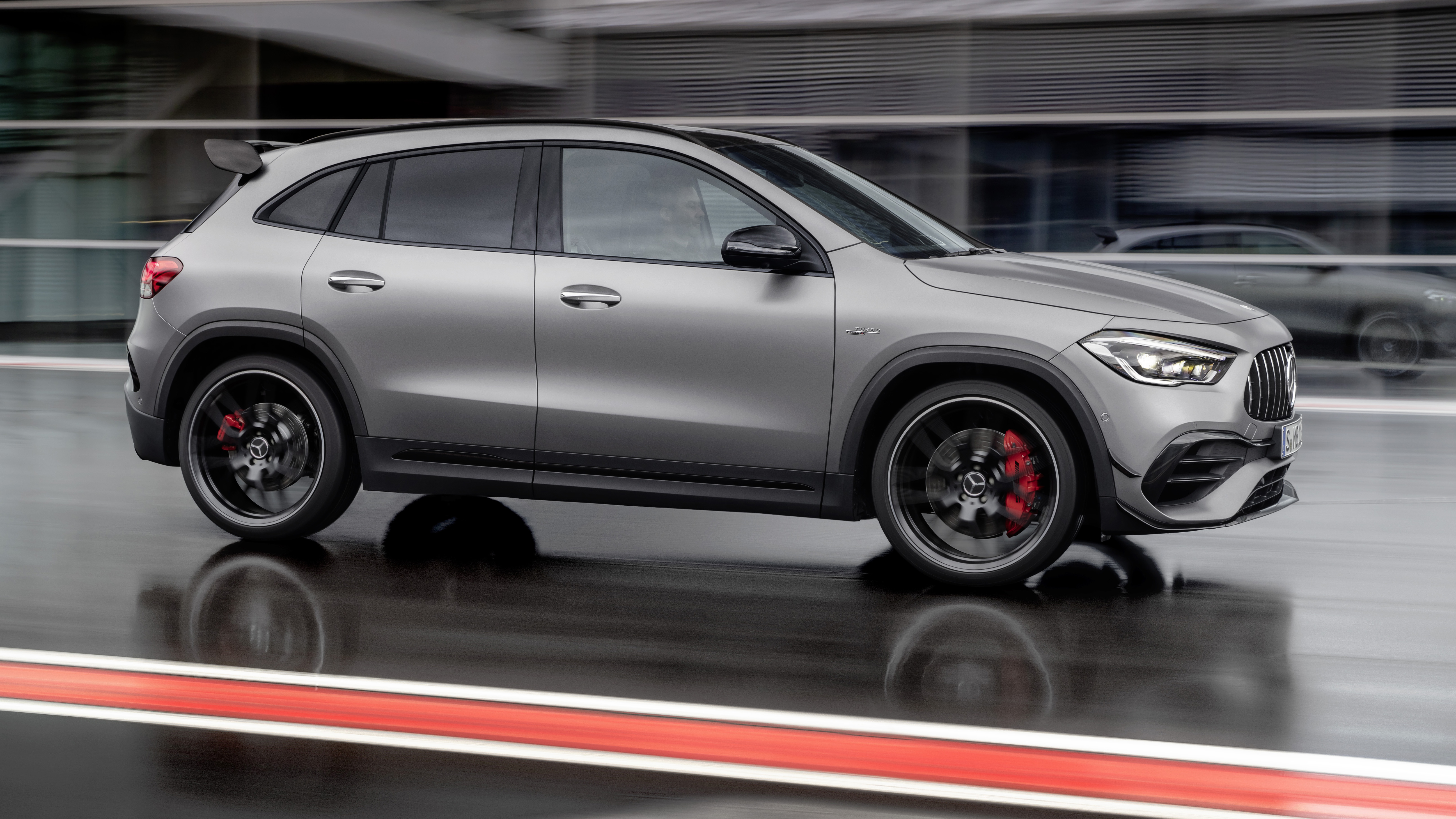 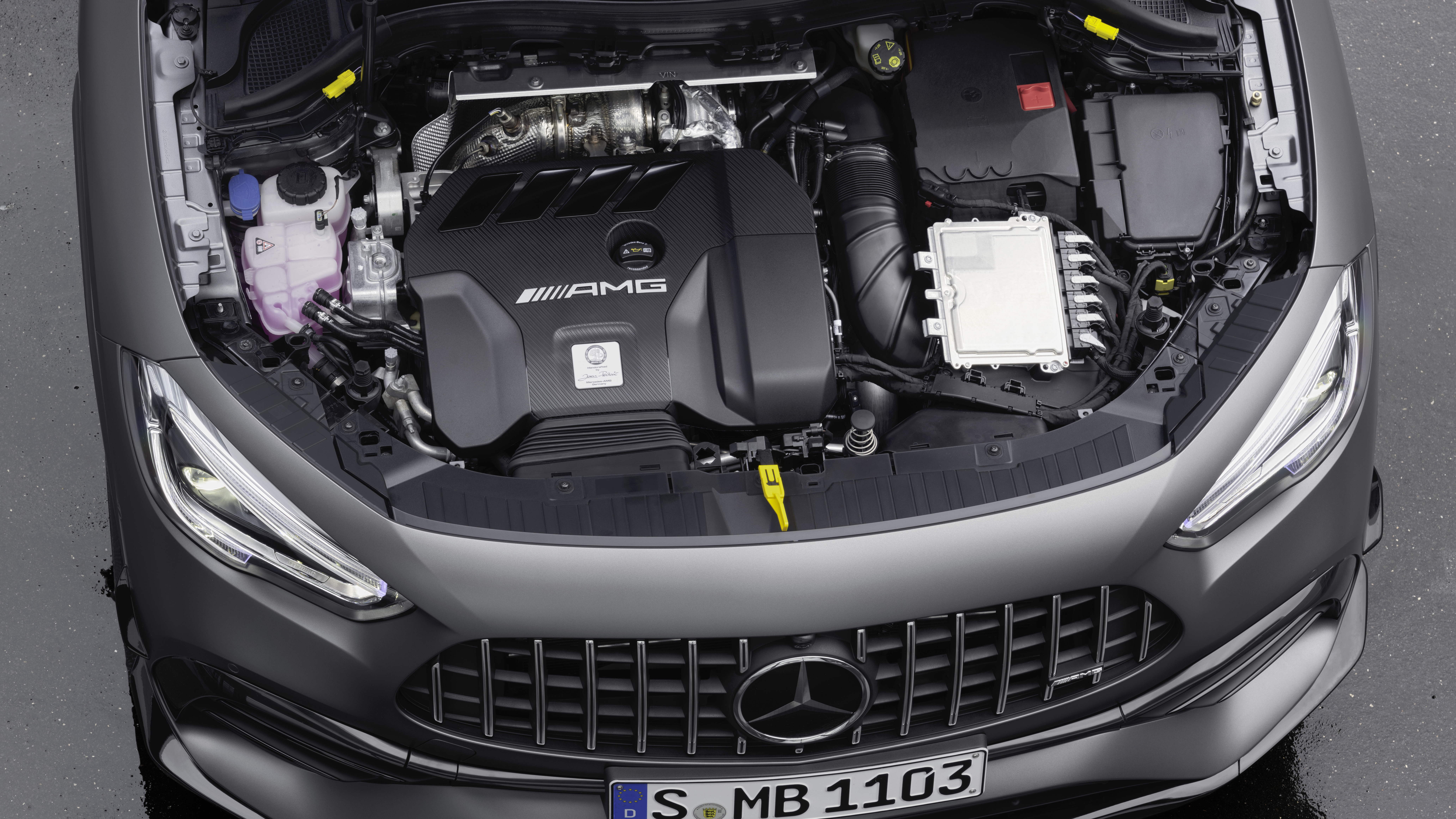 In case you haven’t checked your watch recently, it’s Geneva Motor Show o’clock. Which means every manufacturer is whipping the covers off its latest wares, vying for your attention, tweets, likes and shares. Well, to be honest, Mercedes doesn’t really need to bother with this new, second-generation GLA 45 AMG, as you lot seem to gobble up anything that’s on the A-Class chassis like a ravenous dog confronted with a big bowl of Pedigree Chum.

See, since its launch in 2013, the GLA been a bit of a darling of the British public. In fact, old Blighty is one of the GLA’s biggest markets, along with China, Germany and the USA. Now, for the second-generation of the go-faster GLA, Merc’s juiced up the power but then given you two output options courtesy of the GLA 45 and GLA 45 S, just like the rest of AMG’s growing range.

They’re both still powered by a 2.0-litre turbocharged four-cylinder (the most powerful series-produced four-cylinder turbo engine in the world), with the junior GLA 45 getting 381bhp, while its ‘S’ sibling is rocking 415bhp. That’s a hell of a lot for a jacked-up hatch. All that power is fed through AMG’s 4MATIC+ all-wheel drive system and an eight-speed transmission.

Unlike the old model, there is now torque vectoring on the rear axle to shift power between the two wheels thanks to a redesigned differential featuring two multi-disc clutches, which selectively provide the flow of power to each individual rear wheel. Unlike the A45 AMG, this is merely for traction and cannot be reversed to give you a ‘Drift’ mode. And, unlike the lesser GLA 35 models, the brainy people at AMG have swapped the 45's engine around its vertical axis by 180 degrees. This means that the turbocharger and the exhaust manifold are now at the rear, to allow for the flattest possible and aerodynamically advantageous front section design. Take that pub ammo and put it in your top pocket for later.

Now, some numbers. 0-62mph takes just 4.3 seconds (the base model does it a tenth slower in 4.4 seconds) while the top speed of the lower-spec GLA is 155mph, the S-variant topping out at 167mph. Some four-piston monobloc fixed front calipers are standard to scrub that speed off. But they can be beefed up to optional, bigger six-piston fixed calipers if you want. Want to know how to tell the difference? Look for red calipers with a black AMG logo – they’re the big stoppers. Weirdly, Merc hasn’t given a weight figure, but don’t be surprised if it comes in on the scales at 1,500kg.

The normal – and slightly confusing – array of AMG driving modes are on offer that allow for a completely customisable set up as well as a dedicated race mode. AMG stresses that the car is to be used on track, even offering a track data logger. But there’s something a bit incongruous about seeing a hot crossover on a track day.

Visually you’ve got the new, softer, rounder GLA with all the normal AMG hallmarks added on: visually imposing bodywork, aero flicks, bigger wheels, bigger intakes, bigger spoilers and bigger exhausts. It’s like a normal GLA then, just bigger. And faster. Inside, it’s still the classy Merc cabins we know and love including the ‘Widescreen’ with two 10.25-inch displays and MBUX infotainment system. There’s just a smattering of sportier materials, hip-huggier seats and yellow stitching throughout. Because nothing says fast like yellow stitching.

Prices haven’t been announced yet, but expect them to start in the late £40k area. Not that that matters, as like we said earlier, you lot seem to gobble up anything that’s on the A-Class chassis like a ravenous dog confronted with a big bowl of Pedigree Chum. Even if it’s got a £50k price tag on it.