All-new Type R has arrived. And my, isn't it shouty... 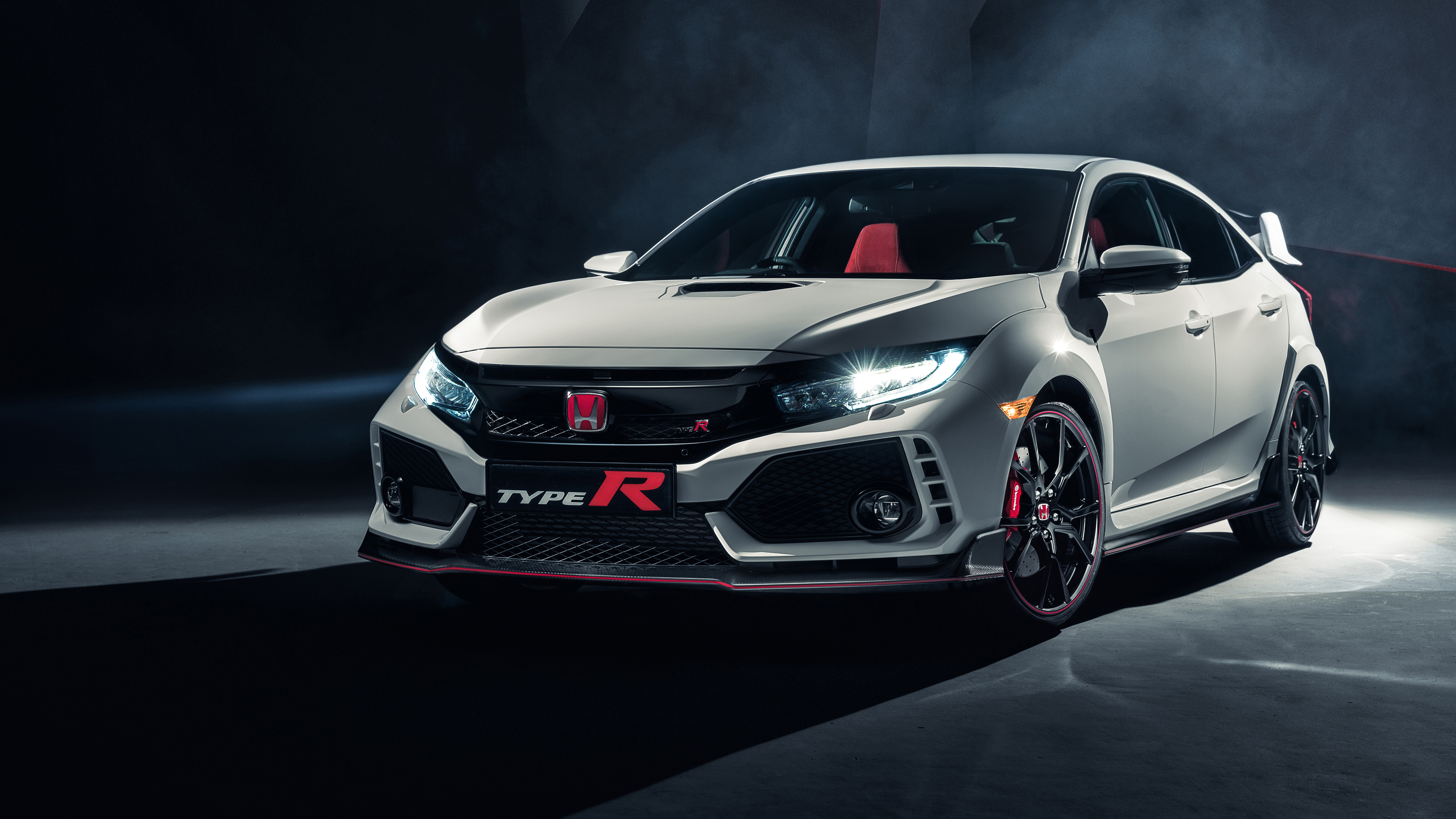 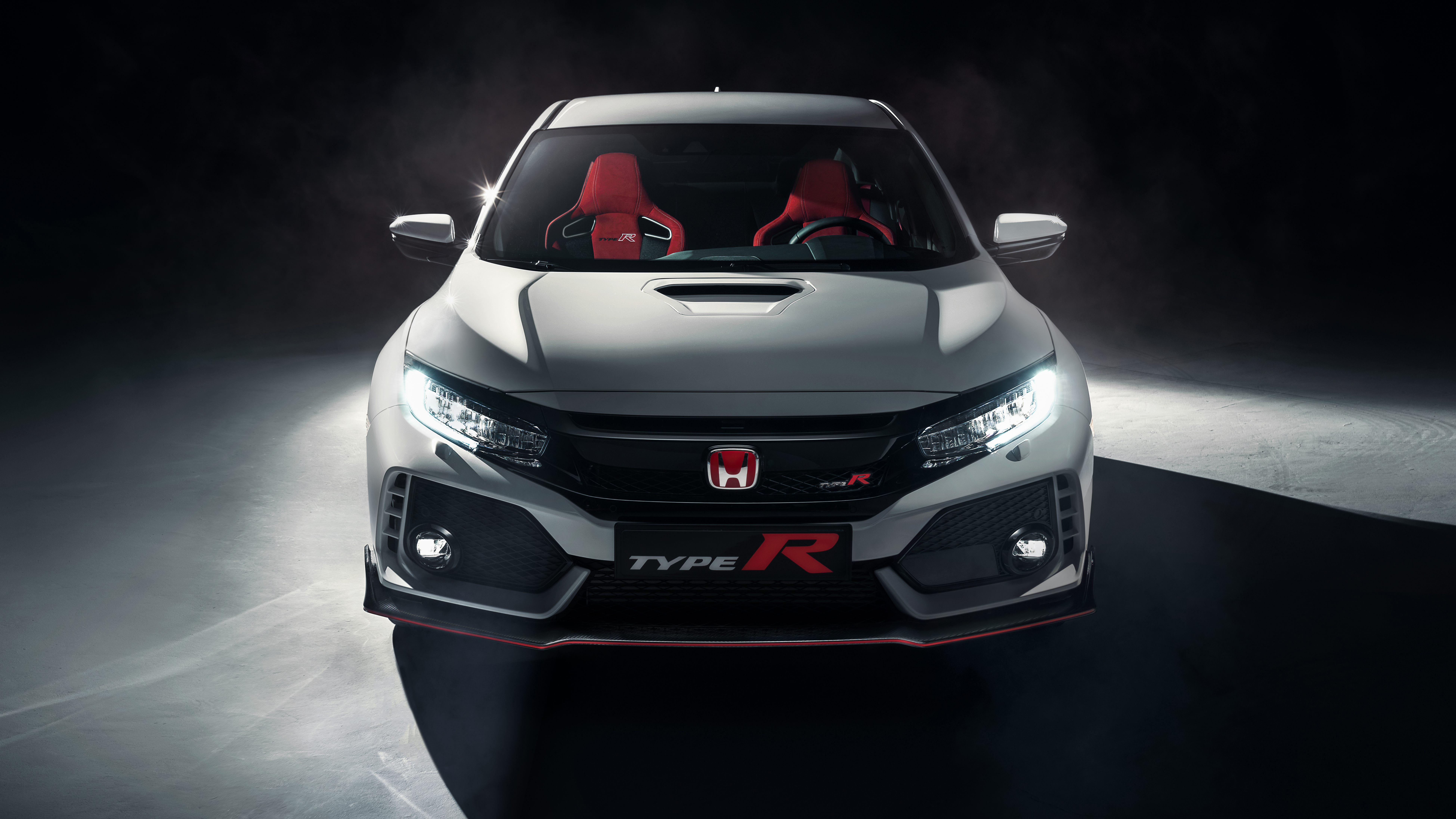 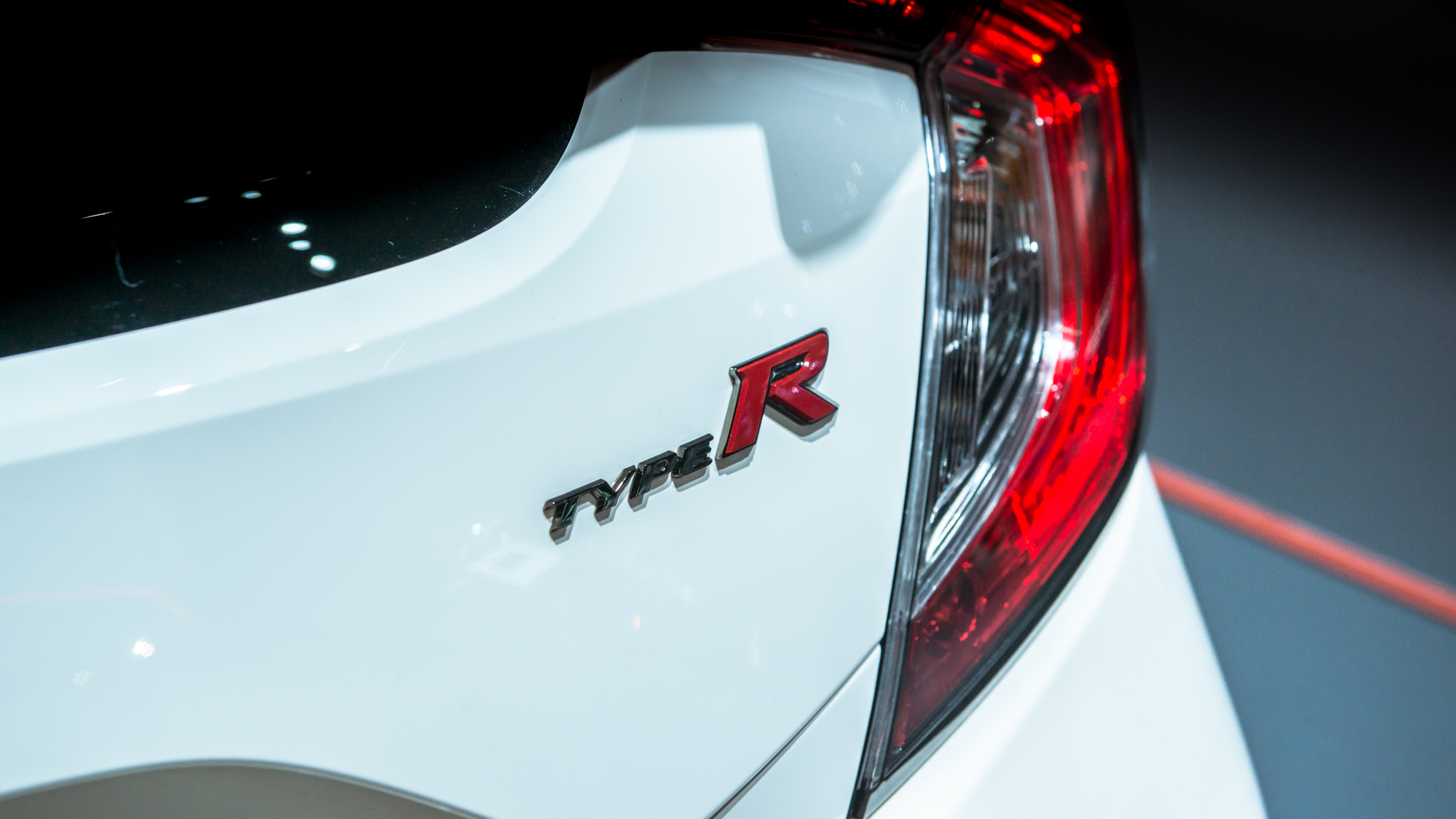 Those of you who dared hope the new Honda Civic Type R would look exactly like the concept that previewed it are in luck, because it does, doesn’t it? Besides the colour, the white, production-ready car that tops this page looks more or less identical to the satin grey Type R Concept from last year’s Paris Motor Show – the car we said had “a bit of a Subaru Impreza vibe”, and the car you fawned over in your thousands in Internet comments sections.

Let’s start with the headlines. Though the turbocharged, 2.0-litre four-cylinder engine is broadly the same as the outgoing car’s, an ECU tweak and a new exhaust mean power is up by 10bhp. This means totals of 316bhp and the same 295lb ft as the old car, putting it 10bhp ahead of the VW Golf R and 29bhp behind the lardier Ford Focus RS. This is not a colossal gain, but then Honda isn’t really trying to go after the AWD Audi RS3 or Mercedes A45...

Because the Type R is not about outright power. And after all, it remains a front-wheel drive car. Hideki Kakinuma, Assistant Project Lead for the Type R, tells us through an interpreter that while Honda never considered giving it all-wheel drive, his team “took a close look” at others’ AWD systems because they are “interested in how the competitors are using this technology”.

The gearbox was one of the last Type R’s real strengths. We’ve sat in the new one and rowed the lever back and forth a bit, and we can confirm that yes, the physical shift action of the six-speed manual still feels pretty good. And so it should, because it’s the same gearbox. There’s a rev-matching feature now too, like you get on a 911 R or, erm, Mini Cooper.

Still, it can be deactivated (independently of the ESC, we’re told, which isn’t always the case) for those who are blessed of three feet, or can operate the two they have with the necessary dexterity. For now, there’s no auto option. We ask Kakinuma-san whether he felt any pressure from the USA – because yes, this Type R will be sold there – to offer an automatic. “We did not” he replies.

This new Type R is, of course, based on the all-new Civic. So, torsional rigidity is up by 38 per cent on the old R, and you get independent, multi-link rear suspension (with special, more rigid suspension arms for the R) rather than the old car’s Torsion Beam, and all the benefits that brings. Kakinuma-san says the new suspension means “improved stability and drivability,” and that they “also increase[ed] the wheelbase and track so we can have a lower and wider vehicle”.

An unexpected benefit of the new platform is noise. Kakinuma-san is “aware of the complaints” about the outgoing Type R’s unremarkable exhaust note. The new platform, he says, has “better sound proofing and isolation capabilities as well”, which has enabled them to “improve the sound quality of the exhaust”, making it more exciting and yet, “quieter and more comfortable at low- and mid-speeds”. And no, none of that noise will be piped through the speakers.

To our eyes, this is a more harmonious-looking car than the one it replaces. Admittedly that car was shoehorned into the end of a long production cycle and this generation of Civic was developed to accommodate a Type R from the very beginning, but still. Honda insists all that crazy aero is functional and necessary. This is a more aerodynamic car – with a smoother underbody and ‘vortex generators’, making for a claimed best-in-class balance between lift and drag, more downforce and thus and greater stability at speed.

A real bugbear we had with the old car was with its somewhat limited set of driving modes. It had one. It was called R+, and it gave a sharper throttle response (like) but firmed up the adaptive dampers so much the car became basically unusable on public roads (dislike). This new one has a base Comfort mode, R+ and an intermediary Sport mode. The new platform and multi-link rear has enabled Honda to deliver a greater spectrum of damping modes, which it hopes will appeal to a broader range of customers. So, R+ is somehow even firmer, Comfort softer than the old R ever was, and Sport sits somewhere in the middle.

And no, there’s no mode that lets you cherry-pick, say, the softest dampers and the fightiest engine, like you can in a Golf R. Why? Because Honda doesn’t want you to mess it up. Kakinuma-san says a configurable mode wouldn’t “bring out the best in the Type R”.

One last thing – the Nurburgring. The outgoing Type R held the FWD record for, ooh about five minutes, between the Seat Leon Cupra and Golf GTI Clubsport S. “Some competitors are going in a really aggressive direction. Taking out the rear-seats, using sticky tyres so they can boost the performance on this racetrack,” says Kakinuma-san, coyly. “But we didn’t really want to go in that direction. We would rather strike a right balance between aggressiveness and comfort to appeal to a broader range of customers. That is our approach.” There’s no doubt in our mind that Honda’s going for the record, but when asked all anyone will say is “watch this space”. So, Honda, watch this space we shall.

As of the Geneva Motor Show, European order books are open. If you order a car now, pending any manufacturing delays, you’ll probably get it in July. The Americans will get theirs a month or so earlier, while the Japanese will have to wait until the end of summer. All will be built at Honda’s plant in Swindon, right here in the UK. Bring on the summer.