This is the Koenigsegg Jesko, the world’s first 300mph car 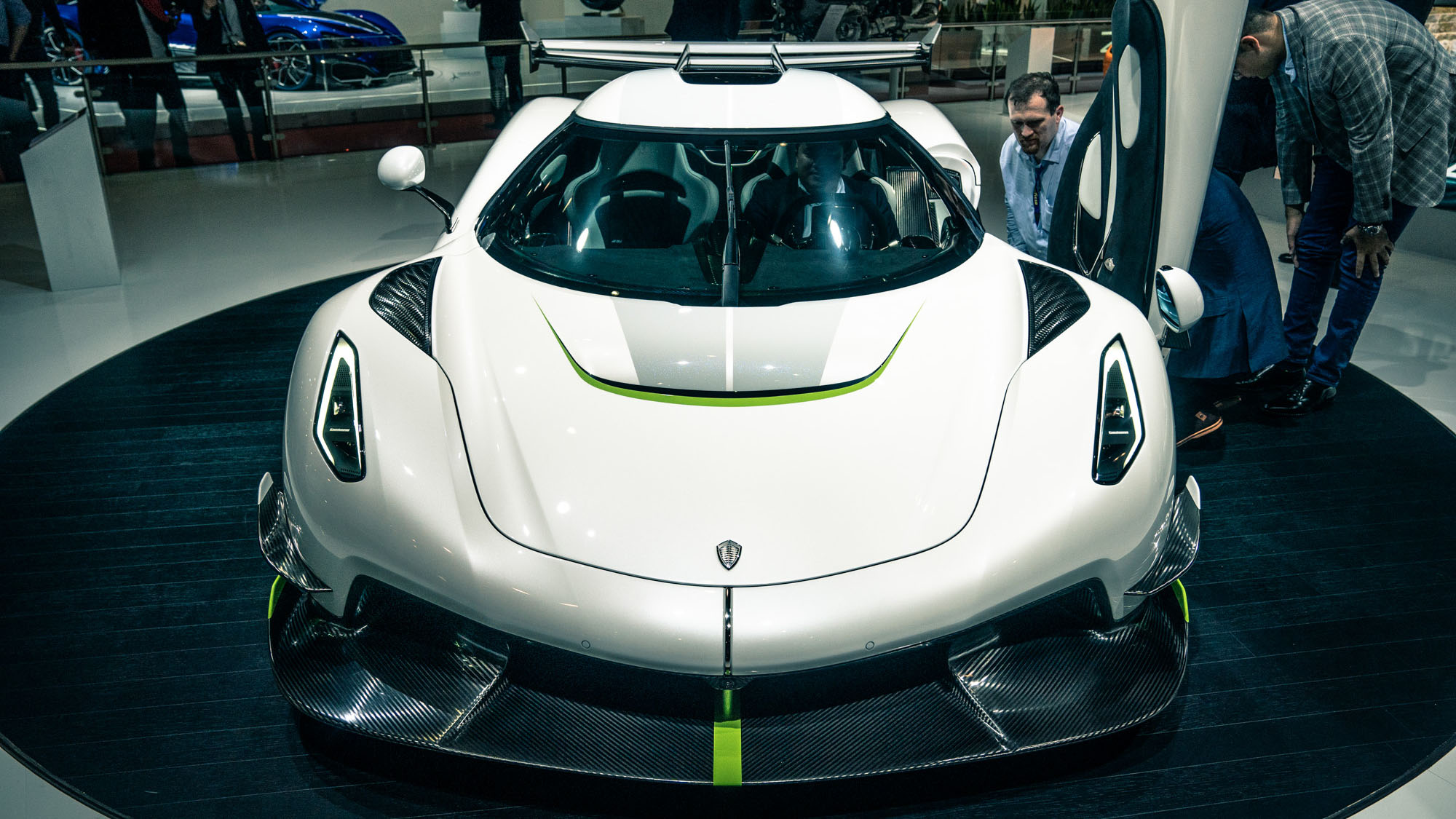 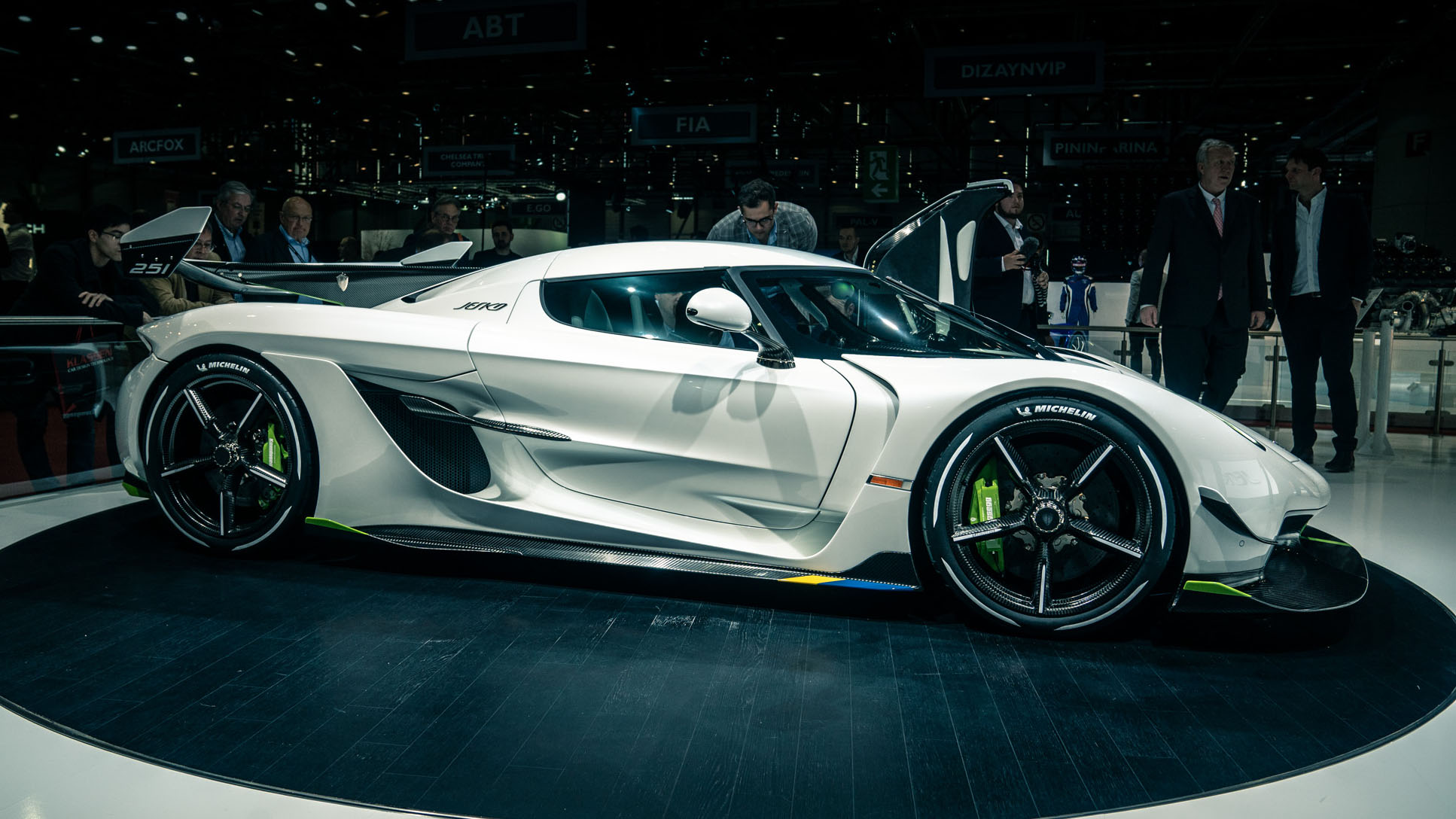 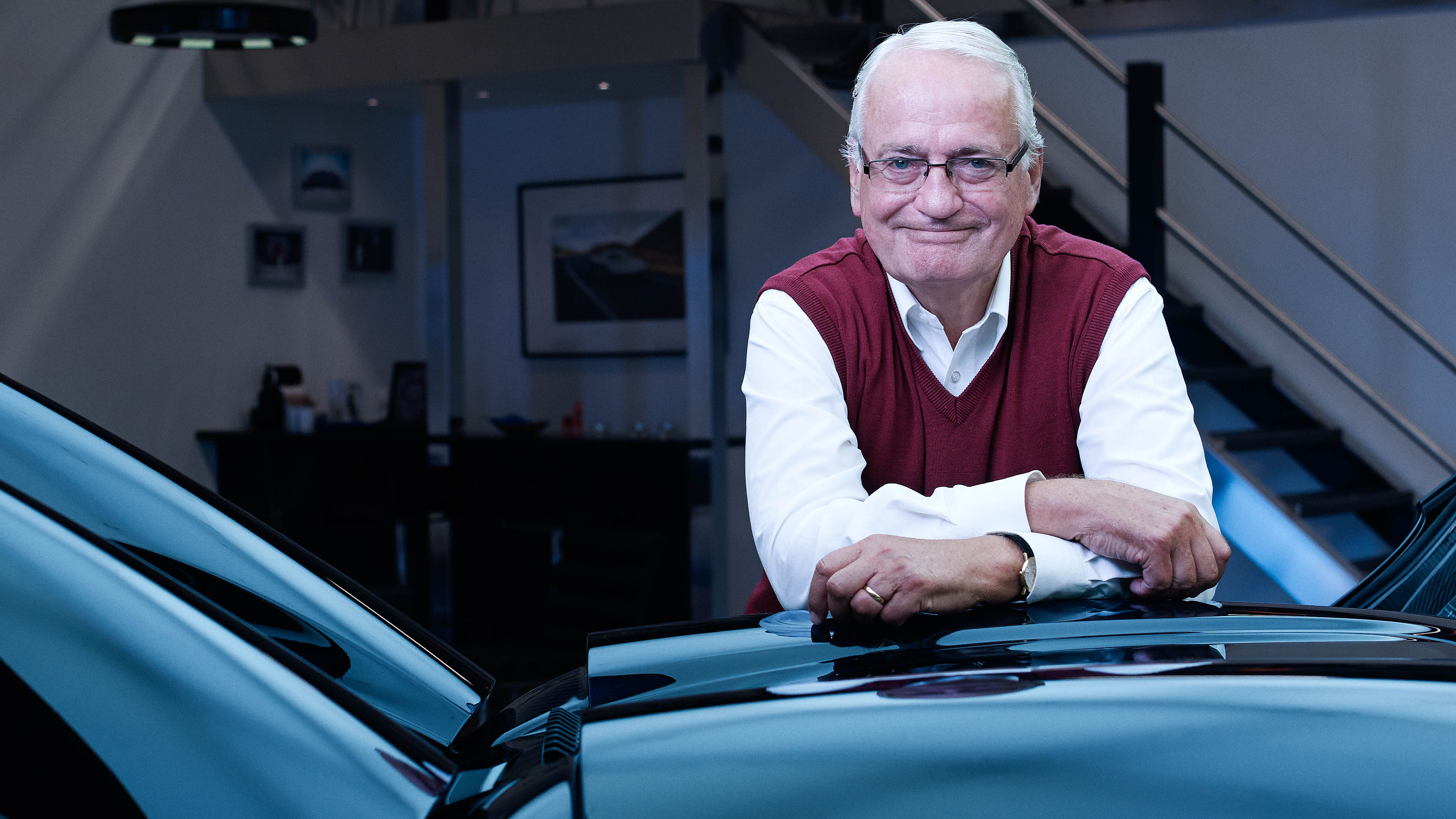 Just when you thought the Hennessey Venom F5 or Bugatti Chiron was on course to top 300mph first, Koenigsegg once again reminds us that nobody does speed like the Swedes. OK, they haven’t cracked it yet, but according to the boss, Christian von Koenigsegg, his all-new Jesko hypercar is capable of over 300mph in simulations (the current production record-holder, the Agera RS, hit an average of 277mph in 2017), albeit in a lower downforce set-up than you see here. They would still need to find somewhere to do it, someone mad enough to drive it and a tyre manufacturer to back an attempt… but the science says it’s possible.

Before the details, the name. Jesko is Christian’s father, the man who helped him set up a supercar company when he was a skint 22-year old with a dream, and has supported him every step of the way. Now 80 years old, this is Christian’s way of thanking him. It certainly beats chocolates and a card. Better still, the name was kept a secret from Jesko until the car’s unveil at the Geneva show. Christian even had his PR team work up a fake press release to placate his dad, who was desperate to know all the details. Sounds like our kind of guy.

Let’s start with the engine, a heavily modified version of the Agera’s 5.0-litre twin-turbo V8, now with a flat-plane crank shaft that’s 5kg lighter than the old 90 degree one, which allows it to rev to 8,500rpm and “changes the exhaust note quite a bit,” says Christian, modestly. Active rubber engine mounts from the Regera (the Agera RS engine was solid mounted) mean the extra vibrations from the flat crank are absorbed, while the two equally large turbos are supplemented by a 20-litre carbon tank (topped up by a small electric compressor) that fires jets of air into the turbos at 20 bar, to help them spool up and reduce lag.

Problem is, you need a mighty gearbox to cope with that sort of twist, and you can’t buy Bugatti’s DSG off the shelf. So Koenigsegg just shrugged and built its own, from scratch, except it’s even smarter, smaller and, at 90kg, a lot lighter the Chiron’s. Dubbed the Light Speed Gearbox, it’s a 9-speed multi-clutch transmission. A bit like a bike that has three big cogs at the front and seven at the back to make 21 possible ratios, here there’s two sets of three, with six clutches that can select any combination at any time. As a result you can jump from one gear to any other without going through the ratios between.

Pull the two-stage paddle half way and you’ll swap down one gear (shifts take 20 to 30 millseconds), pull it all the way and it’ll jump to the gear that offers the best acceleration at that time. Because, y’know, when you’re driving a Koenigsegg you need all the help you can get with overtakes. Koenigsegg’s evocative name for the system is UPOD – Ultimate Power on Demand.

Unlike the Agera, which only had one at the back, the Jesko also gets a Triplex damper at the front (a socking great horizontal damper to prevent the car squatting under acceleration at the rear, and to keep it level under extreme downforce at the front) to compliment the more traditional Ohlins dampers. The carbon tub is now 40mm longer and 22mm higher than the Agera to create a bit more space inside, rear-wheel steering has been added and it wears Koenisegg’s lightest ever carbon fibre wheels – 21-inch and 7.7kg at the rear, 20-inch and 5.9kg at the front – fitted with Michelin Pilot Sport Cup 2s as standard and optional Cup 2 Rs. Each wheel is hand-made, in-house, and takes 40 hours to finish… probably why they cost $65,000 for a set.

What next? Oh yes, downforce. It has some. Quite a lot actually. Thanks to that enormous front splitter and boomerang shaped, tilting rear wing, around 800kg of it at 155mph, 1,000kg at 171mph and 1,400kg at its undisclosed top speed. That’s around 30 per cent more than the One:1, previously its highest downforce model. The whole car weighs a little over 1,400kg so no, it can’t drive on the ceiling - if it could you know Koenigsegg would give it a good go. The lower downforce version, that’s the one with 300mph potential, will still produce up to 500kg of downforce, we’re told.

And a Jesko driver won’t be wanting for luxury. For maximum peacock mode the front bonnet, doors and rear clamshell can all be opened on hydraulic struts at the touch of a button, there’s climate control, an infotainment system with Apple CarPlay, USB sockets and wireless charging for your phone. New for the Jesko is a screen attached to the wheel that displays all relevant information, but when rotated the digital dial stays upright – much like the wheel centre caps on a Rolls Royce. That’s not the only Koenigsegg quirk, either, an optional analogue G-Force meter perches on top of the dash, behind the wheel.

Only 125 Jeskos will be built, at a rate of around 40 to 50 a year, so compared to the 25 Agera RS and 80 Regeras its sold, that’s progress. But with prices starting at just under $3m plus local taxes, it’s up there with the McLaren Speedtail and Aston Valkyrie for inaccessibility. And yet, this is a company expanding its horizons...

This time next year we’ll see another new model - a joint venture with electric car specialists NEVS. A hybrid built in larger numbers (think 100s) at a lower price (around $1m). What form that car will take we’ll have to wait and see, but we’re told to expect something entirely different. A crossover? Perhaps. Either way, it’s looking like the Jesko will be Koenigsegg’s last purely combustion-powered car. What a way to bow out.