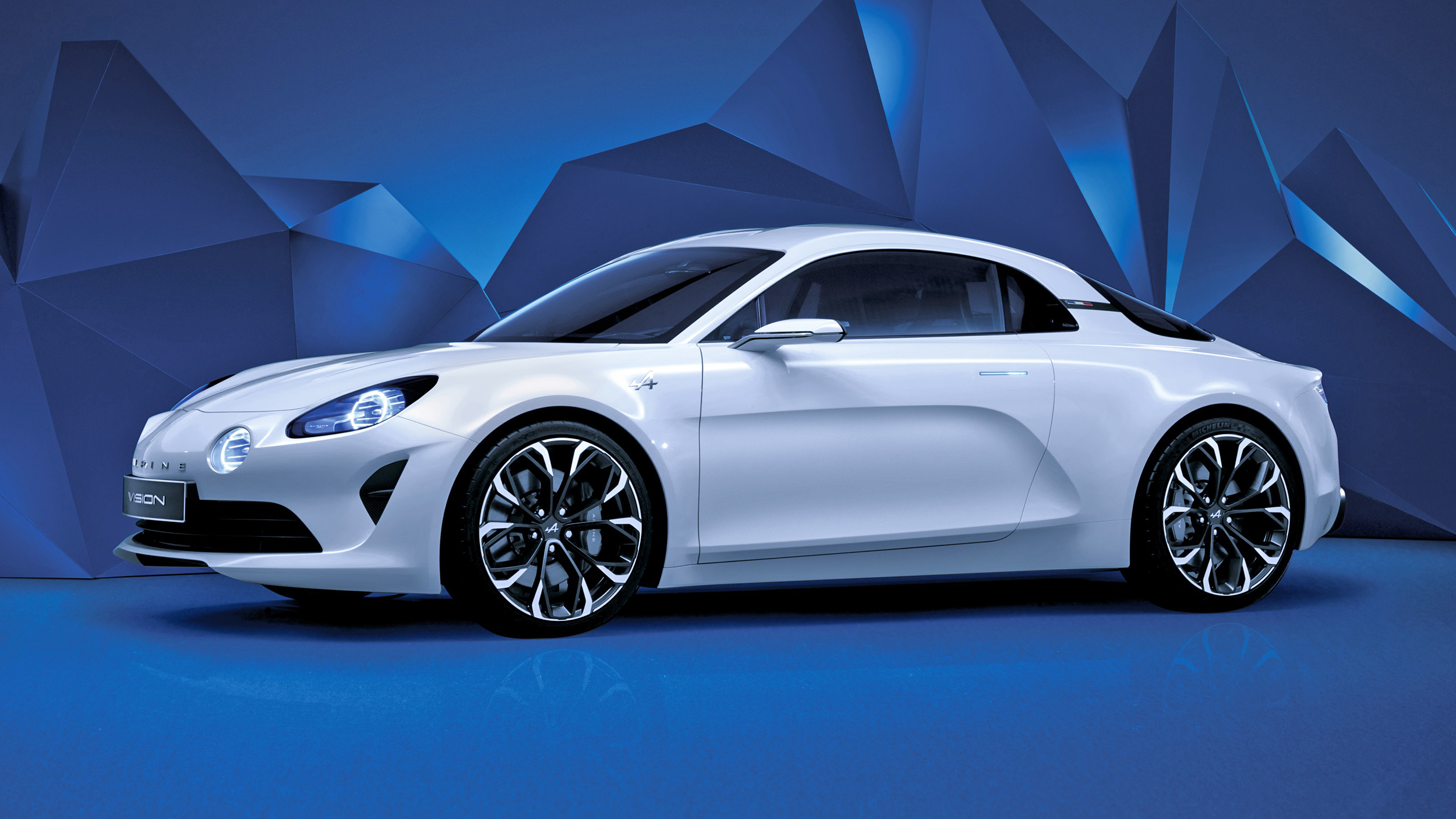 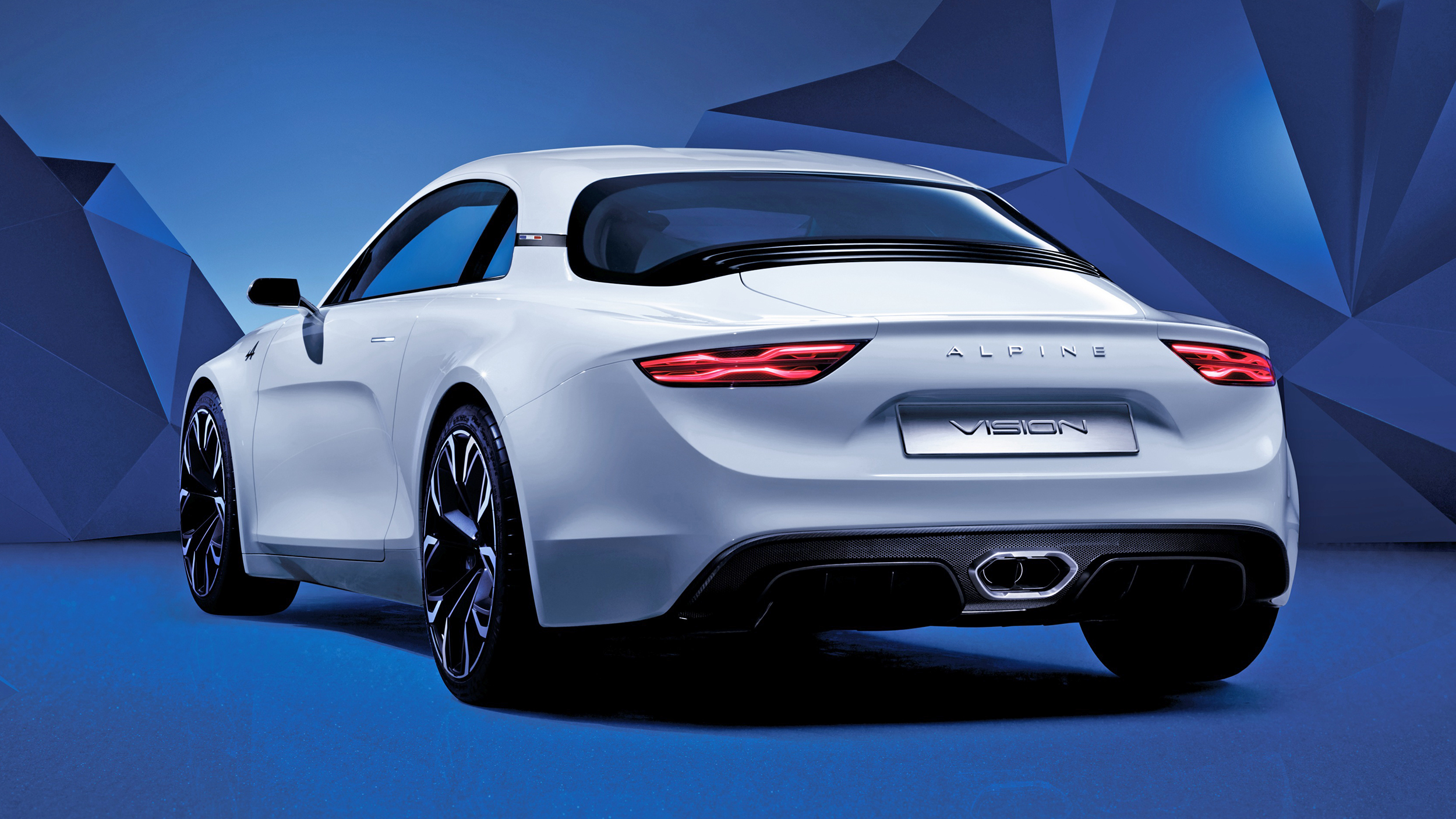 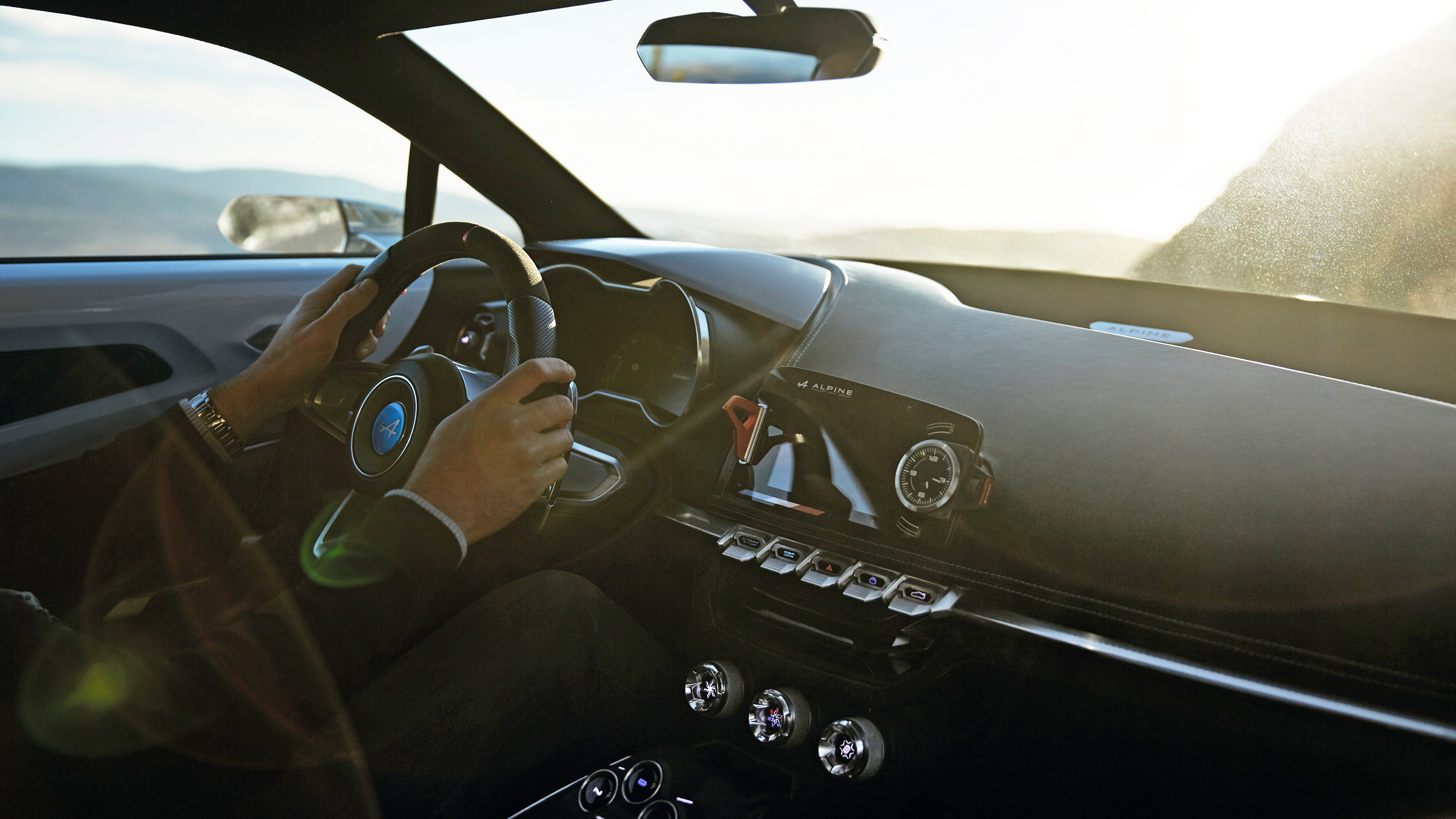 If you’re about to sign on the dotted line for a Porsche Cayman, then pen down. At least until you've seen this, Renault’s alternative.

It’s our best look yet at the Alpine sports car that lands in 2017. There have been teasers before, but this Alpine Vision is described as 80 per cent related to the car you’ll actually be able to buy.

If you know your history of Renault’s sports car relative, you’ll recognise the design cues. The quad front lights, rear window shape and overall profile all unapologetically nod to Alpine’s exceedingly pretty A110, a sixties sports car with a strong rallying CV.

You want the important stats? The Alpine Vision is driven by its rear wheels, the turbocharged four-cylinder petrol engine powering them is mounted in the middle, and that operates through a twin-clutch paddleshift gearbox.

There are no firm numbers yet, but we reckon around 250bhp is likely from a production version. That’s nearly 50bhp less than a new 718 Cayman, but the Alpine ought to be around 300kg skinnier, weighing a Clio-like 1,100kg. 0-62mph, Renault says, will arrive in “less than 4.5 seconds”.

It’ll be a wee while before we get to drive an Alpine, but all the right words are being said. “Weight-saving and agility are valued over pure power,” says Alpine, while its coupe will offer a chassis with a “playful personality”. In a sports car market typically hung up on big power and even bigger grip levels, there’s plenty to get excited about when a car vehemently shuns both in favour of fun. Think Toyota GT86… 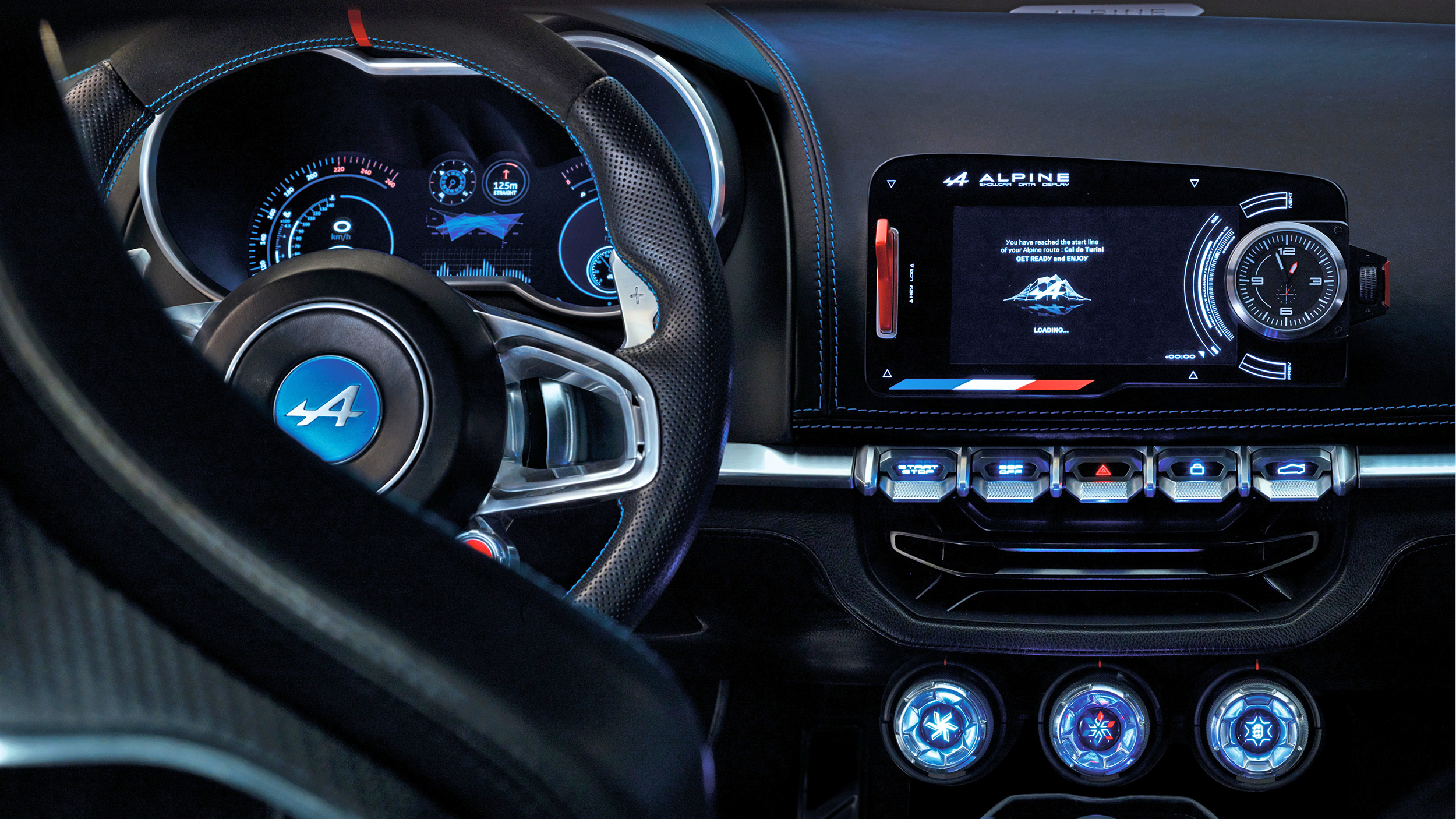 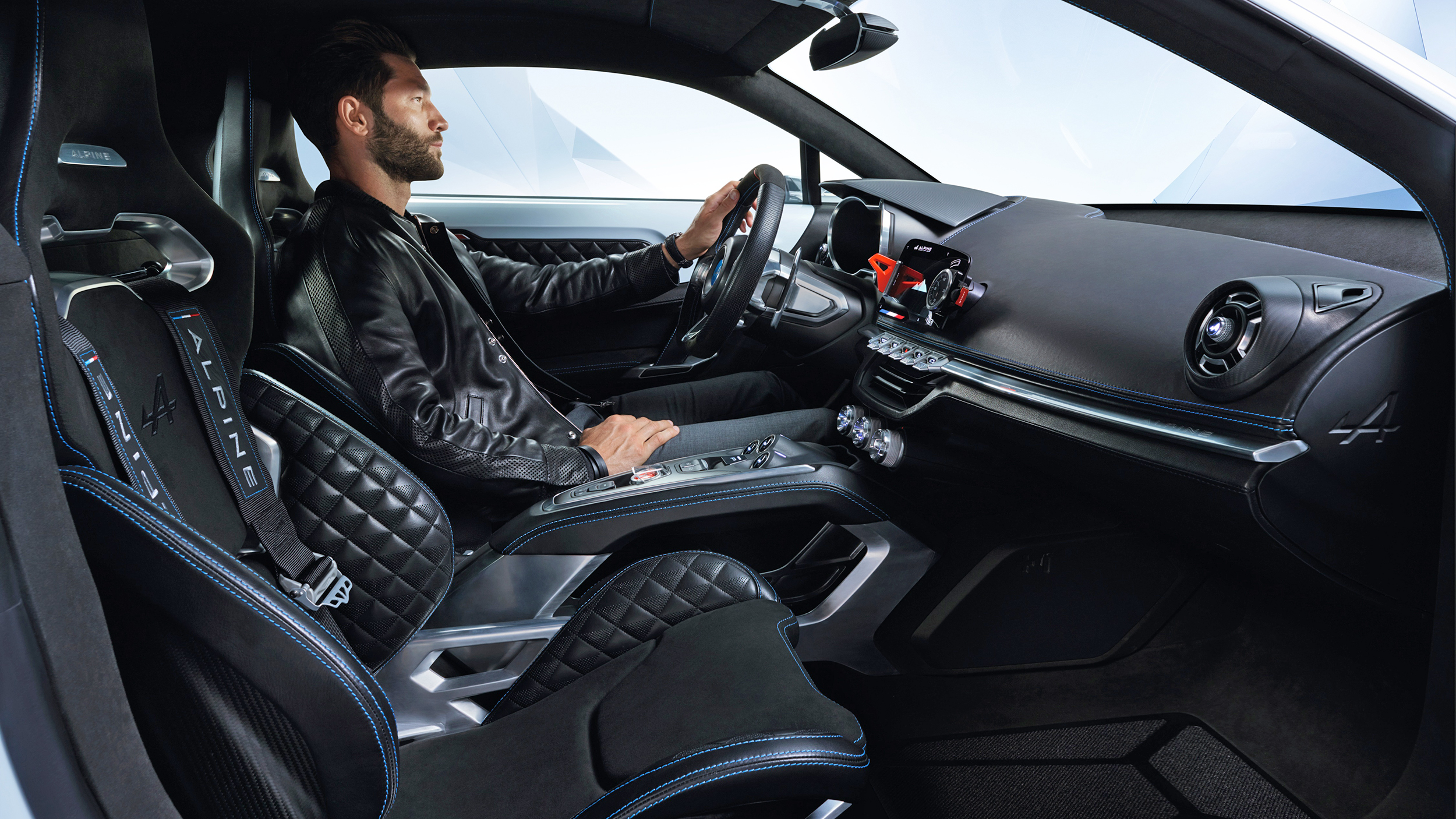 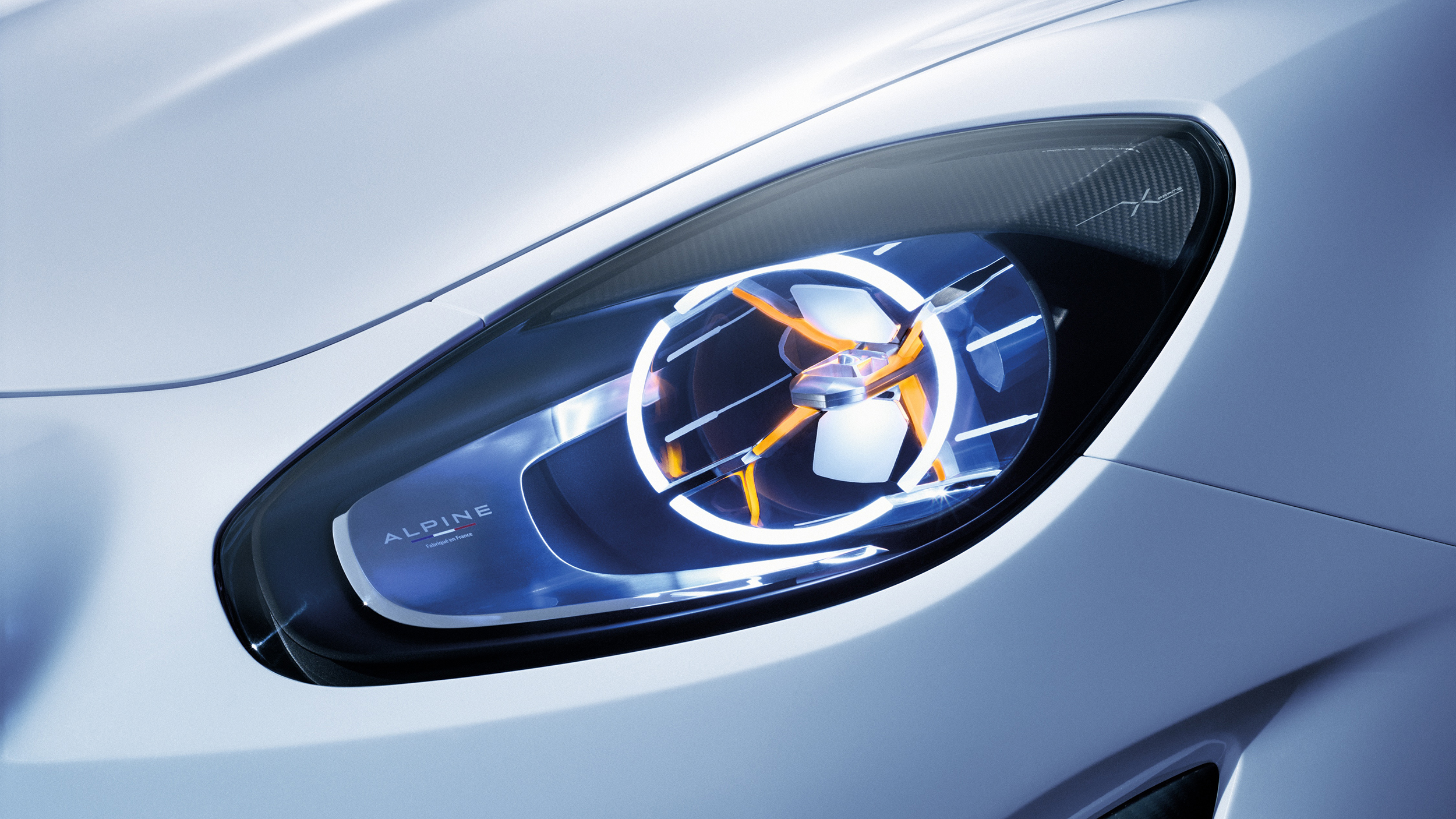 The finished product will not be a GT86 rival, however: Renault is punching for Porsche, and we can expect a £40,000-plus price-tag for its finished sports car, with the 718 Cayman its chief rival. Though the Alfa Romeo 4C and Lotus Exige are surely on the French company’s radar, too.

Fittingly, then, the interior is plushly appointed. There’s aluminium and carbon aplenty, while highlights include fancy TFT instruments and a pair of “sensuous and technical” quilted leather bucket seats. And while we’re quoting Alpine’s literature, it must be noted the interior starter button holds “the promise of an imminent sensory explosion.” Eww.

We’ll see this Alpine Vision concept at the Geneva motor show at the beginning of March, while a production version follows later in the year. Autumn’s Paris motor show would be a good bet, given Renault will have an appreciative home crowd to show it off to.

What do you think, TG.commers? Sleepless nights ahead in Stuttgart?