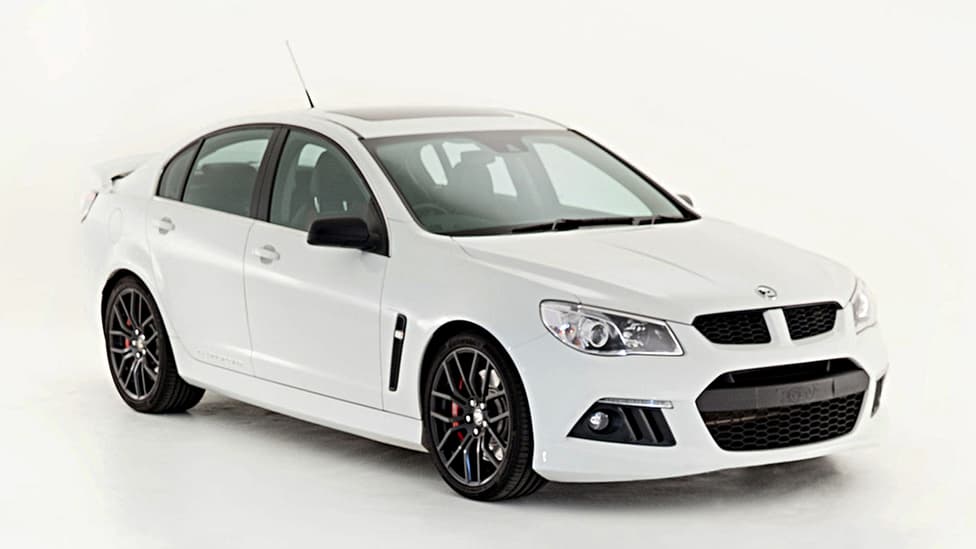 Buy a Vauxhall VXR8 and it comes with 576bhp. Given that’s more than a McLaren 570S, we’d argue it’s quite a lot for a Vauxhall.

In some eyes, though, it’s not nearly enough. Those eyes belong to Walkinshaw Performance, which has announced an upgrade for the VXR8’s Australian cousin, the Holden Commodore-based HSV Gen-F2. And it sounds quite mighty.

Described by Walkinshaw as one of its “greatest engineering accomplishments”, the W547 supercharger kit boosts power at quite a rate.

Its name refers to the HSV's power output in kilowatts, the traditional Australian measure but maybe a daft, as it plays down the W547’s potential. In old money, this saloon has 734bhp and 649lb ft of torque. That’s as much horsepower as a Ferrari F12, but with 140lb ft more torque. Yikes.

Power is yielded by a new cam, ceramic headers and Walkinshaw’s fully intercooled ‘WP230’ supercharger kit. No performance figures have been revealed, but a 0-62mph time of around four seconds is likely, while we’d imagine its top speed is far north of the VXR8’s 155mph limiter. More importantly, the HSV's ability to destroy tyres via oversteery murder is likely to have risen markedly.

In Australia, the W547 pack will set you back 25,990 dollars, or around £12,000. The first 50 buyers will get a ‘launch edition’, which includes a handful of goodies, the most lurid being a yellow supercharger cover. The whole thing comes with a proper warranty, too.

There’s no word on availability in the UK, though; the kit is designed for Commodores with naturally aspirated V8s, while us yobbish Brits are only offered a new VXR8 ready supercharged. A mere £20,000 can get you a five-year-old VXR8 with the old N/A engine, though…