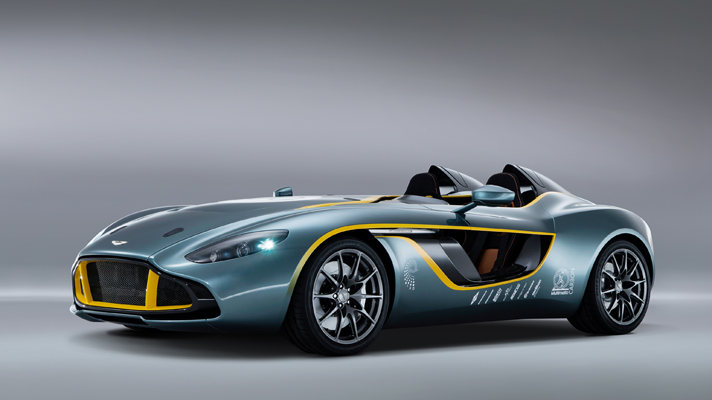 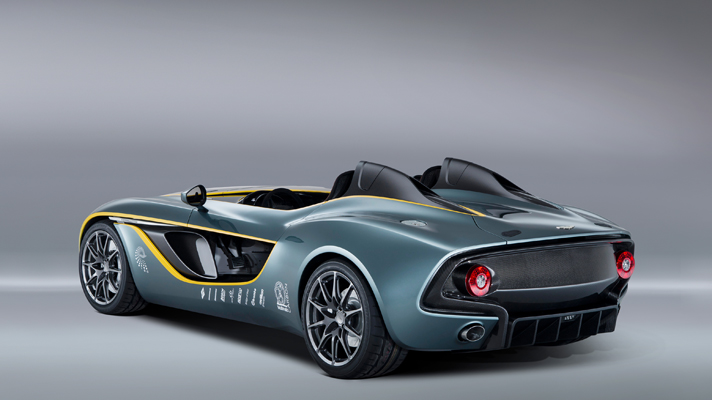 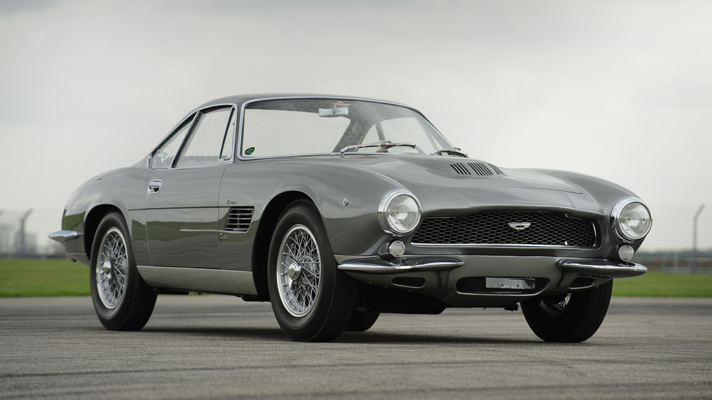 Wow. Just... wow. This, ladies and gentlemen, is the Aston Martin CC100 Speedster Concept, revealed in all its roofless glory at the 2013 Nürburgring 24 hour race.

Take a moment to just look at it. It's been built because of course, this year marks Aston's 100th anniversary, and there's no way the company was going to simply get a Tesco's cake and blow up a few balloons. No, this was designed and constructed in less than six months at Aston's Gaydon headquarters under special projects and motorsport director David King's discerning supervision.

Design director Marek Reichmann and exterior stylist Miles Nurnberger crafted the radical two-seater's shape, looking back to the glorious DBR1 from 1959 that took the Le Mans crown with Carroll Shelby and Roy Salvadori behind the wheel. "The brief was simple," said Miles, "yet enormously testing: create something that reflects the 100 years of AM heritage and signals the future of the brand."

Future, you say? While this concept is a one-off showpiece designed to wave the British flag high and proud, there's more than a few design cues tucked away in the sleek body that, we're told, teases ‘potential future design direction'. Yes please.

Underneath sits the company's latest generation ‘AM11' 6.0-litre V12, which produces a lovely 555bhp, mated to a six-speed hydraulically actuated automated sequential manual transmission driving the rear wheels. It's based on Aston's VH platform - which underpins production AMs - and measures in at 4.5m long and two metres wide.

It's quick, too. Aston tells us it'll go from 0-62mph in just four seconds, and is limited to a top speed of 180mph. Why so quick? Well for a start, just look at the sleekness of the silhouette. Also, that exterior (and interior, for that matter) was built entirely from carbon fibre by ‘low volume specialists' Multimatic, which no doubt keeps the weight nice and low (no precise figure, mind).

Says Dr Bez: "I have nicknamed it DBR100 because of its affinity to the great 1959 race-winning cars, and of course, our anniversary. But this car shows that the soul of Aston Martin is as powerful as ever."

For the parade lap, Aston drafted in Sir Stirling Moss to pilot the classic DBR1 on the ‘Ring, right behind Aston chief Dr Bez in the CC100, and a brace of drool-worthy AMs including the One-77 and the DB5. Oh, and seeing as we've mentioned Sir Stirling, anybody else notice the CC100's resemblance to the SLR Stirling Moss? No, us neither...

Have a click through the pics and let us know what you think: should Aston throw caution to the wind and produce a limited run of these CC100s? In related news, the one-off Aston DB4GT - the ‘Jet' - styled by Bertone sold for a massive £3.2m, making it the most expensive Aston Martin sold at auction. There's a pic of it in the gallery.