The VW ID. R has set a new EV lap record at the Nürburgring 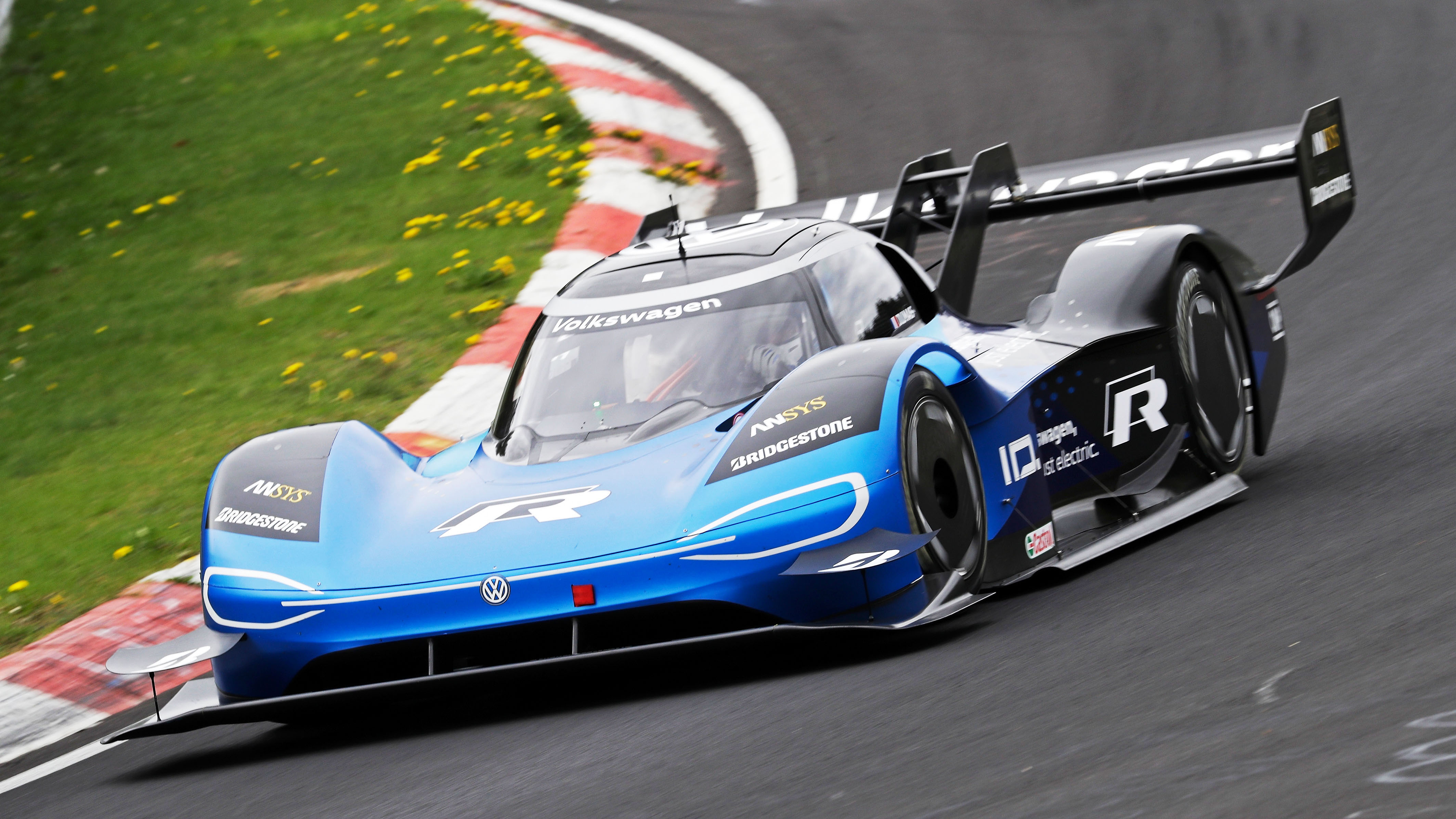 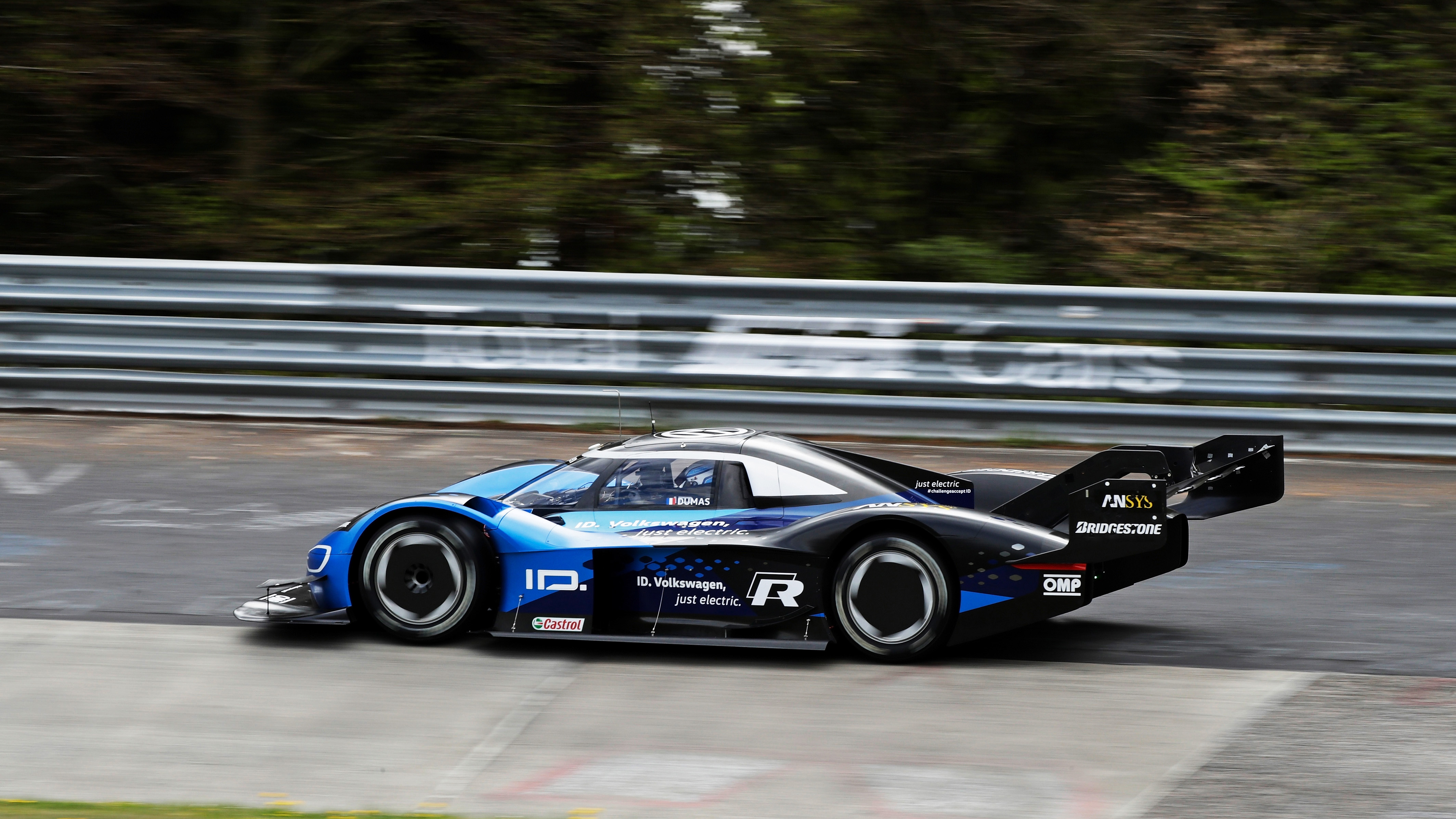 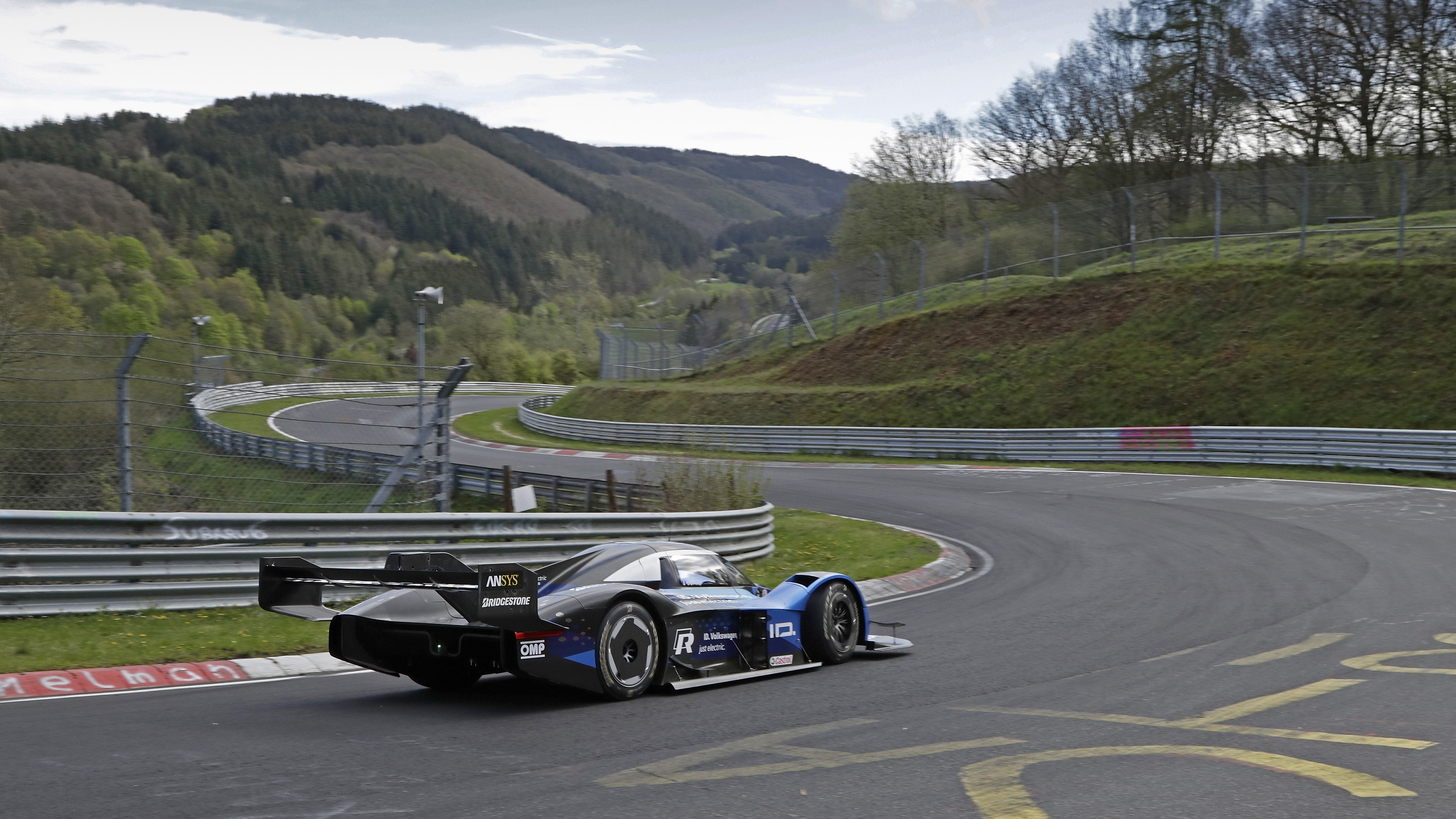 The Volkswagen ID. R has obliterated the lap record for electric cars at the Nürburgring with a time of 6m 05.3s at the hands of French racer Romain Dumas.

The ID. R, which already holds the Pikes Peak hillclimb record, took over 40 seconds from the previous electric record of 6m 45.9s set by the NIO EP9 and went into second place on the all-time list of Nordschleife lap times – behind only the incredible Porsche 919 and its ballistic 5m 19.6s run.

“We were aiming for 6m 15s. Lap after lap we just went quicker though – I pushed myself more and the engineers understood the car better. I think the team deserve this lap time.” 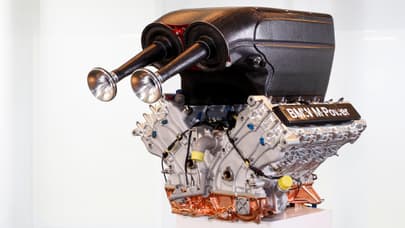 Given that the race-prepped ID. R actually sent our man Ollie Marriage to sleep with the amount of G-Force it generated in the corners, it’s perhaps no surprise that Dumas was able to smash the time of the almost-road-legal EP9. However, the average speed of the Nürburgring is far greater than the ID. R’s birthplace Pikes Peak – where downforce still reigns supreme – so plenty of work was needed to adapt the car.

With sections such as the 1.3-mile Döttinger Höhe straight being so crucial at the Green Hell, the main focus was on increasing the top speed without harming that cornering performance. That may sound simple enough, but due to the need to save battery power around the 12.9-mile lap, VW couldn’t just turn up the output.

That means the ID. R still ‘only’ produces 670bhp from its twin electric motors, compared to the NIO’s faintly terrifying 1,340bhp.

Reducing drag was a big factor then, and believe it or not those front and rear wings are considerably smaller than they were in the US. There’s also a completely redesigned floor and a new F1-style DRS system that makes the car 20 per cent more slippery when deployed on the straights.

According to VW’s technical advisor and former Sauber F1 boss Willy Rampf, all of this means that the top speed is now ‘over 155mph’, although it could be even quicker without that careful energy management – despite the car gaining an extra 20 per cent of battery power each lap through its regenerative braking system.

So, the ID. R has taken the Nordschleife crown for EVs, but the overall record remains with Porsche. Fully-electric racers are on the march though and are getting ever closer to their internal combustion and hybrid counterparts.

Will it be long before the fastest way around a circuit requires electric power? We can feel an argument coming on in the comments…