Watch: a world exclusive clip from Fast and Furious 8

TopGear.com gets an exclusive look at this summer's biggest car-film 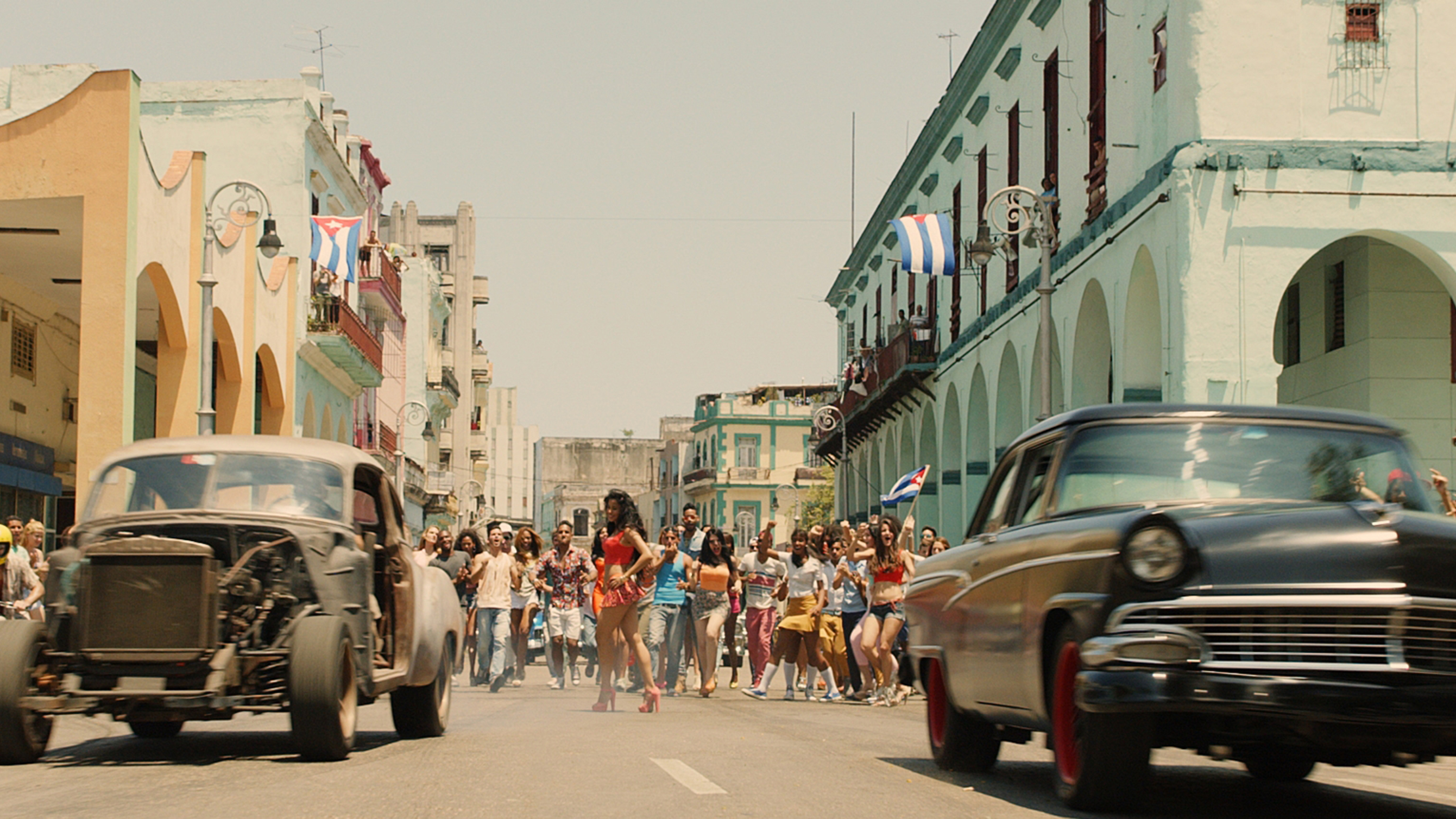 And to think, all of this - the crashes, fire, explosions, fighting, jumping cars through buildings, throwing cars out of a plane etc - spawned from a little Vibe magazine article way back in 1998 about underground street racing called 'Racer X'. That planted the seed for the very first The Fast and the Furious. Now, we're up to number eight, handily titled Fast & Furious 8 (or The Fate of the Furious elsewhere). And TopGear.com has a properly world exclusive clip from the upcoming movie to show you.

Yup, sit back and watch one-and-a-bit-minutes worth of street racing footage where Dom - played by Vin Diesel - is racing some seriously old muscle in Cuba. Ah yes, Cuba. The filmmakers had apparently always wanted Cuba to host a Fast film, and this is handy because it reminds you that yes, many moons ago, the films used to be about actual drag racing. Here, there is the 'Cuban Mile' - a sharp, rather dangerous quarter mile sprint in Havana through traffic.

"Cuba is well known for its car culture," the film's producers explain. "If there is a guy to be immersed in that culture, it’s Dom Toretto. He knows everything about those vintage cars and honours the tradition of maintaining them. The Cuban ingenuity of keeping the cars running with whatever they’ve got - whether lawnmower, tractor, or boat parts - is that spirit, that tuner car spirit, that was just so perfect for Dom and this film.”

TopGear.com of course, knows this full well, having spent some time on the streets with Havana's street racers, which you can read more about here.

So, about those Cuban cars. The film's opening sequence - a bit of which you can watch above - sees Diesel's character racing a stripped down '53 Chevrolet Fleetline against a 1956 Ford Fairline. And for the sequence, ten Chevys and seven Fords were used, and everything needed for the shoot had to be flown in especially. The film's car coordinator Dennis McCarthy explains: “The challenge with Cuba was that we literally couldn’t get anything. We had to really plan ahead and figure out what could possibly go wrong and prepare for it all. As tough as Iceland was, at least there auto-parts stores. For Cuba, we brought in everything from car carriers, a tool truck, box trucks, parts trucks, and trailers, and packed it all up with multiples of everything.”

Getting to know the local car culture meant turning to Cuba's 'car king', David Peña, known simply as 'McQueen'. "It’s breathtaking," McCarthy explains, about Cuba. "You walk out to the street, and it feels like you’ve gone through a time machine. Seventy percent of the vehicles are from the ’50s and the ’40s. What’s even more impressive is how these guys have kept them running. I just loved seeing the enthusiasm and genuine excitement from the locals that we were there."

Watch the clip above, and stay tuned to TopGear.com where we'll have more from the making of Fast 8 in due course... in the meantime, click here for a look at the secrets behind the stunts of Fast & Furious 7.