Speed Week 2020: you need an Alpine A110 in your life | Top Gear
Advertisement
Opinion

Opinion: it's your duty as a petrolhead to buy one of these things. Here's why 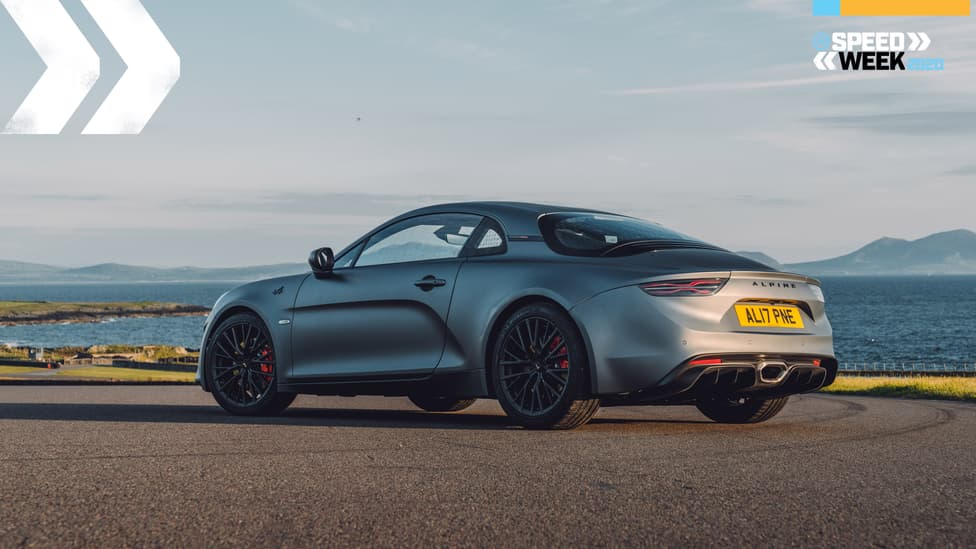 While most of Speed Week’s minute-by-minute schedule (the result of several months’ planning) is dedicated to filming and photography, we always reserve a chunk of time for people to have a bit of a play on track.

This is a) very good fun and b) extremely important - because what’s the point of getting all those lovely photos and hour upon hour of footage if nobody actually knows what any of the cars are like, because they simply haven’t had a proper go?

Some cars tend to be in higher demand than others. The supercars, for example, don’t usually see much action until day two or three (or at all, if it’s raining), with most people favouring the slower stuff until they get their eye in.

And there is no better car for that job than the Alpine A110. A former Speed Week winner, now with added S. Presumably for speed and stiffness. I’d have made a B-line for it, had I not seen four of my (much fitter) colleagues already sprinting down the pit lane in its general direction.

I maintain that everyone with the means to own an Alpine A110 really ought to buy one. Not just because it’s a tremendous car (chiefly because it’s light, and we know that lightness makes everything better. Just ask my colleague Craig Jamieson), but because as petrolheads it’s our duty to buy (good) interesting cars. Cars that try to do things differently, where a mainstream manufacturer has taken a bit of a gamble and built something for the few, not the many. Because we are the few, and if we don’t make it worth said manufacturer’s time and investment, it simply won’t build a car like that ever again.

Of course we may never see another car quite like the A110 for an altogether different reason, as emissions legislation makes it more and more difficult to build a performance car without some form of electrification. Which makes it all the more important we buy them now, enjoy them while we still can, shore-up the supply of decent used ones for the petrolheads of the future and convince Alpine it needs to find a way to keep making fun, lightweight sportscars as the world goes electric.

I’d buy one if I had the money. If you do, and the lifestyle to accommodate a tiny two-seater with not much boot, then you should. Because who knows what the motoring landscape might look like in a few years.