BMW gives the 3 Series an M Performance styling pack. Like what you see? 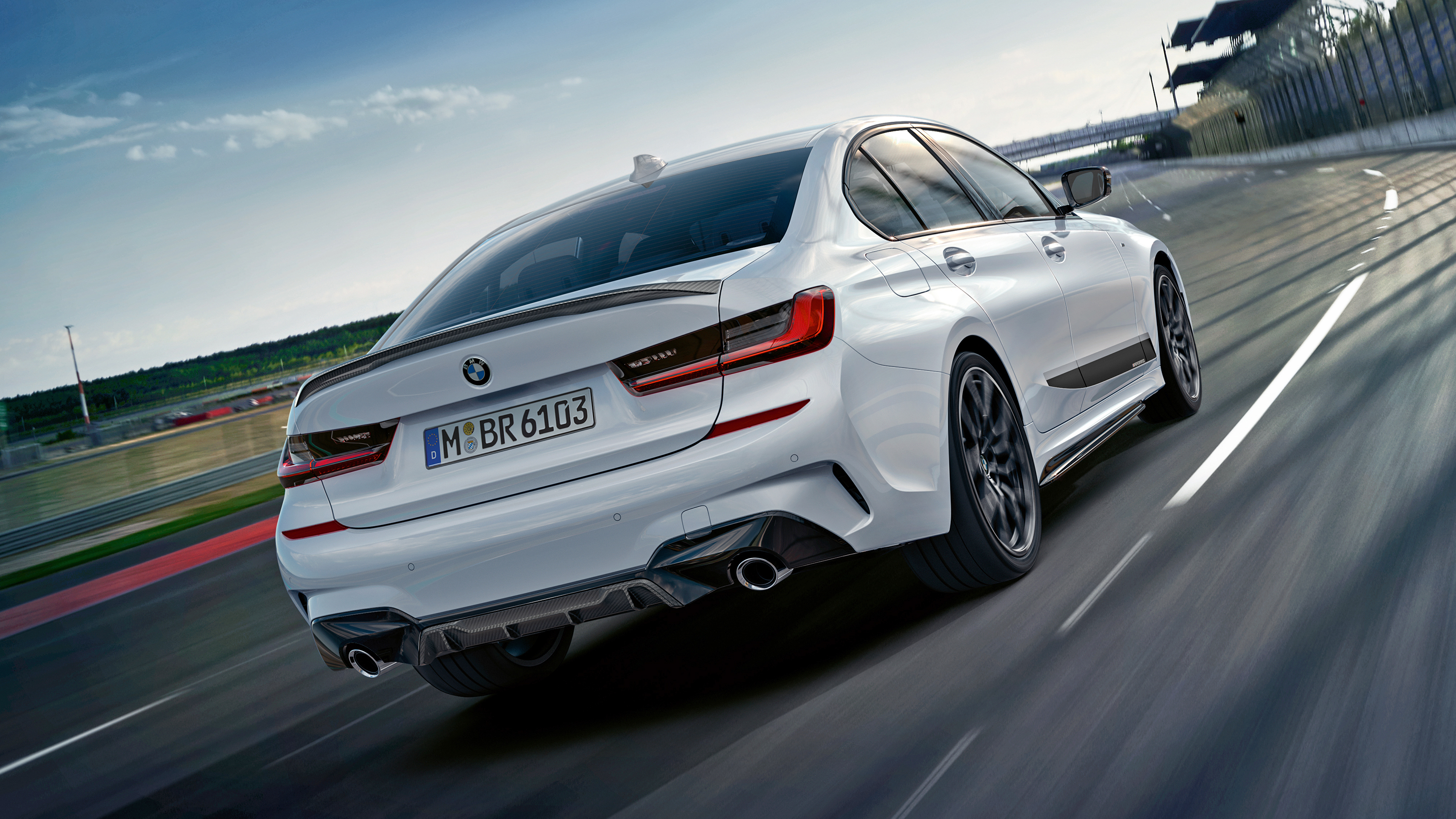 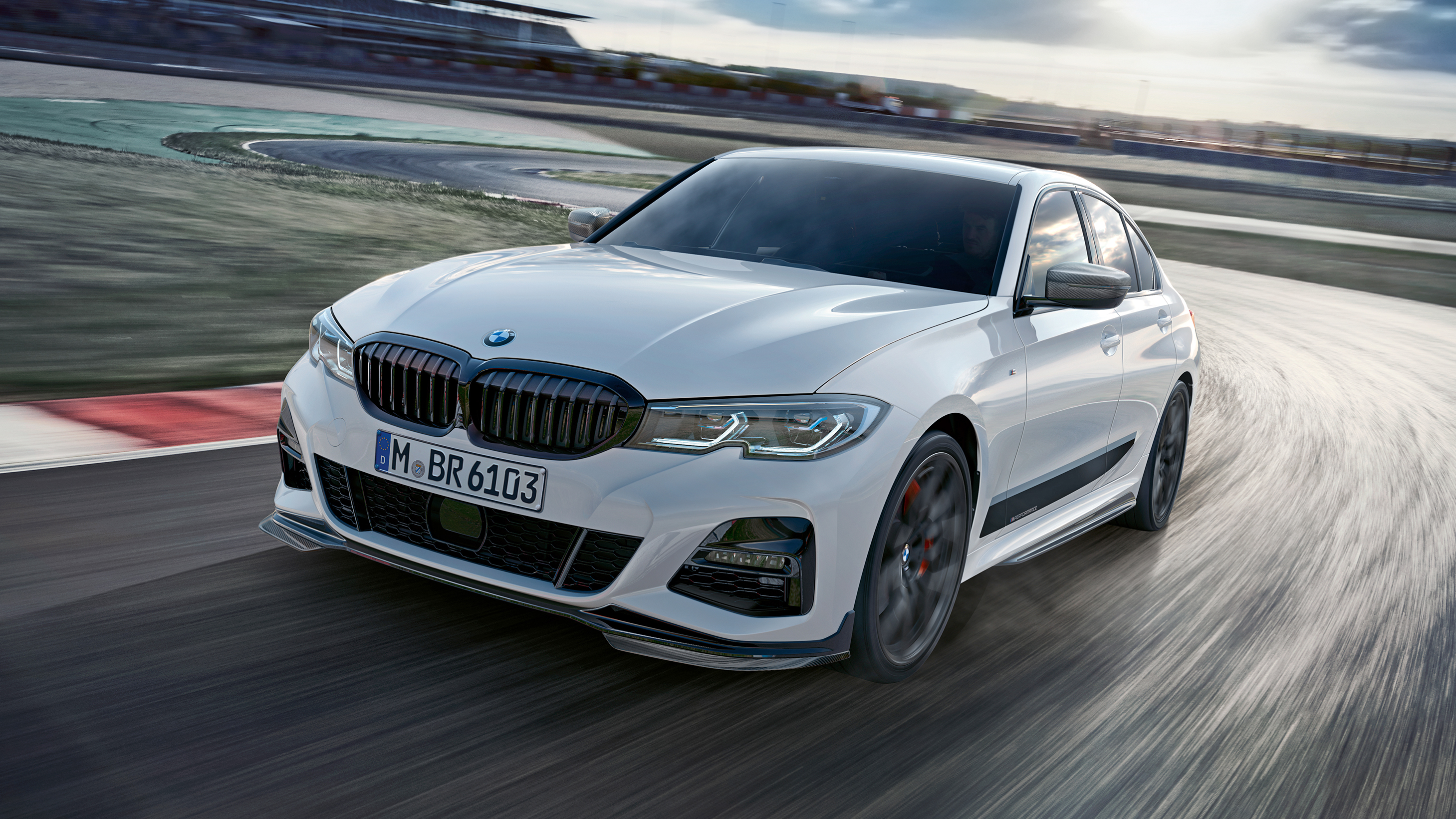 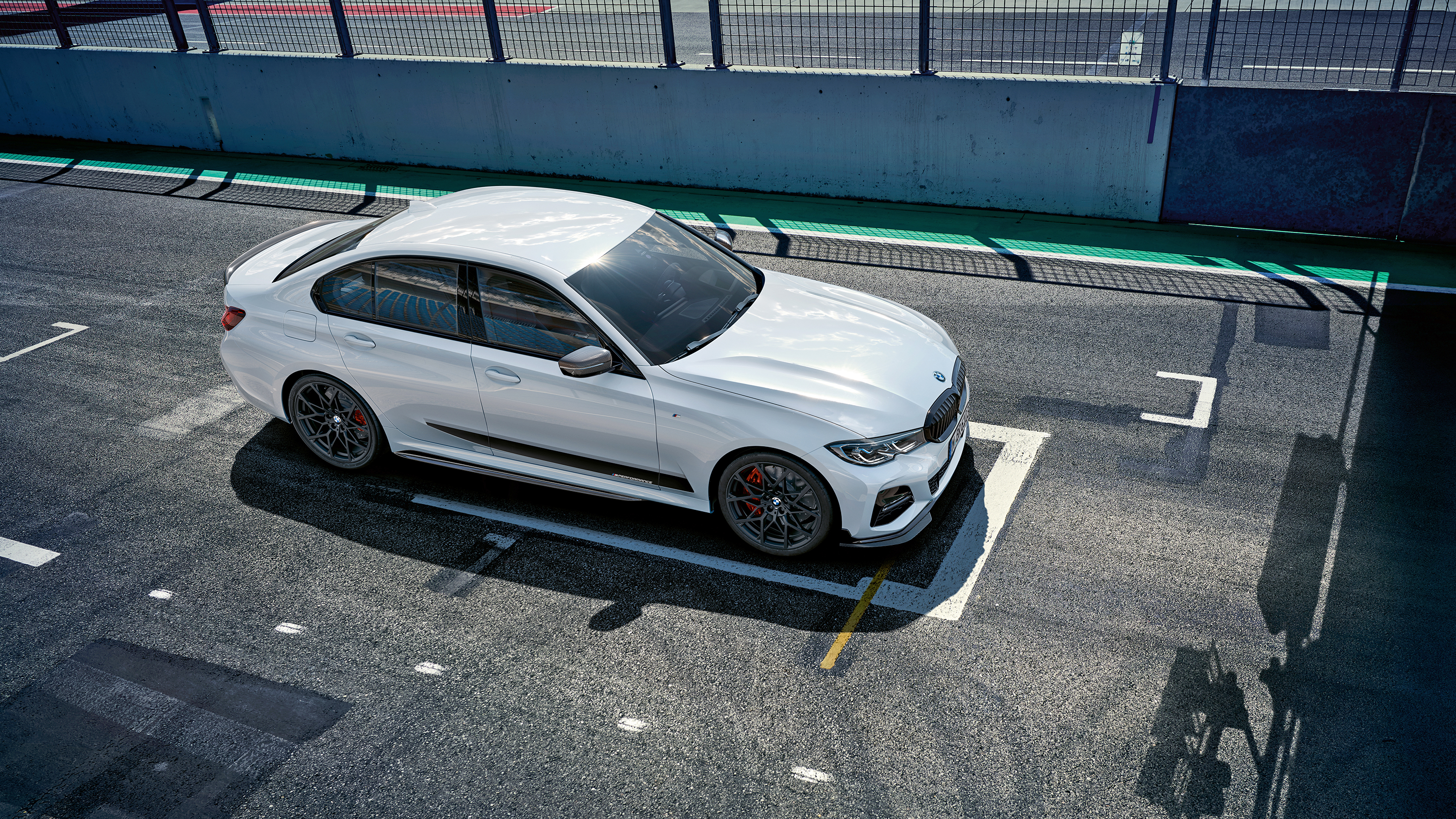 BMW isn’t holding back. One whole, entire day after revealing the new 3 Series saloon, it’s applied the performance treatment to it.

This isn’t – for shame – the new M3. Expect that in at least a year’s time, with a tuned-up turbo six delivering 500bhp or thereabouts. But these M Performance parts for the regular, sensible saloon gives us a little peek at how a sportier 3 Series looks. And therefore, if you squint, how that M3 might look.

The exterior tweaks comprise ten new parts, in either gloss black or carbon fibre, and with aggression-packed names like ‘M Performance front splitter pro’. As well as the usual spoilers and diffusers there are also new mirror caps, side sill films (with copious M Performance branding) and grey-tinted rear lights. The exhaust pipes are a mix of titanium and carbon.

There are bigger, more kerbable wheels too. You can have 18-inch matt black alloys, which allow you to run BMW’s winter tyres (a must in colder seasons in Germany), or 20-inch rims with a choice of finishes and which are necessary to house the M Performance braking system, with its 18-inch perforated, grooved discs and red calipers.

Inside there’s a choice of M Performance steering wheels, with optional Alcantara and carbon (the latter on the shift paddles if you’ve gone auto) as well as a new ‘drive analyser’. Essentially, it’s one of those gimmicky data recorders that feels frivolous in a hot hatch, never mind a rep limo, though it does incorporate a video camera for those of a dash cam persuasion.

No word on prices yet, but if you’re so desperate for a new M3 you’ll drive around in a 320d that looks a bit like one, it’s here.

What do you reckon? Does the M Performance makeover convince you of the new 3 Series’s styling?