This is a 201mph restomodded Ferrari Testarossa 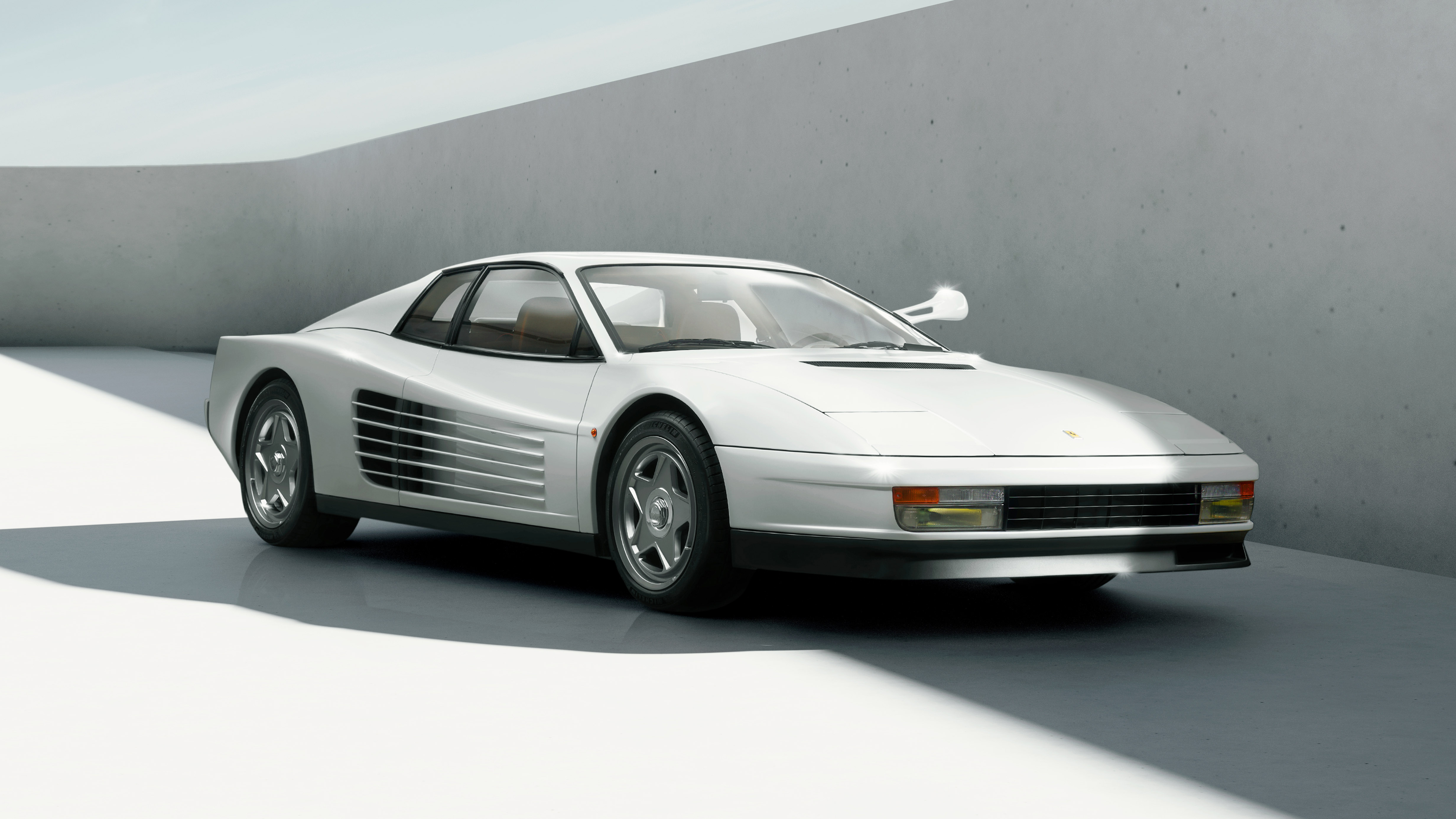 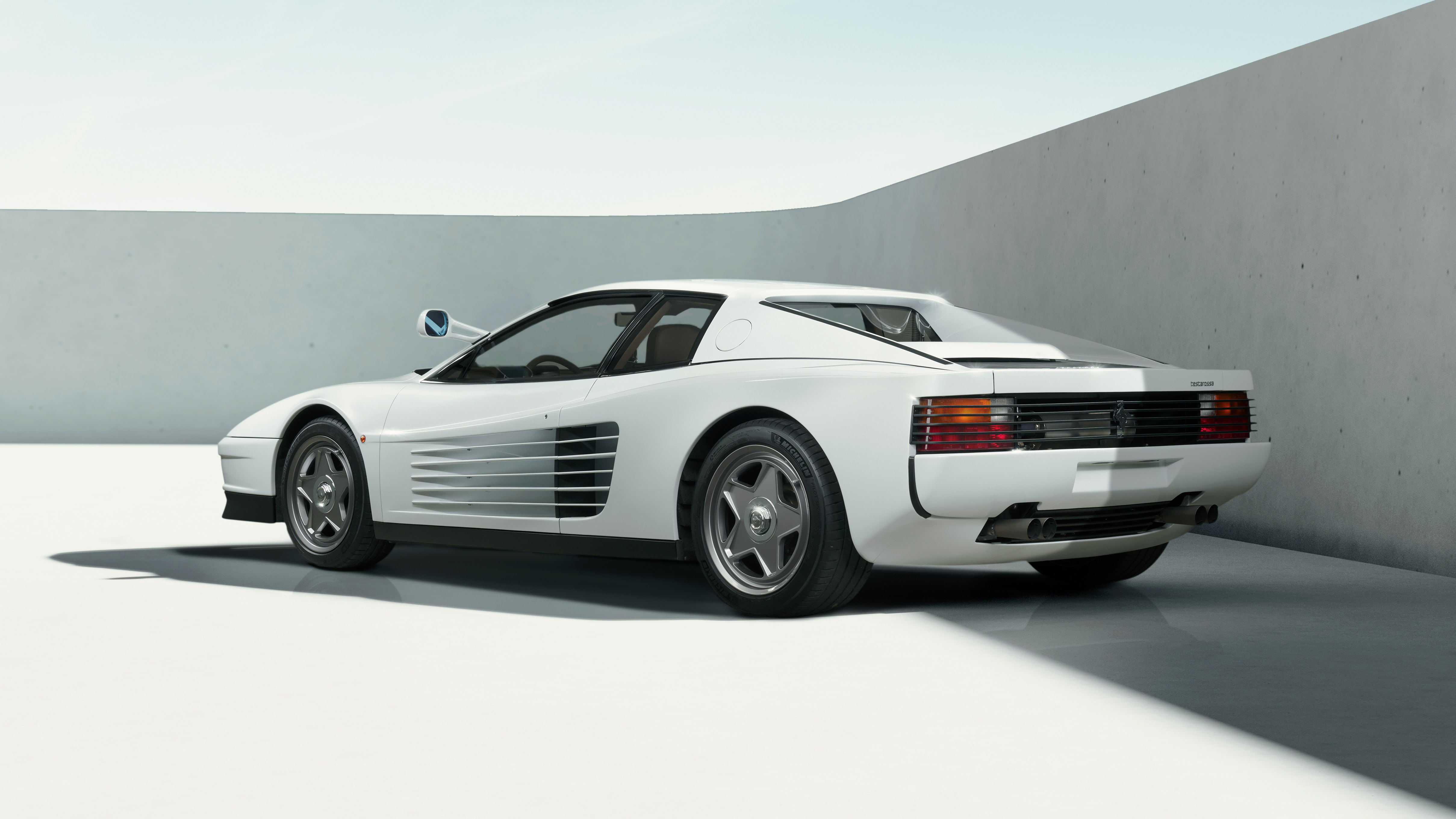 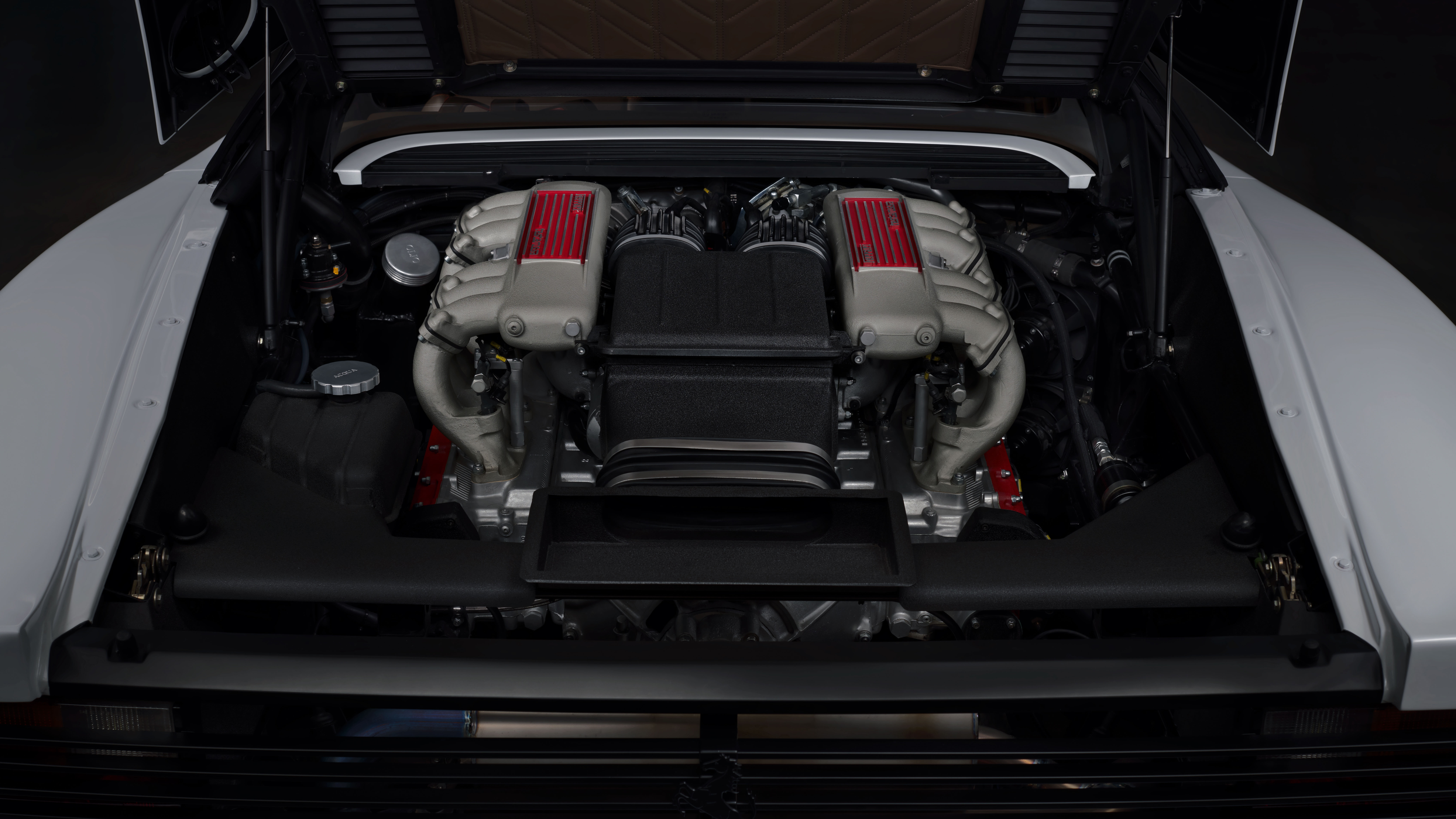 Restomodding has gone absolutely wild in the past couple of years. It’s now a well-known fact that if you leave an old Porsche 911 unattended for more than a couple of hours, you’ll come back to find an extra 200bhp, a ducktail spoiler and a leather-filled interior (probably).

Strangely though, there aren’t many companies applying the formula to Ferraris. Sure, there are plenty of recreations, revivals and replicas, but Swiss company Officine Fioravanti wants you to know that this – its first ever project – is a proper restomod.

It is of course based on the iconic Testarossa in its most-valuable Monospecchio and Monodado form, but Officine Fioravanti (we’ll shorten that to OF from now on to save us all time) says it’ll now offer “driving dynamics truly worthy of a contemporary super sportscar”. It does however reassure that the work is done “without any idiosyncrasy”. For example: “carbon fibre was not that widespread in the Eighties, so there is no trace of it on board the car.”

There’s no real change to the exterior styling, then, other than the addition of new wheels that measure 17-inches at the front and 18 at the rear. The rest of those Eighties Pininfarina lines have lost none of their impact, have they?

The iconic 4.9-litre flat-12 has had some reworking, with power increasing from 385bhp to 503bhp. New internals mean it’ll rev to 9,000rpm and top speed is up to a magical 201mph. Oh, and there’s a valve-controlled Inconel exhaust that you can open up for extra NOISE.

Other new bits include Ohlins electronically-adjustable dampers, a nose-lift system, Brembo brakes with ABS, adjustable anti-roll bars and a 12-stage traction control system. Blimey. Although despite all the additions, OF has also managed to trim 130kg from the Testarossa’s original kerbweight. There’s a flat floor to improve the aero too. 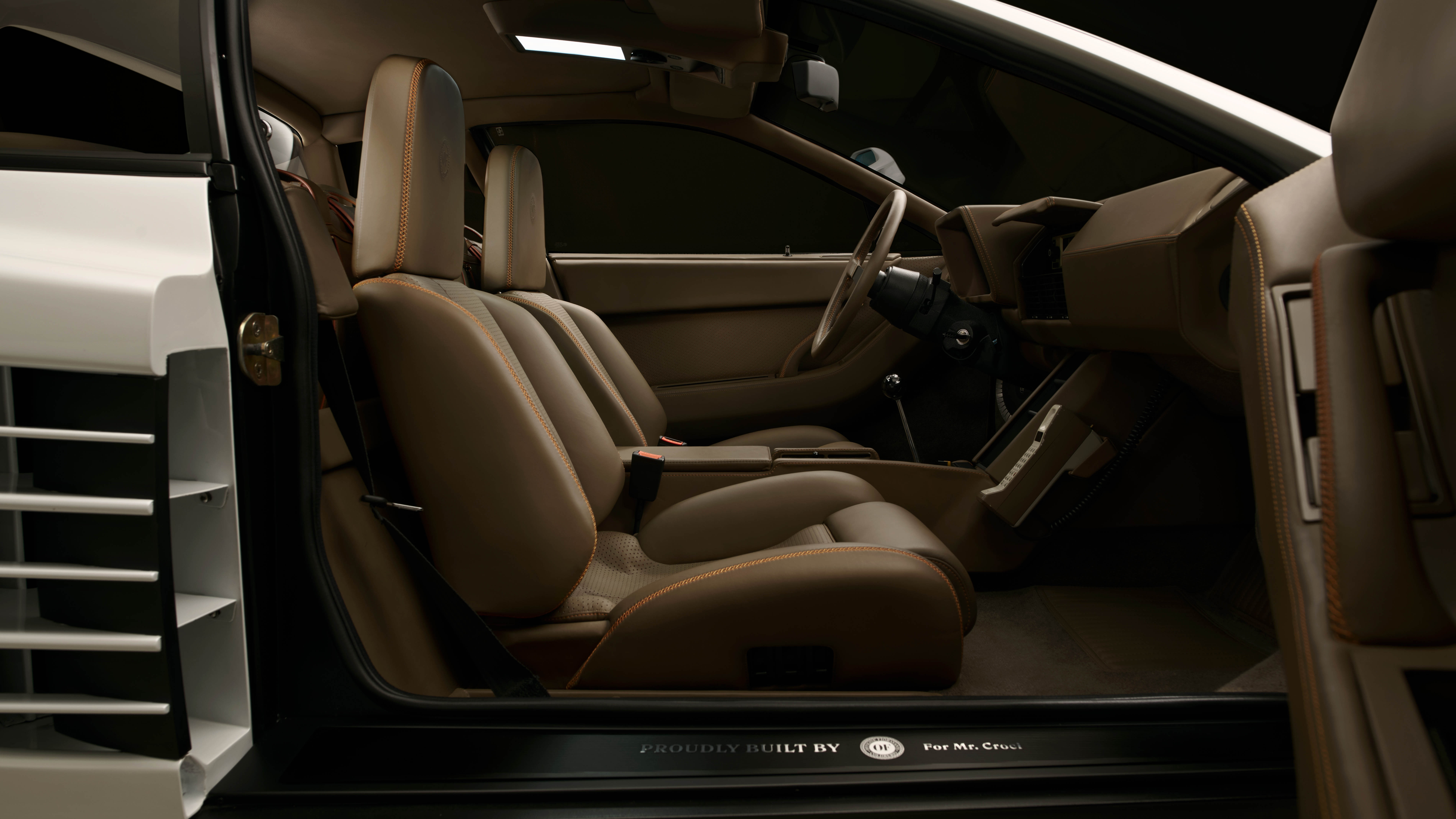 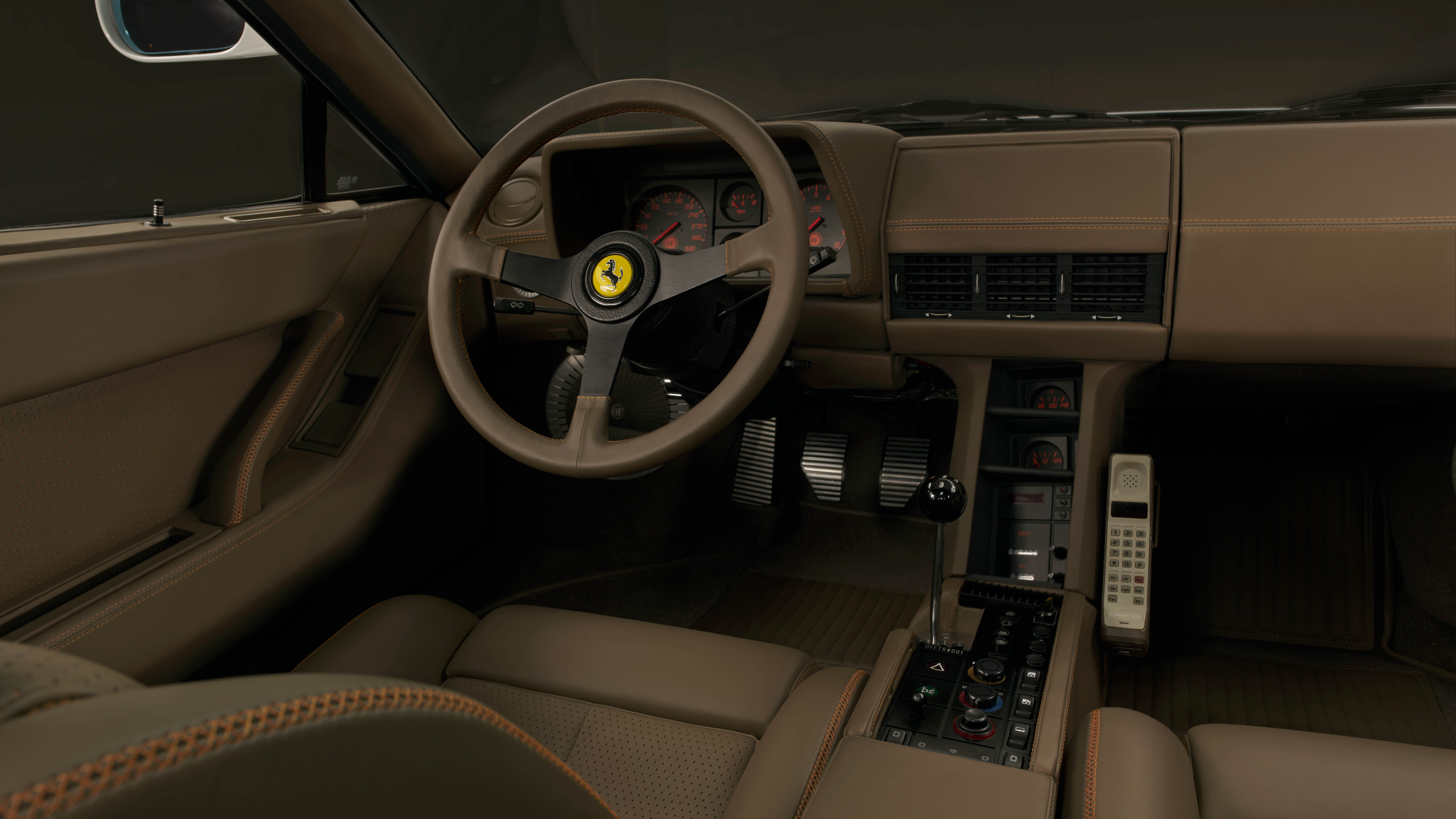 Inside the interior is heavily updated, with the original plastic switches being replaced by aluminium units and a new Apple CarPlay-equipped stereo installed. This particular example gets wonderful brown leather, as well as a USB-C charging socket, a fancy luggage kit and an original Eighties car phone that can now connect via Bluetooth to your mobile to make and receive calls.

We’re a little bit obsessed with this thing, although prices are being kept under wraps for now. Expect it to cost A LOT.