The 911 Turbo S, the greatest performance car of 2020, meets its gorgeous ancestor

Wait, which one’s which?

Oh, very funny. You can mock Porsche’s design conservatism all you want, but getting these two together is vindication of the 911’s ‘evolution over revolution’ philosophy. This comparison proves the engineers haven’t made progress where it’s not necessary. They’ve heaped on power and grip, but not lost what we love about 911s.

I assume I’m about to hear model codes.

Of course. In red, we have the current, 992 Turbo S. In yellow, we rewind four generations (yet gain a digit) with the 993 Turbo. Both are absolute stunners in the metal, the 992’s burly shoulders competing for your gaze with the 993’s rear wing, gorgeously draped across the engine cover like a fancy throw atop a crisp, fresh duvet. I’d argue our ’95 example represents the prettiest 911 era of them all.

Enough ogling them. What’ll they do?

While not as iconic as the Seventies whale-tail, this 993 was the first 911 Turbo to pull up its socks and get serious: it was the first that used four-wheel drive, drip-fed down from the mighty 959 hypercar. Which means the 402bhp pumped out by its 3.6-litre twin-turbo flat-six can be deployed without fear of quickly acquainting yourself with the nearest field.

Its modern-day equivalent possesses another 145cc of engine capacity for a 641bhp peak, telling the story of 25 years of performance progress quite neatly. Same goes for their acceleration: the six-speed manual 993 hits 62mph in 4.3secs, the eight-speed PDK auto 992 in 2.7secs. Their top speeds are 180mph and 205mph.

And how do they drive?

Slot into the older car and it doesn’t suddenly feel dainty in a way retro stuff does usually. In truth, it barely feels retro at all. Every component is dripping in silky finesse and feel and the whole thing is as easy-going as a modern Turbo.

The gearbox requires more effort, of course, and its oddly hinged clutch pedal and tight gate favour a brusque, physical approach. But the car smooths out wonderfully with confident inputs and you’re soon chasing the boost, which kicks in above 4,000rpm before you soar maniacally to 7,000. And with 4WD, there’s no ‘old 911’ scares along the way.

It feels a truly modern car when it comes to grip, braking and outright acceleration. Its digital speedo (nestled in the centre of the classic five dial layout) will show three figures with worrying ease. Apparently.

Same’s true of the new one, I guess…

It operates on another level of performance, not least because it’s gained an S, something the 993 did at the end of its life. But besides the fact your left-most limbs don’t have much to do, there’s DNA from the old car everywhere. The five-dial layout is repeated in TFT (with a big analogue rev-counter still in the middle, thankfully) and the driving experience offers a similar blend of frankly ridiculous grip and performance but with actual fun and interactivity built in. Especially compared to more recent 911 Turbos.

The 996 Turbo, while mighty, arrived just as Lamborghini flourished under Audi ownership, Pagani arrived on the scene and road-going Ferraris inherited otherworldly F1 technology. One of the original supercars suddenly became the most studious, and the Turbo’s image hasn’t really altered until this 992, which blew us all away at Speed Week 2020 long before the gales did.

Its eight gears are nicely stacked and while its suite of driving modes and Sport Response button may seem gimmicky after the 993, they bring real interest to normal road speeds. Its 590lb ft torque peak lives in a 2,500 to 4,000rpm window, meaning it gives its all before the older car has even fully boosted.

This 992 sees the return of the Turbo as the most interesting 911 (at least the new GT3 lands), with the 993 arguably the last time this badge truly got the enthusiasts frothing. Progress has been made, but not at the expense of the driver wearing a big fat grin. Porsche really does know what it’s doing. 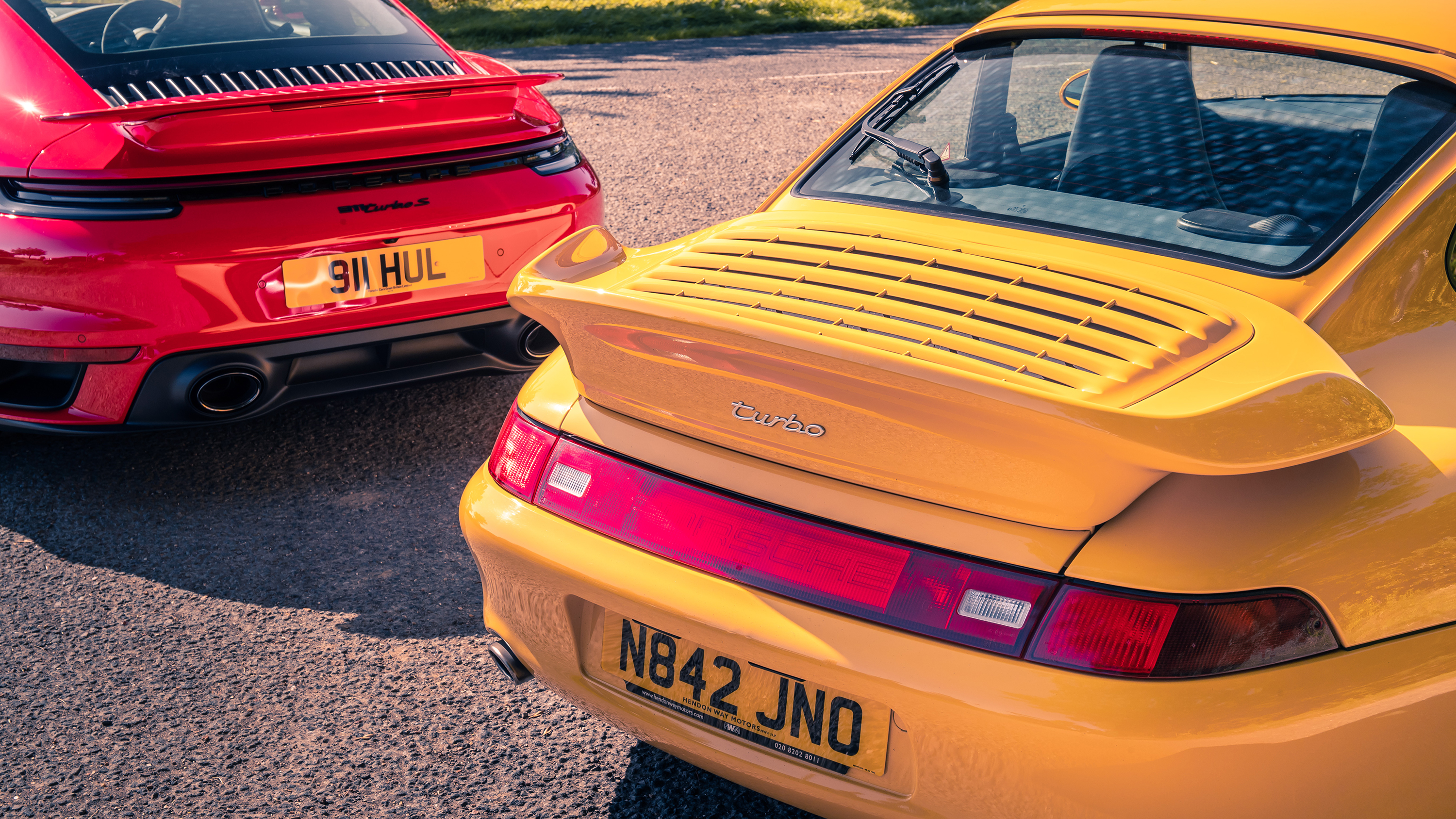 New crossover gets schporty styling, but no real chassis or engine tweaks