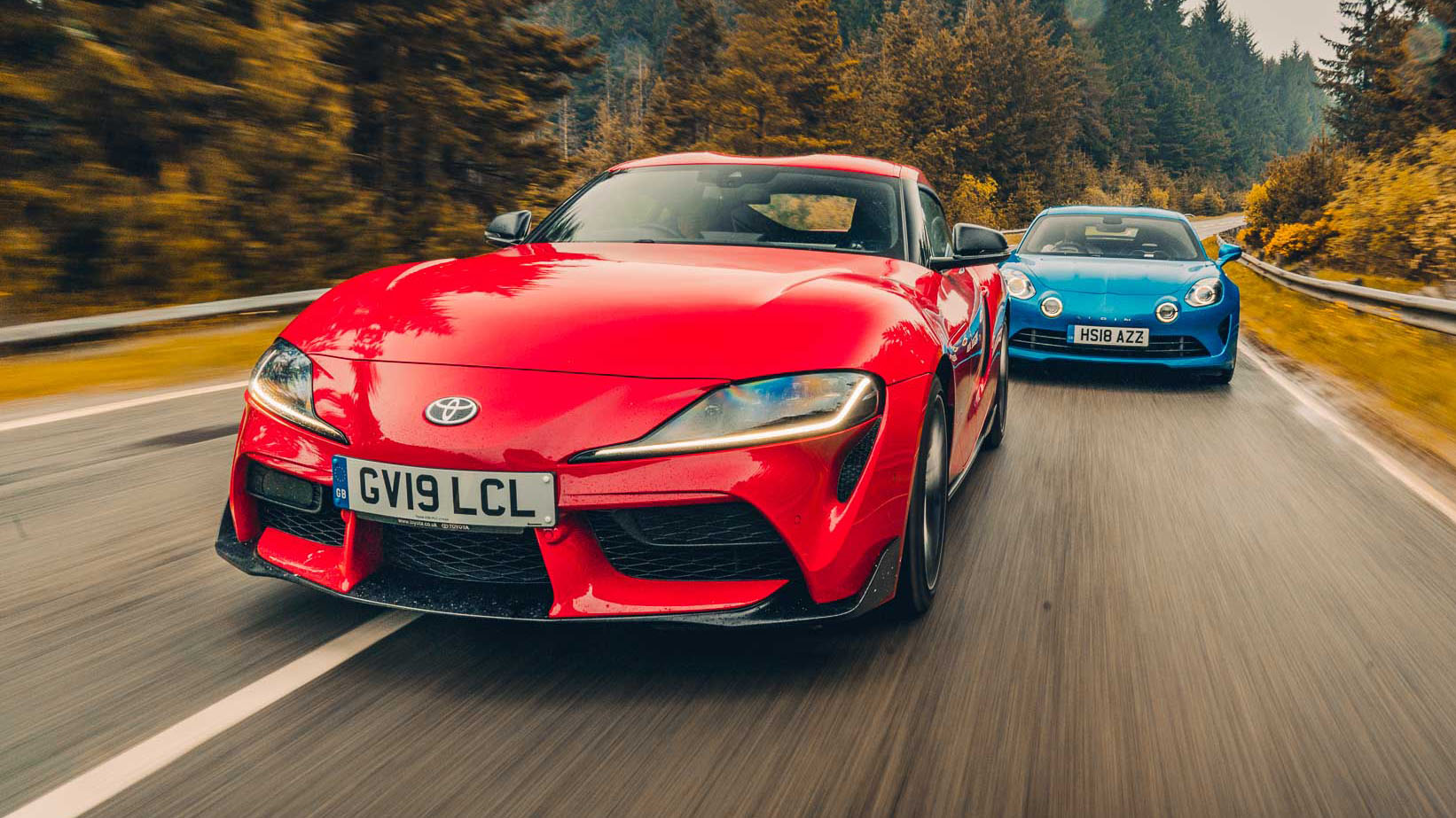 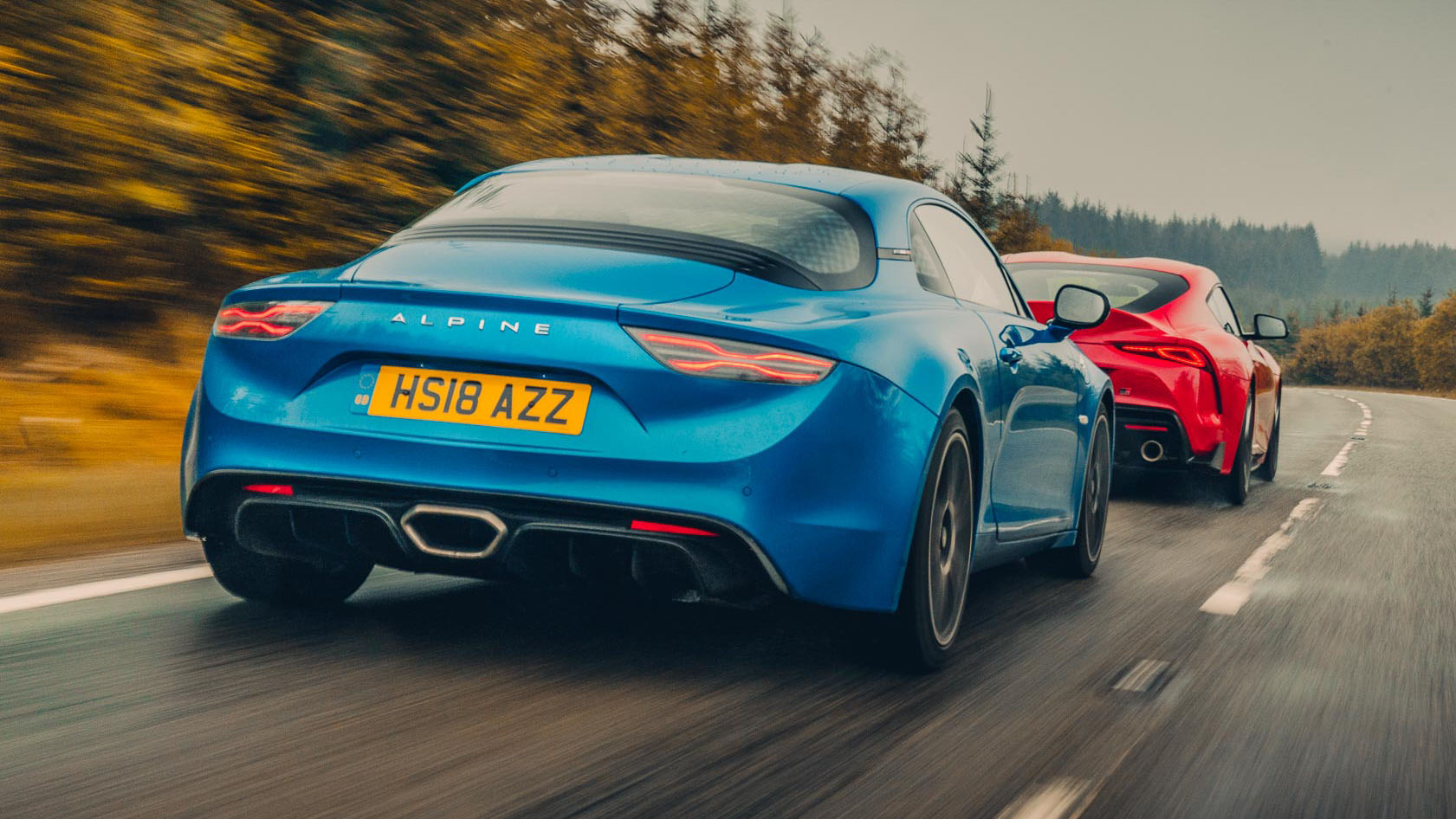 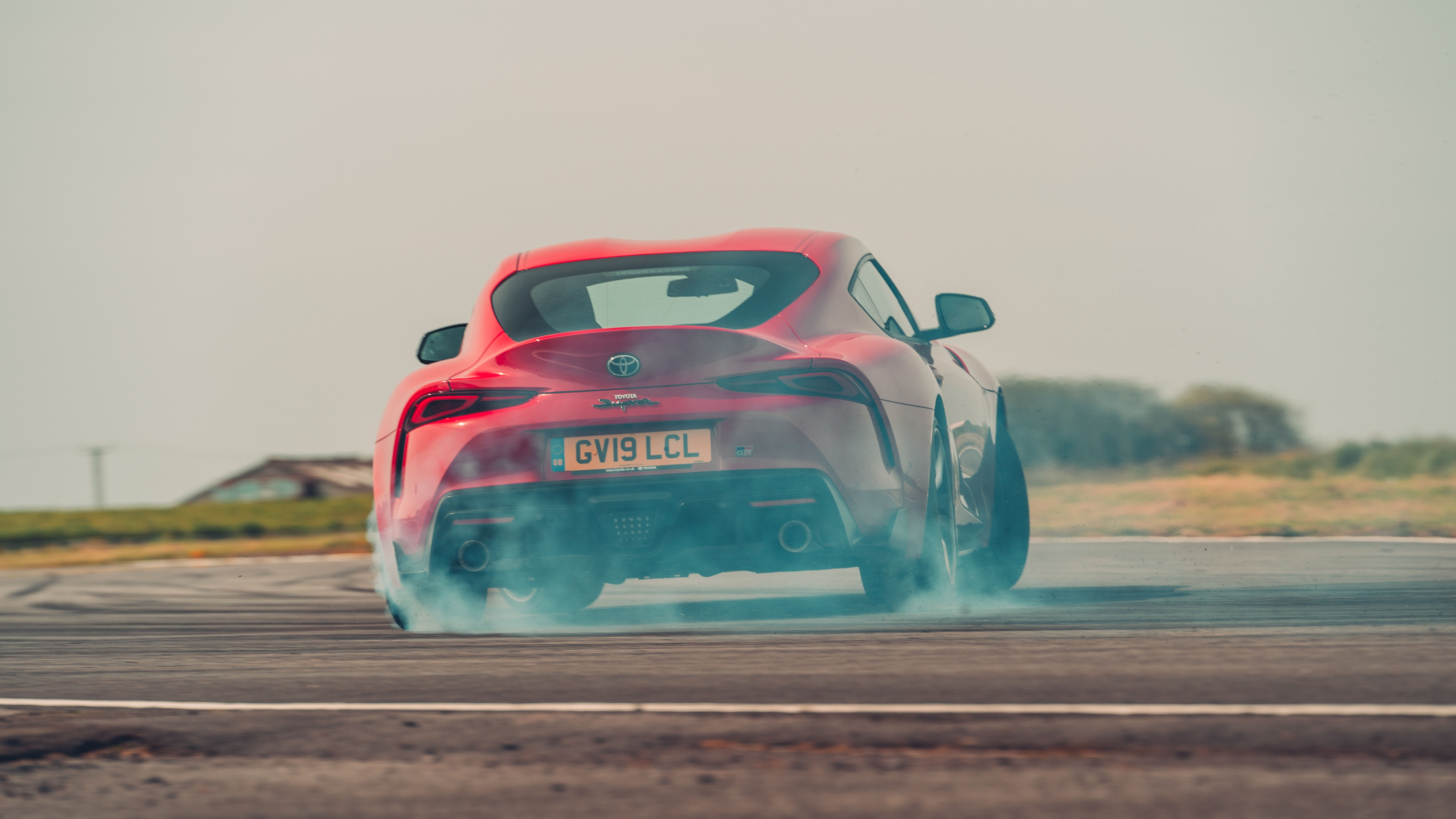 And it’s a war that numbers seem to be winning – we live in an age where new performance saloons need 600bhp before we take them seriously, where 700bhp is the supposed sweet spot for supercars and where we can discuss cars with four-figure power outputs without blanching. So when the new Toyota Supra came along with 335bhp, it’s fair to say that the proverbial needle scratched on the proverbial record, and the proverbial hipster complained because he just paid £50 for it over at Rough Trade Records.

Those with a long enough memory (or access to the internet) will know that the last-gen Supra had about 325bhp when driven off the dealer forecourt, and about 600bhp every day afterwards. So how does the new Supra come along, 17 years later, with just 335 horsepower? 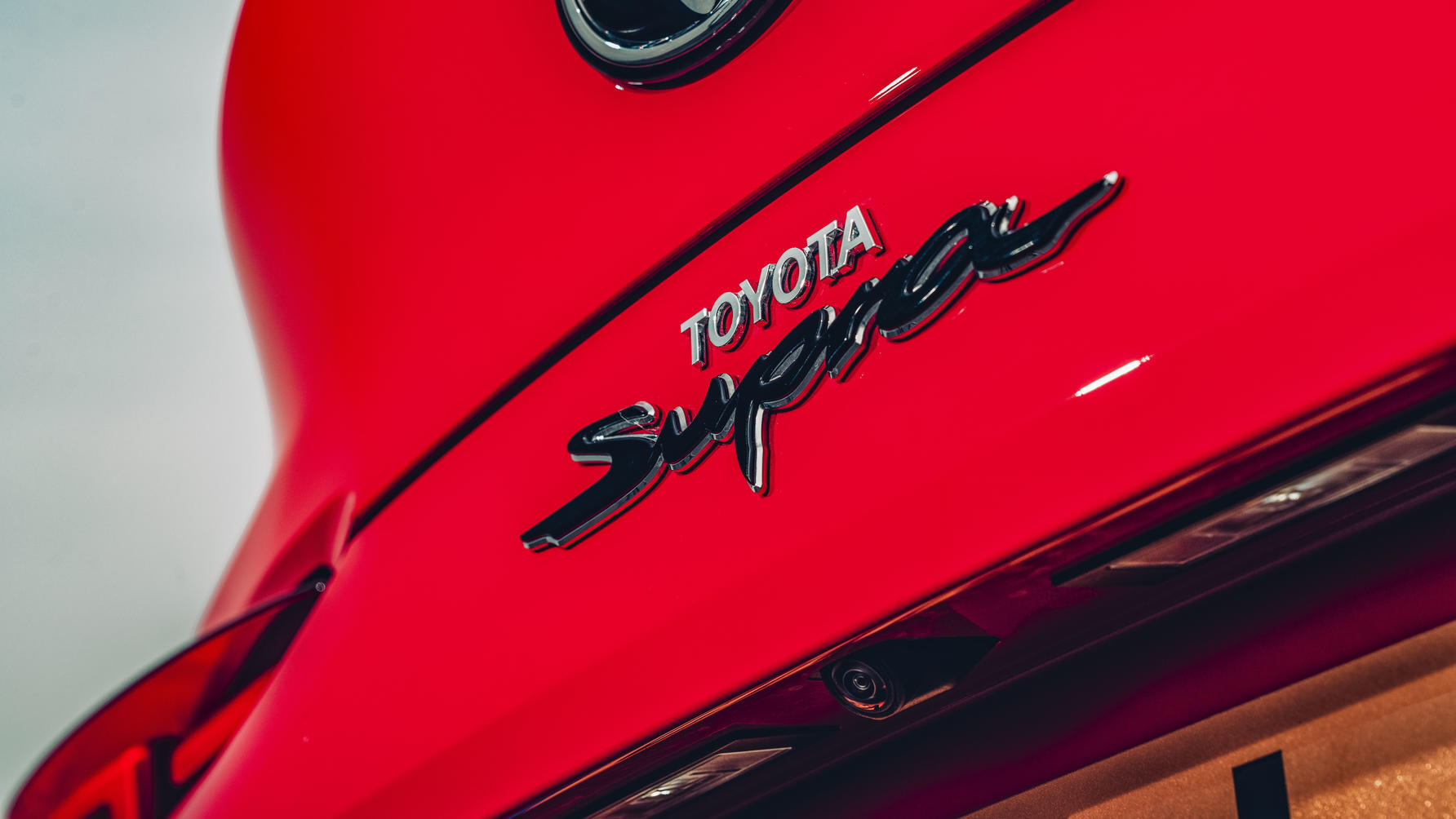 Well, mark this moment: words, and everything they signify, are fighting back. It started with the Alpine A110 and continues in the Supra, where words like ‘feel’, ‘experience’ and ‘enjoyment’ are given more credence than boastable power and torque figures. It’s 100 per cent... er, absolutely a trend we can get behind.

Not that the Supra isn’t quick. Because of the smooth and unstressed feel of the engine, gearbox and suspension – and judicious attention to NVH – velocity gathers in a way that isn’t matched by sensation. Much bigger numbers appear on the car’s speedometer than in your internal one, both on the straights and around any corner you’re comfortable piloting this car. The front end has immediate purchase, acres of grip and seemingly zero latency, so it’s just a matter of looking where you want to go, turning the wheel and following your nose through the corner.

It’ll also cruise without care and match your heroics as much as you dare – cue a few subtlety-free laps around Llandow circuit, the sounds of shredding tyres overcoming the silence of south Wales. It’s a simple thrill, but also an evergreen one.

The Alpine’s lower power and torque, combined with its mid-engined balance and mesmerically good suspension setup mean that Supra-matching heroics take more than slow in, power on and countersteer out. If anything, coaxing and provoking the Alpine around a track is more fun than in anything chest-thumpingly overpowered. And, as it turns out, more fun than the Supra, too. Everything matters in the A110: how you brake, accelerate and steer is reflected and displayed in utter detail. Lift off the throttle ever so slightly mid-corner and feel it tuck in at the front. Jink the steering wheel a little to feel the back end get lively. Lift off and jink for a big rotation and then power out with a life-affirming level of oversteer if you get it right – or a nerve-racking tank slapper if you get it wrong. I experience both.

The Alpine is always rewarding. It’s rewarding to drive normally, it rewards neat, clean, skilful driving with neat, clean and skilful handling, and it rewards hubris with a potent lesson in humility. Don’t confuse 1.8 litres of engine and 250 horses’ worth of motivation with any idea that the A110’s some kind of ‘my first sports car’, filled with softness and forgiveness – this thing is mid-engined and comes from a company that’s won World Rally Championships. A few moderately fish-taily laps in the A110 and adrenaline has reduced me from a fully grown, fattish man into a breathless, quivering whippet. Time to pull in and take in the finer details.

The interior of the Alpine feels so special – it’s a low-volume sports coupe and feels every bit as exceptional as that phrase implies. The Supra feels like a pleasant, BMW-engineered coupe, with a deep, dark feel in the cockpit and some incongruous Toyota badges. The A110’s raised centre bar, quilted accents and brushed aluminium vault its cabin above the mass-market feel of the Supra.

Outside all I can think is how desperately gorgeous the Alpine is, how unique in form and proportion. The Supra’s styling, while unique in its execution, follows the Grand Tourer Proportional Instructions™ to the letter: long bonnet, two doors and a pert rear end. But that’s fair; these cars approach from different origins and, in the main, pursue different goals. The Supra, with its phallic proportions, deep cockpit, big boot and smooth eight-speed auto is a grand-tourer-cum-sports-coupe. Think of it more like a cheaper, less histrionic (and yes, less desirable) Ferrari 550 and you wouldn’t be too far off the mark. Also, it’s worth pointing out to any number jockeys out there that the A90 Supra will beat the 550 in a 0-62 drag race. Sorry, tifosi...

The Alpine, on the other hand, is custom-made (literally) to be a small, fun and hilariously entertaining sports coupe. And it succeeds in incredible fashion. The way its lightness and deftness infuse every aspect of the A110 immediately vaults it into my personal pantheon of all-time driving greats. Hardly a surprise – this is the same car that won our Performance Car of the Year in 2018 and has made fanatics of the otherwise laissez-faire. 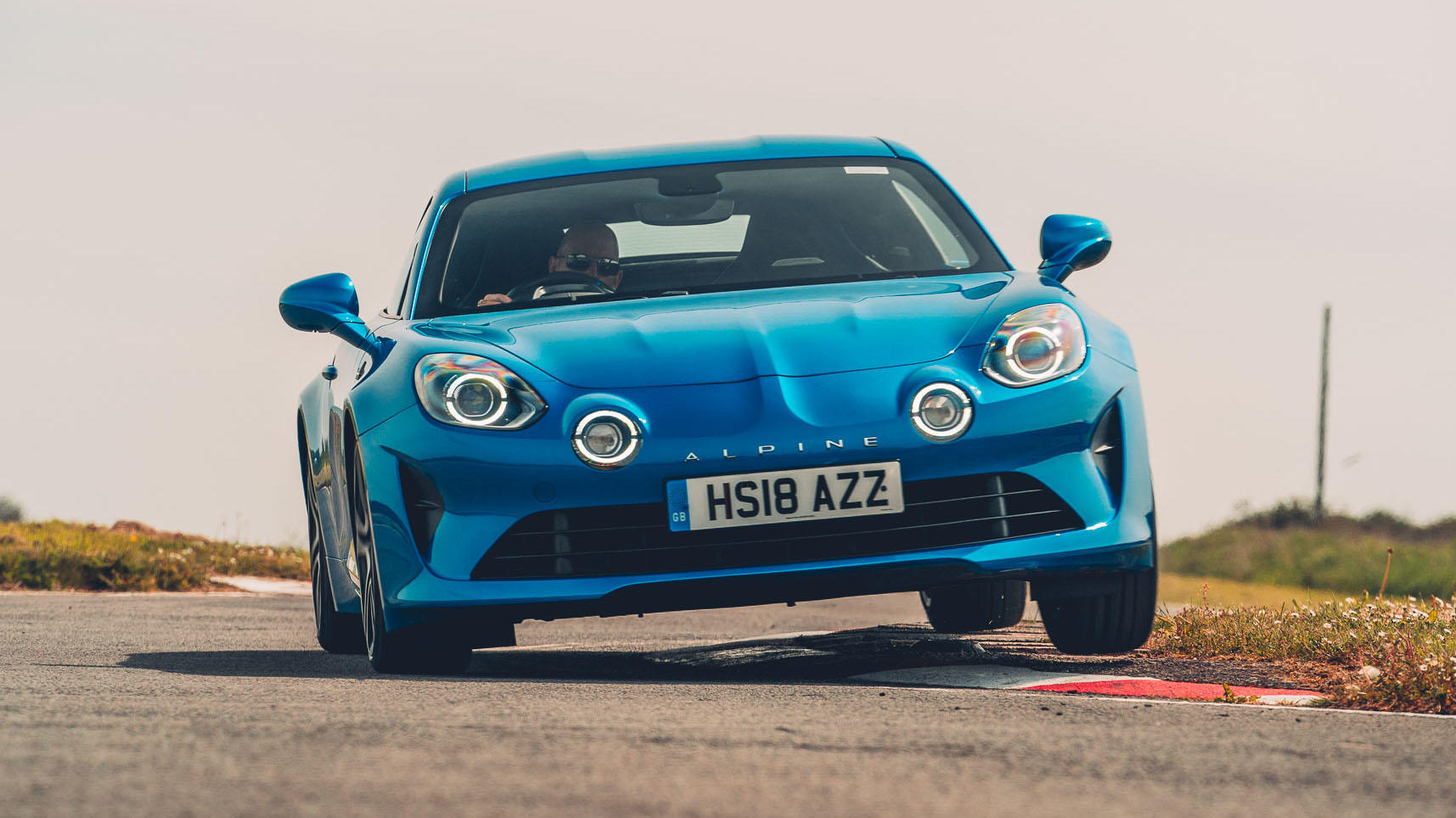 Both Toyota and Alpine succeed in their goals – the Supra is a properly good, sporty GT: soft, comfortable, controlled and faster than you’d ever give it credit for. The A110 is an unerring joy in every situation, and, it seems, easy enough to wax on about until you become more candle than man. But can they possibly win a victory for words against a tidal wave of Top-Trumps performance cars? The Supra and A110 wade in against a barrage of figures that not only lead the conversation around cars, but also our understanding of what makes a car good or bad. The good news is that both the Alpine and Supra fight back against numbers, and both succeed. The bad news – for Toyota – is that the Supra’s win over numbers doesn’t translate into a win against the Alpine, or a tick of approval without hesitancy.

In the Nineties, the Supra, together with the Honda NSX and Nissan GT-R, helped debunk the myth that supercar speed and ability meant a) European, b) incredible expense and c) an ownership experience only slightly more painful than a pair of sea urchin flip-flops. Today, the Alpine debunks the idea that unholy amounts of power, grip and speed should define the sports car experience – or, to put it another way, that numerical advantages translate into real-world benefits.

This could have been what the Supra achieved too, were it not so closely tied to the Z4, a middle-of-the-road convertible that takes no risks and challenges no conventions. The Supra name has returned after all this time as a fast, enjoyable coupe, and that’s commendable in the fun-sponge world. But the A110 is the game-changer of this generation, the vanguard in the battle of words and numbers. It’s the car that made me take the long way home. A drive that was emphatically not about the extra numbers on the odometer, but the words I used to describe it when I got home.