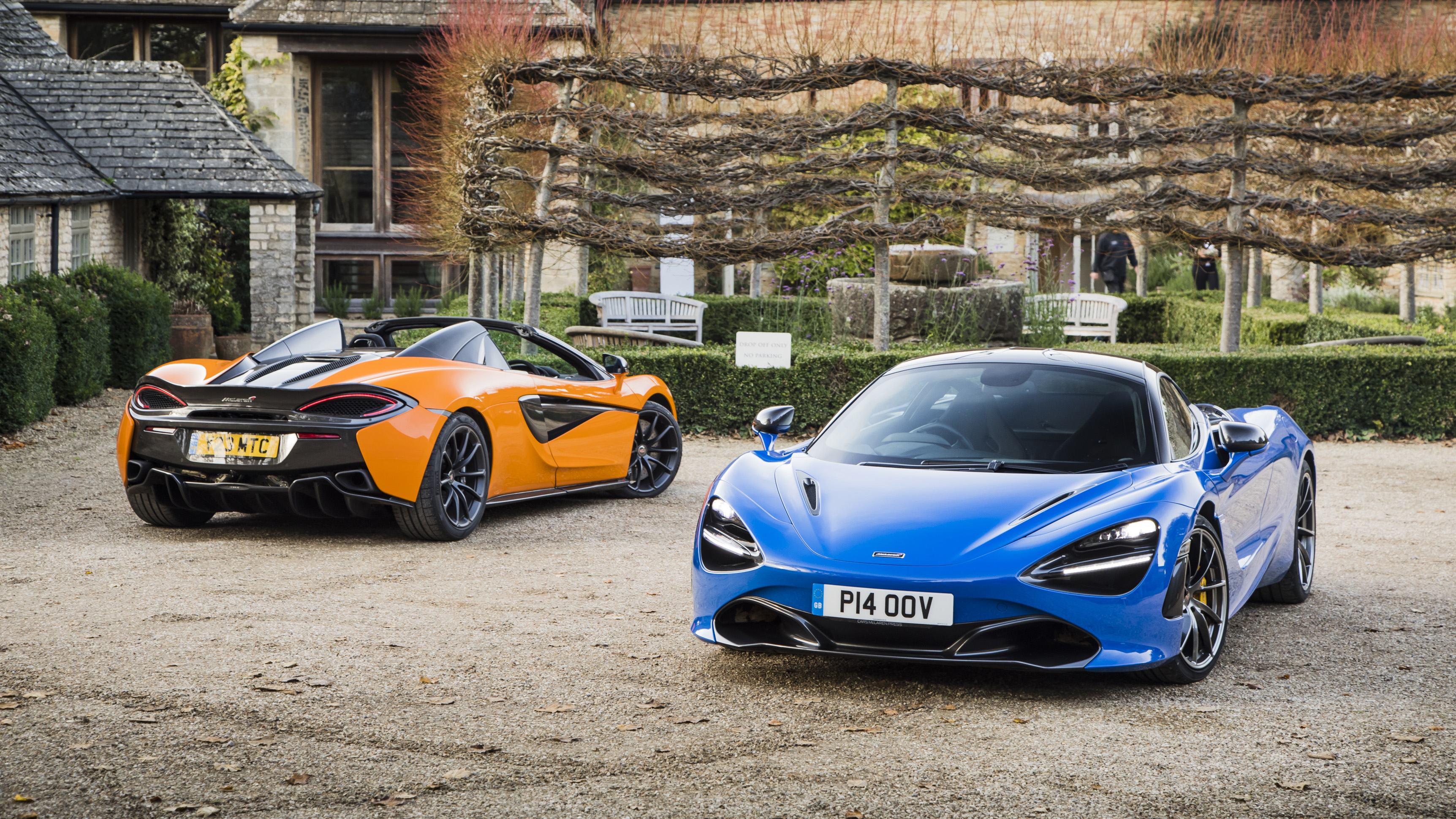 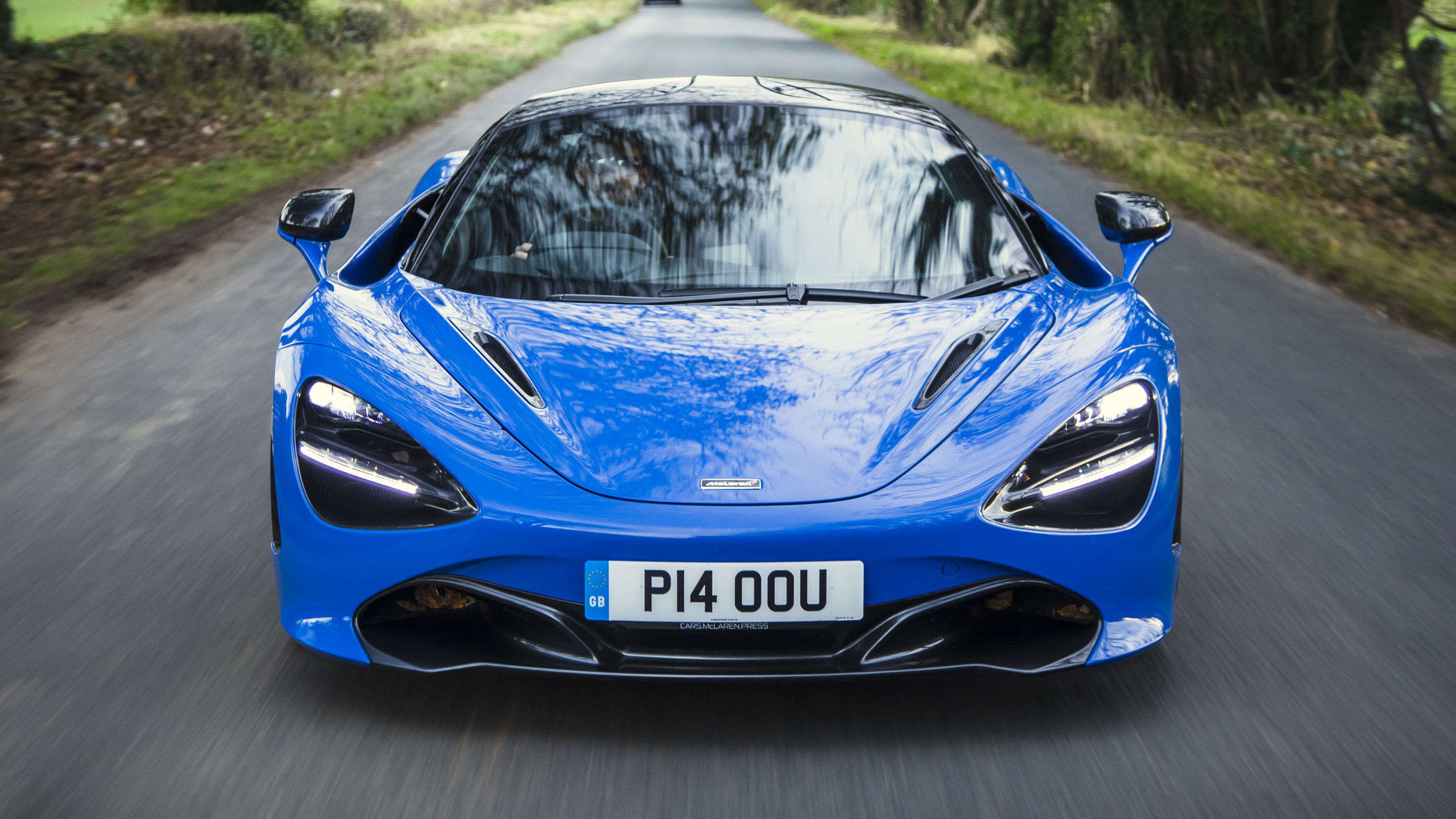 Spend a lot, get a good car. Spend more, get better, right? And when you're at McLaren levels we're talking very good indeed.

What if you spend less? By how much is a £165k McLaren a lesser car than a £218k one? I recently spent a very lovely autumn morning swapping between a 570S Spider and a 720S Coupe, down some of my favourite open Wiltshire roads.

As a supercar, the 720S asks questions of you. To answer, you need to step up. You commit yourself to a deal. If you accord it the right conditions, and you pour your entire self into the relationship, it can reward you regally.

But I'm not sure whether, unless you get up at 4am on midsummer's day, in the whole of the South of England there exist roads that are the equal of this mighty car. I got lucky on my drive through Wiltshire. There was surprisingly little traffic. It was dry and sunny. I chose roads where the sight lines are good.

I was mostly earthbound, gazing up at this car's galaxy rather than flying among those stars

Even so, the drive was almost entirely about restraint, rather than abandoning myself to the urge of the M840T engine and the grip of the 305/30 20 Pirellis. I was mostly earthbound, gazing up at this car's galaxy rather than flying among those stars.

Whereas the 570S gave me slightly more chances to explore the car. The 570S would absorb 6.5 seconds to go from 60-125mph (but I didn't do it on a road, obvs). The 720S would take five seconds flat. That looks like a small difference, but it means the acceleration has a different quality.

In the 720S, you mash the throttle and your breath is taken away. You barely get the brain-space to savour what's happening. And you're lifting off almost as soon as you floored it. In the 570S, you get longer to listen to the V8 doing its thing. You get a taste while you accelerate. In the 720S, it's mostly about the aftertaste.

Then the chassis. Enough has been written about the 720S's Proactive suspension, its fabulously accurate responses and its tenacity. The steering is extraordinarily good at communicating what the car is doing. But mostly you are feeling it operating well within itself.

Straight after the faster car, the 570S seems, at first, like its steering is operating in slight soft-focus. But when you load up this thinner-tyred car, it delivers its cornering sensations over a wider range of circumstances, and then it's easier to build up a bit of a slip angle.

As with the engine then, the 570S's chassis experience is more interactive more of the time than the 720S's. 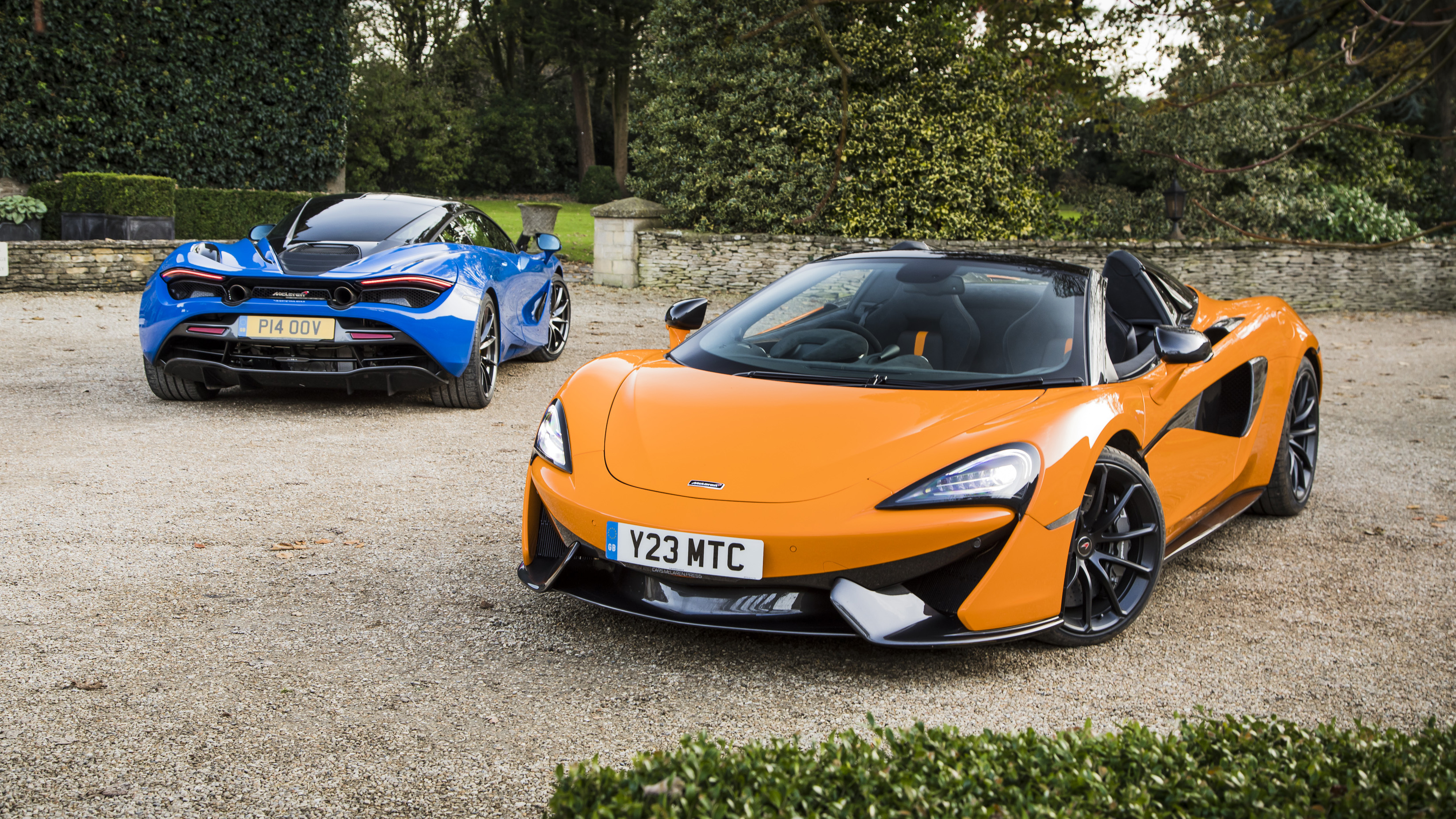 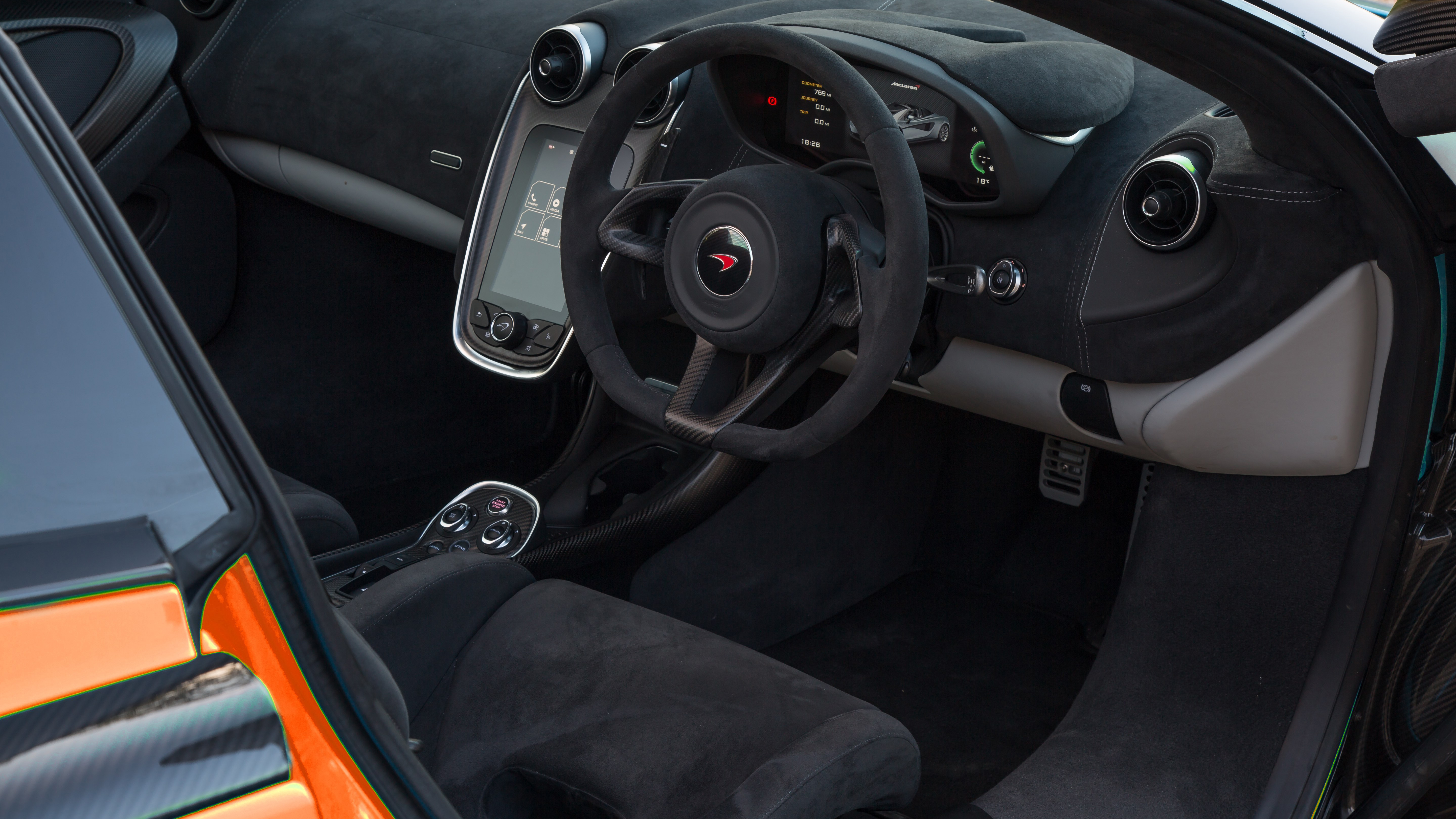 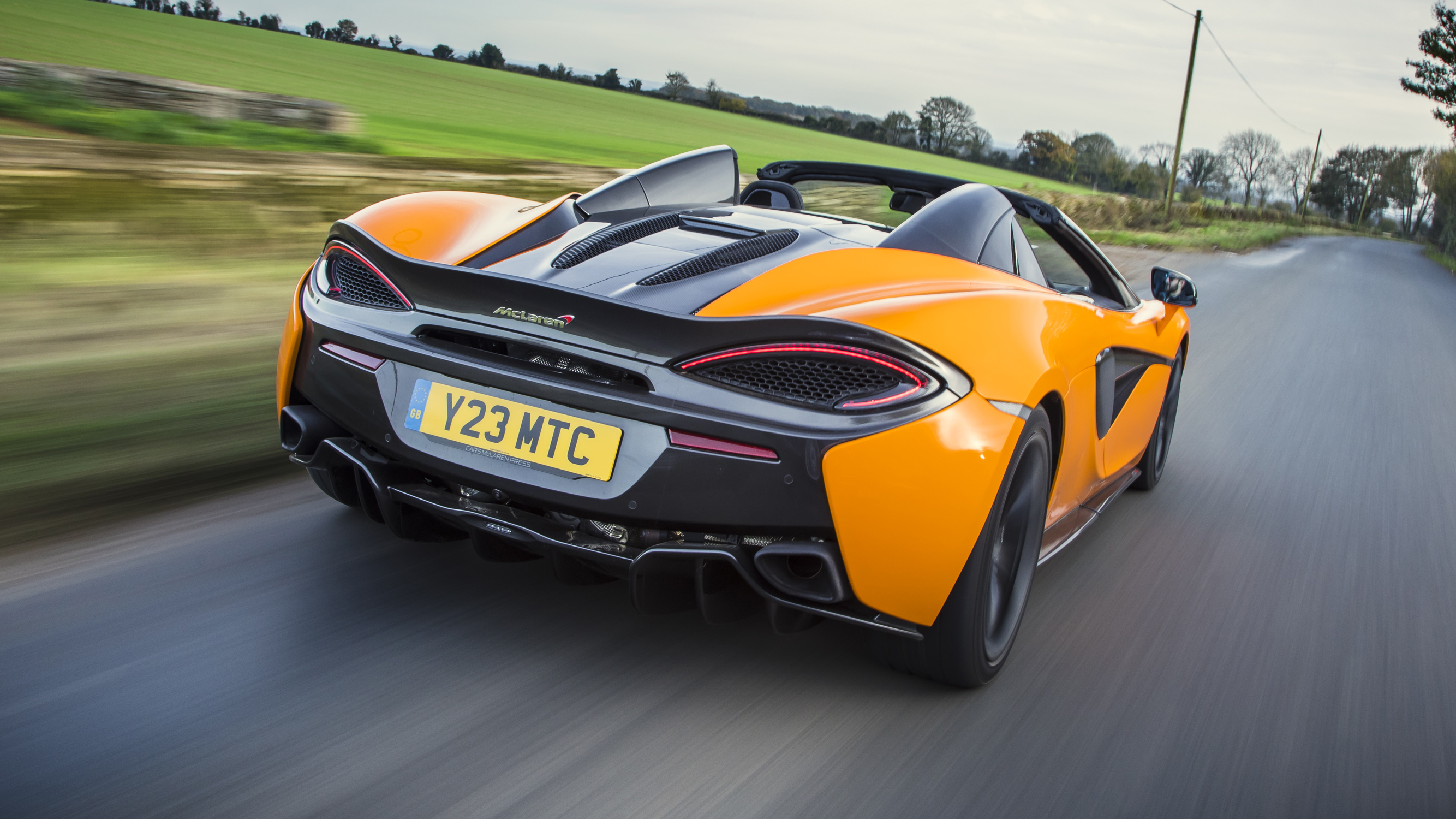 Another thing. On British rural roads, the 720S's front wheels get continually knocked side-to-side by bumps. Not much, but this does effectively make it wider. The 570S has a different kind of steering geometry. Its wheel still writhes in your hands, but the car is less deflected. It feels alive, but you don't have to deal with those endless corrections. It breathes with the road.

And this time I was in the Spider version of the 570S. Fresh air trembled across my slappy head. Rural aromas tickled my olfactory glands. The engine noise – exciting but not antisocial – teased my ears. All of that added to the more intense yet more carefree sensations of driving the 570S at road speeds. It was a drive of subtler shading and manifold extra dimensions.

So, about that question I asked at the start. McLaren has done a good job of making the 720S 'worth' the extra expense. It's more dramatic-looking outside and in, and has nicer metal switches and more exquisite detailing. To drive it feels more expensive than the 570S. Not just faster.

But more fun? On these lovely English roads on this day? Actually I'd say the opposite. And 'more fun' is surely a critical component of 'better'.