This Porsche Exclusive 911 is the most powerful Turbo S ever

Add 27bhp, a posh wristwatch and extra carbon and you get 500 love it/loathe it 911s 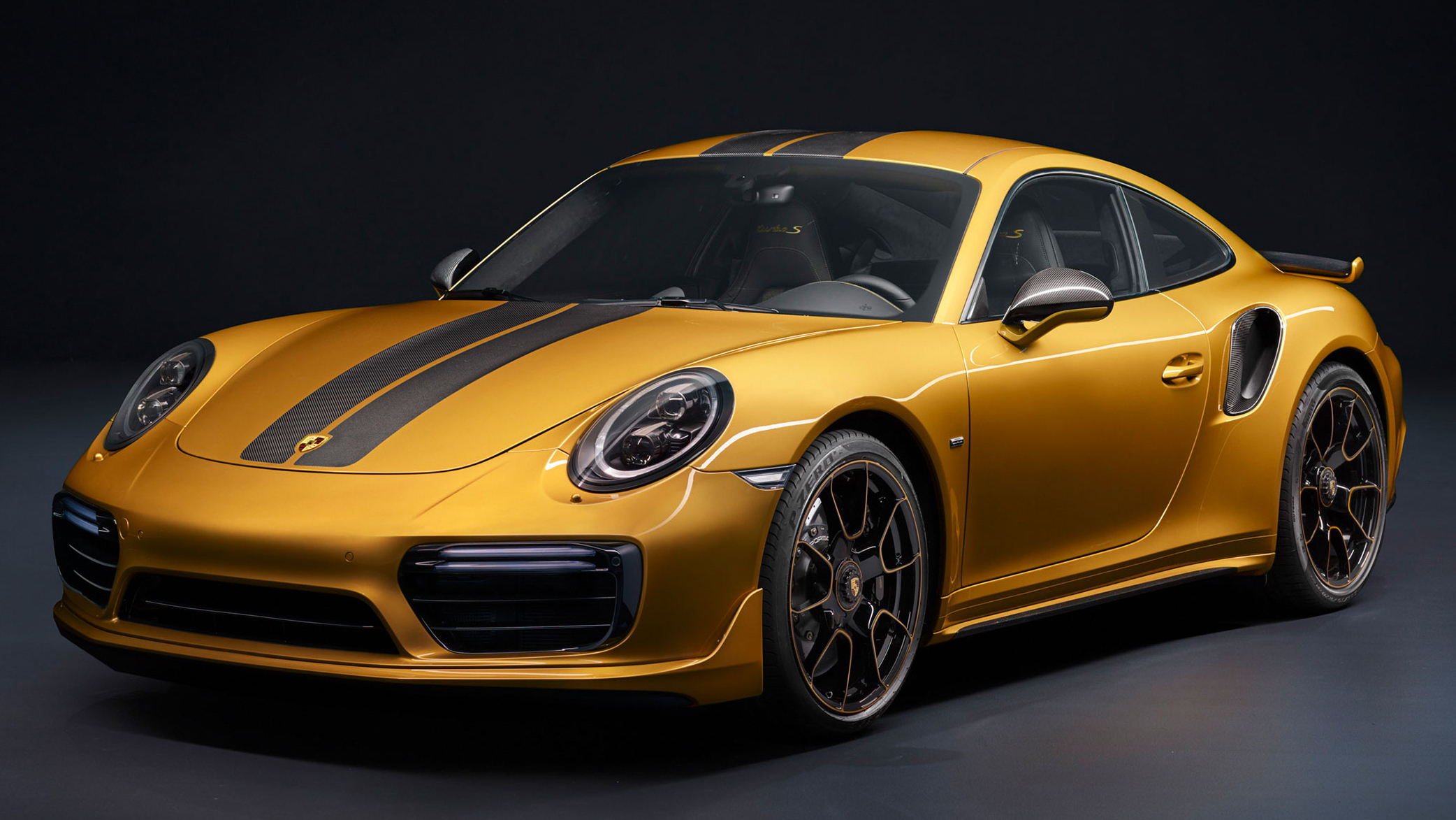 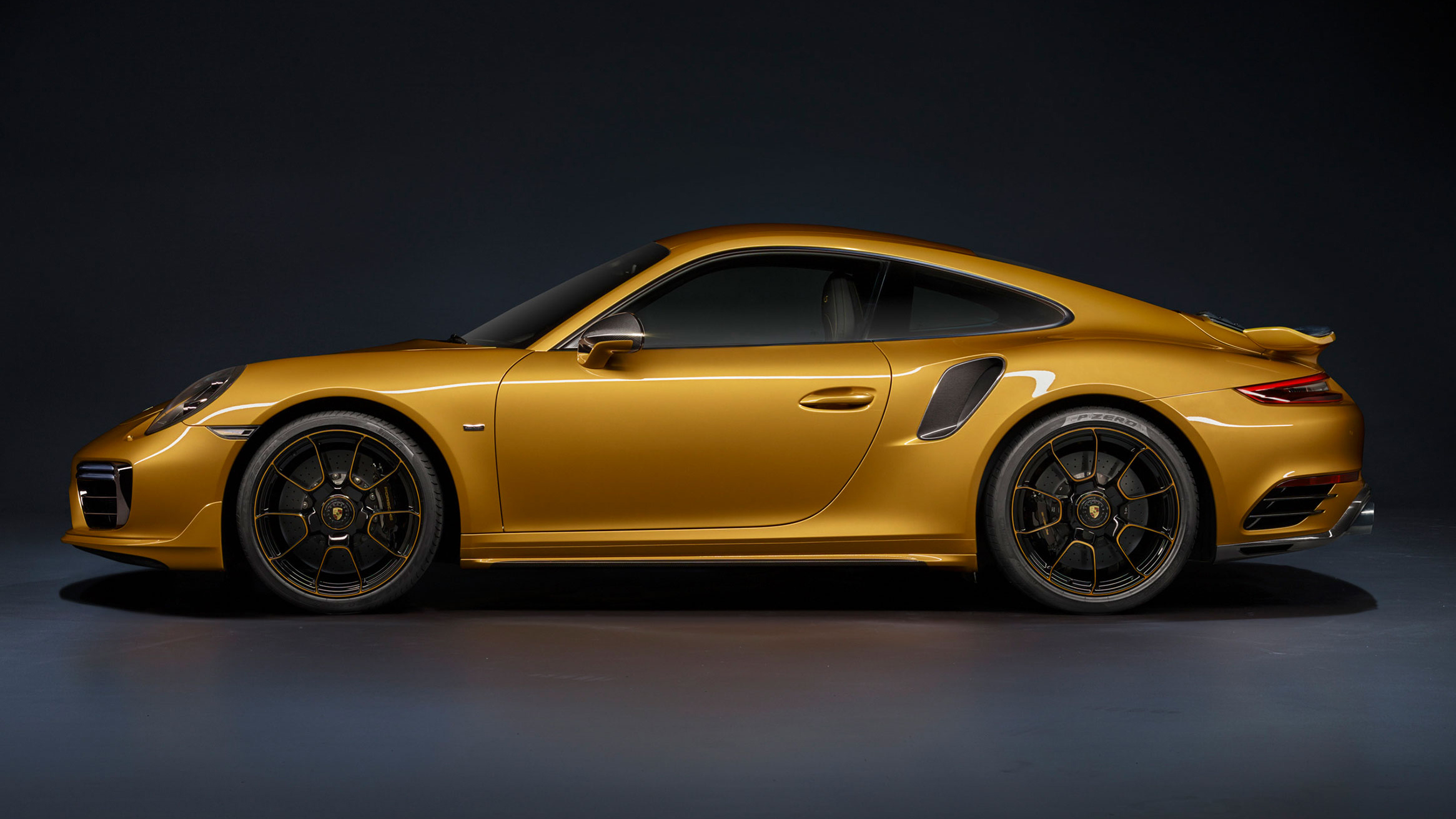 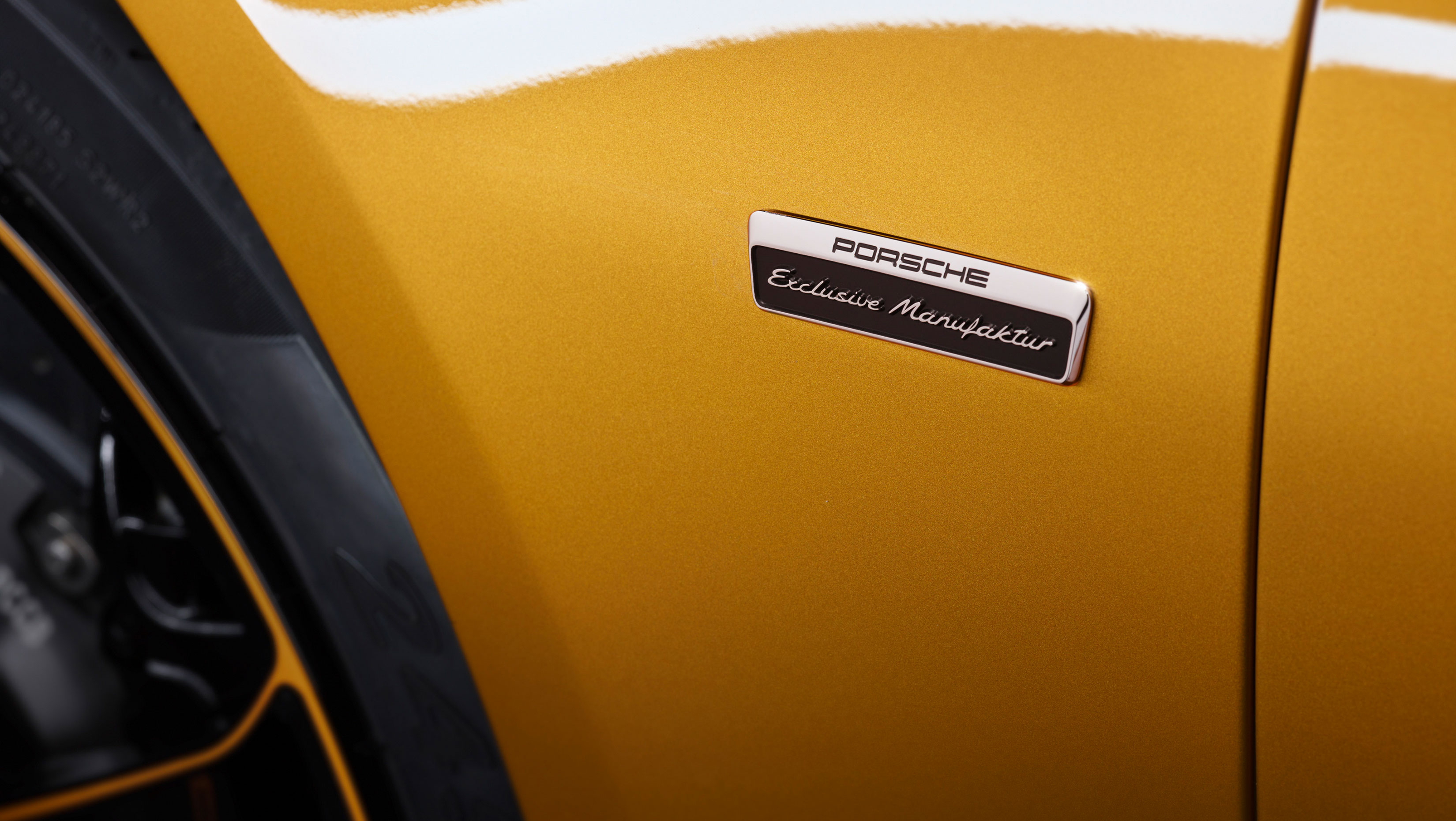 Porsche Exclusive is the in-house modifying scene for Stuttgart sports cars, happy to indulge your need for peach seatbelts and carbon fibre sun visors, if your taste and bulging purse demands such extravagance. Here’s what the Exclusive department can come up with if let loose on the 911 Turbo S. Meet the ‘Turbo S Exclusive Series’, of which 500 will be made. This'll satisfy your boost cravings until the GT2 RS arrives.

All cosmetic tart-upery? Not so. First off, there’s a power upgrade for the 3.8-litre bi-turbo flat-six, as if the 572bhp lunatic that lived in the back of an ordinary Turbo S needed any more potency. The Exclusive Series develops another 27bhp, which keens students of maths will have already totted up to 599bhp. Torque remains a vast 553lb ft, and none of this extra power makes a jot of difference to the claimed performance. Porsche’s still claiming 0-62mph in 2.9 seconds and 205mph. Given we’ve already timed the standard Turbo S doing the 0-60 dash in some 2.5 seconds, some typical Porsche modesty is likely at play here.

‘Typical Porsche modesty’ has not been lavished elsewhere on the Exclusive Series. They’re showing it off in ‘Golden Yellow Metallic’, for goodness sake, though you can spec any colour you’d like, with carbon fibre stripes inset into the bonnet, roof and engine cover. The Aerokit available on all 911 Turbo-kind features (spot the deeper front air dam and devil horn flicks bookending the rear wing), while there’s an entirely new design of 20-inch centrelock alloy wheel. Peer through the spokes and you’ll find carbon ceramic brakes, without the usual trademark yellow calipers. Here, they’re black, and carrying a lurid golden Porsche logo. Because Exclusive, of course.

If you’re spotting a theme of ‘lots of metallic gold’ and ‘carbon’, the interior spec won’t come as a surprise. Golden stitching traces across an all-black cabin that’s festooned in carbon trim. Alcantara headlining? 18-way electric seats with ‘Turbo S’ emblazoned on the headrests in thread? It’s all here.

Ubernerds of Porscheography will have also spotted round tailpipes instead of the usual trapezoids, carbon mirror cases and air intakes, and the option of a Porsche wristwatch and striped luggage to match their Exclusive 911. Be the envy of all your friends…though if your gold Porsche matches your timepiece, you may not have any.

This Turbo S has divided the TG office. Is this the world’s most sensible supercar coming out of its shell a tad, or a Mansory rip-off that deserves solitary confinement from the taste police? The casting vote is yours…