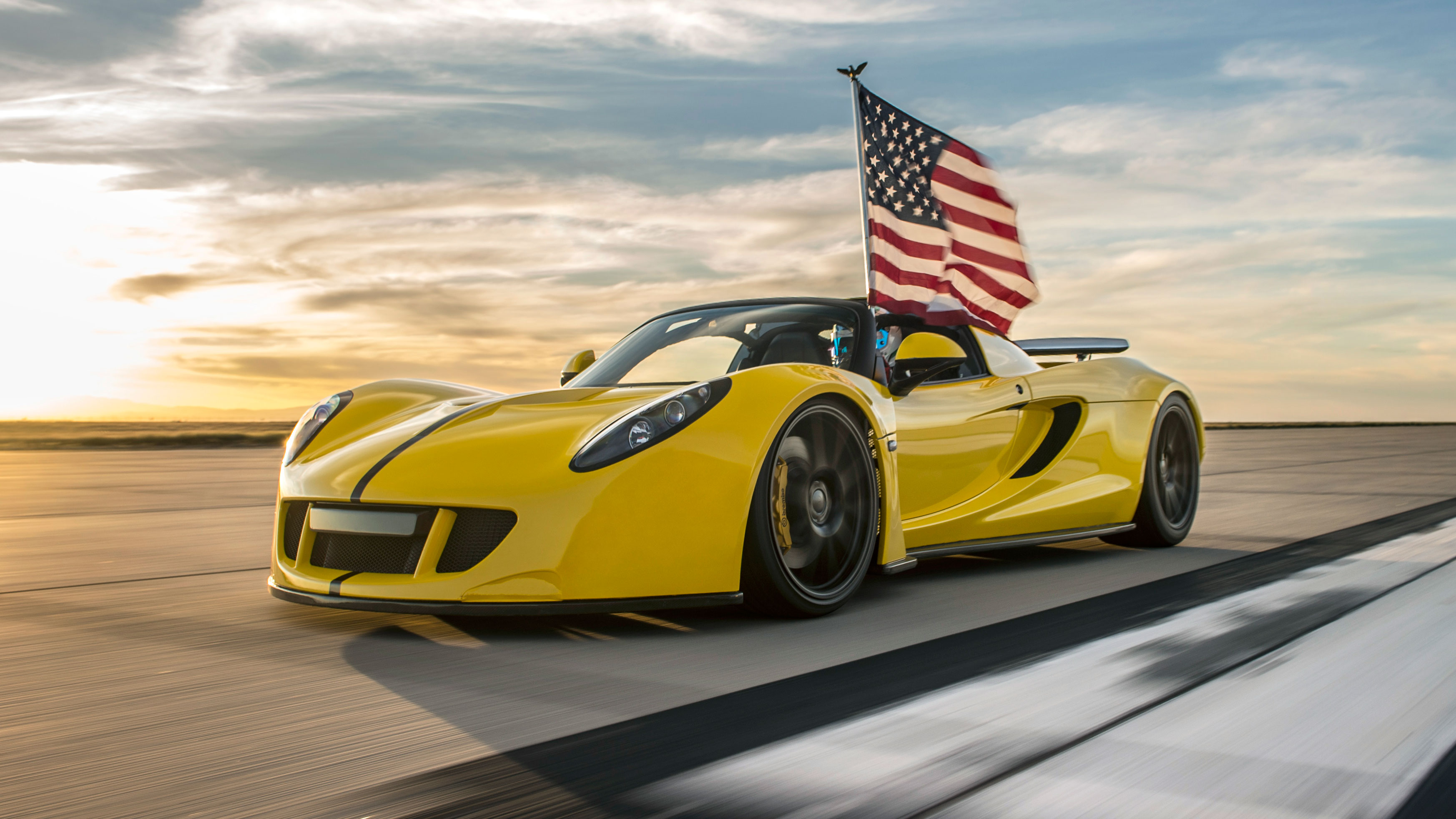 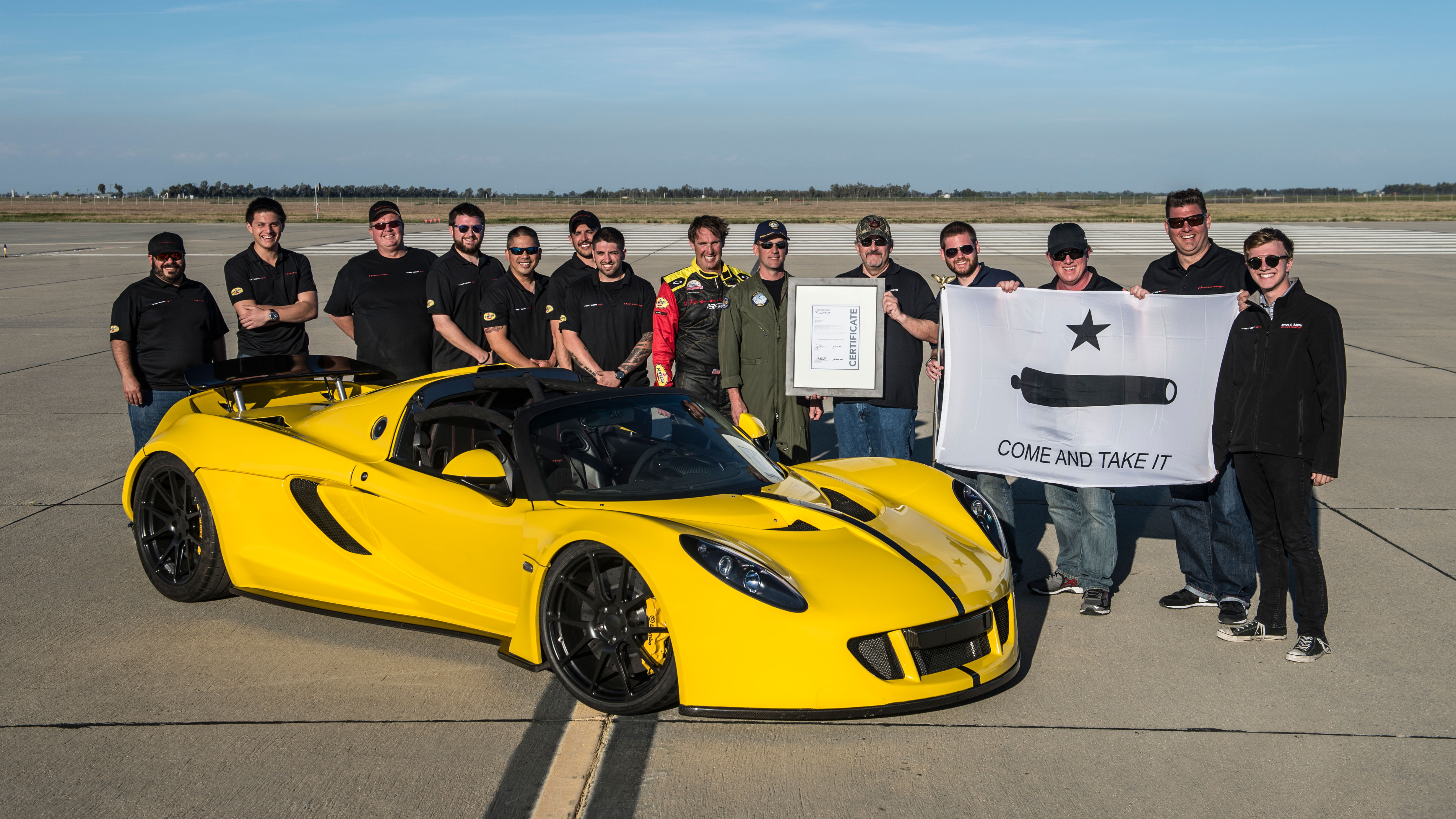 Ladies and gentlemen of the Internet, TopGear.com can exclusively reveal the fastest convertible in the world. It is a Hennessey Venom GT, and it has just hit a top speed of 265.6mph.

Yes, following Hennessey’s 2014 run in the Venom GT coupe (which managed a 270.4mph run) comes a feat to celebrate 25 years of Hennessey Performance.

Darren Fouts, Air Ops Officer at the base witnessed the event, with the record run certified by Racelogic’s tech director Jim Lau.

“I’ve wanted to test the top speed of our Venom GT Spyder even since our coupe ran 270.4mph on the Space Shuttle landing runway at NASA’s Kennedy Space Centre in 2014,” explains John Hennessey. “This was a great way to validate the technical excellence of our car which includes high-speed stability with an open roof.”

Ah yes, technical excellence. The GT Spyder boasts that monster 1,451 horsepower output, coupled to 1,287lb ft of torque, a 0-60mph time of under 2.4 seconds and the ability to hit 200mph from a standstill in under 13 seconds.

Hennessey will build three ‘World Record Edition’ Venom GT Spyders commemorating the run, each costing $1.3m plus tax. So a smidgen over £1million. If you miss out on one though, not to worry: he’s working on something even faster.

“We look forward to the next chapter of the Venom with the F5 as we keep making fast cars faster for the next 25 years,” he added.