Brabus's goodbye to the Merc G-Wagen has 700bhp

Merc's maddest tuner says ta-ra the only way it knows how: power and GOLD 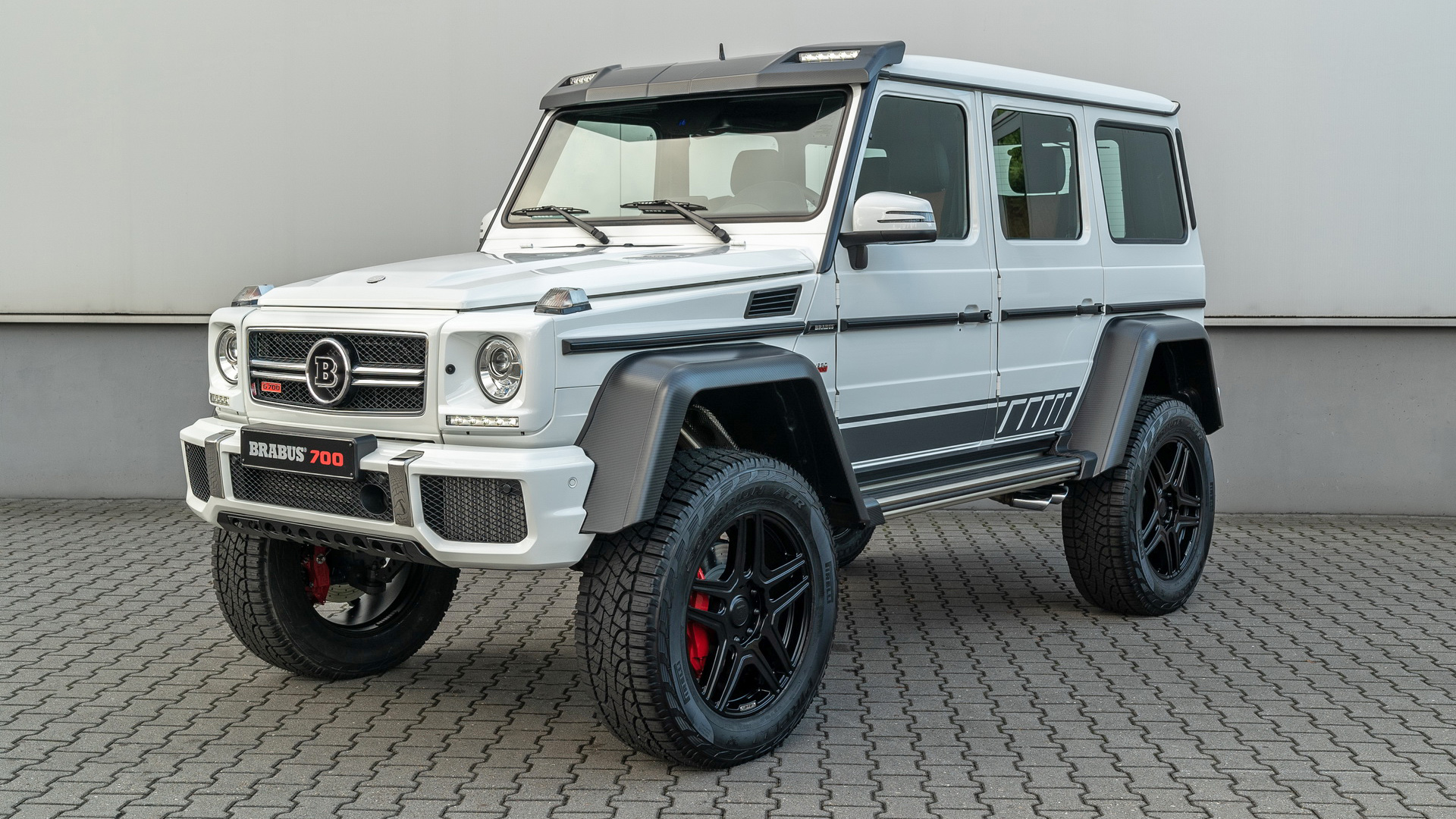 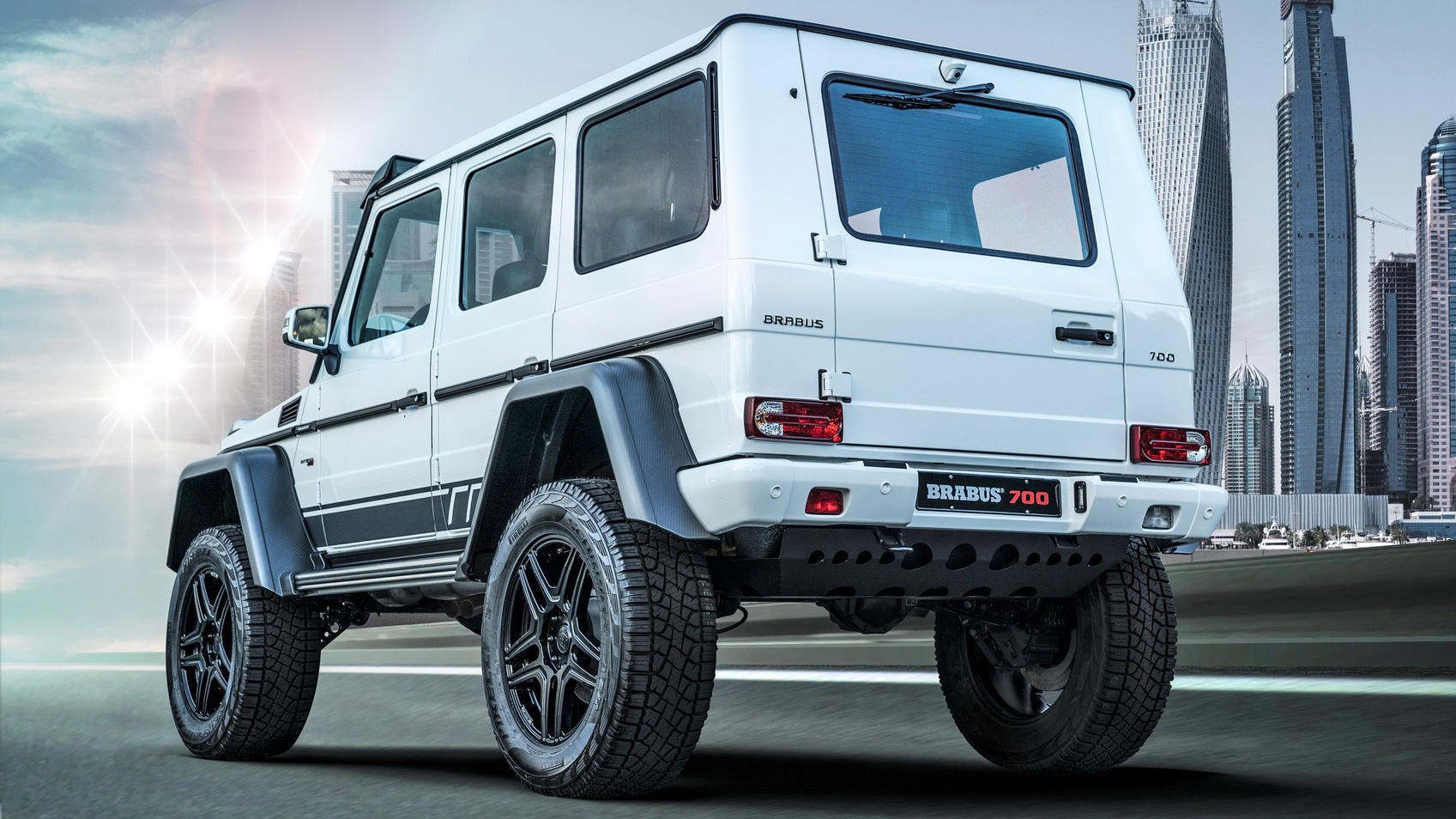 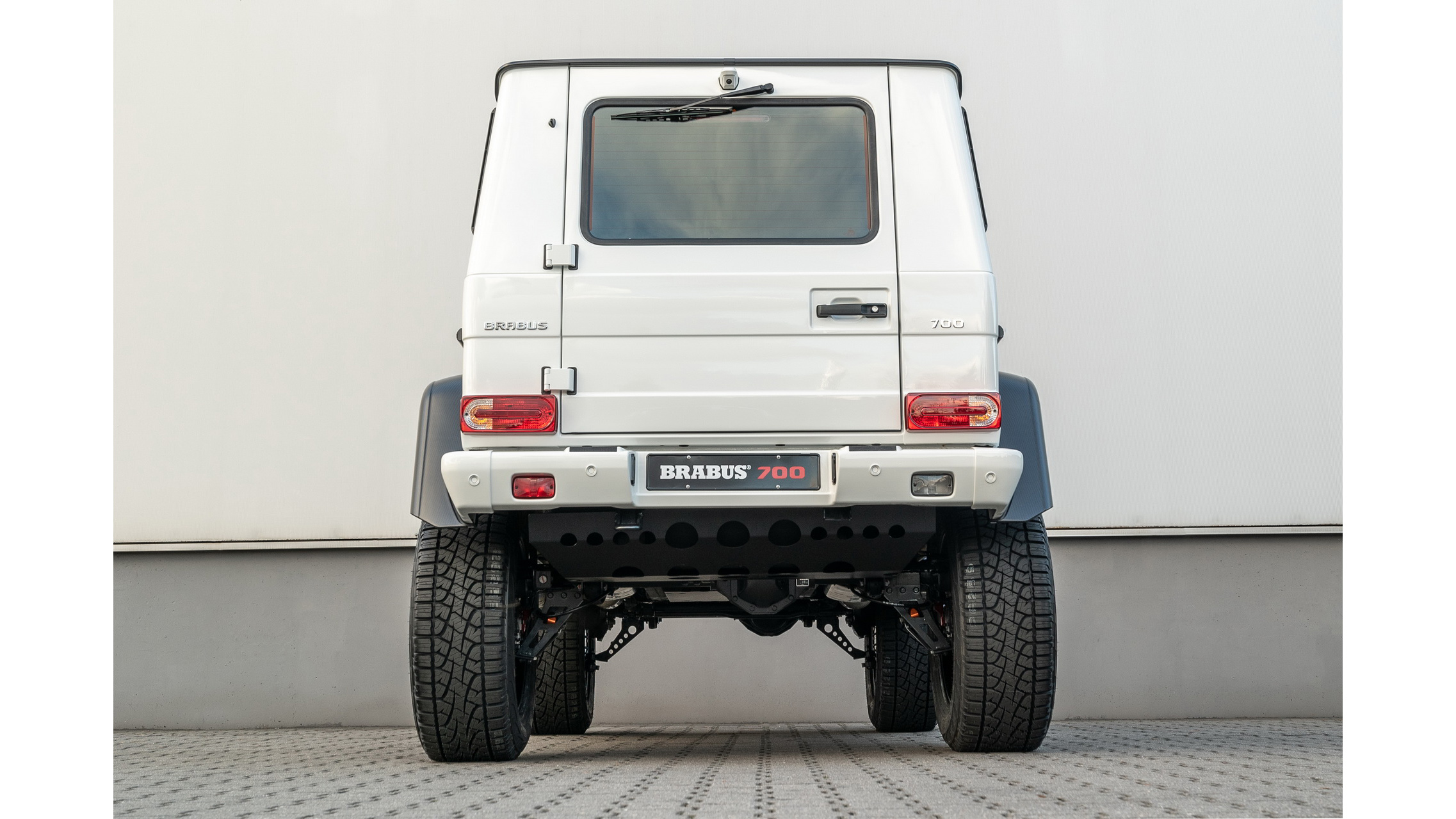 Saying goodbye is never easy, especially when it means waving off a car as venerable as the old Mercedes G-Wagen. Luckily Brabus has thought of a way of making it all a bit less tearful. Unless those tears are brought on by fear.

This is the Brabus 700 4x4 Squared One of Ten Final Edition, a name of admirable length given it barely even references the donor car involved. The keener-eyed among you will have spotted it’s the hiked-up, off-roadier Mercedes G500 4x4 Squared with more aggression and, being a Brabus production, a smidge more power.

‘A smidge’ in this case being almost 300bhp, given the G500’s stock 416bhp has risen to just shy of 700bhp. The torque figure is now a faintly alarming 708lb ft, more than most supercars you could dare name and surely quite a lot to put to good use when your centre of gravity is so high.

Mind, it’ll complete 0-62mph in five seconds dead, making it quicker than most hot hatches. The top speed has been limited to 130mph, though only because of the rating of its off-road tyres, according to Brabus. Nothing to do with just how terrifying it’d be to go any faster. No way.

An optional stainless steel exhaust should ensure any bystanders get good warning when the 5.5-litre V8 is being wound up, while the engine itself gets gold sheathing to help regulate its temperature. Naturally.

There’s also Brabus’s own adjustable suspension, able to yield even more ride height via some buttons on the dashboard. It has a Sport mode, too, though we doubt this is going to hunker down and take on nearby Lamborghini Uruses should you encounter any corners. If you do, best to just keep driving straight. This thing’s talents likely lie in climbing over things as opposed to going around them.

Want one? This swansong to the old-school G – limited to ten units, it’s safe to assume – will set you back 209,000 euros before options or tax. Something like £225,000 at current exchange rates. Which probably isn’t too bad when you consider a) 700bhp and b) GOLD. Brabus claims nearly 20mpg, too.

Mind, you could spend a mere £90k on another quite frantic 700bhp 4x4, Jeep’s similarly nuts Trackhawk. Or, if you’re shopping in this part of the market, you could just buy both…