Attack/departure angles excite you more than 0-62mph/top speed? Read on… 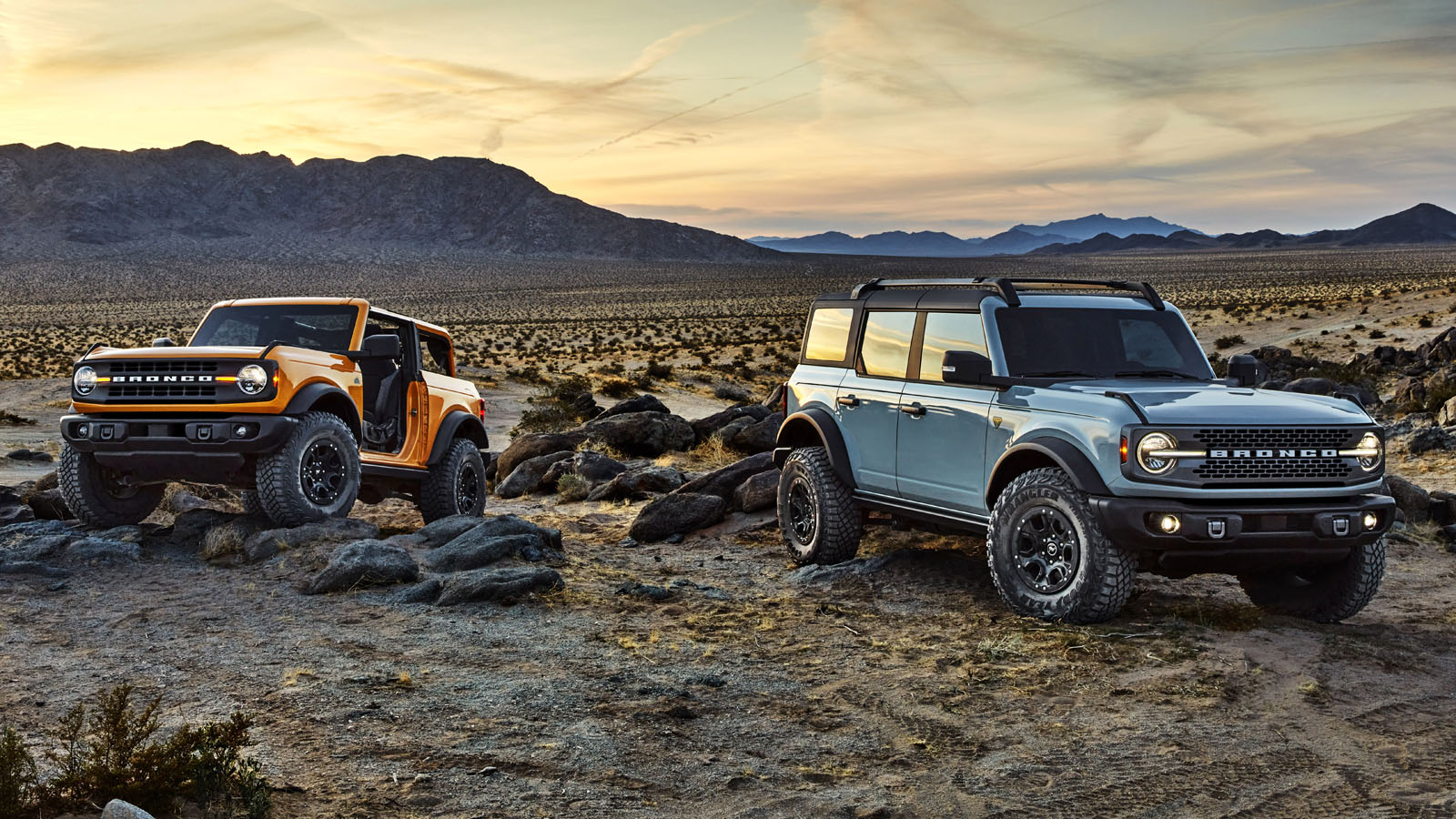 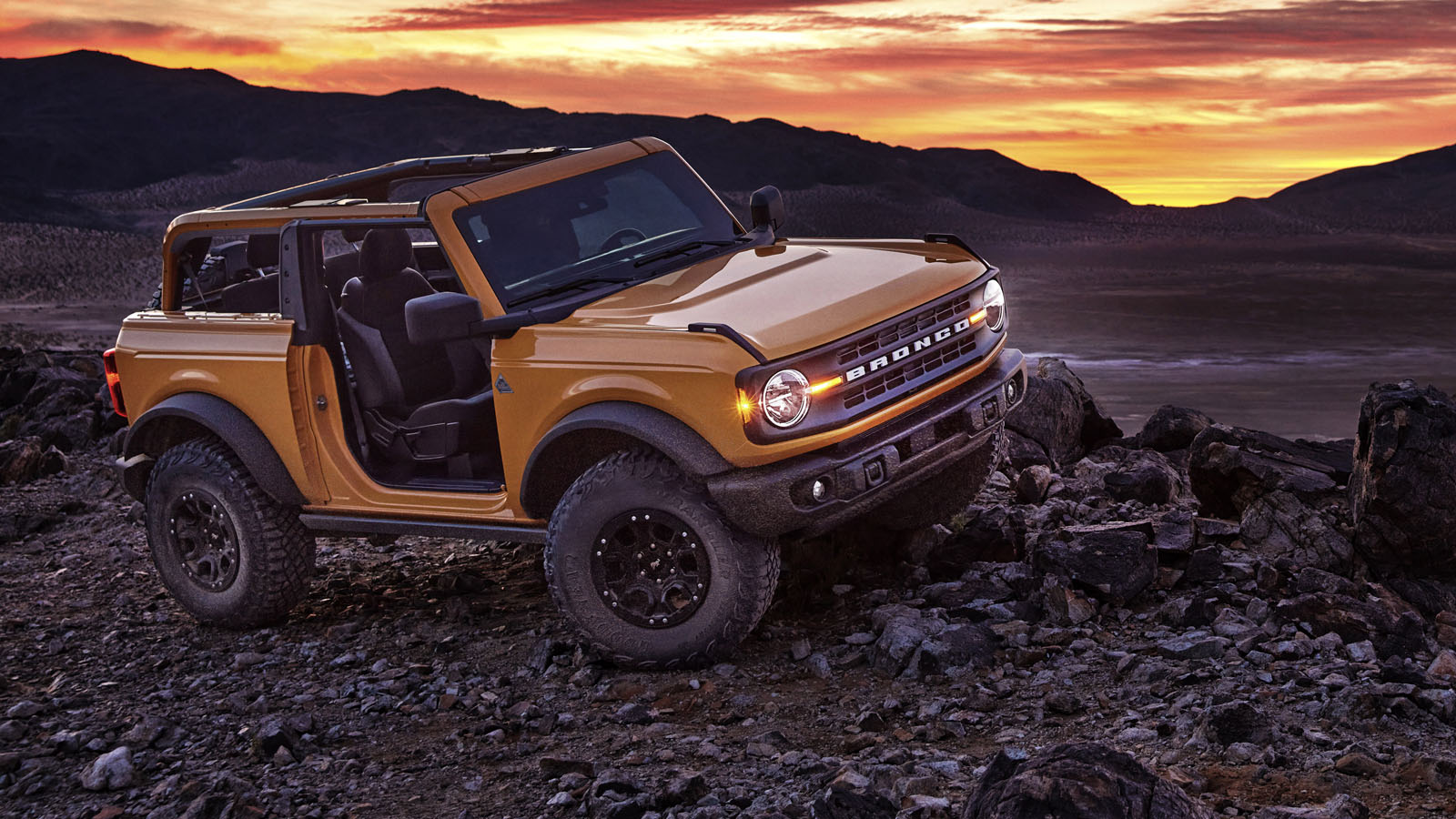 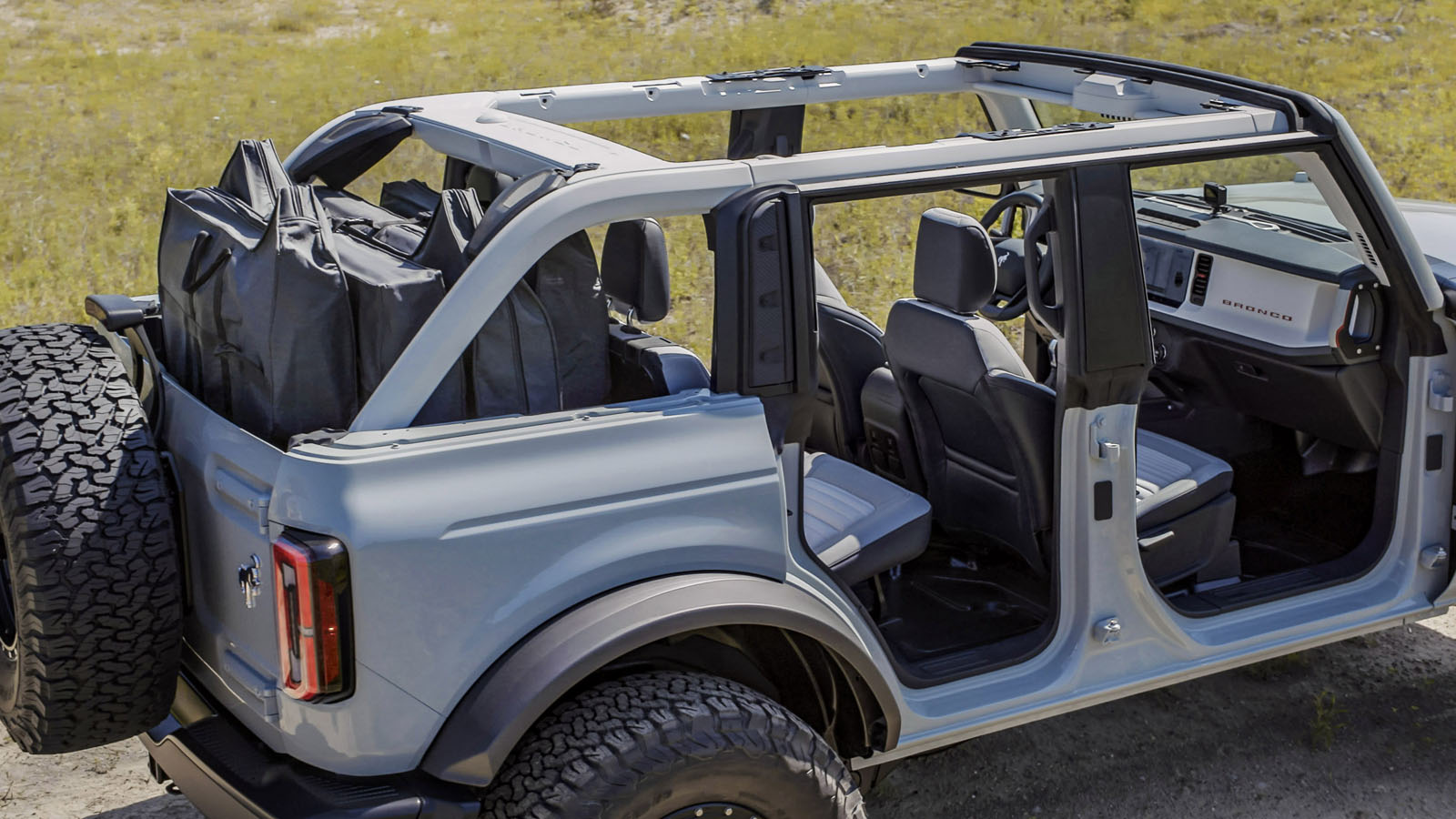 Ford really isn’t messing around. After a 24-year break, the Bronco is back, and it wants for nothing more than to bludgeon the Jeep Wrangler into a muddy submission. And on the strength of its spec, looks and price, it could well do just that.

Available with either two- or four-doors, the big Bronco (there’s a smaller Bronco Sport too. More on that in a bit) is based on the same platform as the Ford Ranger pick-up – a “fully boxed, high-strength steel chassis” that allows for 17 per cent more suspension travel than “the closest competitor”.

As for engines, you get the choice of a four-cylinder with 270bhp and 310lb ft, or a 2.7-litre V6 with 310bhp and 400lb ft. Both turbocharged, both petrol, both with ten-speed automatic transmissions. Though the four-cylinder gets the option of a clever seven-speed manual – six regular ratios plus a crawler gear for the really serious stuff.

0-62mph? Top speed? Not important. We’ve got some more Bronco-y numbers for you – Ford promises 11.6-inches (295mm) of ground clearance, breakover and departure angles of 29 and 37.2 degrees and a 33.5-inch (851mm) wading depth. Independent front suspension (an optional semi-active front stabiliser bar disconnects for better axle articulation) is backed-up with a five-link solid axle at the rear. 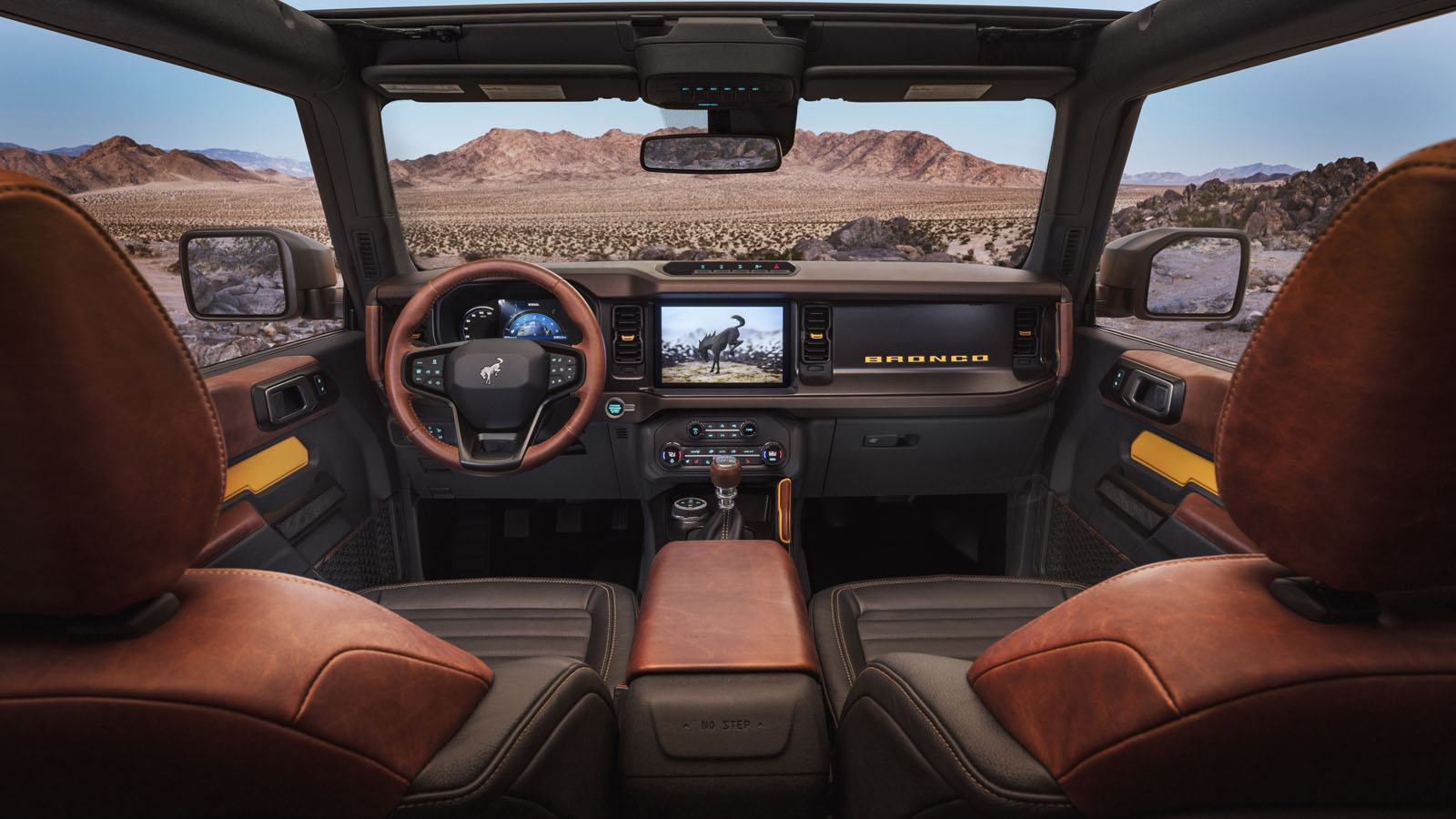 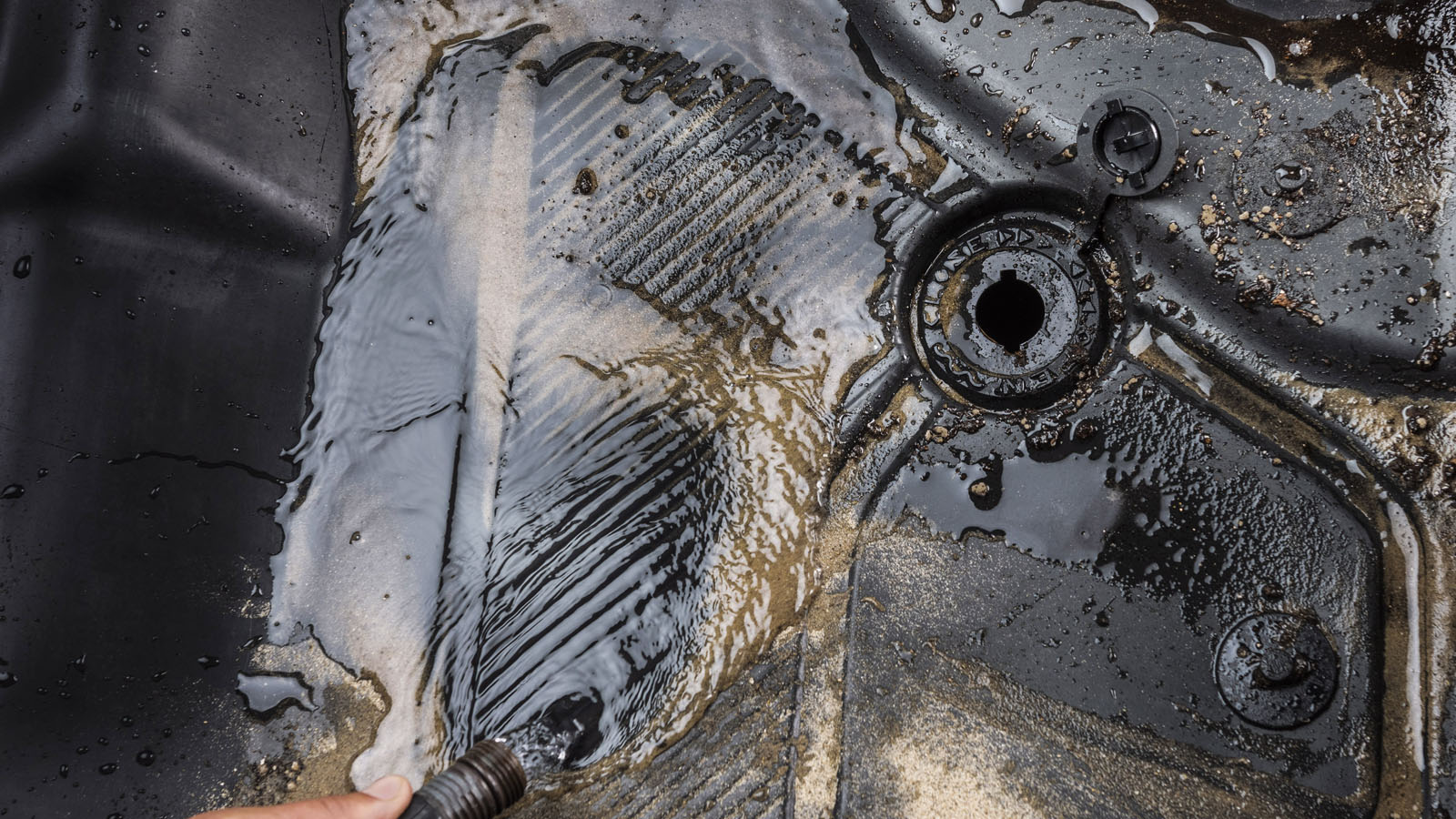 You can get 35-inch tyres and beadlock wheels (FROM THE FACTORY), plus heaps more serious off-road tech like long-travel, position-sensitive Bilstein dampers and Spicer electronic locking differentials. High-spec Broncos get steel shields to protect the engine, transmission, transfer case and fuel tank from harm, and you can have heavy-duty steel bumpers with space for an integrated winch, plus “rock rails” strong enough to support the 4x4’s entire weight.

There are up to seven drive modes – including Sand/Baja, Mud/Ruts and Rock Crawl. ”Trail Control” is effectively low-speed cruise control, while “Trail Turn Assist” uses torque vectoring to tighten the Bronco’s turning radius by overspeeding the outside wheel. Meanwhile the sat-nav gives access to topographical trail maps.

That’s it for the tech (there’s lots more we haven’t mentioned…), now onto the design. Unsurprisingly Ford has gone down the retro-route. Indeed, design work started with a 3D scan of the first-gen Bronco “that served to influence the proportions and design” of the new one. We think it looks superb.

Two-door Broncos get a roof that can be removed in three sections, while four-door models have four removable sections and an optional soft-top. All Broncos get removable frameless doors, plus slights on the front wings that can also serve as tie-downs.

Inside – which we guess if you’ve taken the roof and doors off isn’t really inside at all – materials are tough and hard-wearing. Some models get hose-down interiors with marine-grade vinyl seats and drain plugs. The screen is up to 12-inches across and runs Ford’s latest SYNC4 infotainment system, plus there’s a mounting point on top of the dash for a “bring-your-own-device rack” for phones, GoPros etc.

There are seven different Bronco specs on offer – all of which look excellent – plus loads of options (get the Sasquatch Package, trust us) and some 200 accessories you can get from your dealer (light bars, those doors with holes in and so-on).

Prices start at $29,995 for the two-door – the equivalent of around £23,700. Likelihood of it coming to the UK in right-hand drive? Slim to non-existent, which is just awful news. But hey, you could always buy one and stick it on a boat to Blighty. We’re tempted. Americans can reserve one now for $100 at Ford’s website.

Would it tempt you out of a Wrangler? Or even a Land Rover Defender? Comment below. 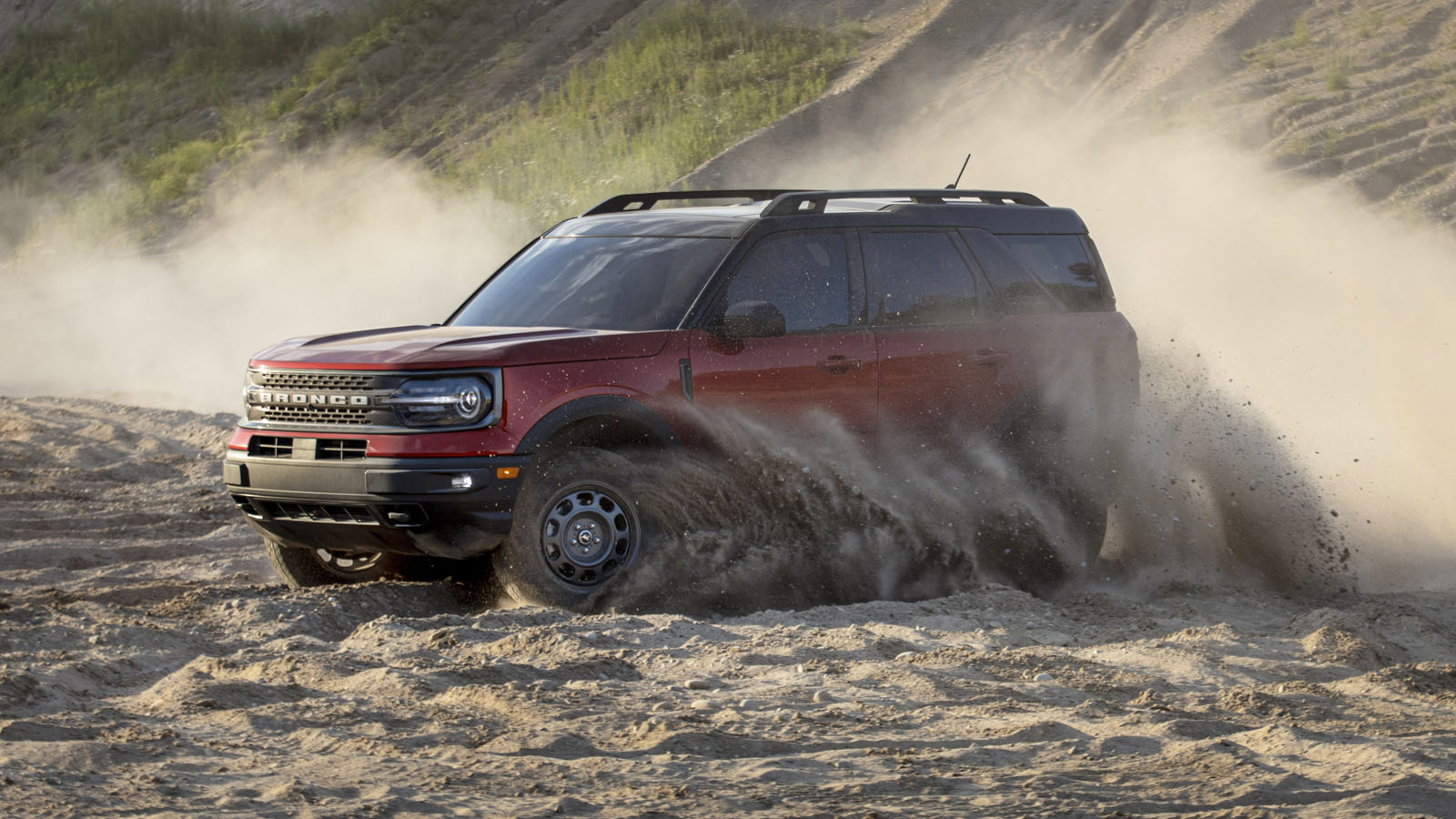 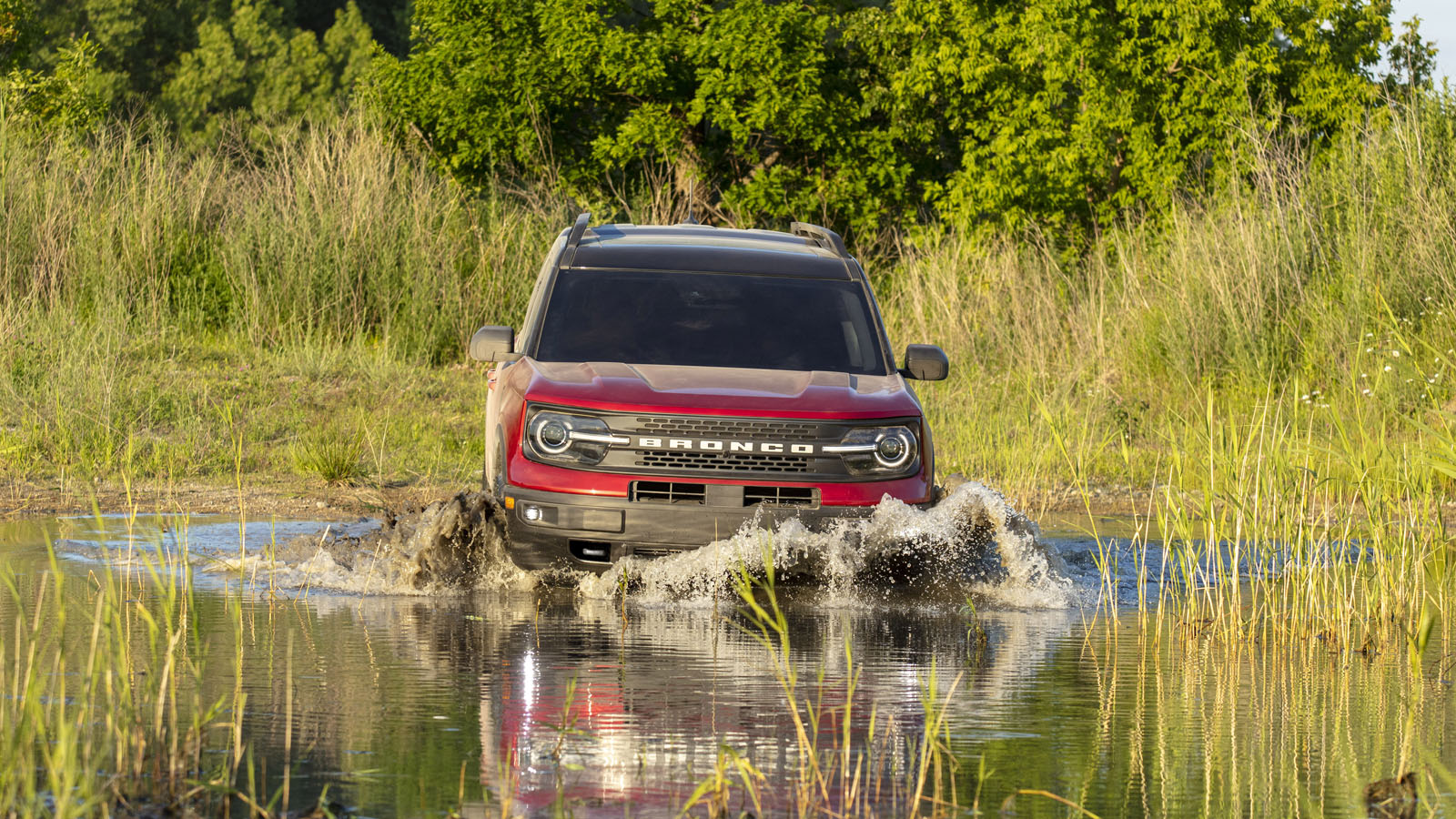 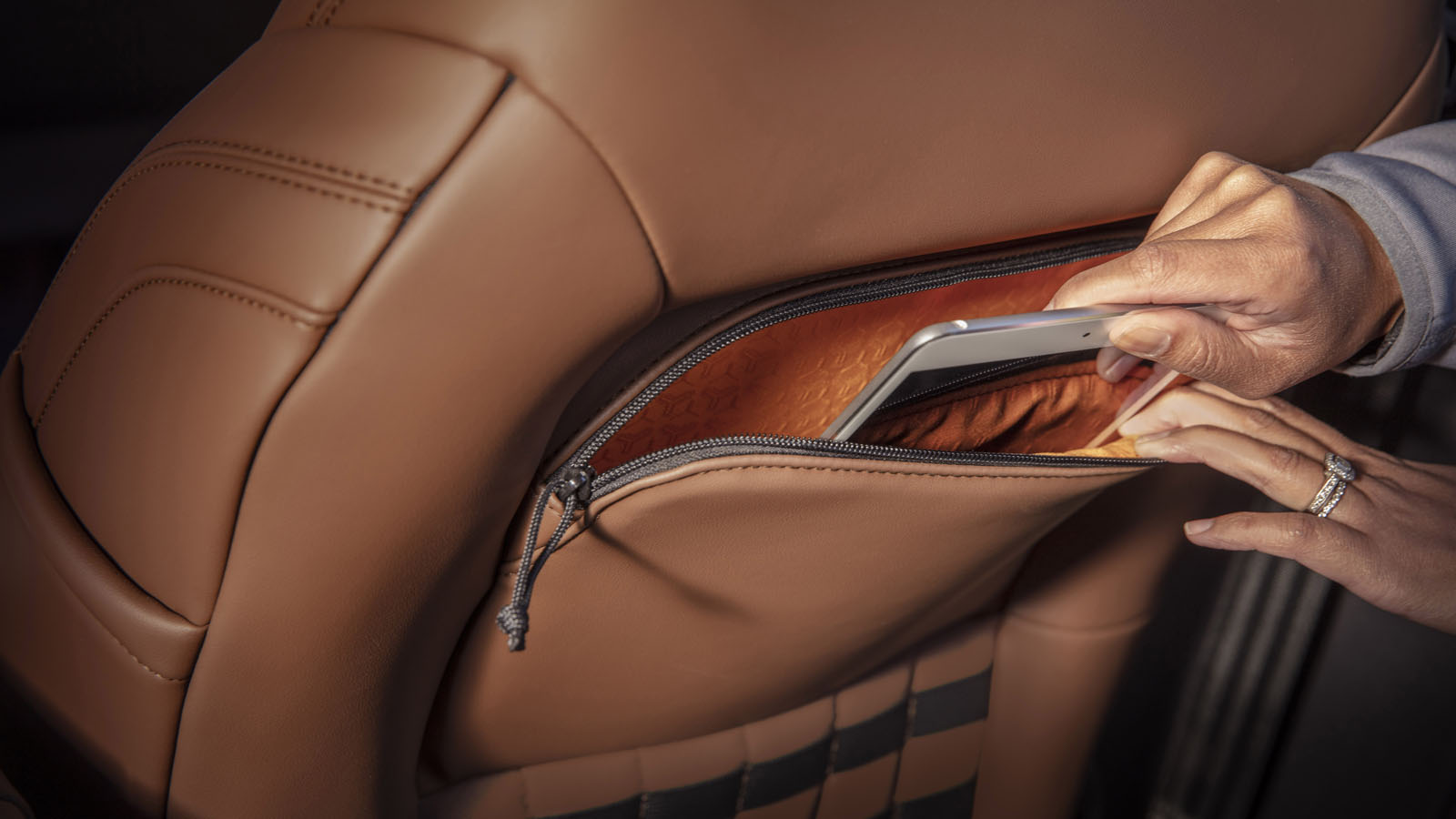 The Bronco Sport is not a Bronco. It’s a Ford Kuga/Focus with a Bronco-inspired body, so it’s much smaller. But nonetheless Ford claims it’ll be good off-road, with standard all-wheel drive, the big Bronco’s Terrain Management system and electronics and serious suspension (hydraulic rebound stops, 46mm-diameter monotube rear shocks). It can even wade through 600mm of water – which isn’t bad at all for an SUV of this size/type. Looks like a pretty useful bit of kit, to us. Shame that, like the big Bronco, it probably isn't coming to the UK.