A Hyundai is the first car to cross the Antarctic 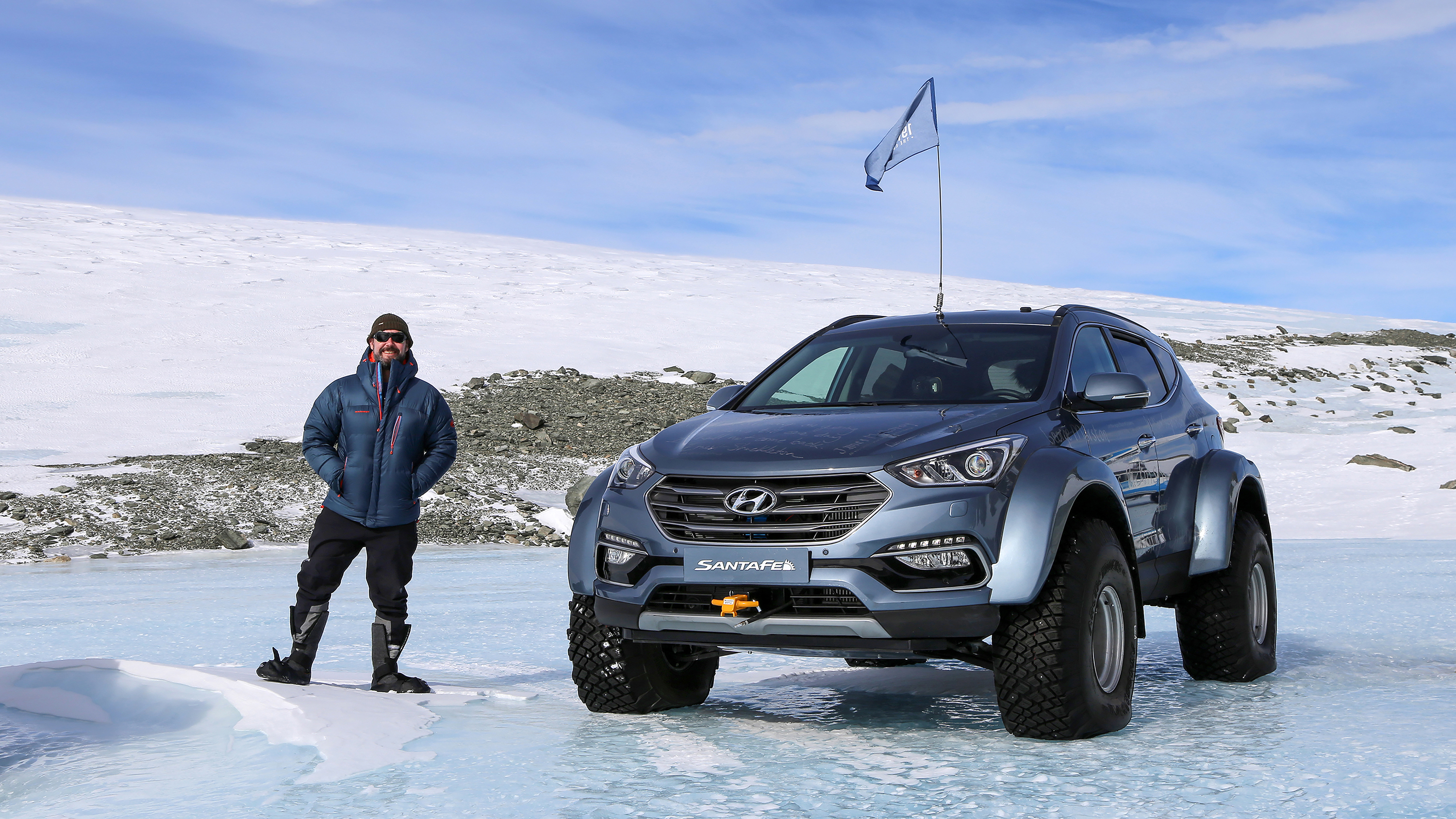 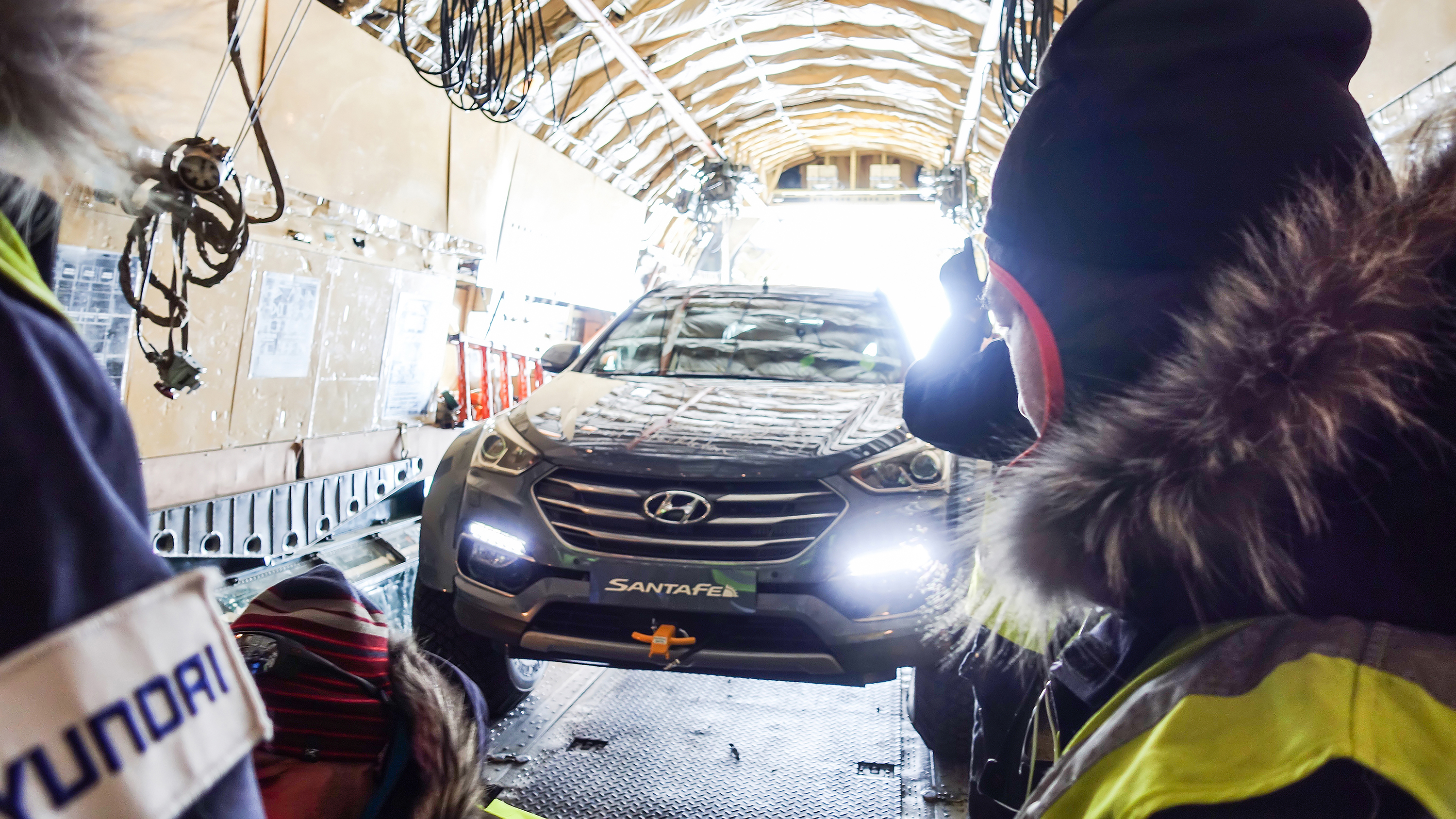 Try imagining a car journey that's so hard it takes 100 years. A Hyundai Santa Fe has just crossed the Antarctic continent and back, a 360-mile epic that passes the South Pole both ways. This completed the expedition abandoned by Sir Ernest Shackleton in 1916.

Shackleton's trip made such a historical mark because of his heroism in pulling off one of history's great rescues. This time around, the Hyundai was driven by Shackleton's great-grandson, Patrick Bergel. A touching resonance.

The Hyundai is the first passenger vehicle to make the crossing. In fact, before this expedition, no-one had done the full traverse rather than reaching the pole from one side of the continent or the other. 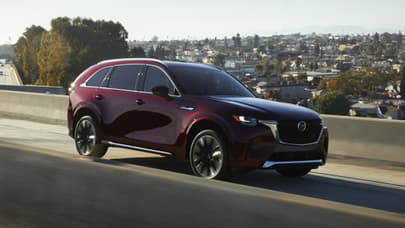 This is the all-new eight-seat Mazda CX-90 SUV

Shackleton had made early attempts to get to the pole. But Roald Amundsen beat him to it in 1911. So did RF Scott, who got there a month later and perished returning. So in 1914, Shackleton planned a crossing of the continent, sending another ship, the Aurora, to McMurdo Sound on the Australian side of the continent, to lay supplies and collect the crossing party.

The expedition foundered because his own ship, the Endurance, was trapped in ice on the South American side before they landed. The following spring the moving ice crushed its hull. That apparently sank their only way home.

Shackleton was having none of that. He and five others took to the vicious ocean in a lifeboat, a ridiculously tiny 6-metre open sailboat, and set off on the 720-mile voyage to South Georgia to get help. On the way they rode out a hurricane. There they borrowed a bigger boat, heading back off to Antarctica and saving the whole Endurance party. That was August 1916, a year and a half after they'd first been bound in the ice.

I needed to be confident in those working on the car. Antarctica wants to kill you

Someone senior in Hyundai liked the story, and wondered if one of their SUVs could make it through the crossing. Very sensibly, they realised it'd be a lamb to the slaughter if left unmodified. Even more sensibly they got Top Gear's old friends at Arctic Trucks to do the fit-out.

Once they'd got their plan in place, they approached Bergel (Shackleton's great-grandson, don’t forget) to join in. "I was excited to be asked," he told Top Gear. "I'd grown up with Shackleton's diaries, and the original expedition photos on my wall. But I needed to be confident - they had to be competent people. Antarctica wants to kill you.

"Once they told me Arctic Trucks and ALE, the logistics people, were involved I knew it was a serious proposition."

Bergel isn't an explorer. "I never let Shackleton weigh on me. I don't want to live vicariously," he told me. He's a technologist and creative entrepreneur. He invented the app ‘Chirp!’, which shares data – skirting the need for wifi or networks or bluetooth – by simply using sound. He's since gone on to many other projects. "I guess, in common with the big man, I have a keen interest in destiny control."

The Santa Fe's body is engraved with the the signatures and good-luck messages of the descendants of several more of the Endurance crew. People who would never have been born were it not for the rescue. 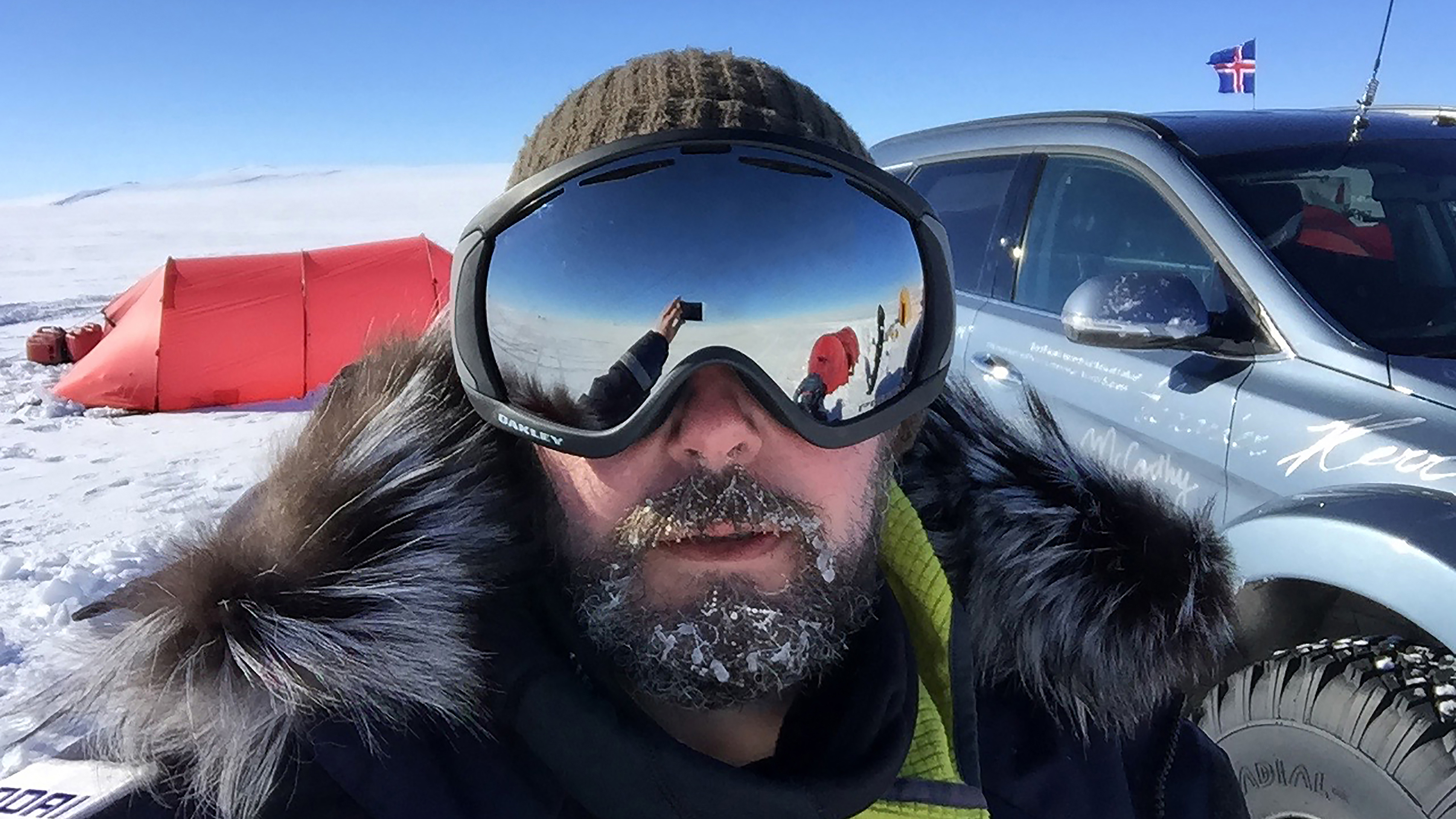 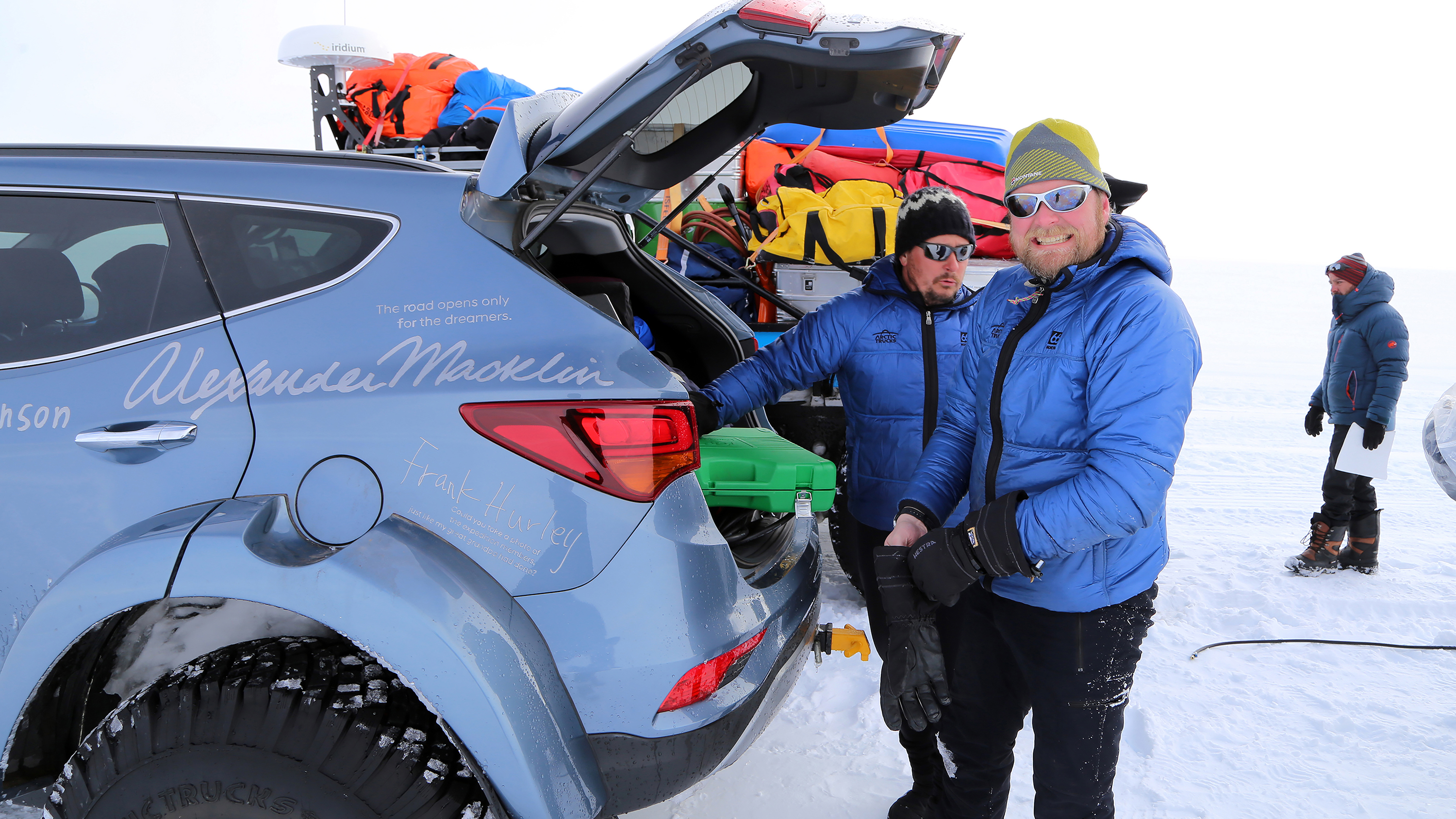 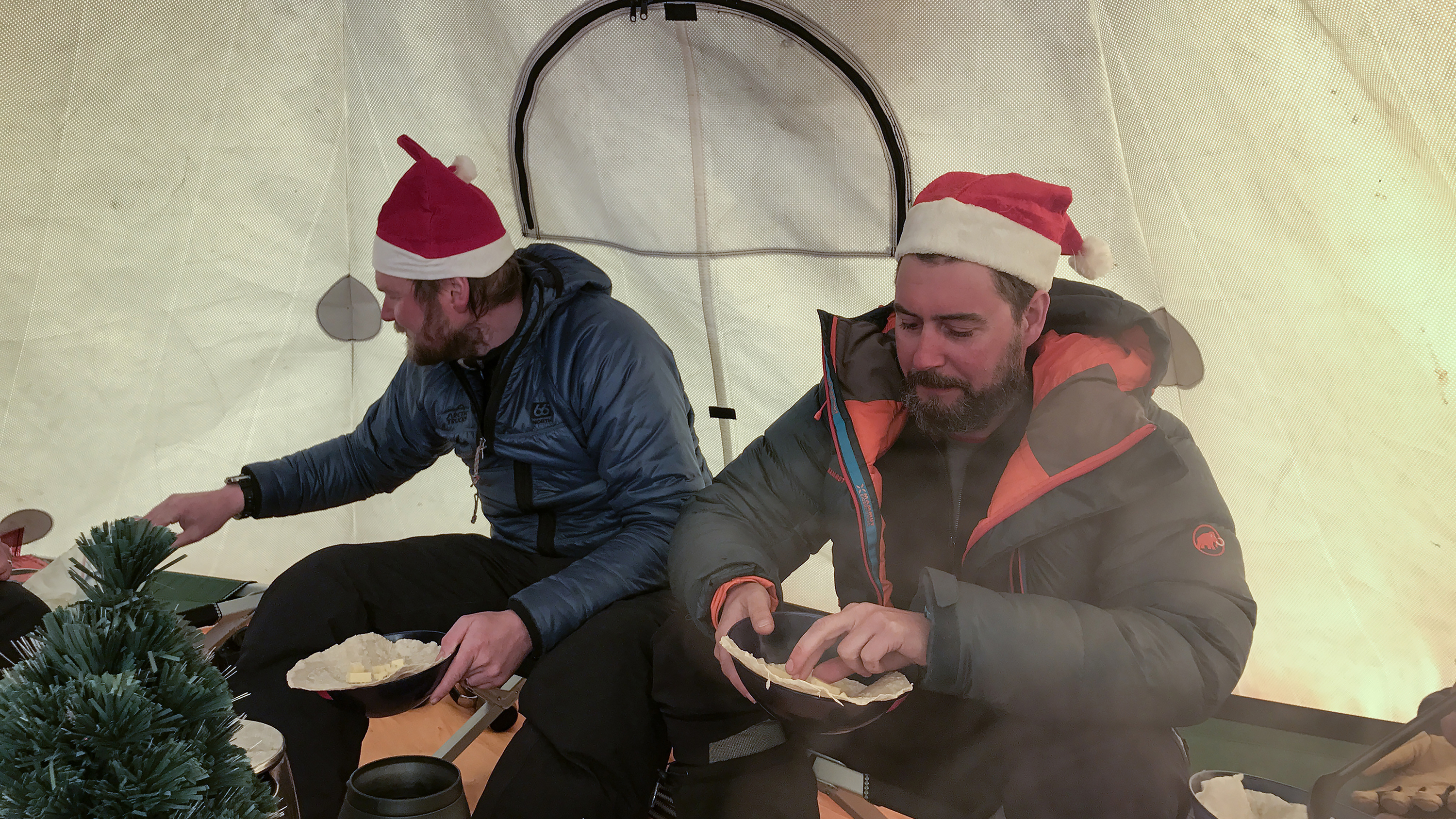 For its crazy-ambitious journey, the Santa Fe was left with its standard engine, a 2.2 diesel, albeit with an extra block heater. Diesels will, conveniently, run on the only fuel available in those parts, jet A-1. There's a giant tank of the stuff, with a spare tyre, right where you'd find the back seat in your local dealer's Santa Fe.

Talking of tyres, AT fitted colossal flotation balloons, running with portal reduction hubs, and new suspension arms with suitably supersized Fox shocks. But the regular transmission was left in place.

It ran with back-up trucks from AT, but in the end needed no help. It was never towed, and stopped only for one 45-minute repair. To tighten a loose bolt.

It wasn't all driving on deep snow – in fact annual snowfall there is very low, so it's a kind of ice-sand. They also had planes of blue ice, pillows of granular ice, and some amazing wind-sculpted ice projections to negotiate. Plus a significant range of 3000m mountains. Some days the wind put them in white-out. "I'd wake up in the morning, freezing cold, and think about driving into 15 hours of nothingness…"

And there was real danger. "There's an area where the crevasses are so big and so old they have their own names. If you're going to have a major incident it's there. We roped the vehicles together."

Sure enough one of the support trucks did nearly go down, but they hauled it back. Shackleton once lost a pony that way – he noted it might have gone down 1,500 feet. That's 500m to you young people.

I'd wake up in the morning, freezing cold, and think about driving into 15 hours of nothingness…

Even so Antarctica cast a spell. "I'd love to go back. It was a happy expedition. We all got on well, forced together in this crazy situation. You're always looking into peoples' eyes, checking their movements, making sure they've spoken recently, just to be sure they're okay. And checking their noses for signs of frostbite.

"Bits of the continent are insanely beautiful. We saw the Transantarctic Mountains, which only a few people do. And no-one has even been across. We did something no-one else has done. It wasn't just a re-creation."

At the far point, they visited the hut, still standing, erected by Scott as the departure point for his fatal trip, and later used by Shackleton's supporting Aurora crew. It sounds an impossibly poignant moment.

Even so, he says, "I’m very reluctant to make direct comparisons. What we did was one thousandth as hard as what they did."

Then, almost as an afterthought, Bergel mentions that Shackleton did at one point consider using motor vehicles for his expedition. If something suitable had been available in 1914, you've got to wonder how history might have gone.