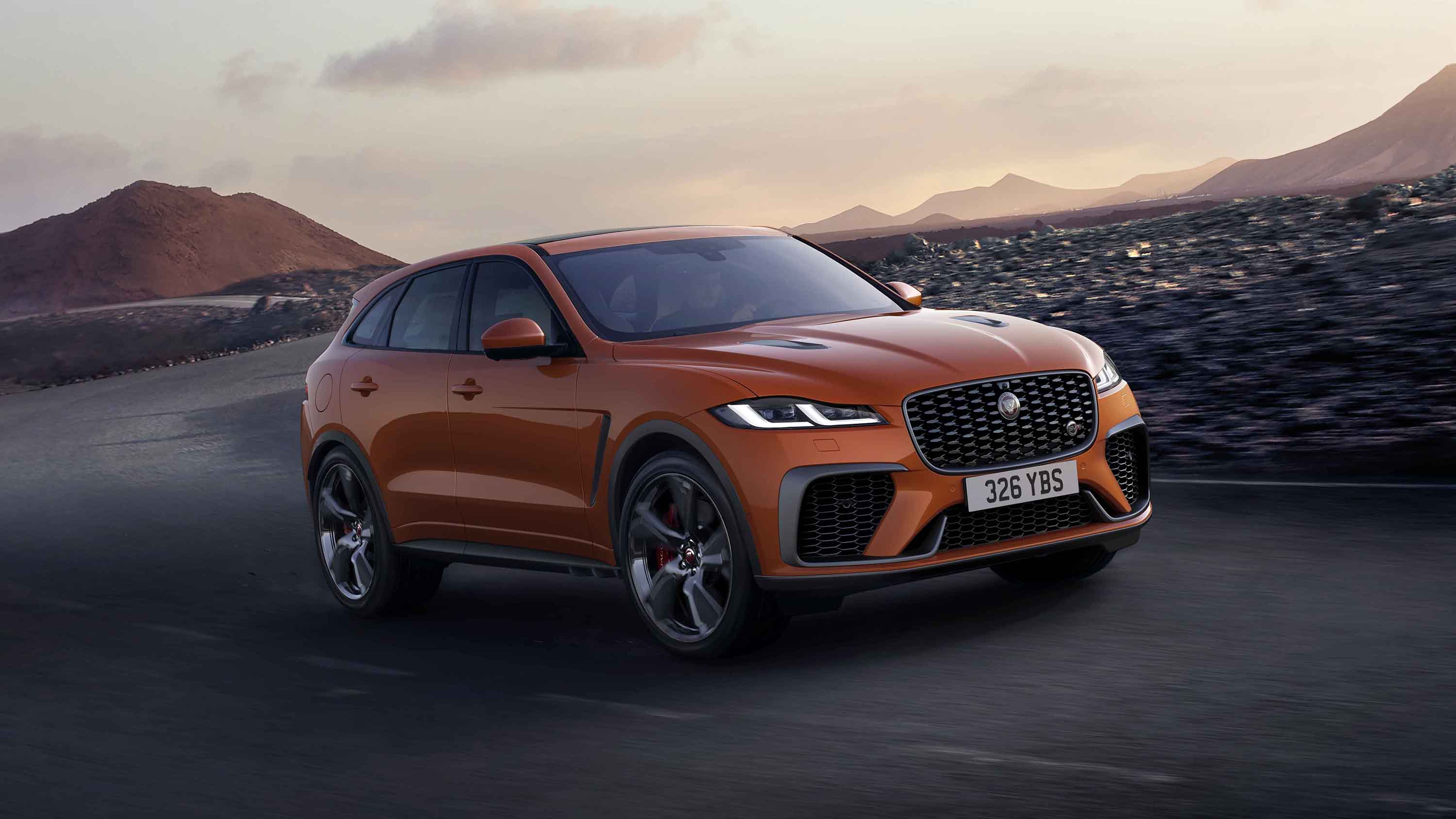 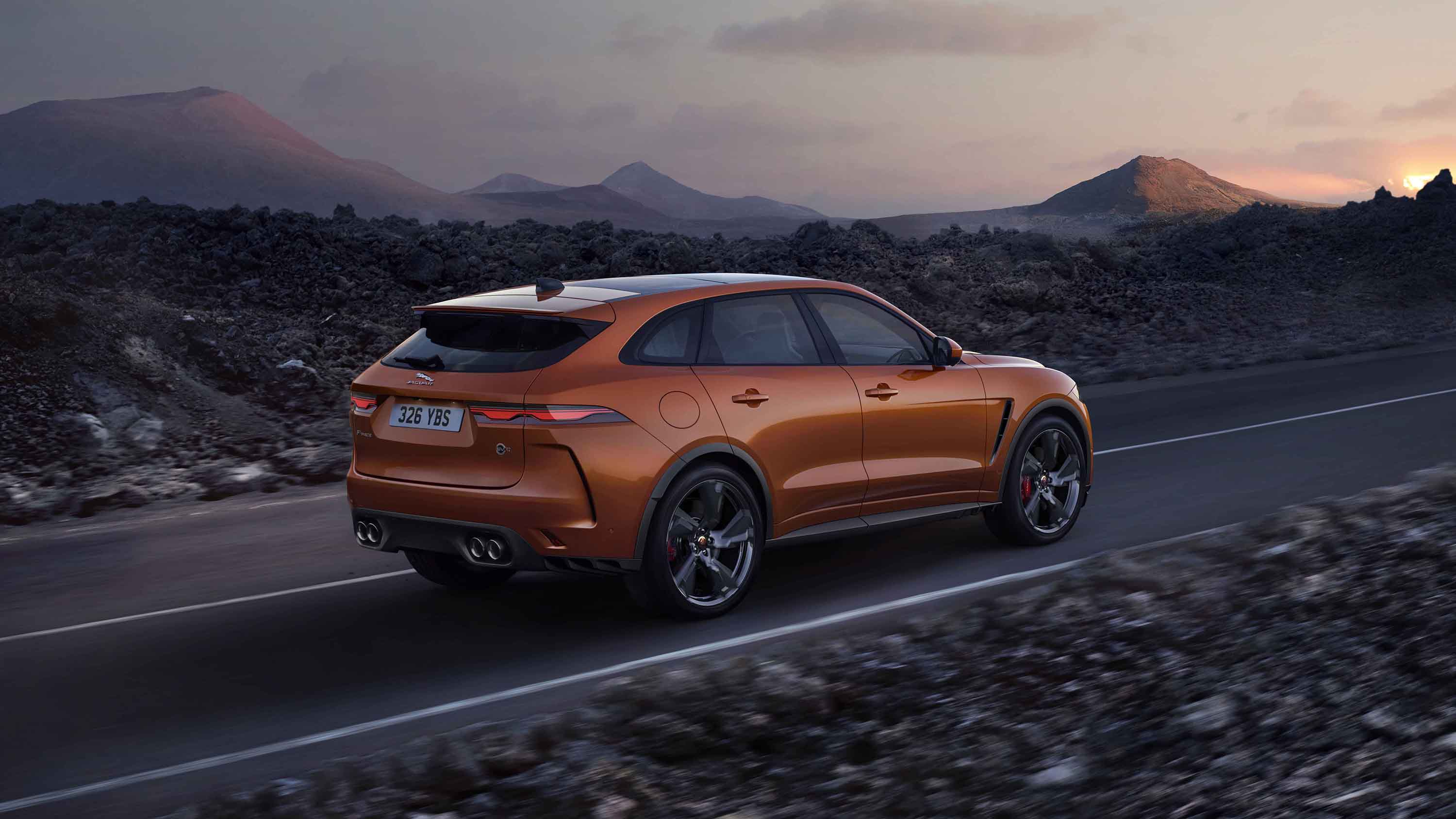 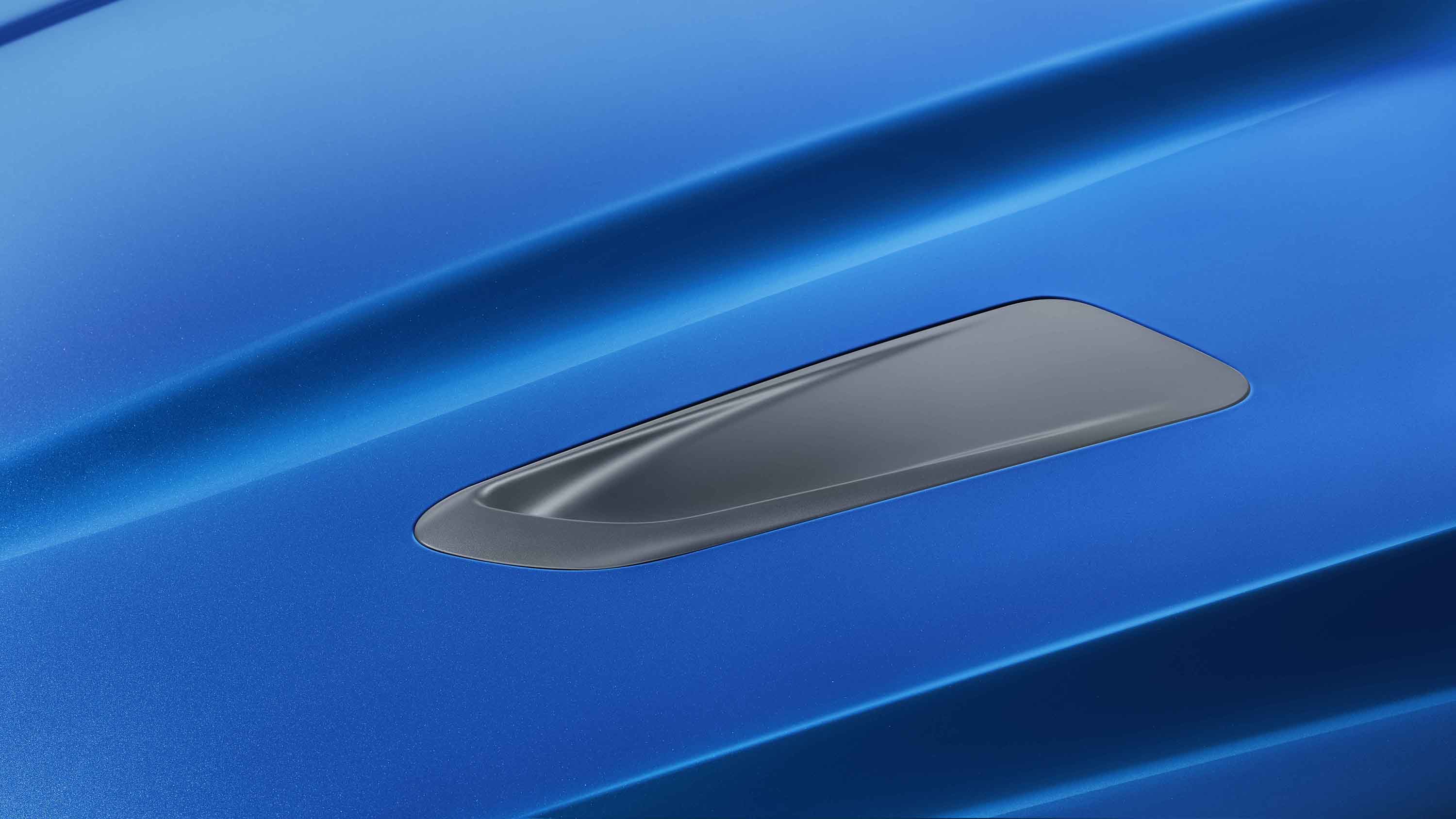 Meet the new Jaguar F-Pace SVR, precisely 2mph faster than the old one. Which - in fairness - is something none of its rivals from Audi, BMW or Mercedes-AMG can claim, so rigidly stuck to their 155mph limiters without a pricey options pack added.

It’s a modest facelift as opposed to a complete reinvention, which is no surprise given it’s not been on sale two years yet. It’s been restyled to sit neatly above the regular F-Pace – also updated in 2020 – with new lights front and back and restyled bumpers.

Here, though, Jaguar is claiming performance benefits. Namely a three per cent slipperier aero profile and greater cooling for the brakes, which themselves have had their performance boosted. Which, should you wish to drive your two-tonne SUV with some haste, ought to be welcome news.

Inside, there’s a new suite of screens – linked to over-the-air software updates – as well as a more premium-looking gear selector, the slightly toy-like joystick of the old SVR replaced by something that looks like a paperweight on the desk of a high-flying accountant.

The engine is largely as before, a supercharged 5.0-litre V8 possessing 542bhp. Jag’s fiddled with the torque curve a bit, though, with an additional 14lb ft (its peak now 516lb ft), surely helping it to the dizzy heights of its new 178mph top speed, while a launch control system has cut its 0-62mph time by 0.3secs, to four seconds dead. Quick enough.

The chassis, too, is largely unchanged, with a highly excitable all-wheel-drive system linked to an electronically controlled active rear differential. The damping’s had a mild retune, and there’s a new power steering system, but we’d be surprised if either makes a wildly perceptible difference to the way the F-Pace SVR drives. Not least because it was bloomin' good to begin with, and didn’t need much improvement.

Prices start at £77,595, a few grand up on before, and likely to swell if you start adding some of the fancier leathers and suchlike.