And of course it uses Dodge’s 7.0-litre V8 Hellephant engine 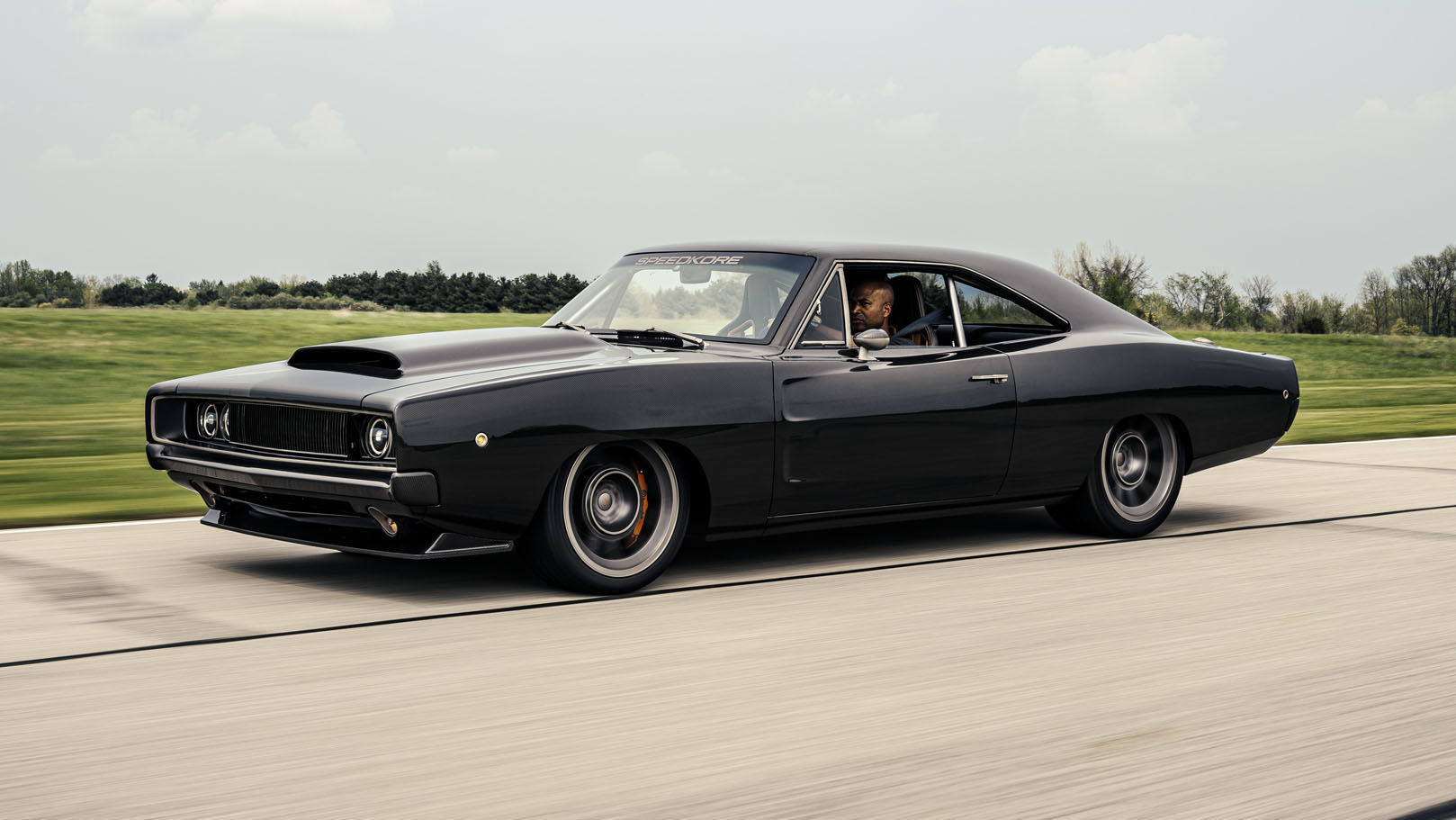 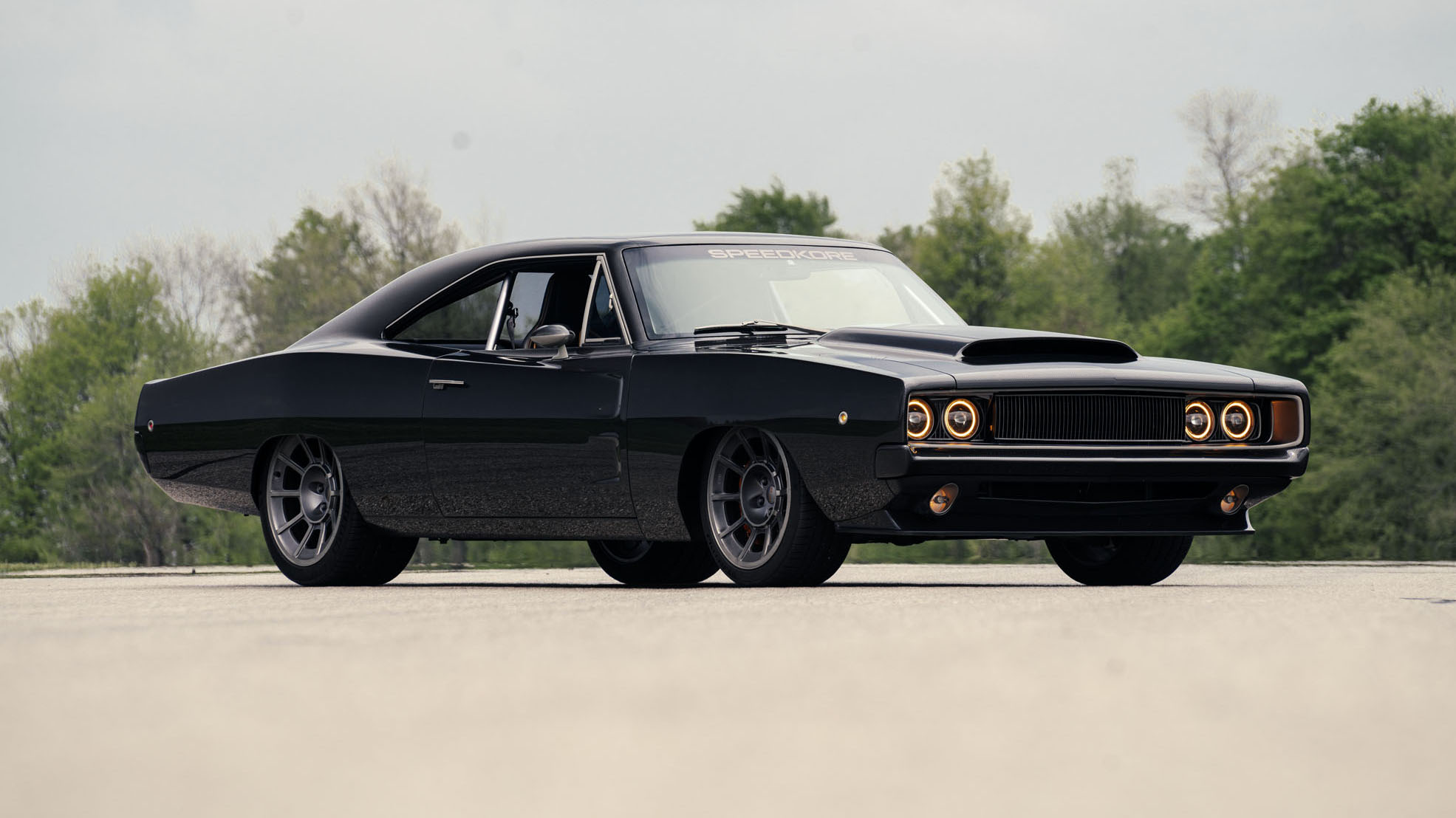 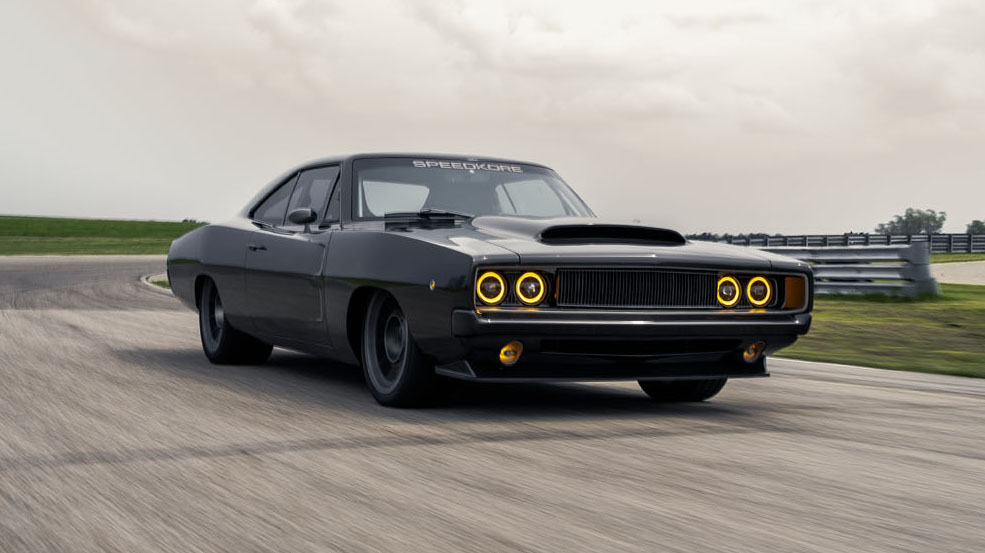 “The ‘Hellucination’ Charger is our most extreme build yet,” explains Speedkore boss Jim Kacmarcik, which is some statement considering the firm’s output. Welcome to a 1,000bhp V8, with a 1968 Charger strapped along for the ride.

Because while his absolutely bespoke creation boasts much carbon fibre in its construction, a rare 7.0-litre V8 does – one suspects – very much make it an ‘engine car’. Much like Mopar’s ‘Super Charger’ concept from a few years ago, sitting onboard Speedkore’s creation is a ‘Hellephant’ V8 pumping out that headline horsepower figure and 950lb ft of torque.

A considerable amount of power for something that originated in 1968. Helpfully, not much of the 1968 Charger remains, at least by the sounds of it. Speedkore built a reinforced custom frame and roll cage, a custom carbon-fibre floor, tubs and body, and plumbed in double A-arm front suspension and a four-bar diagonal link rear setup.

We’re told there’s a new steering column and rack for greater agility, along with Penske adjustable coilovers. That V8 gets Speedkore-built headers and exhaust with MagnaFlow mufflers. Attempting to harness one thousand enthusiastic horsies are Brembo six-piston calipers up front, and four-pots at the back. These sit behind 19/20in wheels front and back, shod in Pilot Sport 4S tyres. 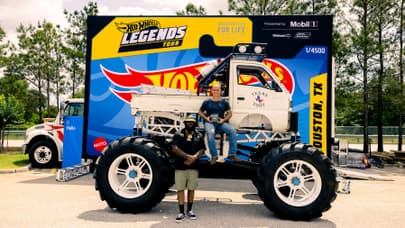 Along with a fully carbon-fibre exterior, the interior too gets lavished in the stuff. Dash, door panels, interior quarter panels – you name it, it’s been blasted with the CF cannon. Except a 2,000-watt Kicker stereo, that instead aims to blast what little remains of your senses.

The whole thing was actually built for Stellantis’s design boss Ralph Gilles, who helped design the thing. “Growing up watching a certain orange car doing amazing things on TV as a kid started a love affair with the Dodge Charger and Mopar,” Gilles said. “We still use the ’68 Charger as a spiritual reference to this day as we design the next generation of performance cars.

“In restoring this ’68, it was our mission to carefully and tastefully modernise countless details, adjust the proportions but to keep them faithful, reduce the weight yet keep it comfortable enough to drive cross country, and finally create a one-of-a-kind piece that the forefathers of the brand could only have dreamed of,” he added.

Reckon they nailed it?