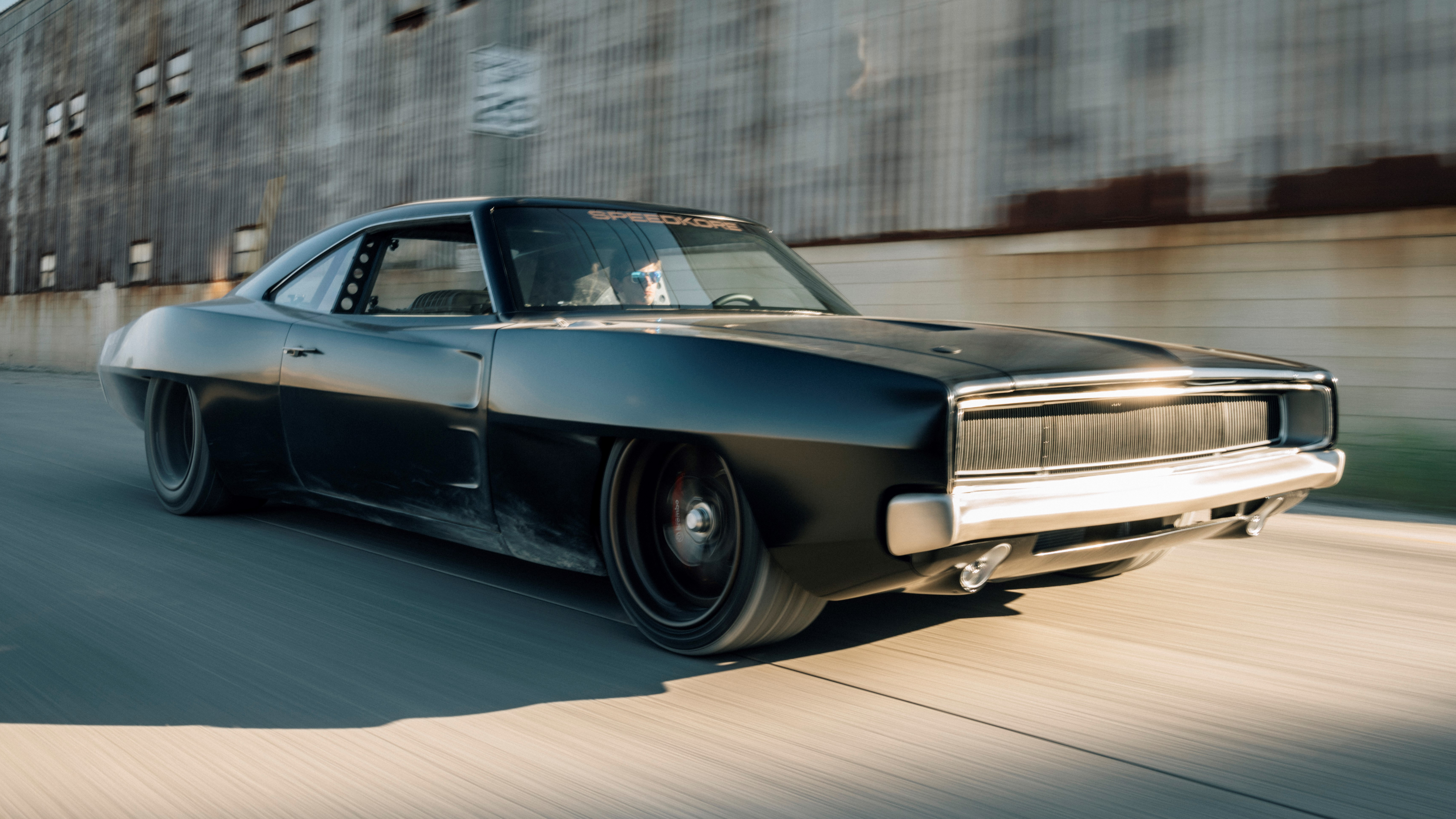 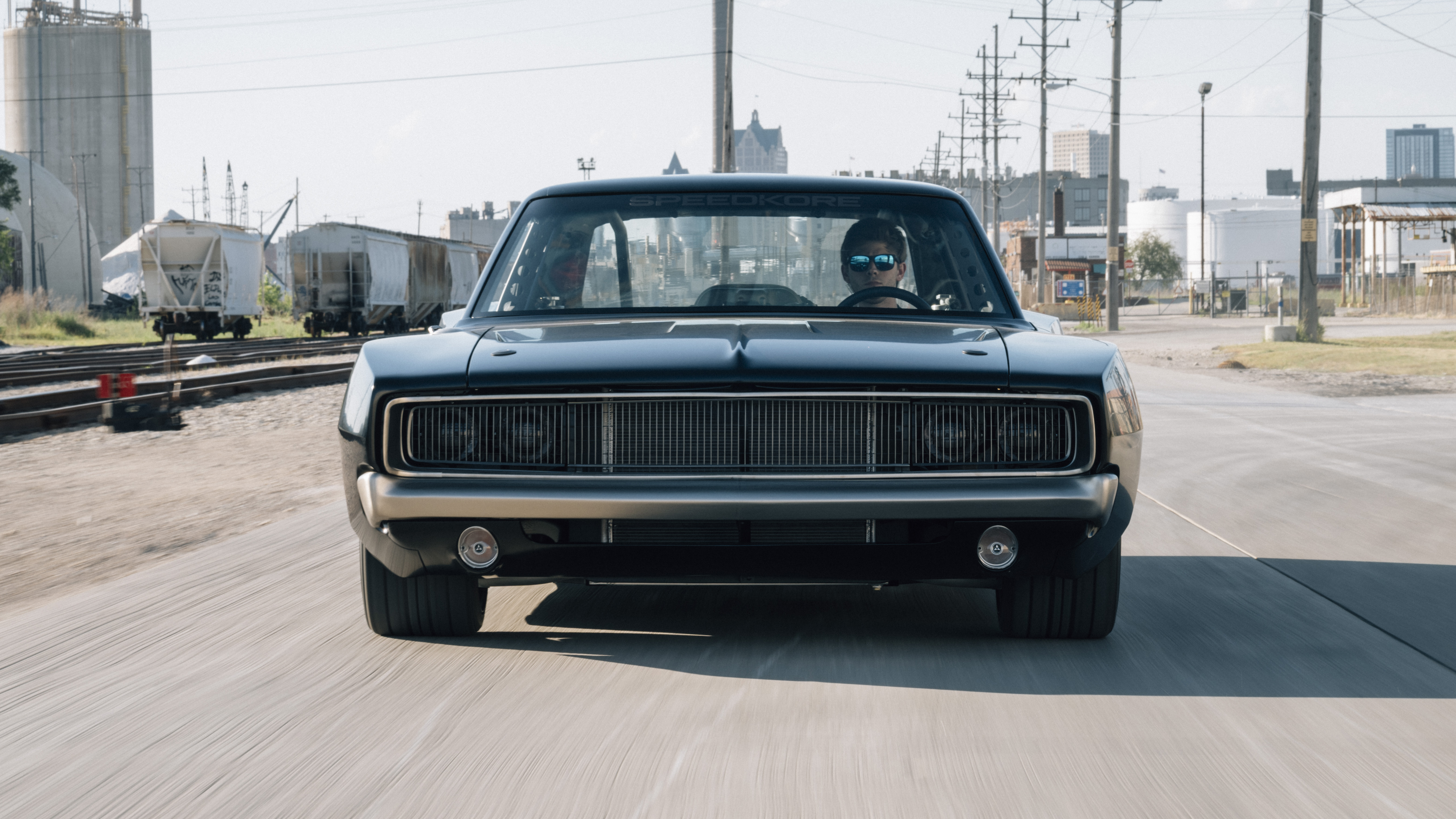 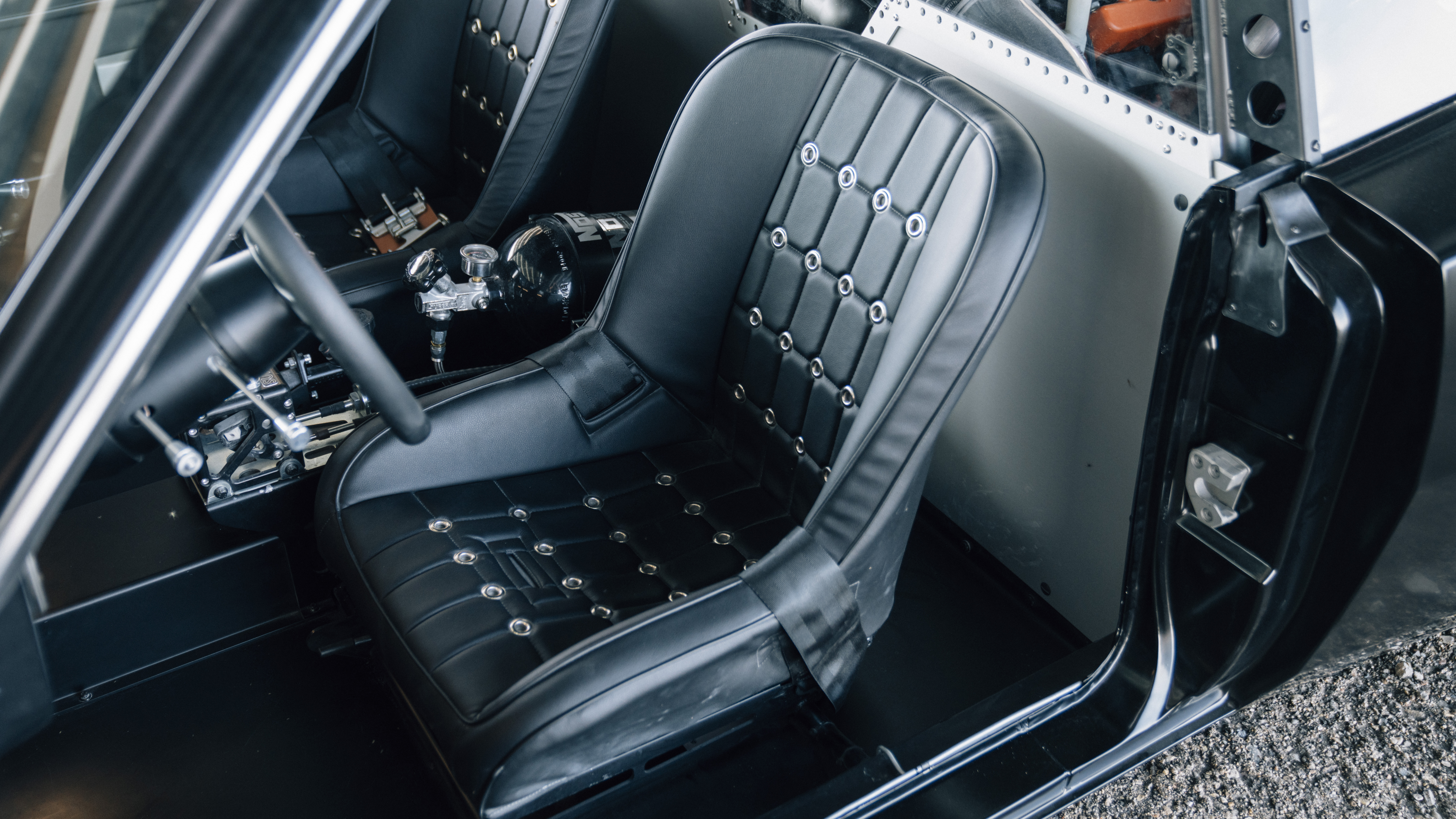 Wisconsin-based tuning outfit SpeedKore has unveiled its 2021 showpiece: a 707bhp, mid-engined custom Dodge Charger that’s a road-going replica of the mid-engined custom Charger doing business up on the big screen in Fast and Furious 9. You may have heard of that last thing.

This thing however, you may not have. It’s one of the company’s “most extreme builds to date”, according to boss Jim Kacmarcik. It’s even nicknamed ‘Hellacious’. Though, now we mention ‘Hell’…

It’s got a Hellcat 6.2-litre V8 mounted between the axles in a custom-built SpeedKore frame, a frame incorporating double wishbones front and back. The shocks are said to be ‘track-focused’, too, while that V8 is matched to a six-speed Lamborghini Gallardo manual gearbox – just like in the movie – attempting to send 707 horses and 650lb ft of torque to the rear wheels.

There’s a custom exhaust and high-performance radiator, a high-performance intercooler and a 2.4-litre supercharger. Expect speed. Attempting to slow it down are six-piston calipers up front (four at the back, all hidden behind 18in centre-lock HRE wheels), while attempting to slide it gracefully around your racetrack of choice is a hydraulic hand brake.

As we’ve mentioned here, SpeedKore built the movie Charger fully out of carbon fibre – only the roof panel remained. Same story here, with a bespoke wide-body styled by Sean Smith. It’s finished in matt-black paint and gets a suitably menacing interior too: racing seats, classic gauges, aluminium dash and a roll cage.

“We wanted to bring the movie magic of F9 to life,” Kacmarcik added. Quite the thing, you’ll agree.