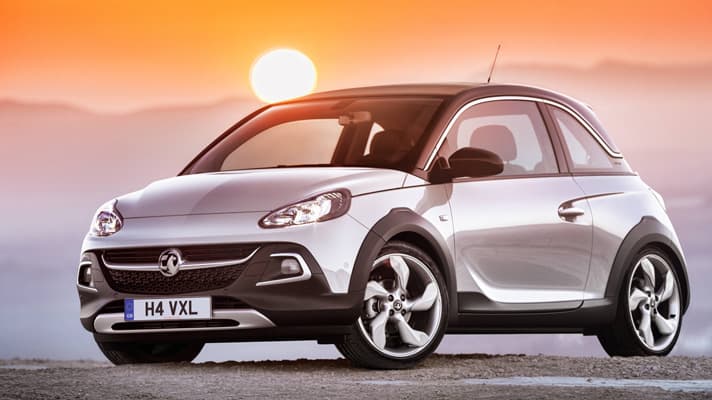 Vauxhall is getting busy with small cars. At Geneva it announced new engines for the Adam, including a smooth little three-cylinder and a 150bhp S version, plus the kerb-climbing Rocks. But more important, we also learned that a new Corsa and a new cheap city car will be out within a year.

The whole business of replacing the Corsa has been fraught. Two years ago GM Europe and Peugeot-Citroen went into an alliance, and one year ago announced they'd develop a new small-car platform. But it turns out that almost as soon as they'd opened their mouths about the small-car project, they binned the idea.

Karl-Heinz Neumann, Opel-Vauxhall's boss, explains why. "We will still do a new Meriva and new Zafira and new small van on PSA's platforms. All our cars should sit on global GM platforms but the only ones we can't put on our own platforms are MPVs and small vans [because you don't get those things anywhere else]. Last year we said we'd do a small car with PSA but that was a mistake."

But if they entirely changed the plan for the Corsa replacement only a year ago, doesn't that mean a delay? "No. You can act more quickly if you do it on your own existing platform. There's no delay on the new Corsa."

We hear the new car will use a heavily updated version of the current one's underside, but the body and interior will be all-new. Just as significant, Vauxhall is jumping from a position of lagging well behind in engines and transmissions to being at the sharp end. There's the new 1.0-litre three-cylinder turbo, a new 1.6 petrol, a fine new 1.6 diesel recently launched, twin-clutch boxes and more.

Neumann also says the Corsa, like all future Vauxhalls, will be very connected. "On all models but the base one, you'll get automatic emergency call, and 4G into the car. Our data channel into the car will give us new opportunities - apps, diagnosis, services, entertainment, partnerships with restaurants."

Then there's a small cheaper city car, to replace the Agila. The boxy Agila was a Suzuki Splash in not very convincing Vauxhall fancy dress. The new one will be GM's own thing, based on the Chevy Spark's platform but with Vauxhall-specific styling. That means small but less boxy. The Spark itself soon goes off sale anyway, because Chevy (the Korean bit, not the Corvette) is pulling out of Britain and most of the rest of Europe.

You might know that in the US there's an electric version of the Spark, but there won't be a small battery Vauxhall. Neumann says, "There's no market for small electric cars for Vauxhall Opel even though we have the technology. We think we can achieve our fleet CO2 goal with minimum electrification."

Now here's an intriguing thing. The new baby car might well get the name Viva. Neumann refused to confirm what it would be called, but we know Vauxhall has researched that name in Britain, and people quite liked it. The crude 1960s Viva is now so distant nobody's going to remember it, and the word ends with an a, like all current Vauxhall names. Except the Adam, which remains a rather silly choice...