Video: here's how much safer small cars have got | Top Gear
Advertisement
Video

Video: here's how much safer small cars have got 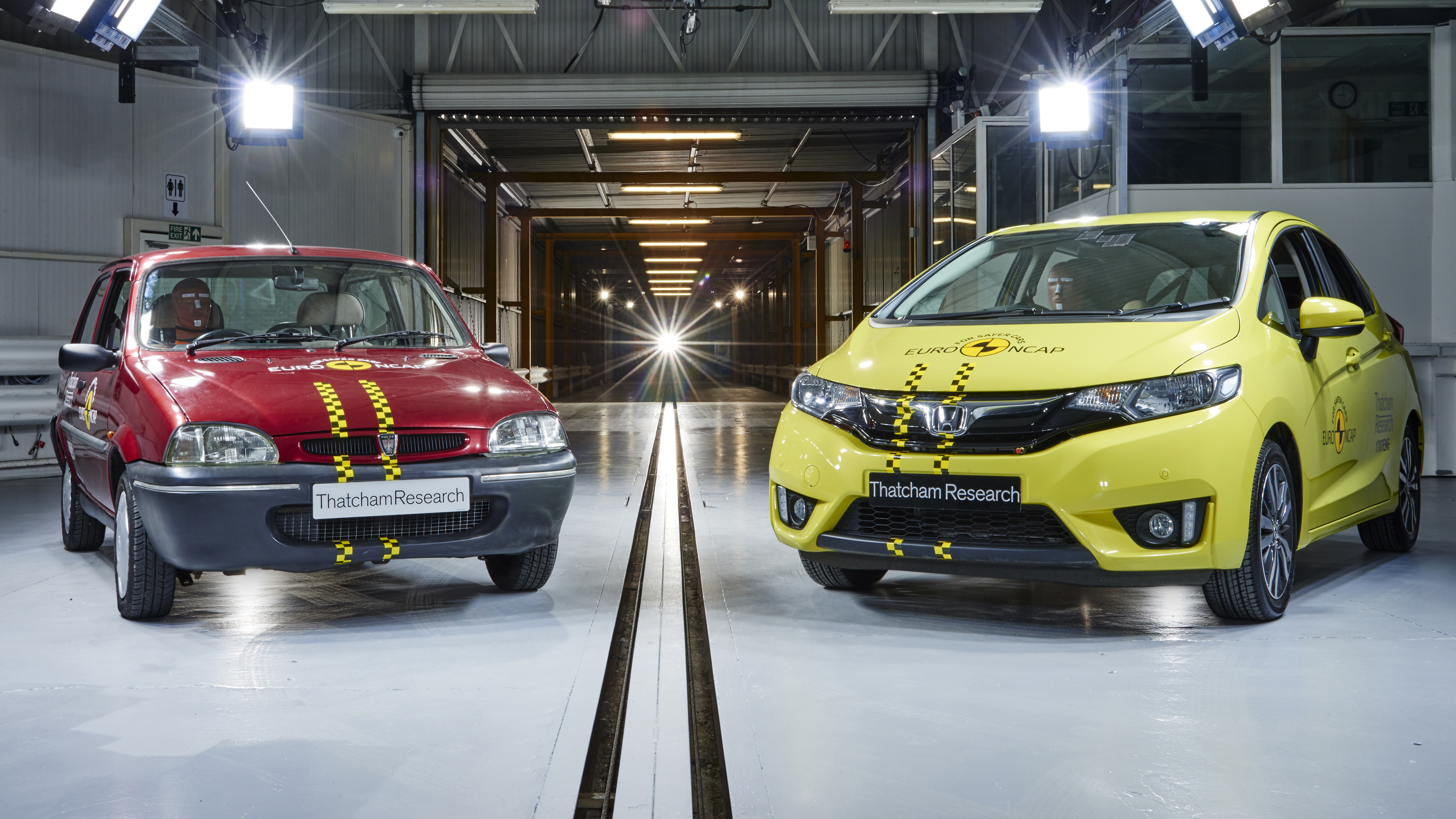 What you’re looking at is the difference between a modern, safe car, and one that even when it was launched, really wasn’t.

To celebrate 20 years of Euro NCAP crash tests, Thatcham Research took a current-model Honda Jazz and a 1997 Rover 100, slammed them both into a deformable barrier, and videoed the results for our viewing pleasure. And, you know, to show how much safer cars are now than they were two decades ago.

And as you can see, the answer is 'very'. Both cars were slung into a deformable, aluminium barrier at 40mph in the standard Euro NCAP test designed to replicate a head-on collision – where only 40 per cent of a car’s front-end makes contact with the barrier.

The Jazz did rather well. It’s a five-star car, after all. One of the safest superminis on sale, and with the Rover's original price adjusted for inflation, they essentially cost the same new, too.

Thatcham chose the Rover for this test because it was one of the first seven cars Euro NCAP tested back in 1997 (not this particular one, obviously). It did poorly then, scoring just one star in the less stringent ’97 test (the Ford Fiesta of the time scored three), and it’s done poorly now.

Thatcham says that within a quarter of a second, the 100 “sustained such serious damage that it would have left its driver and passengers trapped inside with life-threatening injuries”. We could describe the damage in detail, but seriously – just watch the video.

And the Jazz’s occupants? “Probable bruising”, say the experts. Everyone in the Jazz would have walked away from this one. Makes you think, no?