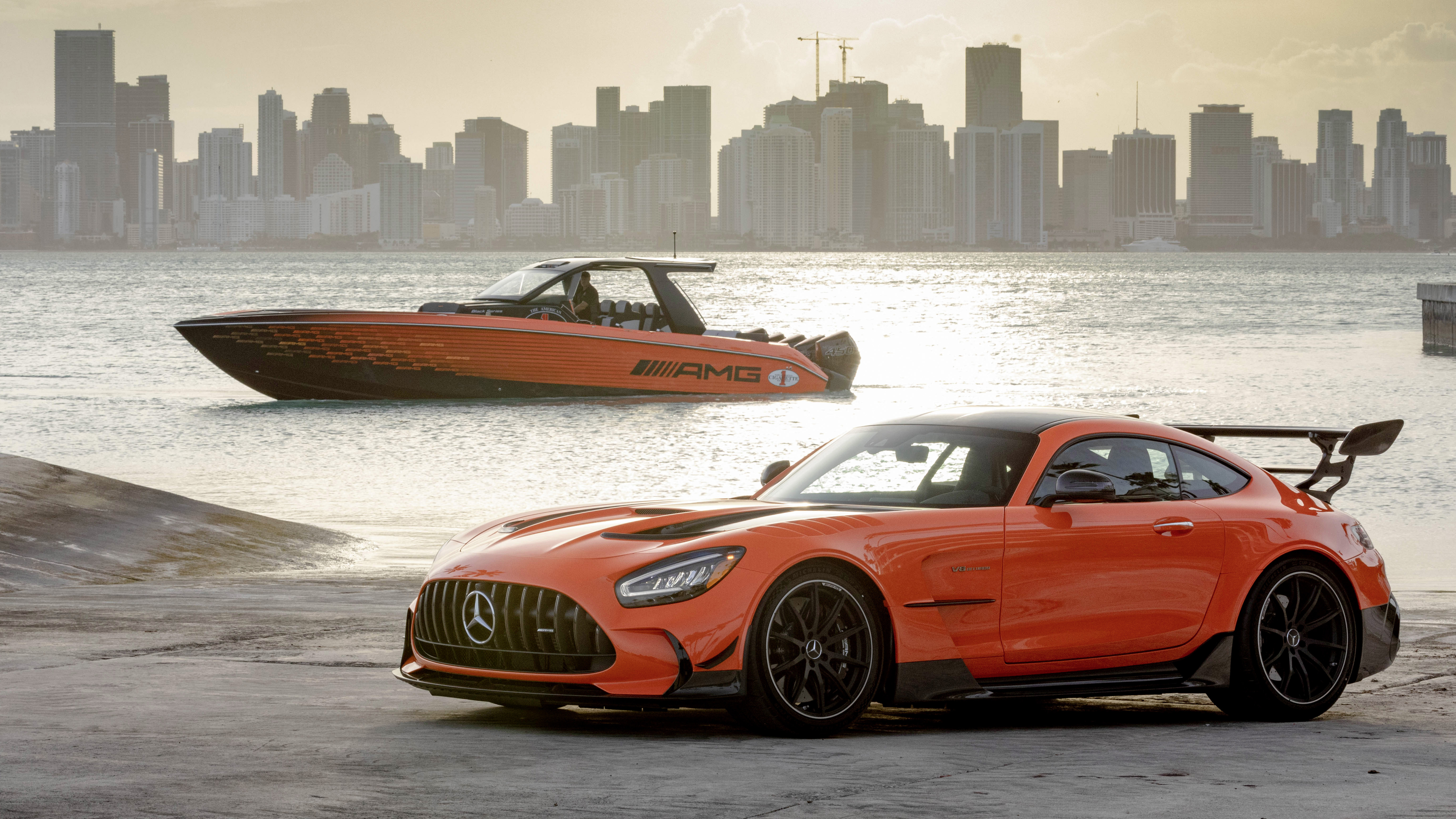 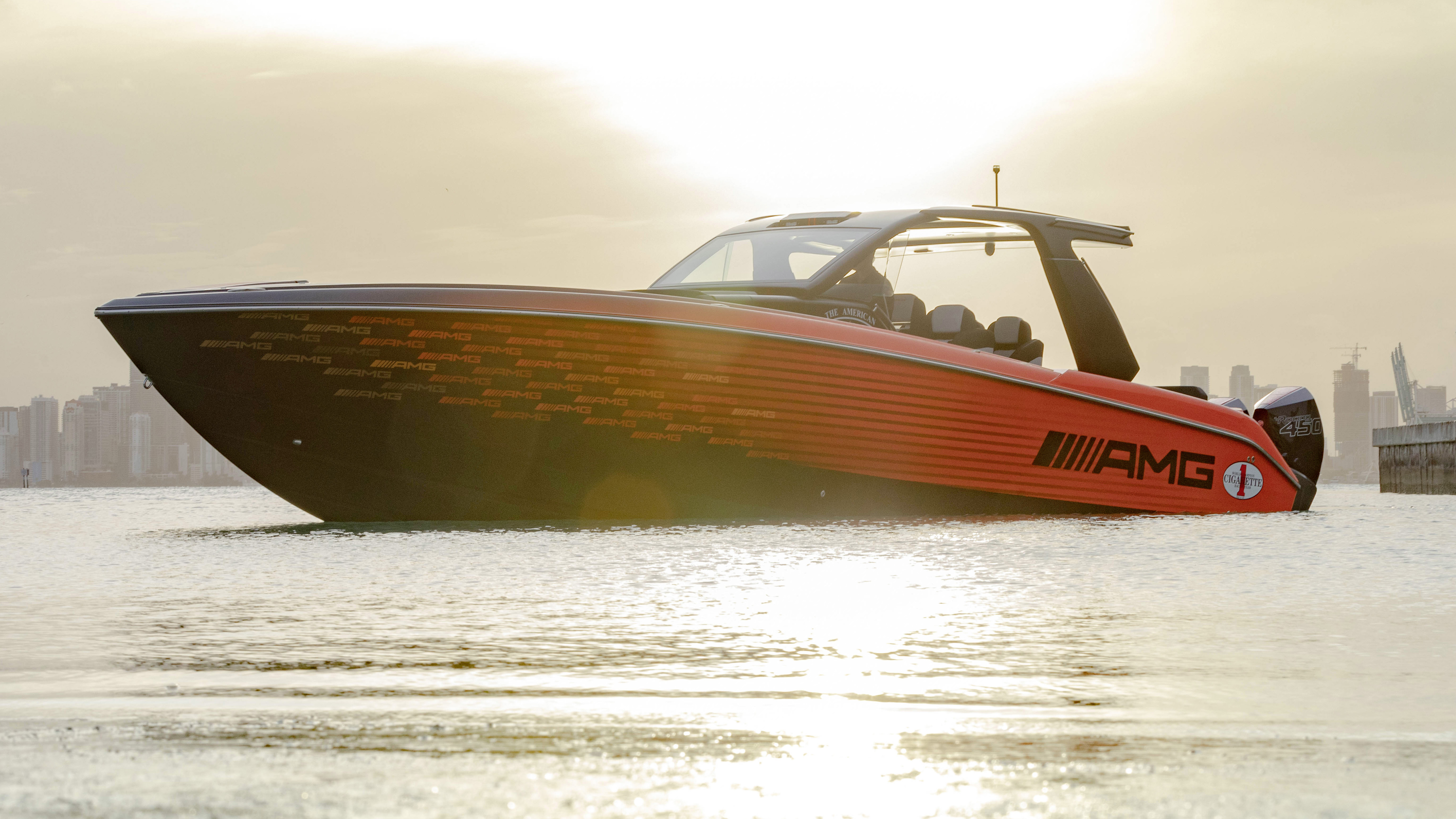 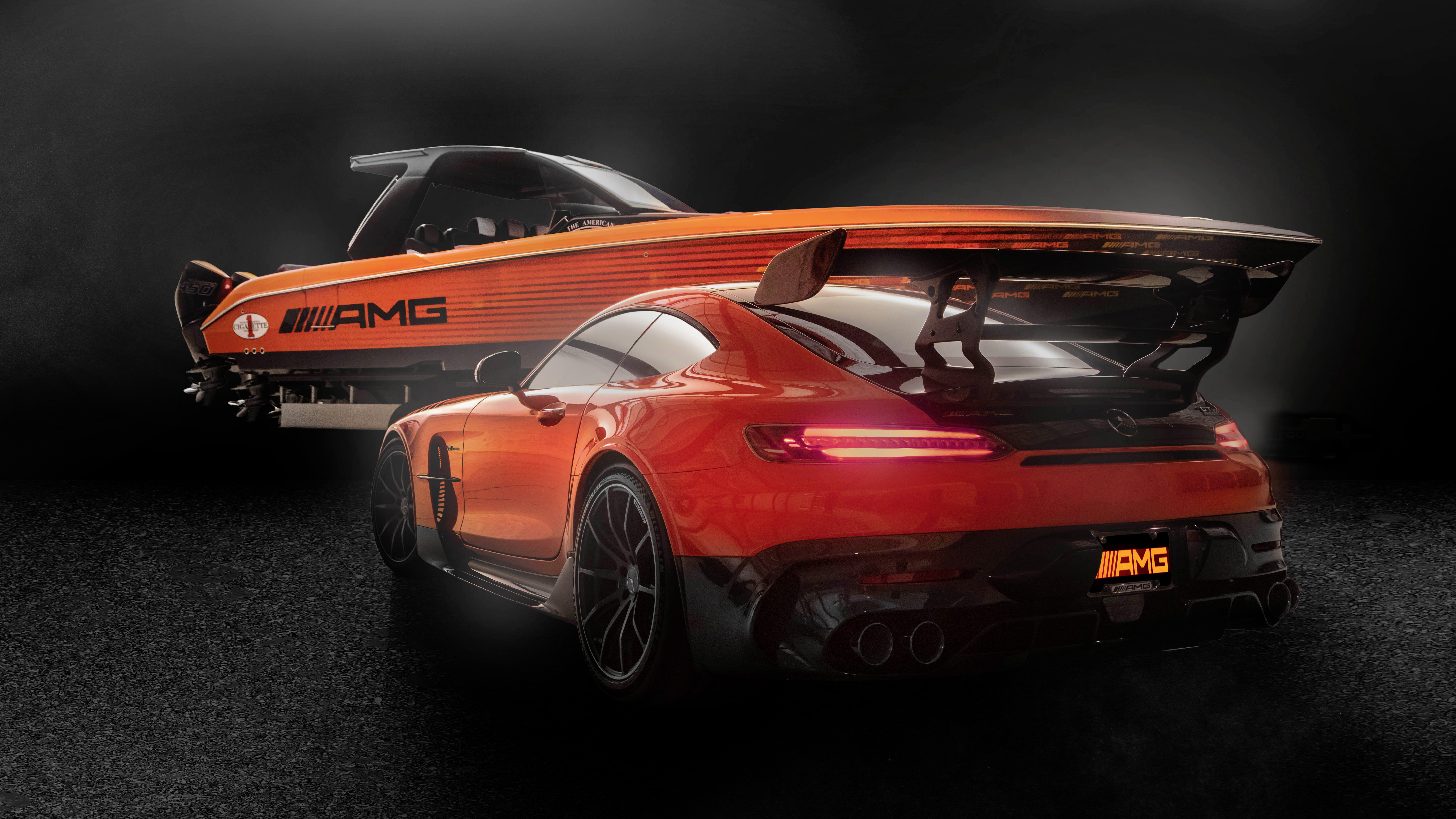 For their 13th collabo, Cigarette Racing has taken inspiration from the AMG GT Black Series; the 730bhp, twin-turbo V8 track monster that tore up the Nurburgring last year to become fastest production car ever to lap the legendary German track. A title it has since lost to Porsche, who recently unleased a 691bhp 911 GT2 RS – fitted with a new ‘Manthey Performance Kit’ – and clocked a  6m 43.3s around the ‘official’ 20.832km circuit – just under five seconds faster than the Black Series.

But don’t let that put you off. Remember that the Black Series is the most powerful and track-focused AMG ever. And when you translate that mantra and brief to the open water, you get an ocean-going hi-vis monster.

Dubbed the Nighthawk AMG Black Series, like its four-wheeled inspiration, the boat features plenty of techy engineering and power to make it really fast. There’s plenty of carbon fibre componentry, and to improve its handling, it features a twin-step hull, which must be the nautical equivalent to the Black Series’ active double-decker wing. Where the car only has one V8 engine, the Nighthawk has five. Yes, five. And they’re all supercharged. This family of 4.6-litre V8 outboards hang off the back and are good for 2,250bhp – which is quite a bit more than the car.

That doesn’t mean it’s faster, though. Cigarette Racing claims a 90mph top speed, where the four-wheeled Black Series stops at 202mph. But then again, the boat also takes up to 10 passengers. Which is more than a Mercedes V-Class. And has bow thrusters for easy parking. Five stars for practicality, then.

As it’s a one-off and already sold, there’s no word on pricing. But we reckon you could get a handful of £335,000 AMG GT Black Series for the price. You can’t deny as a combo it’s pretty cool though. You could say it really floats our boat. Get it? Oh, go away you bore.