You have to check out these post-apocalyptic aerocars 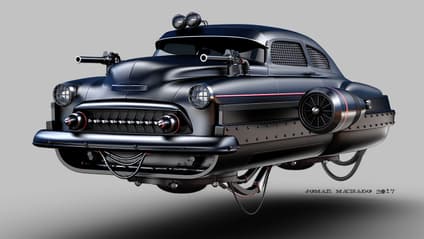