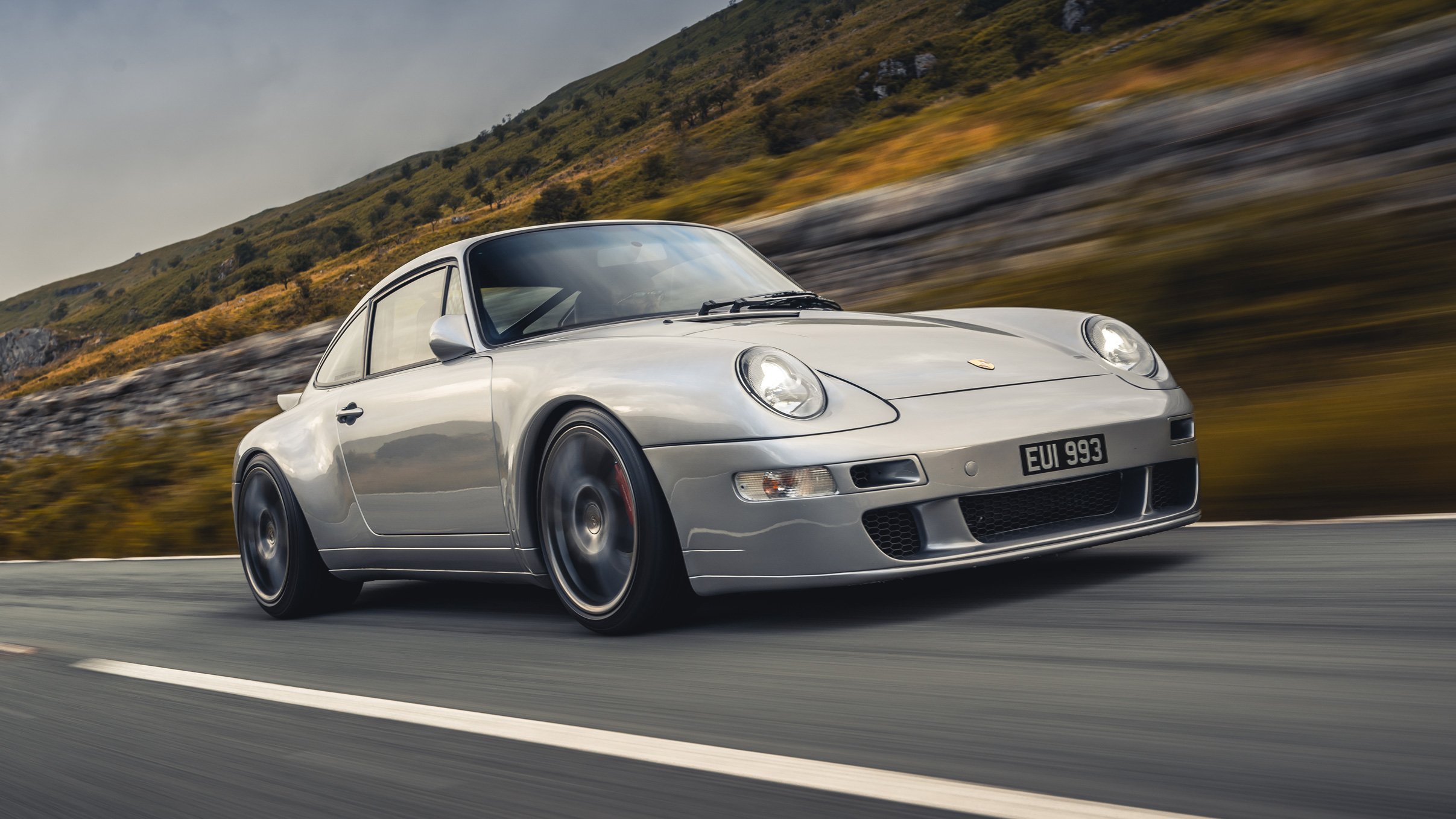 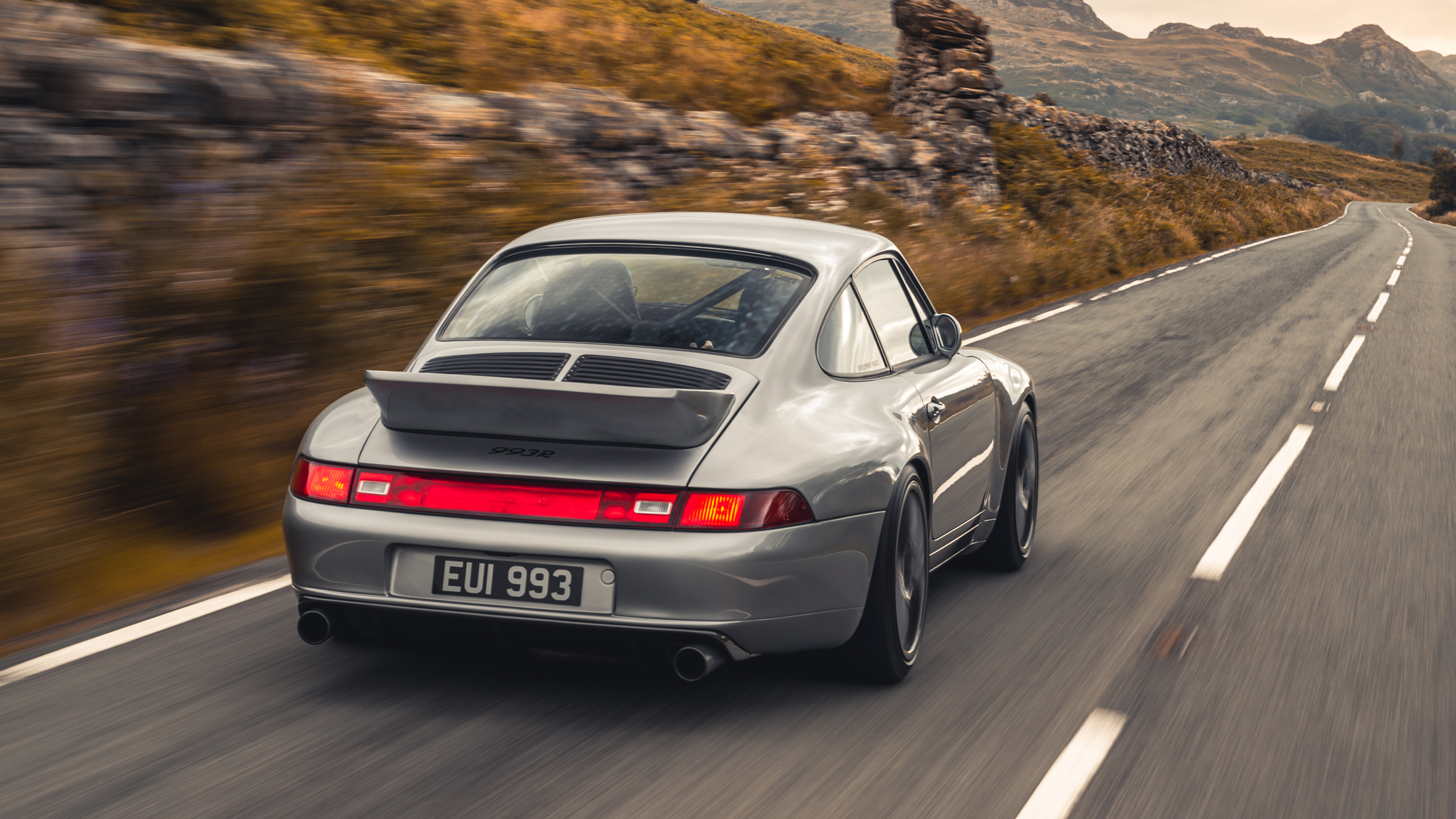 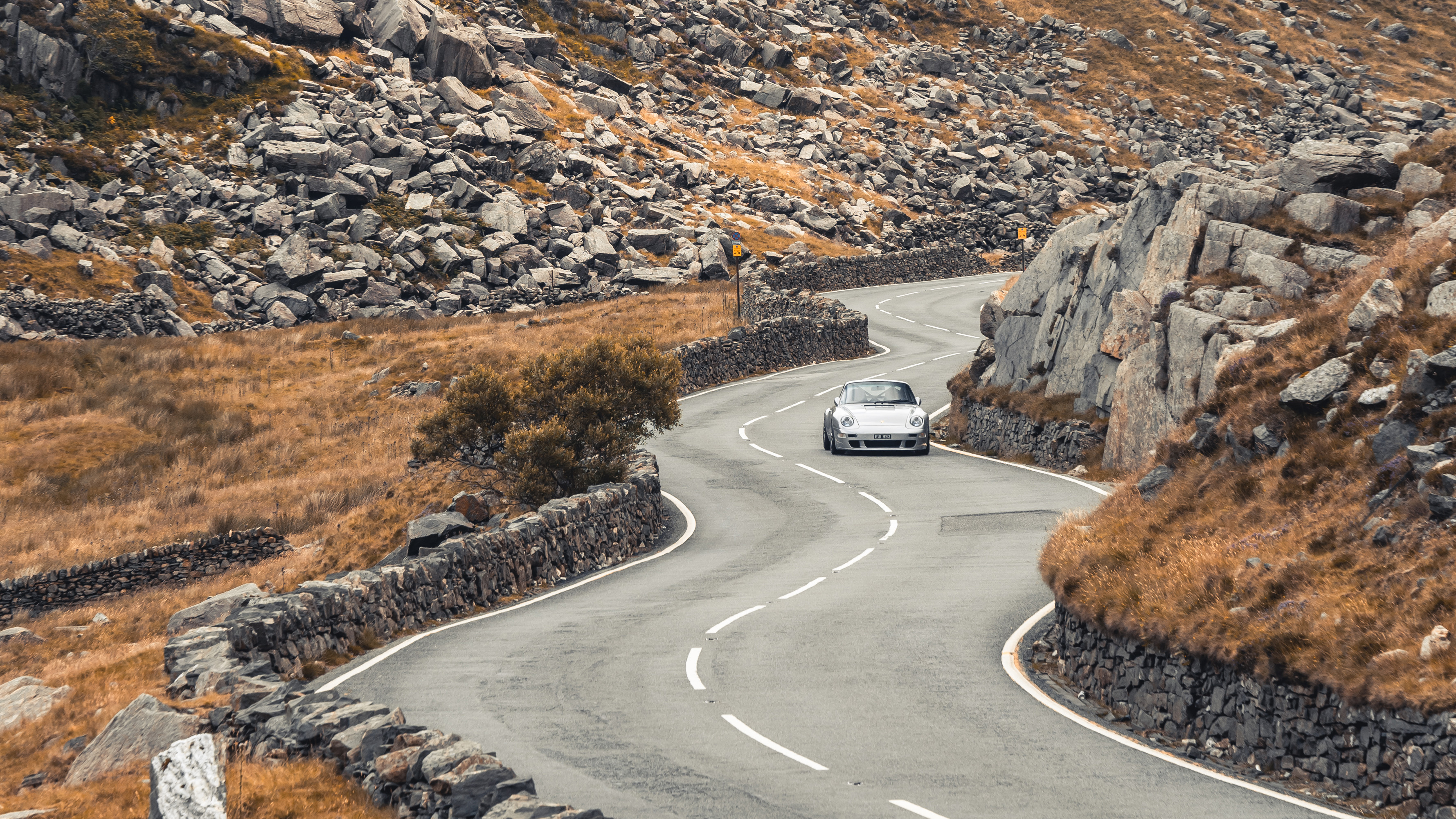 I know, there’s a risk you’re going to tune out immediately, using the ‘it’s not a Singer, therefore I’m not interested’ defence. But here’s why you should be: bar the £2 million DLS, this drives better than a 'Classic' Singer.

This won’t come as a surprise, but not all restomods have the same focus and direction. How they’re pitched is a matter for the people running the company and the customers buying their cars. Some are beautiful, some are driver-focused, some are faithful to the original, some are caricatures of themselves, some are more restoration than modification and vice versa. Every firm is different.

Don’t see this as a Singer rival – in fact it’s more closely aligned to the work Alfaholics do. The driving experience is paramount. Paul Stephens has been working on Porsche 911s for close on 30 years, and is hugely respected for his restoration and enhancement work. This project, the 993R, is his most extensive yet.

The concept of the R badge here is similar – make a pure, rewarding driver's car. But rather than copying most restomodders and using a 964-generation 911, Stephens has gone for the generation that came next, the 993. It wasn’t around for long (1994-1998) but as the last of the air-cooled 911s and a big engineering step forward at the time, it holds a special place.

Let’s have the highlights.

Rather than reel off a list of changes, first I’m going to tell you what I noticed while driving it around North Wales, as that shows how detectable the alterations are. The first thing is how stiff and stable the bodyshell is. Noticed it as soon as I turned out of the car park. All cars from the 90s have some degree of flex and creak. Not this one, it feels rock solid. You drive down the road and it’s so stiff it could almost be carbon-tubbed. It enhances rigidity, improves refinement.

It’s not just the roll cage that’s done this. Stephens takes the donor car, strips it back entirely and seam welds the whole lot. A front strut brace and stiffer rear subframe are fitted. The result is taut, precise and confidence inspiring.

And what came next?

How fluent the car was, how well it flowed along, how easy and dextrous the movements were. That’s because the stiff platform means the suspension doesn’t have to work so hard. This is marvellously fluent. Replacement arms and components have been selected from Porsche’s motorsport catalogue, and new TracTive dampers are fitted. Five-way adjustable, they’re also computer controlled via an app. So you can set them up without having to fiddle around under the car. But not just a single set up – a knob is tucked away allowing you to choose between five settings.

Did the dampers make a difference to the way the car drove?

Emphatically. In 1 the 993R is calm. I could easily see myself doing a long trip in it. Turn that up to 5 while cruising and the ride is pretty brutal. But here’s the thing: as soon as you put any pace into the car, level 5 feels absolutely fine. It’s a light car, so the springs aren’t too stiff anyway, and ramped up you get more immediacy and precision. Start to concentrate and that firmness turns into absorbency and communication. It rips along with speed and determination, has modern grip levels, but with the tactility and feedback of the original.

It’s still an older 911, so the familiar lift-off oversteer characteristics are here, but gentler, more controlled than in the 964. There’s less understeer (despite the car being fitted with a mechanical differential), and the balance through corners is delightful and easily controlled via the throttle.

It’s not quite as crisp, immediate and intoxicating as the Alfaholics, but then I wouldn’t want to do 300 miles in the GTA-R. In this, I could. Incidentally, we did back-to-back the Alfaholics and Singer if you’re interested.

Has it got an engine that screams as frantically as the little Alfa?

Again, no, it’s not that peaky and angry. But it could be. It’s worth pointing out that this is not a what-you-see-is-what-you-get car. Buy one and you can tweak it to your specifications. This one has relatively benign camshaft profiles, trading a little top-end scream for better manners low down. I love it as it is, tractable yet pulling super healthily all the way across the mid-range, revving cleanly and easily to 7,500rpm. Little flywheel effect so it’s snappy and eager.

The noise is just fabulous, at its best through the mid-range where there’s a lovely smooth, cultured tone to the flat six. The only change I’d make is shorter gearing – either the final drive or reprofiling mid-range gears to make third and fourth snappier and more addictive. Geared so 70mph pulls 2,700rpm at the moment, that could be done without sacrificing long range manners.

But as an experience?

It’s wonderful as it is. If it helps give context, look at what’s been done to the 3.6-litre motor. It’s longer stroked (3.8 litres) thanks to new internals, including lightened steel conrods and pistons from the 993 RSR race car. That’s also donated its throttle bodies, while the crankshaft and bearings are from the 997 GT3, the oil pump from the 996 GT3 and Porsche Motorsport has supplied solid lifters and adjustable rockers. It’s a very carefully considered package.

The same focus is everywhere. At 1,220kg with fuel and oil, it’s 150kg lighter than the standard donor car, features an aluminium bonnet, carbon seats, clean, simple, attractive door trims and dash – and a lot of deletions. On this car that includes electric mirrors, windows, central locking, grab handles, glovebox, centre console, hifi, roof light and aircon, plus all the associated wires, switches, motors and processors. Yours doesn’t have to be this basic.

Not as cohesive or pretty as a Singer is it? I told you each firm has their specialities. The new front bumper is a bit simple in its shaping, the rear wing rather square-edged – it’s not a beautiful car, but it feels faithful, engineering ahead of design.

But the stance… the 993R sits low over the 996 GT3 RS-sourced wheels, comes across as mean and purposeful. You don’t (and I wouldn’t) have to have the tiny cupped wing mirrors – flank visibility is… challenging.

Inside, well the five dial dash is iconic even if it means you always know your revs, but rarely your speed. But the driving position is great and the operation of the controls… again, it’s all about attention to detail. There’s extra slivers fitted to the throttle pedal to make it easier to heel and toe, the knobs and stalks have been redone in aluminium, the glass is thinner and the view out – chiefly thanks to the slender pillars - is open and wonderful.

How does that feel on the road?

The car is slim. It fits down roads easily. Left hand drive and yet not once did I find myself constantly clattering cats eyes. So you have more space to play with and a car that wants you to play. Turn in is crisp, there’s real bite to it through the gorgeous natural steering, the gearchange is fluent and tight with no flex in the lever, the brakes (from the 993 Carrera RS) need maybe an inch of travel taken out of them but are otherwise superb. No need for carbon ceramics when you’re this light.

The operation of it, the sense you’re piloting a special car, is overwhelming – right down to the way the nose skips over mid-corner bumps. That one movement, so deft and controlled, reassures you that you’re driving something that’s been developed by people who really know their stuff. I spent a morning barrelling around Snowdonia and once the photography was done, kept finding excuses to keep driving it, rifling through gears, exploring the rev range, the damper settings. It was massively absorbing and satisfying.

Because of its size, level of performance, accessibility, tactility and all the rest it’s an addictive road package, just brilliant for B-roads. 330bhp acting on 1,220kg? You don’t need more speed, everything is in balance here.

But I do want more speed!

If you insist, Stephens can do you a de-catalysed car with lumpier cams and 360bhp. There’s also a 4.0-litre option. But this 3.8 at 270bhp/tonne (only a little less than the current BMW M3 Competition) is such a sweet spot I’m not sure you need more.

The mid-Nineties is increasingly feeling like a sweet spot for cars – ABS and better safety, but still light, honed, agile and rapid without needing computers to keep the power under control. I reckon we’ll look back on that era as the driving benchmark.

This takes all the good stuff from that era and modernises it without dilution. Crawl over it and you notice just how much has been done. There are new rubber seals throughout, the front boot has been entirely reprofiled and carpeted, the keyfob is in the shape of the car and includes remote boot release, all the wires under the dash have been tidied away. Small stuff, but it matters.

A lot more sophisticated to drive than a restored 964. A sweet spot for power and chassis balance. Driving that gets under your skin.