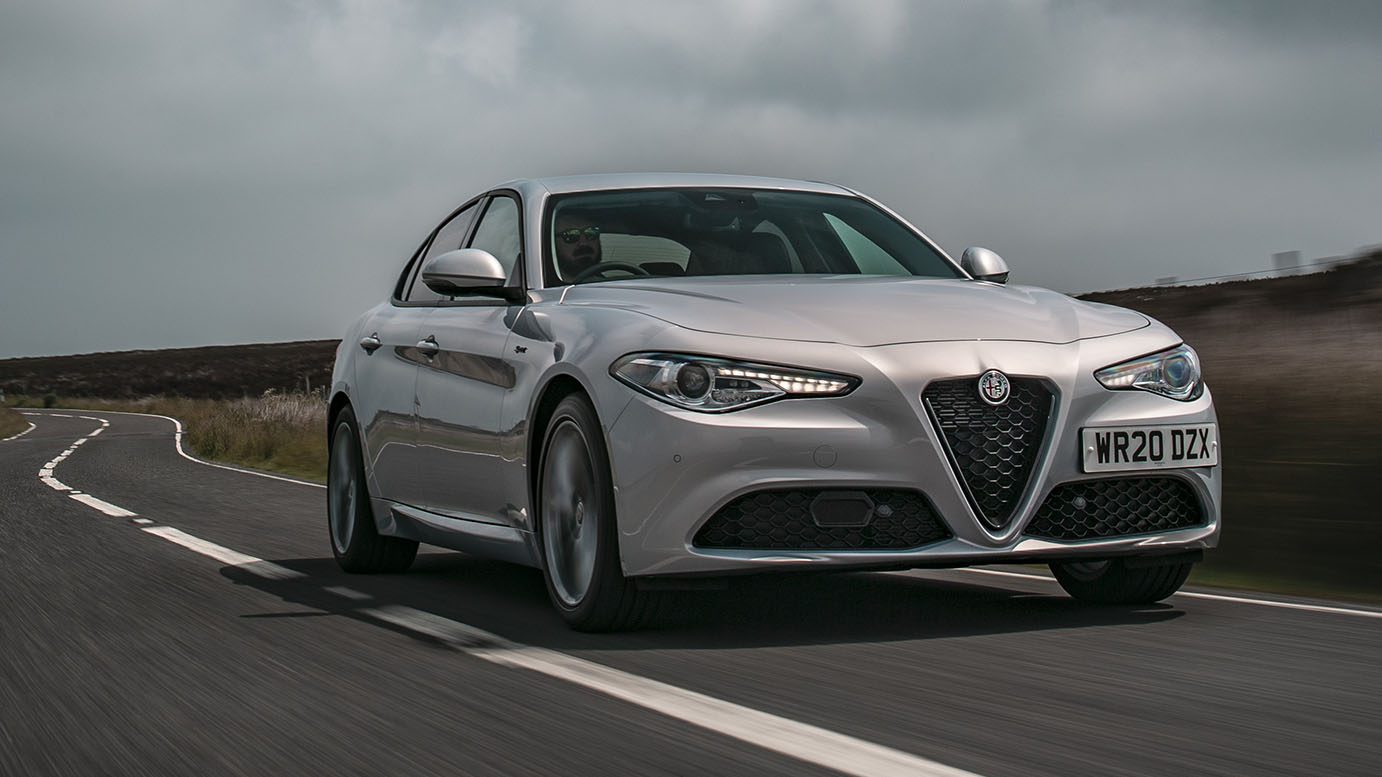 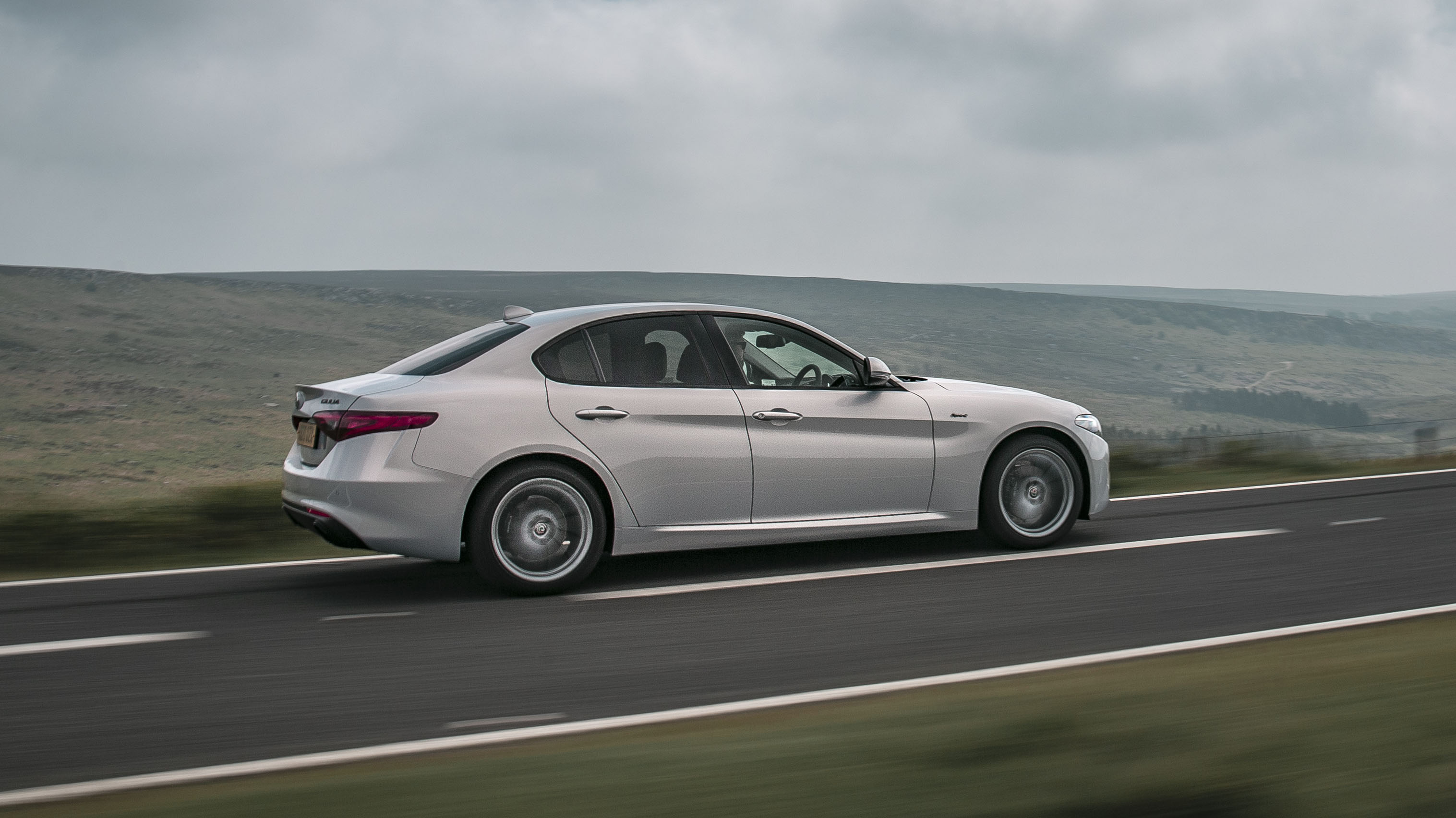 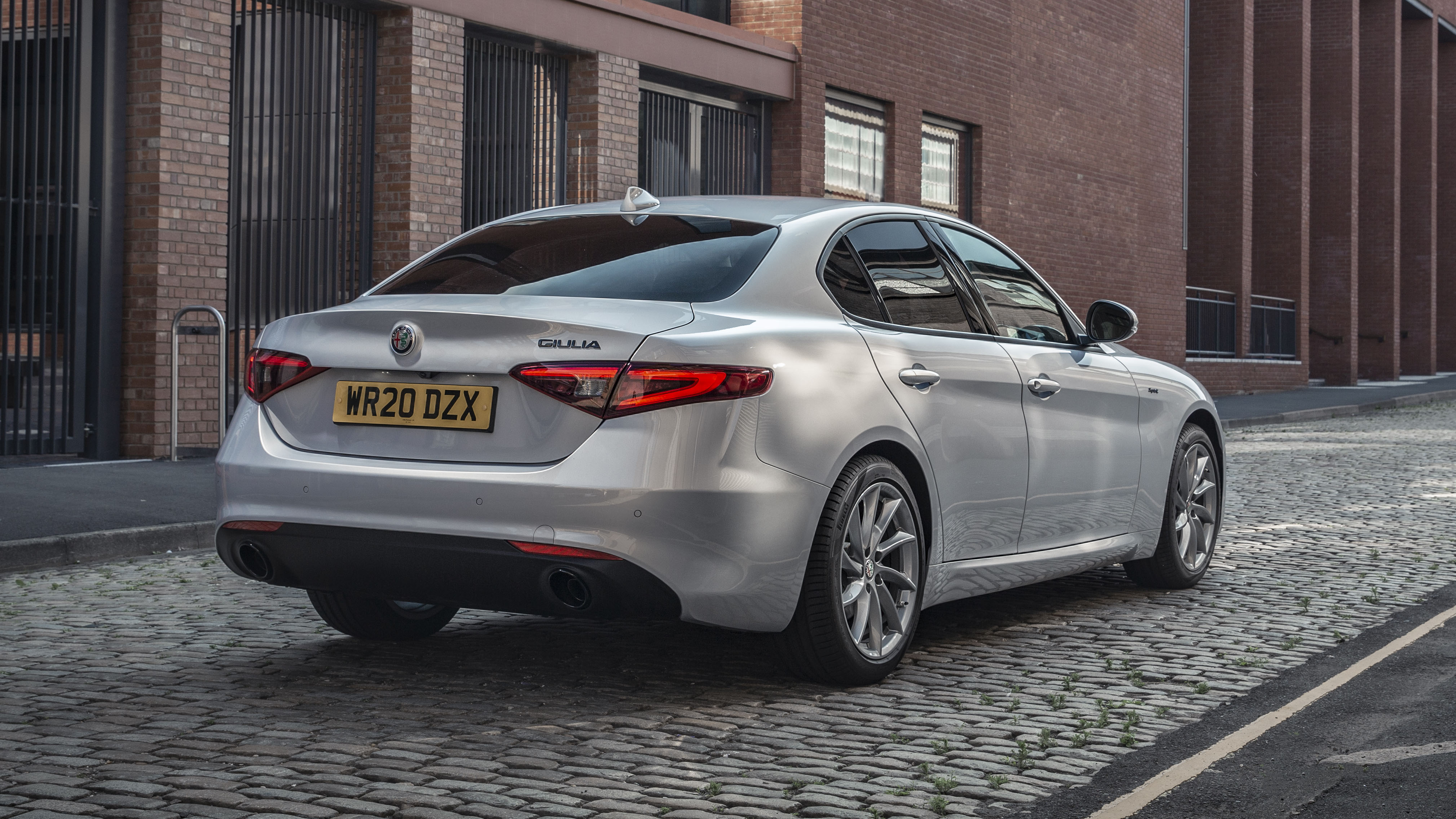 1 / 19
Advertisement
“Sound the fanfare, it's a rear-drive Alfa that's rather good indeed. Updated tech helps too ”

It's good-looking. It's damn fine to drive. And it's a RWD Alfa, not an Audi blah-blah

Tweaks in 2020 helped the interior and infotainment, but it's still sub-German standard

The first Alfa you want to buy in a long time. The Giulia is the Italian brand’s answer to the BMW 3 Series, Mercedes-Benz C-Class, Audi A4 and Jaguar XE – a mid-size saloon with an all-new rear-wheel drive platform (that also underpins the new Stelvio SUV) in which Alfa (or parent company FCA) invested billions in a quest to take Alfa from sales of 75,000 per year to 400,000 within three years. That... hasn't happened. But it's certainly not because the Giulia is a sub-standard bit of kit. To drive, it's actually one of the best normal-ish cars money can buy.

Like its rivals, there’s an engine in every flavour and for every occasion. In total, there are two petrols, two diesels and a super-hot performance model – the 503bhp twin turbo V6 Quadrifoglio. That one’s quite special. As for spec, you’ve got Super, Speciale, Veloce and that rip-snorting Quadrifoglio with prices starting at just under £35k and rising all the way to £70k for a fully-loaded super saloon.

For that cash, you get quite a bit of tech, particularly in the Quadrifoglio. Torque vectoring, and some kind of new braking system that uses a traditional servo alongside the stability control to apparently improve responses. All cars get the normal collision warning, pedestrian detecting, and autonomous braking kit you could ever need.

Dynamically, Alfa has smashed it out the park on its first attempt. No matter the spec, the Giulia has an inherent feeling of a proper driver’s car. The seating position is superb, steering fantastically quick (making it nimble, almost like it has rear-wheel steering) and it has superb balance and a more playful edge than its competitors.

Looks good too. The aggression ramps up as you go through the range but there’s a lovely neat and very animated face on all of them, while the side forms are simple and organic. As you’d expect, the Quadrifoglio is an angry beast but even in lower trims the Giulia still sits on its wheels fantastically well. It is an Alfa after all.

It’s also quite light. The doors, wings, engines and bits of the braking and suspension systems are all made of aluminium, and the driveshaft is carbon fibre. The quick one takes things even further, with a carbon bonnet, carbon roof, carbon spoilers and splitters and ceramic discs. The weight-split of all versions is 50/50 (it is rear-drive, remember). Alfa also seems especially proud of the Giulia’s suspension and steering setup, with a double wishbone up front and a four-arm layout for the rear axle that makes it ride incredibly well. A lot better than you’d expect from a car with this short of a development gestation period, that’s for sure.

Poring over the materials in the Quadrifoglio’s cabin serves up a plate of confusion as there are some wonderful elements: the big metal paddles on the steering column that move with wonderful solidity, exposed carbon trim (on the top model) and classy green and white contrast stitching. But then there are the basic, uninspiring and slightly shoddy parts; the heating controls, the column stalks, and the way the seatbelt tap-tap-taps on the B-pillar if there's no passenger sitting alongside the driver.

Interested to know what this car is like over a longer period of time? Read our long term review by clicking these blue words. 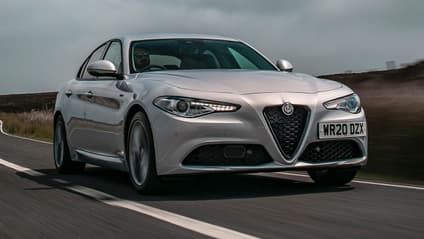 The Giulia, no matter how it’s powered, is a very good looking and capable small sports saloon from Alfa. It’s the first compelling rival to the Germans from Alfa in over a decade. It’s got real character and dynamism that makes us car types smile. Yes, there are some Italian idiosyncrasies, and it'll cost more per month than the usual German suspects, but it’s an Alfa, so what were you expecting? Such is the price of swimming against the tide.

If you’re looking for a left-field choice to the normal Merc, Bee Em and Audi, there’s finally something that’s genuinely tempting. And with the updates made to the interior for 2020, it's now slightly easier for your heart to talk your head into signing on the dotted line. 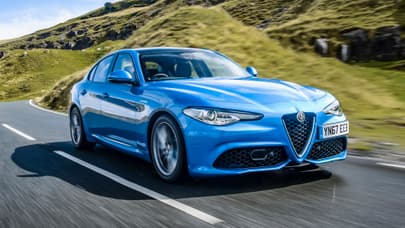 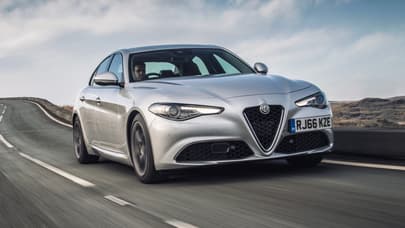 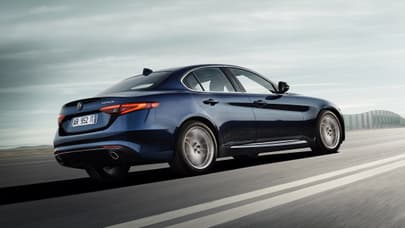