£147,900 when new
Read why you can trust our independent reviews 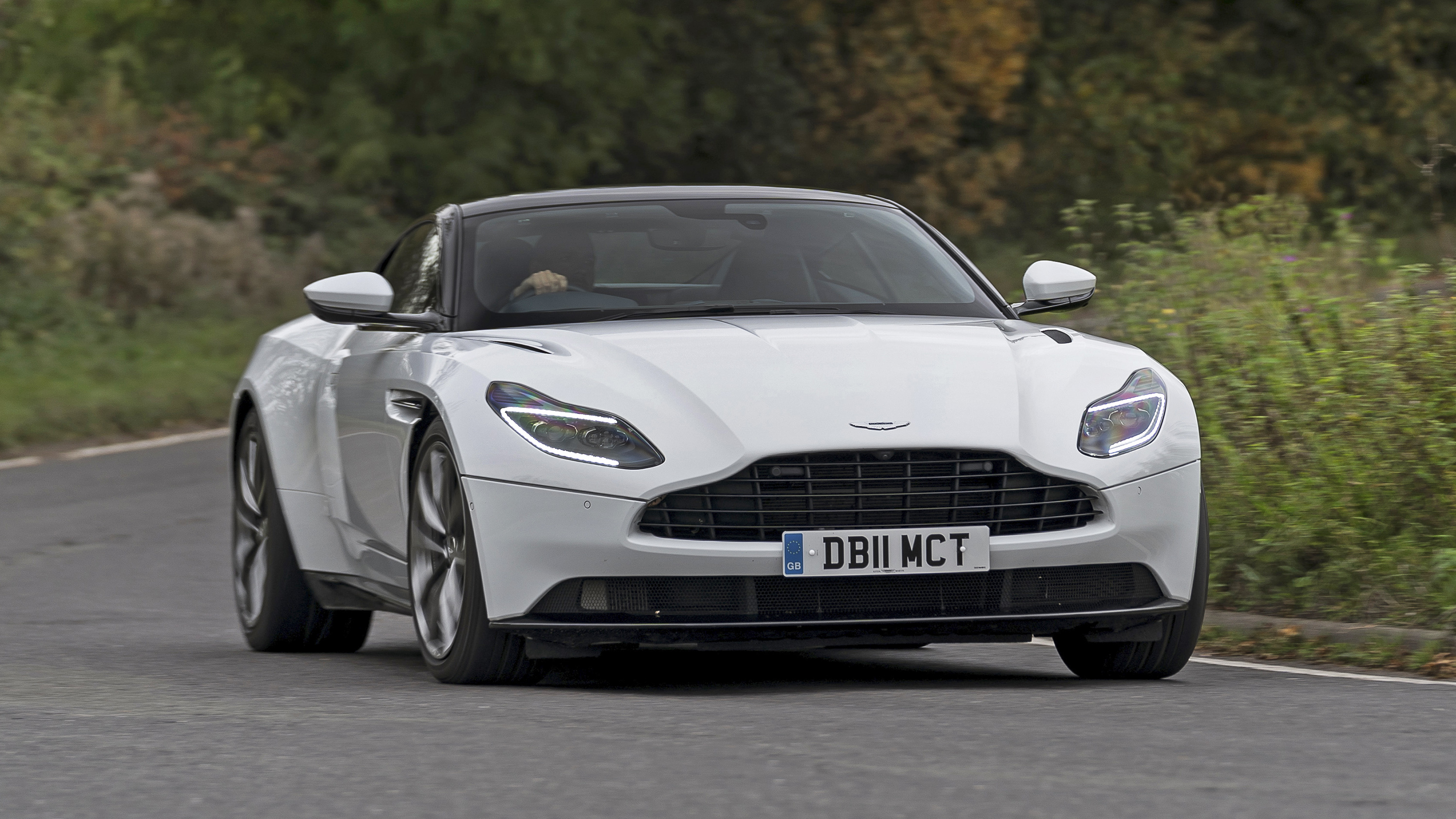 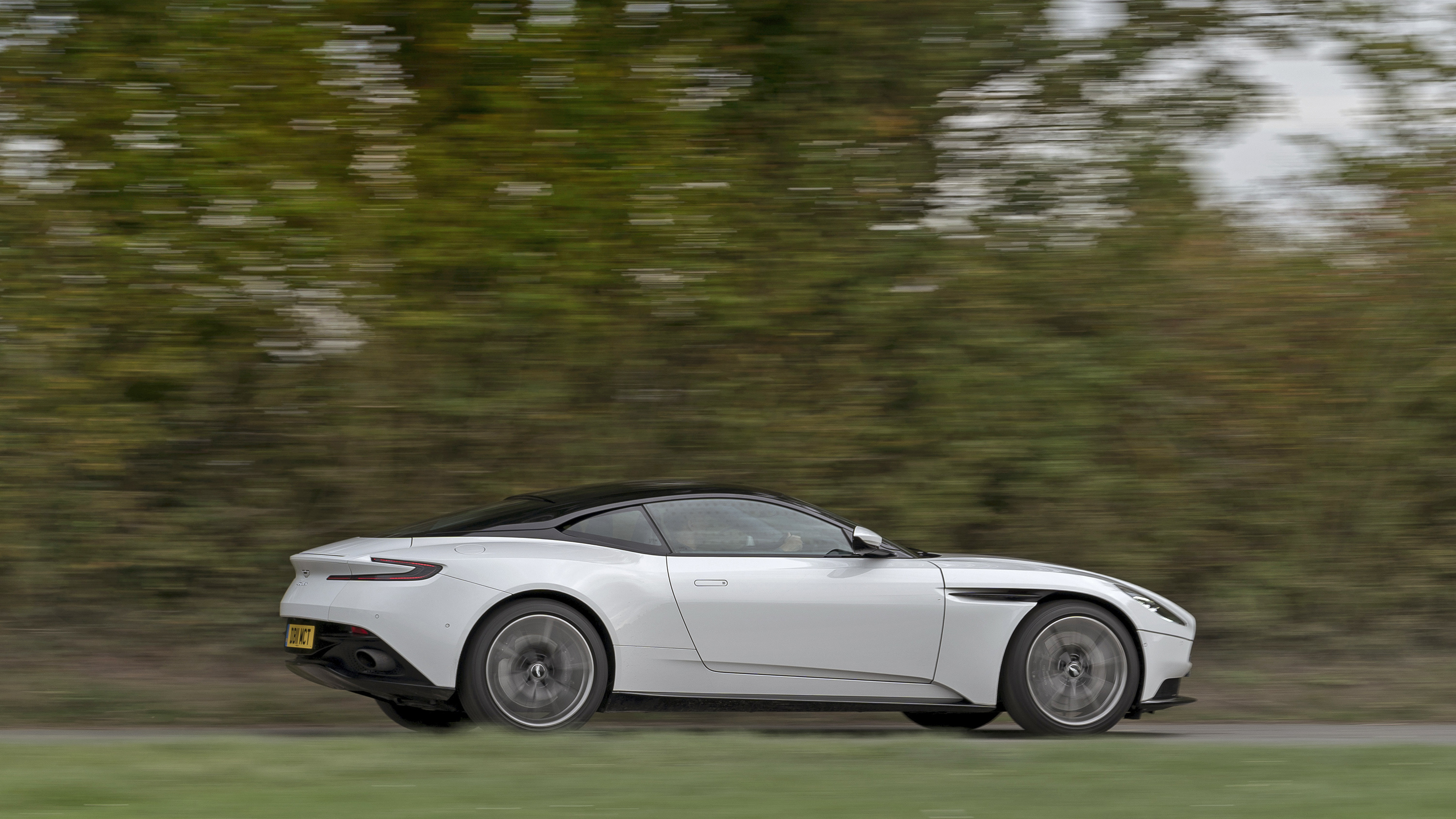 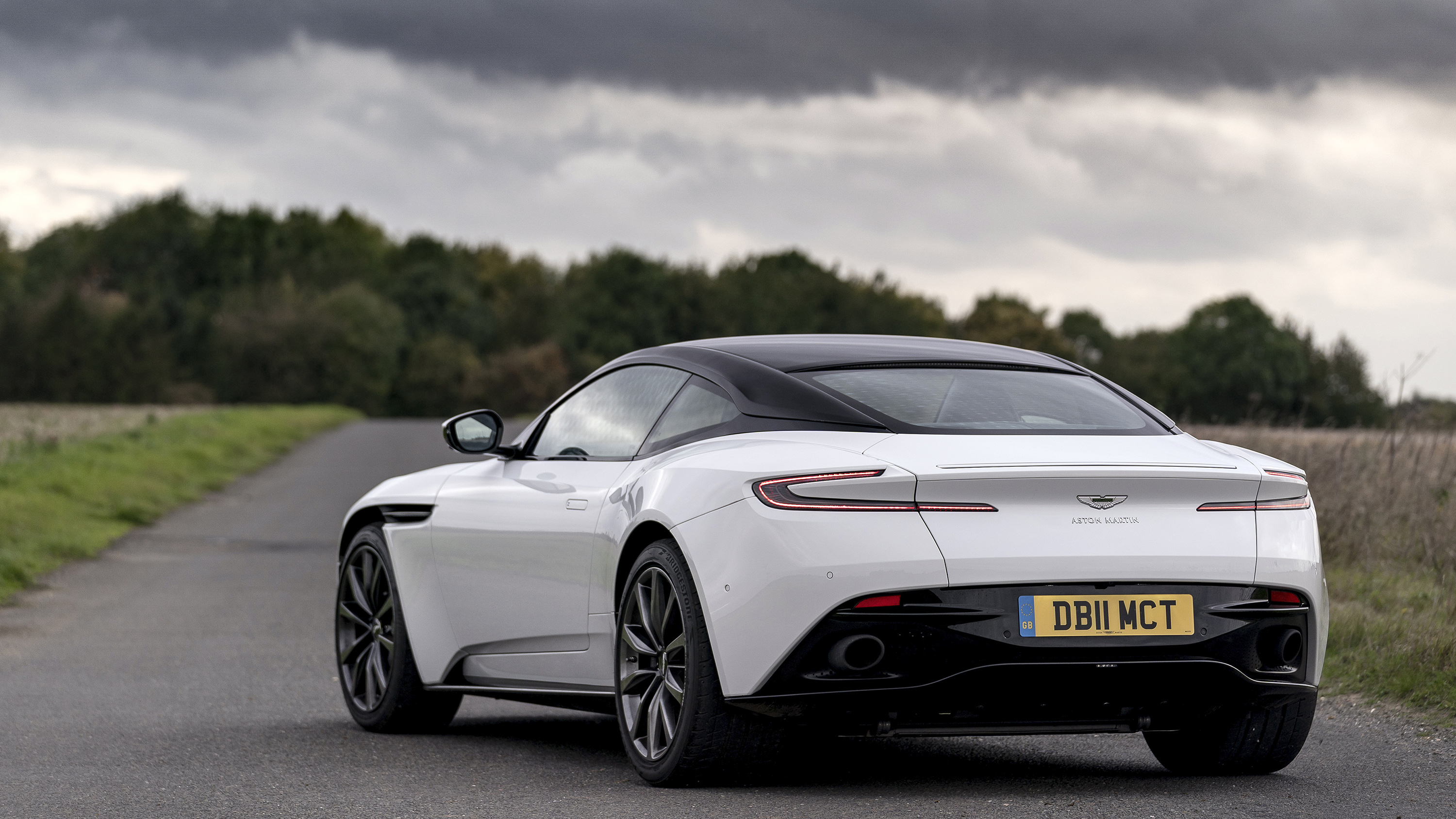 Another new DB11? Aston Martin is on a roll at the moment…

You’ve already seen this one. It’s the entry-level DB11, the V8, slotting in beneath the V12 and the Volante roadster. This is our first go in the UK. What’s interesting about it is how Aston is adjusting the DB11’s character with each version that comes along.

What makes you say that?

Well, first of all there’s the sheer amount of changes that have been made between the V12 and this. And secondly there’s the way it drives on UK roads compared to its bigger brother.

Let’s have a look at the changes first, because they’re quite extensive. Normally, for the sake of economies of scale, commonality of parts will be as high as possible between two models, but here the brake pistons have been changed, the electric power steering retuned, the springs are softer, the roll bars and rear suspension bushings harder.

There’s even a new lateral link at the back. Many of these changes will have been necessary due to the lighter V8 engine, but at the same time it’s hard to come to any other conclusion than Aston has used this model to update and improve the DB11.

Last year we ran a V12 DB11 in the Top Gear garage for a few months. If you drove it modestly, it was lovely: long-legged and relaxing. But if you put a spurt on, tried to use the prodigious power of the 5.2-litre twin turbo V12, the chassis simply couldn’t keep up.

The body rolled too fast (especially at the rear), the steering didn’t deliver enough confidence off-centre and on a bumpy road it could get a bit out of sorts. You’d be faster, more engaged and more confident across the ground in a 250bhp hot hatch.

Is the V8 better?

Yes, at least as far as handling goes. Firstly there’s the physics: lopping four cylinders off the front of the V12 (that’s a figure of speech – the V8 is an entirely different engine, and sourced from AMG) shunts the weight distribution rearwards a couple of per cent. It’s now 49:51 front/rear. The V8 is also 115kg lighter, and benefits from an additional year or so of development over launch V12s.

It’s a much crisper, more confidence inspiring car to drive. The steering is more positive on turn in and you get a much better sense of what the tyres are doing. It doesn’t lurch into roll as abruptly, so carves a smoother line; and when you come out the other side of the corner, you can actually use the torque without the back axle getting jumpy. The V8 is a much more together, tauter and rewarding car to drive. I don’t think it’s any slower, either.

It’s also much more efficient. We used to struggle to better 20mpg in the V12, but here 25mpg is easily achievable, which has the handy side effect of stretching the range out to an easy 350 miles between fills.

It also sounds like an Aston, not a Merc. It is the same 4.0-litre twin turbo V8 you find under the bonnet of almost every hot Mercedes-AMG, albeit in a slightly different tune and with Aston’s own exhaust system.

This is the important bit. Because as far as character, drama and appeal go, this DB11 V8 sounds, feels and acts like an Aston, not a Merc. Gone is the eruption into life that characterises all Merc applications, the hard-edged aggression. It does burble and pop on the overrun, but its mannerisms are entirely Aston.

It can get its power down, then?

Unless the road is wet, yes. That’s the only time you notice some squirm. There are one or two other issues to be aware of though. The brakes are terribly squeaky. This is an issue that also afflicted our V12, and made me feel very self-conscious just crawling along in traffic. Once again, for the type of use the DB11 will be put through, this probably matters more than outright stopping power.

The stoppers on this V8 were also particularly hard to modulate at low speed. From a standstill I’d ease off the brakes slowly and the car would do nothing, then abruptly lurch forward. That made it a hard car to drive smoothly, and no Aston should be anything less than polished to drive.

Is it suitably slick on the move?

As a grand tourer there’s too much road and tyre noise and the ride, even in softest Comfort mode, is more positive than it should be. I did a long journey with a passenger and it wasn’t as effortless as it should have been. Conversation couldn’t flow, where it would have done in a Bentley Continental GT.

The V12, for all its handling issues – and cabin noise – has a more relaxed gait than the V8. Doubtless it will soon be tweaked to improve the handling. I hope in the process Aston doesn’t forget it’s a GT and make it too sporting.

I say this because I’m not sure where Aston is taking the DB11. In my mind, this should be an effortless distance crusher, a lighter, slightly more sporting take on the Conti GT. But on the evidence of the V8, it looks more like Aston wants its range to reflect the new direction embodied by the Valkyrie, its forthcoming mid-engined supercar, the imminent Porsche 911-rivalling Vantage sports car, and so on.

I’m not saying this is wrong, as the firm has the room to broaden its repertoire considerably. It has the DBX SUV coming along, and the Lagonda brand to do luxury. You also only have to look at the success of McLaren and Ferrari to see that hardcore is good business. But the V8, while undoubtedly a better DB11, still feels slightly isolated, a GT that acts like a sports car and is happy to sacrifice an edge of comfort.

Who’s it aimed at?

That’s the question, isn’t it? I think wealthy older people will head to Bentley as they haven’t got to lower themselves down so far to get in, leaving the DB11 to a slightly more limber, youthful audience – those in their 40s and 50s with younger kids to slot in the back.

That’s me basically, and that’s how I used the V12. Nevertheless, I do prefer the overall attitude and balance of the new V8 – it’s just I’d like more noise insulation and more bandwidth in the adjustable damping to deliver a real GT car experience.