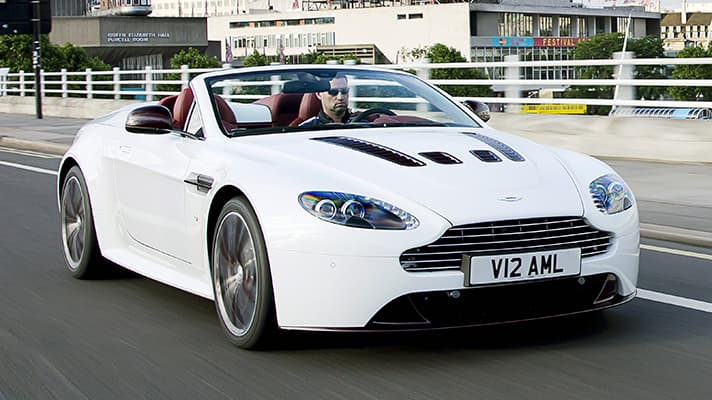 Do you remember the excitement that greeted the announcement that Aston was going to shoehorn its mightiest V12 into its littlest car? No? Well, take my word for it that, back in 2009, you were really quite overcome when Aston unveiled the V12 Vantage. The bonnet vents and pumped-up bodywork that contained the 6.0 V12 made this instantly the most desirable car in the firm's entire line-up.

So you'd imagine that Aston would have got on with a drop-top version pretty sharpish. Now, I'm sure there are all sorts of reasons why it's taken Aston four yearsto come up with the goods and that it's all part of some grand product plan, but the fact remains that the hype that surrounded the coupe has died down, momentum has been lost and, as a result, the fanfare that should have surrounded the arrival of the roadster is more of a small toot.

Because it's not like Aston's taken the time to fundamentally move things on from the coupe. The Roadster still develops the same 510bhp and 420lb ft of torque and retains a (increasingly unfashionable) manual gearbox. Not that there's anything wrong with this at all. 510bhp is plenty to be getting on with, making the V12 Vantage a gloriously rapid, effortlessly grunty motor, and the manual gearbox is far less faff to use than you might expect. This is largely because you don't need to apply the throttle to get going: just lift the long-travel clutch, and torque will do the rest.

And that 6.0-litre displacement is a pleasure to use - smooth and woofly and with punch right across the range when you want to indulge your inner Bond. It's a quite majestic car in many ways, sonorous and mighty and with towering acceleration. The structure doesn't flex too much despite the extra forces acting upon it, it's stable at speed and, provided you get on with the silly crystal key, there's little wrong with the cabin, either: good seating position and a kick-arse B&O sound system (if you fork out an extra £5,495) being the most noteworthy elements. The satnav (recently updated) is still an utter fiddle, though.

Despite its prodigious power and positioning as the sportiest model in the range, the V12 Vantage Roadster is happiest rumbling around - the engine never sounds better than in the first few seconds after cold start-up, and I have this nagging feeling that the Roadster has lost some of the coupe's barely contained hooliganism. That was Aston's hot rod, whereas Aston seems to have used the intervening years to add a little civility to the Roadster. But, hell, civility only stretches so far when you're talking about a car as over-engined as this. Yes, it is excessively expensive, and yes, like the similarly priced Lamborghini Gallardo we drove in issue 240, it is getting on a bit, and I'm not sure the V12's visual mods sit as happily here as they do on the coupe, but you know what? When you drive it, you don't really care.