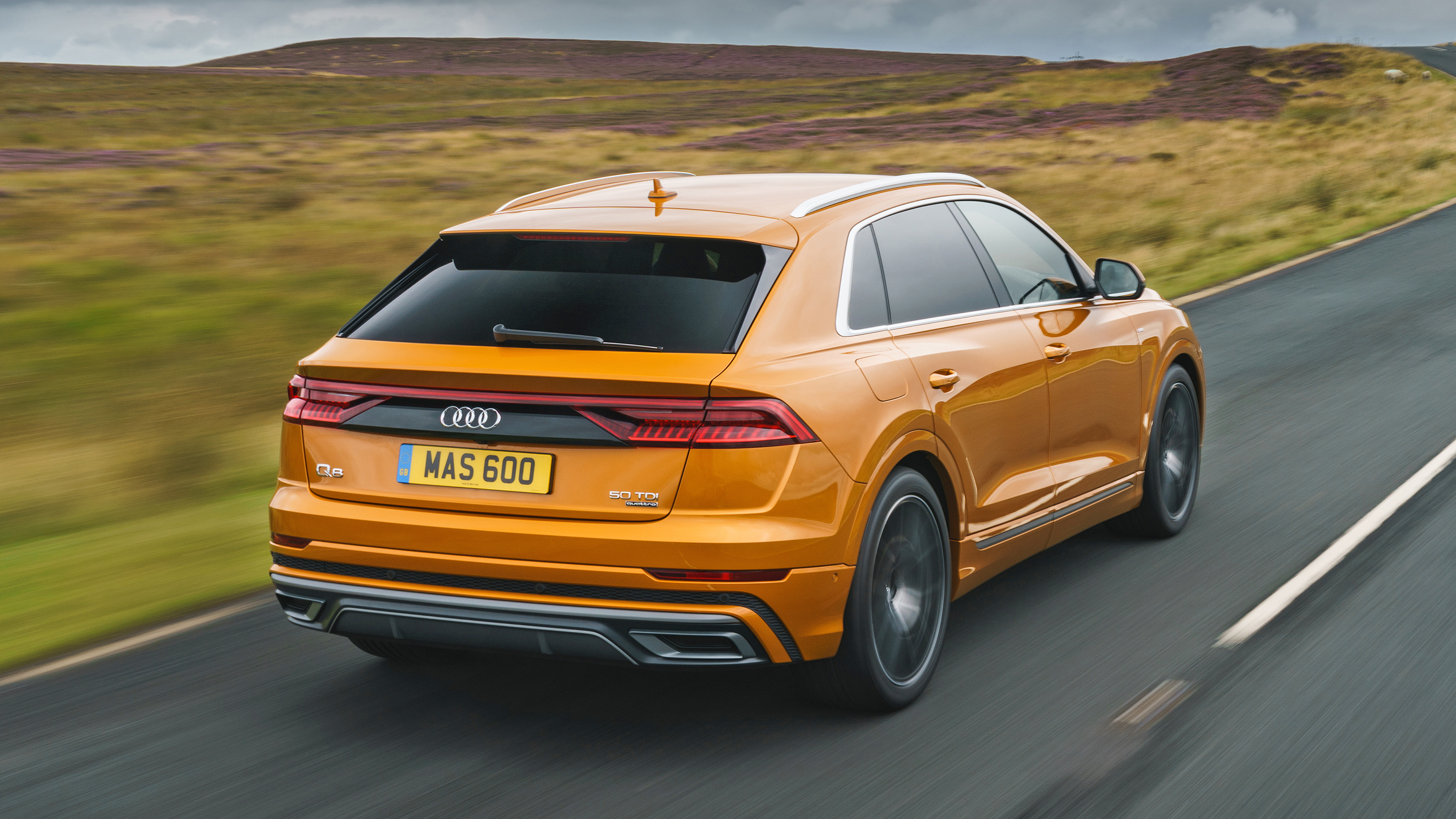 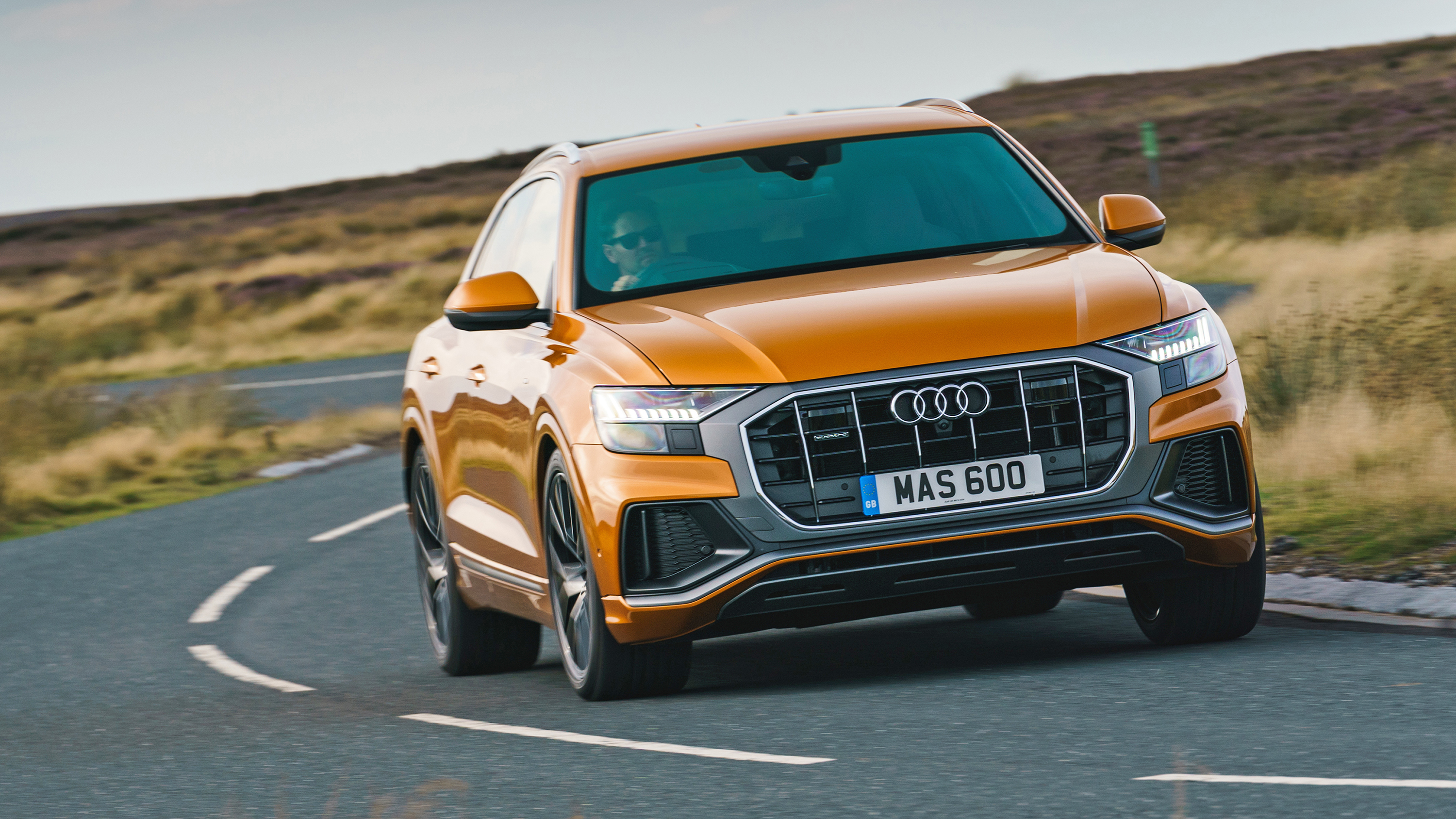 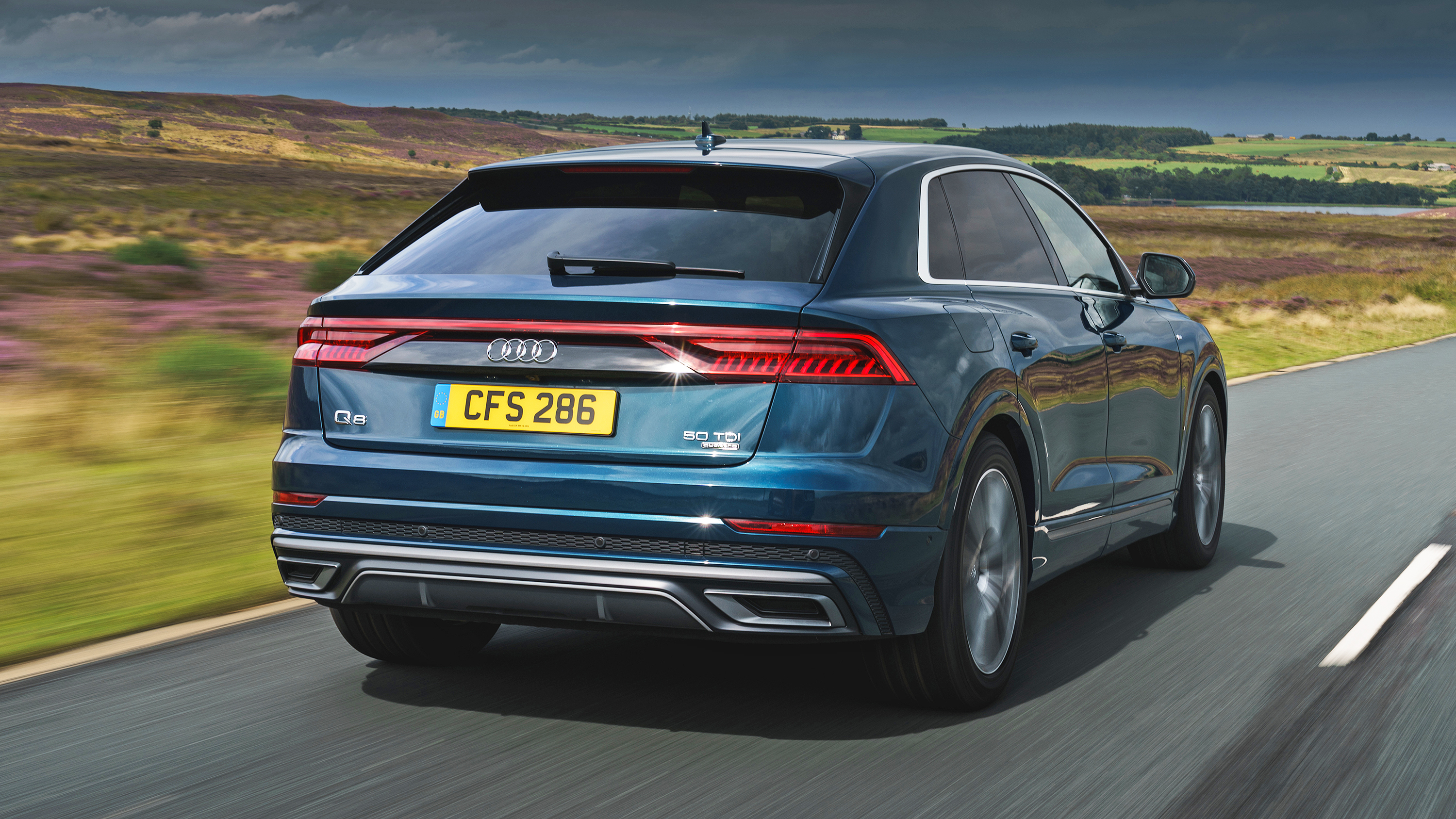 1 / 17
Advertisement
“Audi's big, aggressive Q8 is a comfortable cruiser and more practical than expected, with its smart interior a sure crowd pleaser ”

Better to drive and more practical than expected, tech-laden interior

Polarising looks, not as practical as a Q7, far from cheap

Audi’s Q-brand range-topper. Cram as many superlatives into an official description as you can, and you’ll have an idea as to how Audi regards its supersized SUV. Key rivals include the BMW X6 and Mercedes GLE Coupe in the premium SUV market.

Launched in 2018, it most obviously apes the A8 saloon’s slick, chunky and mega-mouthed design language, while being stuffed full of various strains of tech and looking expensive. It’s also a four-door, five-seater ‘with coupe styling’ – which just means the rear slopes more than a Q7 – though the frameless doors are actually really very neat, and unique in the segment.

There are big arches, fantastical feature lines, funky LED lighting and some bulging wheel arches. Boring it is not. Whether it’s to our taste is currently running at 50:50 though, and has been since it went on sale.

Feels it, too, especially around town, measuring over two metres with the mirrors. Once you’re out of the city, however, it shows its true colours as a rapid, comfy cruiser with a surprising ability to go around corners – full details on the driving tab.

All Q8s feature quattro AWD (with a standard locking centre diff) plus air suspension as standard, while dynamic all-wheel steer, which can turn the rear wheels by up to five degrees, is optional on lower-spec models and standard on top spec. Buyers also get an eight-speed automatic gearbox straight out the box.

It looks really smart in here, with the dash set up refreshingly clean and simple. You get Audi’s really rather lovely Virtual Cockpit as standard plus a dual screen infotainment cluster, while there’s quite a bit of progressive thinking and a clever materials mix. Oh, and then there’s the 39 driver assistance systems available depending on spec. You will not be short of buttons to push, that’s for sure. Head over to the interior tab for the full lowdown.

The 50 TDI and 55 TFSI get 48-volt mild hybrid tech, which is basically a little lithium-ion battery in the boot that feeds a water-cooled starter motor up front, a system that allows for engine coasting off-throttle, extended and improved (as well as smoother) stop-start functionality and reduced turbo lag.

The plug-in hybrid, with its 17.8kWh battery under the luggage compartment, gets a claimed (but as ever, taken with a pinch of salt) 122.8mpg with 52g/km CO2, plus an electric range of up to 28 miles at speeds of up to 83mph.

It’s not cheap granted, but neither is it particularly stiffly priced for the segment, weighing in at a basic price of £68,955 for the S line, £72,950 for the Black Edition and £89,750 for the Vorsprung. It’s wise to note that the latter is pretty much bingo on the ticking of the options boxes, so it works out at decent value if you want all the toys in one go. Head over to the buying tab for more. 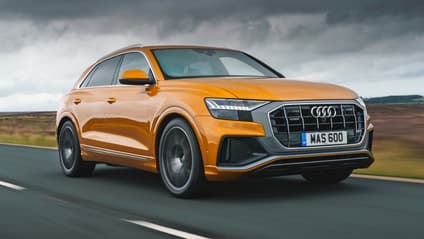 “Audi's big, aggressive Q8 is a comfortable cruiser and more practical than expected, with its smart interior a sure crowd pleaser”

It’s a complex car, the Q8. What feels initially like yet another thinly sliced niche actually resolves into a very capable SUV that’s a good deal more practical than the looks would suggest.

It’s polarising in terms of styling, but it certainly isn’t dull, and you can change the entire aesthetic with a choice of exterior colour. The interior is fantastic, the technology enough to make you feel like an early adopter, and it’s all executed in a way that makes you feel like this is definitely a class-leader in terms of gadgets. It’s not a driver’s car, but neither is it embarrassed by anything.