£110,395 when new
Read why you can trust our independent reviews 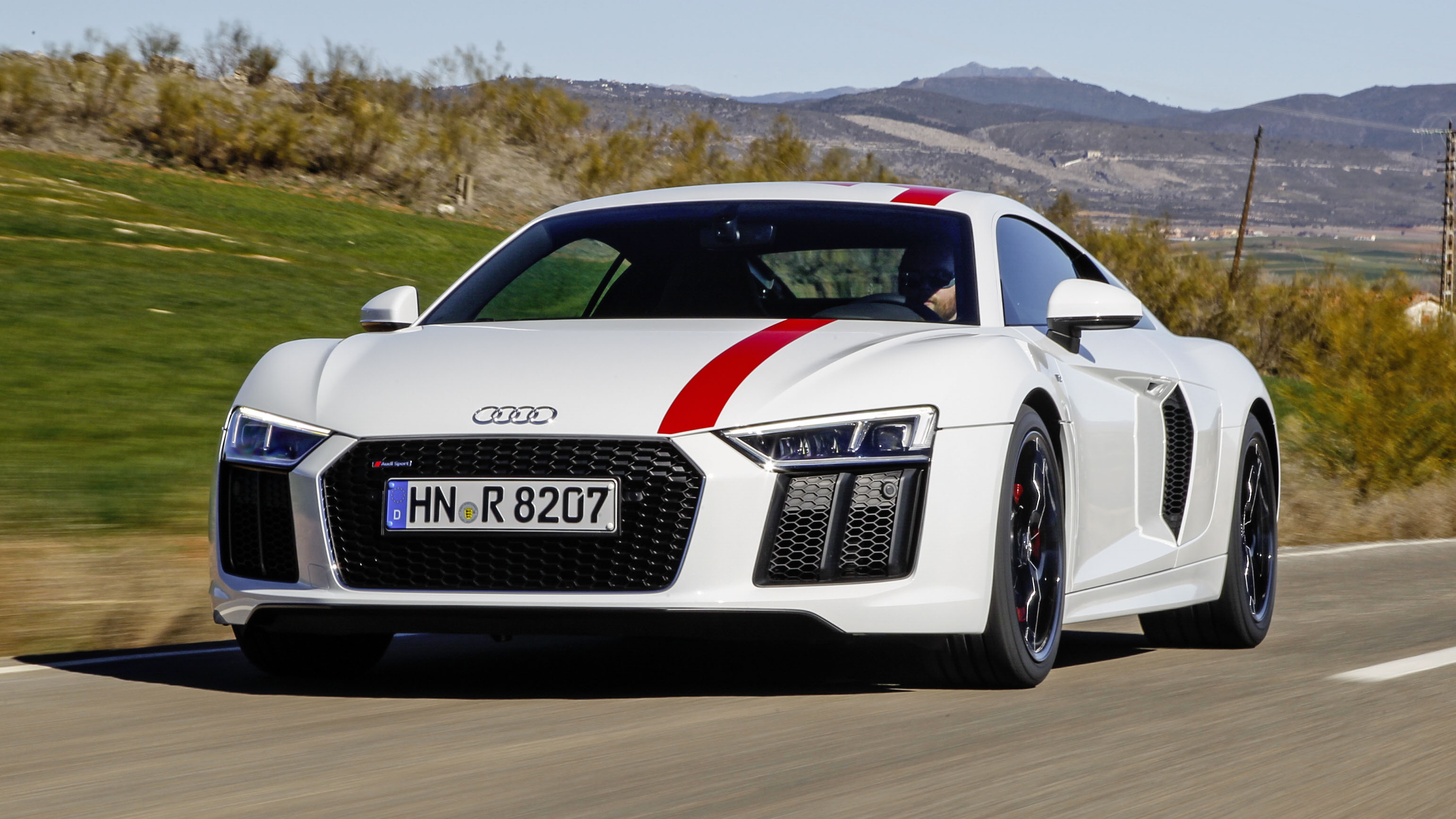 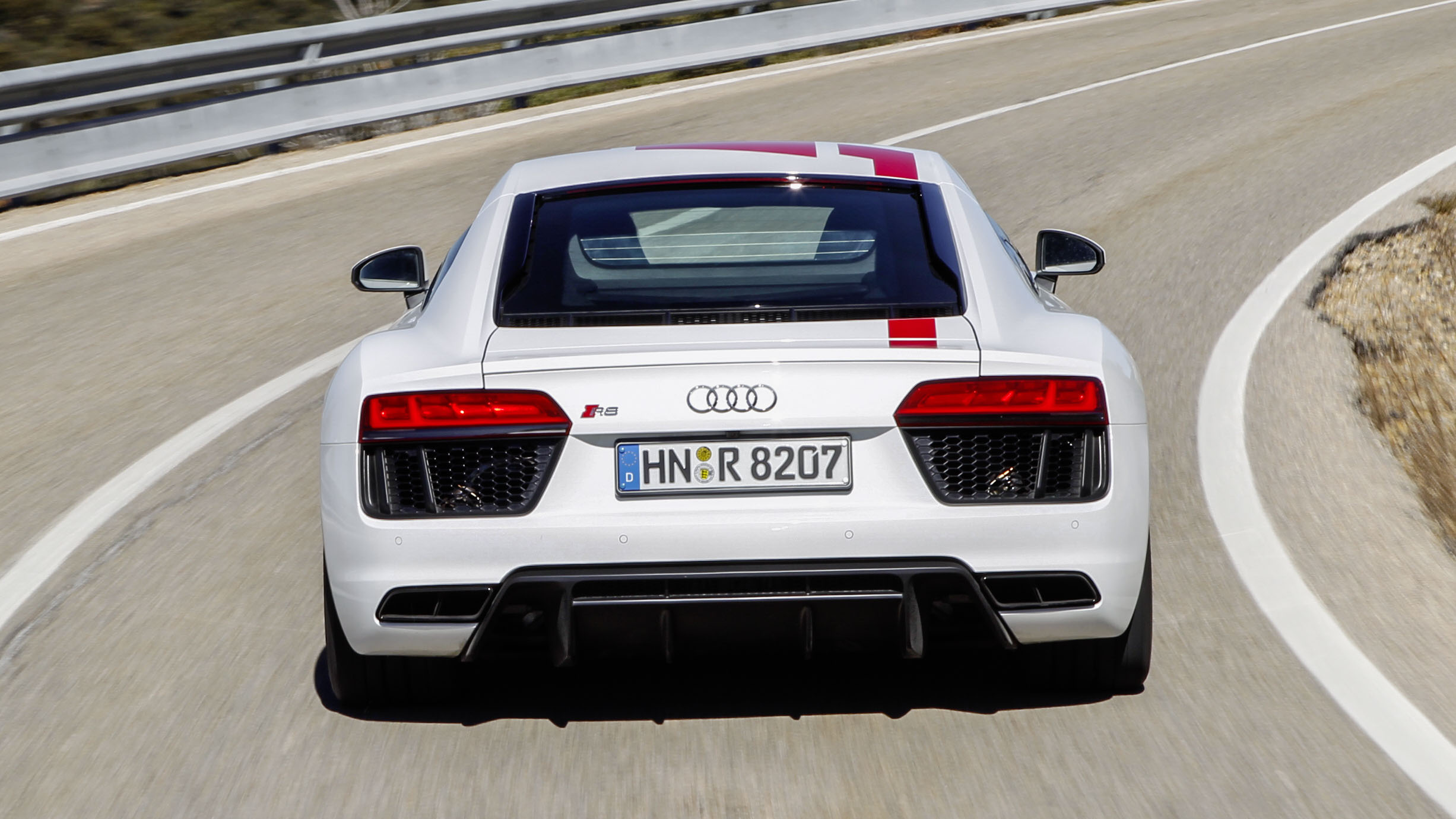 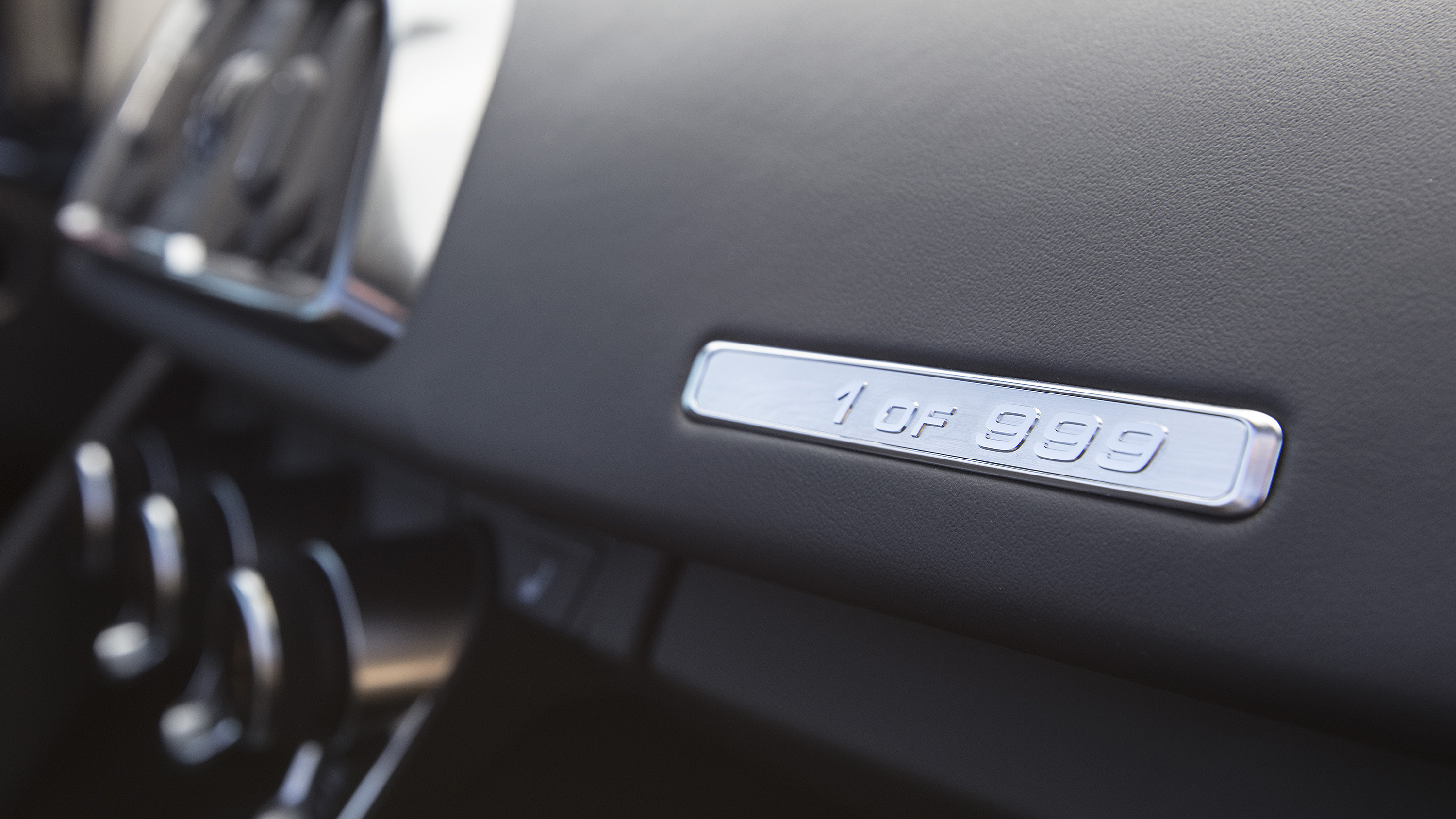 No, a rear-wheel drive Audi R8. The S stands, rather misleadingly, for Series. But what we have here, besides an R8 lacking a pair of front driveshafts, is very interesting.

Because of what R8 Rear Wheel Series represents. When was the last time Audi did a rear-wheel-drive sports car? You have to go so far back for it to be pointless. Back to a time before the legendary Quattro, before even sports cars were invented. To all intents and purposes this is Audi’s first ever rear-wheel drive car.

And that matters. It shows, in a way that far outstrips the fact Audi is only making 999 of them, that the days of dull Audis are over, that it wants to be taken seriously as a builder of purist sports cars. At least I hope it does. If not we’ll just chalk this one up as another colossal missed opportunity.

Is it good then?

It is. Properly. Although it’s maybe not the car I expected it to be. The Coupe is priced bang in line with a Porsche 911 GT3, so I assumed it would take a similar stance: lighter, harder, faster. But it’s not like that. Instead it’s simply a better R8.

Let’s go back to the start first. It uses the R8’s smaller, non-Plus tune of 5.2-litre V10, so develops 533bhp at 7,800rpm and 398lb ft at 6,500rpm. It sends this, via a twin-clutch paddleshift gearbox, to the rear wheels alone. No disconnectable driveshafts or other tomfoolery here.

This has saved 50kg, reducing kerb weight to 1,590kg. Audi has decided to save you the bother of trying to option more weight back in. So you can’t have the dreadful Dynamic steering, or the adaptive dampers, even if you want them.

There’s no four-wheel steering, nor is the rear differential electronically controlled, just a straightforward mechanical locker. The message here is that this is a simple car. Correction: a simpler car. It’s hardly a Caterham.

You’re talking about the 0-62mph time. And yes, at 3.7secs (3.8 for the Spyder) it’s 0.3secs down. Actually it’s more than that since we’ve timed both 4wd versions at three flat to 60mph. Anyway, off the line, rear-wheel drive is always going to lose. It doesn’t matter, because raw speed is not the aim here.

Instead Audi has worked the details. The steering still has the same, relatively sleepy 15.7:1 ratio. But the geometry has been altered, the calibration is new and there’s a thicker front anti-roll bar. At the back the rear wheels have more camber. The passive dampers are stiffer all round.

Do you notice the effect this all has?

Absolutely. I used to run an Audi R8 V10 Plus Quattro, and one of the things that frustrated me was the steering: it needed to be sharper off-centre. Now it is.

Better than that, there’s more weight and feel to it as well. When you turn into a corner, you have more confidence that the car is responding – there’s no slack or delay, no need to take a second bite or adjust your lock. So the R8 is now more biddable and faithful on turn-in.

And then, when you get back on the power, well, it still just has absurdly good traction. Oversteer? Not on a public road, sunshine. There’s just too much grip delivered by the 295-section Pirelli P Zeros and that mechanical diff. Instead the RWS just holds its line and accelerates out. But no steering corruption either, just a more natural sense of the car’s behaviour.

God it flows well, it really does. On Spanish roads at least, the set-up of those passive dampers felt like perfection. Nothing needed a double take, no mid-corner camber changes or bumps upset it. It just went down the road in a beautifully fluid way.

Would it do the same in the UK? My gut instinct says yes. There’s enough travel in the suspension for it to cope, the chassis is definitely stiff enough, I don’t think it would get thrown off line or pitched about.

Did you drive it on a track, too?

In a fashion. Audi isn’t stupid. They wanted us to feel what it was like with the traction turned off, they just didn’t want us too close to tyre walls and gravel traps. So they found a test facility with a 20-acre tarmac field, laid out a series of hairpins and tight corners around cones and fitted an RWS with a set of winter tyres. Jeopardy-free drifting.

Of course it does skids. Audi may not have any rear-drive experience, but it’s clearly worked hard to make this work well. It’s controllable, has great natural balance, a big angle sweet spot to work with and steering that does all it can to assist you.

The differential can make it feel a bit abrupt as the R8 comes back into line – you have to be wary of it snapping back the other way, but (for all its irrelevance) the mid-skid stuff is lovely. And you get to listen to 10 cylinders thrashing about while the RWS struts its stuff.

How is the engine?

Still possibly the greatest single thing about the car. It’s just sublime: so richly toned, so peachy smooth, so soaringly strident, so instantly and perfectly responsive. From the way it digs deep at 2,000rpm, via the ramp-up through the mid-range, to the howl as it closes in on 8,700rpm. So good.

It’s as much of a joy to use just as the flat-six in the 911 GT3. A little less chuntery and mechanical, but then that’s the R8 all over. It might be RWD now, but it hasn’t lost its manners - it’s a smoother, more cultured, more magnanimous car than the Porsche GT3. Think 911 GTS, instead. The everyday 911 you know and love, just with a bit more edge.

The double-clutch gearbox partners the V10 perfectly, the brakes (regular steel items, not carbon ceramics here, although they are available) are strong, the whole car has been tuned to itself, so each component works harmoniously with all the others. This makes it a terrifically flattering car to drive. Except for the flimsy plastic gearshift paddles. Come on, Audi, why didn’t you change them? They were a letdown when the current R8 launched, and inexcusable now.

That aside, the rest of the cabin is a joy – OK, you still sit too high, but these part-manual/part-electric seats are the ones to have, and the layout and design fits the tone of the R8. Equipment levels match the standard V10, reiterating the point this ain’t no stripped out road racer. Oddly the front boot isn’t any bigger now, which is a pain. Its 112-litre capacity isn’t really enough.

So how does it slot into the range?

It’s the one to have. And what terrific value it looks too. But that does raise a couple of questions. Unless you spend your life driving between ski resorts, why buy any other R8? This one’s easily secure and stable enough. Also, what’s stopping the suspension and calibration changes being implemented on the Quattro R8? The engineers were clear they can be. A matter of time, perhaps.

Will the RWS help the R8 return to the glory it enjoyed a decade ago?

No, the current R8 is a conservative reimagining of the original, and the RWS is a conservative take on a more dynamic R8. Plus the Audi now competes in a far more heavily populated and talented pool. Even with its tempting list price, it has to face down everything from the Mercedes-AMG GT to the McLaren 540C, from the Porsche 911 Turbo and GT3 to the Lotus Evora, BMW i8, Aston Martin Vantage, Honda NSX…

But you know what? Even in that field, the R8 remains a terrifically good car. If I was after a daily driver it might well be my number one, if only for the knowledge that a couple of times on any journey I’d be able to uncork that V10.

What does the RWS mean for future Audi Sport products?

Diddly squat, I suspect. I have a feeling this, and the change of the division’s name from Audi Quattro to Audi Sport, are the legacies of Stefan Winkelmann’s brief tenure at the helm. He’d done rear-drive Gallardos and Huracans at Lamborghini, he went route one at Audi, and now he’s gone, off to head up Bugatti.

The best we can hope for is that Audi will swallow humble pie, admit that Merc and BMW beat them to the switchable four-wheel-drive thing in their sports saloons, and diligently follow suit. If the RWS helps ensure that, then it’s performed a valuable task. Audi needs to use the RWS as a springboard. It’s good enough to launch the brand to much greater things.